We are grateful to Charlotte who worked with us in November 2021 to share her story here. Sadly, she passed away in March 2022. We remember Charlotte as we continue our work to raise awareness of this devastating disease and to fund research to help find a cure. She will be forever in our hearts.

Mother-of-two Charlotte Hobbs, from Penarth in the Vale of Glamorgan, was first diagnosed with a brain tumour in July 2010 after originally being misdiagnosed with back spasms. Six weeks of radiotherapy followed an awake craniotomy and the results of her biopsy confirmed Charlotte had a grade 3 anaplastic astrocytoma. Charlotte finished treatment in 2011 and was given six-monthly, then yearly scans to monitor any changes. Then, in October 2020 she received the devastating news the brain tumour had returned and she is currently receiving chemotherapy, following her relapse.

If I hadn’t been through this whole experience, I wouldn’t have had my daughter, Catrin. She’s now 10 years old and her big sister, Freya, is 15.

Just over 10 years ago I was diagnosed with a brain tumour. I first started experiencing what I used to call ‘jazz hands’ at the beginning of 2010, where my hands would shake and my arm would move uncontrollably. It started off just at night and I wasn’t sure if I was dreaming, but then it would happen in the day too. I went to the doctors three times and was finally told that it was due to back spasms.

One night that June, in the middle of the night, I suffered a grand mal seizure whilst in bed with my husband, Dafydd. He called an ambulance and I was taken to Heath Hospital in Cardiff. When I ‘came to’, I had no idea what had happened or where I was, I didn’t even know who Dafydd was.

“I was stopped in my tracks when, later that day, I was told I had a brain tumour.”

The misdiagnosis of back spasms earlier in the year made me feel stupid and really embarrassed, even now I hate making appointments because of it. I was prescribed anti-epilepsy medication and in August, I went back to Heath Hospital for an operation to remove the tumour.

I had an awake craniotomy which, in 2010, was a relatively new procedure. I made a playlist on my iPod for the first part of the operation, when I was awake, so I couldn’t hear the terrifying noise around me. The song I most remember was a cover of ‘Bridge Over Troubled Water’ by the group Hearsay. I remember this because one of the doctors made fun of my song selection.

Surgeons took a biopsy of the tumour and told me I had a grade 3 anaplastic astrocytoma which required six weeks of radiotherapy at Velindre Cancer Centre in Cardiff and regular check-ups. I used to cycle to some of my appointments and still ran on the treadmill in the gym, it was important to me to keep up my fitness, this time, with my newly-bald head.

Two months later I went back to work as a detective sergeant for South Wales Police on restricted duties. I wasn’t able to drive or take part in any frontline tasks. I only needed to go back to hospital for six-monthly and then annual scans.

“The oncologist said it would come back and if I wanted to have any more children, I should start making plans now.”

In January 2011, after my treatment finished, Daf and I got married in Brighton in Sussex. The date was 1.1.11 and it was just the two of us. That wasn’t the only good thing to come from this experience. Our daughter Catrin was born in October 2011 and is little sister to Freya, who was five at the time of Catrin’s birth. 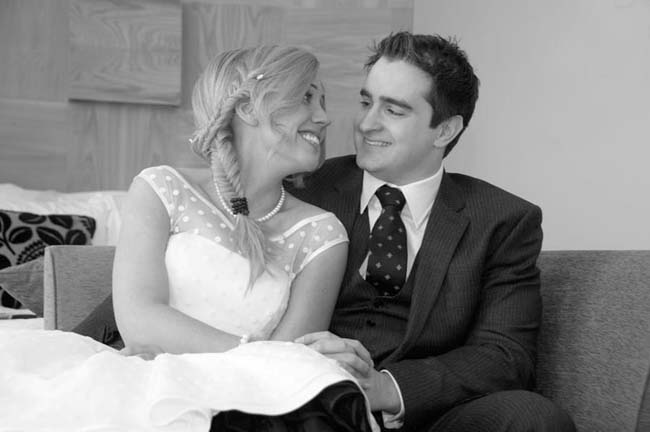 After my maternity leave, in June 2012, I decided to hand in my notice for the police force to pursue a career in personal training (PT) instead. However, it wasn’t long before I found the PT didn’t challenge me enough, so when my chiropractor suggested I did a part-time master’s course in chiropractic, I applied for a course at BPP University School of Health in London and started studying in January 2016, still doing PT at the same time.

I travelled to Abingdon in Oxfordshire once a month for four years for practical sessions and did the theory at home online. The final exam was due to take place in November last year and I was due to spend the fifth year in the student clinic in Abingdon but the brain tumour relapse came a month beforehand.

I was used to getting phone calls with my scan results but when I didn’t get a call like I usually do, we phoned for the results and they said: ‘we can’t give you them over the phone, you’ll have to come in’.

“The results were a massive shock; I was expecting to be told the same thing as usual, that everything was stable.”

They said my tumour had grown back and it was more aggressive than 10 years ago. The doctors thought it was a grade 4 anaplastic astrocytoma but the full biopsy results later showed it to be less aggressive.

On 2 December 2020, I had another awake craniotomy and this time would need chemotherapy. I went in on the Thursday and the consultant had said I could go home at the weekend because I was well enough when he saw me the day after surgery, but the weekend staff said I had to stay until Monday. Thankfully the nurse corrected the staff and I got to go home on Saturday. It was important for me to go home and be with my family. 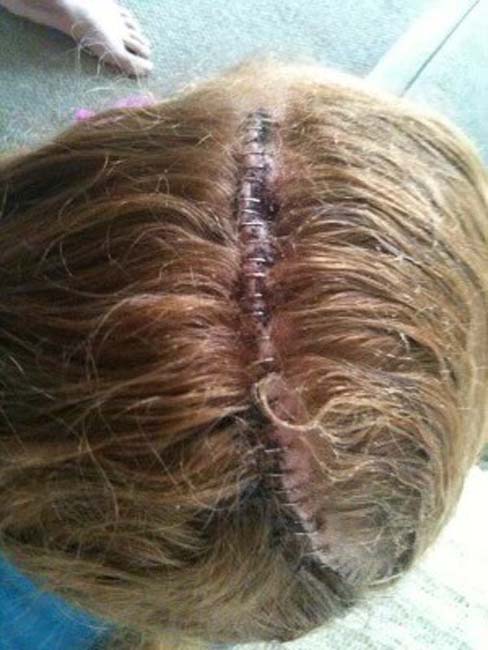 With the second surgery, Dafydd had to drop me outside the hospital doors and wasn’t allowed in due to COVID-19 restrictions. It was really hard. I remember him saying it was better this way because he felt like he had done his job in keeping me safe so I didn’t get ill before the operation and it could go ahead.

The first time around, Freya was really young and she didn’t really understand, I said to her: ‘I’ve just got something wrong with my head’. This time it was different. I had two girls to get me through but it was hard to be apart from them. I can’t remember exactly what I said to Catrin but she knows that I have cancer, I’ve said that it’s not a bad one. Freya knows a bit more. Both the girls had time off school. My eldest, Freya, stayed with her dad in Barry, leading up to the surgery and for some time afterwards, to reduce the risk of me contracting COVID. We were able to see each other on Christmas Day but had Christmas dinner alfresco because of the restrictions in place. 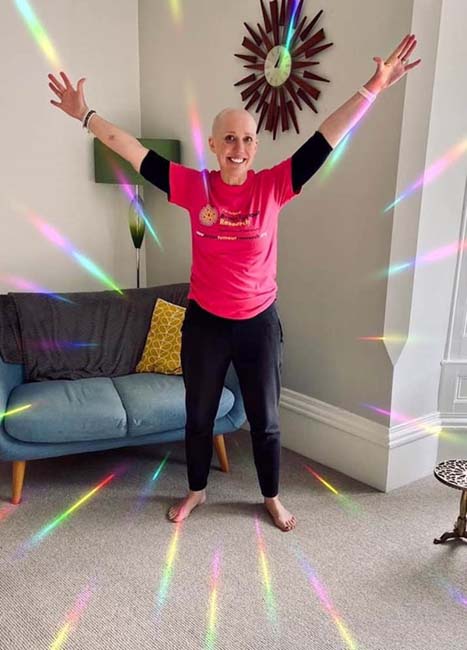 Over the past 10 years I’ve done several challenges to raise money for charity and I am currently doing 100 Star Jumps a Day in November during chemo. It’s making the Three Peaks Challenge and my London to Brighton 100k walk feel like a stroll in the park but it means the world to me to be focusing on something positive throughout this ordeal and to be contributing towards finding a cure for this awful disease. So far, I’ve raised over £9,000, which I’m so very proud of.

I’m now on cycle eight of 12 of chemotherapy and I passed my clinic entrance exam in August 2021 whilst on the treatment. I will graduate with the rest of the class in January 2022. I really enjoyed the medical side more than the practical, so I am looking to go into a career based on medical research. I know all too well how important this field is and I am hoping to be able to make a positive impact through my own work in the future. 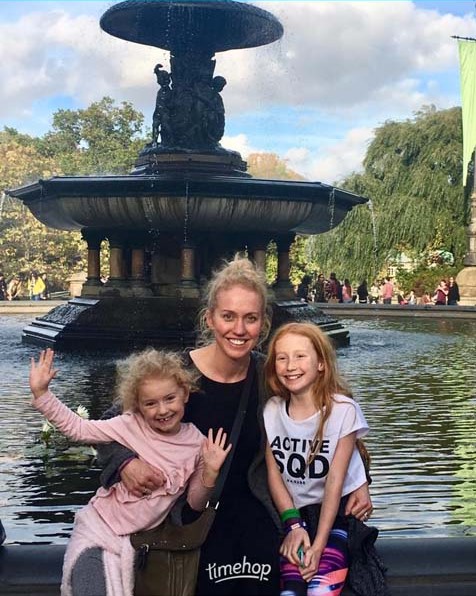