Blaise Nelson was diagnosed with multiple brain tumours in February 2018, at the age of just six. The schoolboy from Didsbury in Greater Manchester underwent major surgery and extensive treatment, including a clinical trial, to try to prolong his life. Tragically, his treatment options eventually ran out and he died at home in October 2019, leaving behind his devastated parents Rachel and Chris and three siblings, including his four-year-old sister, Asha.

His dad Chris tells his story…

Blaise was a bright, sensitive and resilient boy with the mind of a maverick. He was a great mix of thoughtful and silly. He enjoyed ‘rough and tumble’. He loved all things Ninja, football, reading, music and electronic games. He liked watching YouTube; he was an early adopter of the now hugely popular Ryan’s Toys and James Charles channels. Blaise was blessed with a quirky sense of humour and wild imagination, which he expressed through his unique fashion sense. He liked to take complete control of his wardrobe from a very early age. 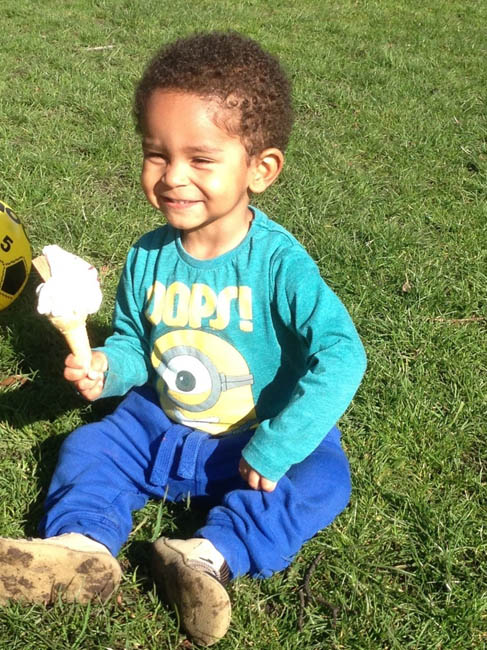 “Our nightmare began when Blaise started suffering with headaches, insomnia and a change in personality in October 2017.”

I must’ve taken him to A&E at least five times with various symptoms. Initially, doctors just didn’t know the cause but when Rachel spotted a lump on his head and they investigated, Blaise was finally diagnosed with a large, low-grade glioma in his brain and coating on his spine in February 2018. The satsuma-sized growth was near his brainstem, causing pressure to his cerebellum. He went through it all; surgery, 25 sessions of radiotherapy and 12 weeks of chemotherapy. He survived being ravaged by the cancer treatment; losing his hair and regaining it, losing weight then putting it back on. He was a fighter. 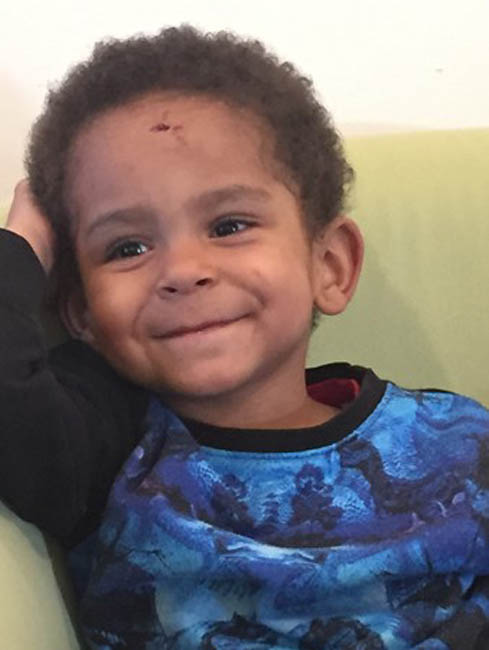 After the standard protocol treatment, Blaise underwent a clinical trial for a drug called Afatinib, usually trialled in adults and known to halt tumour growth for up to five years. Within a couple of months of him going on the trial, we could see the light coming back to his eyes. We always knew, however, that it was a case of prolonging the time he had left rather than being able to find a cure. During this time, we were supported by some wonderful charities and they, along with the generosity of family, friends, the Didsbury community and Manchester music and arts communities helped pay for some amazing trips. We went to Legoland in Denmark, Gulliver’s Kingdom and Donna’s Dream House in Blackpool.

“We indulged him and tried to make all of his dreams come true. We made some brilliant memories that we’ll treasure forever.” 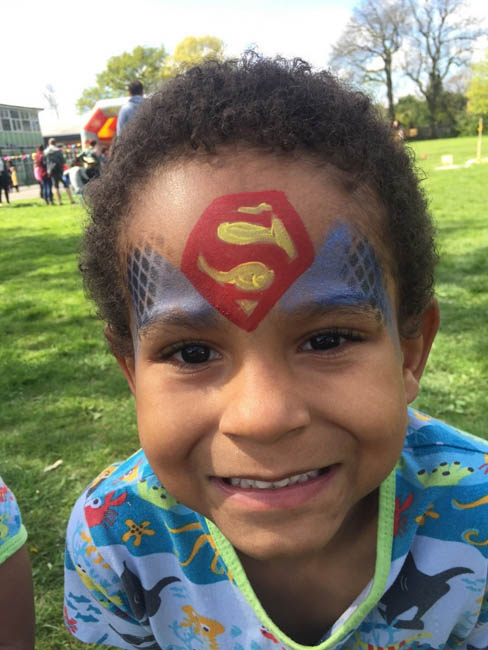 Blaise had a calm nature, which was appreciated by his classmates and he was a hugely popular member of the school community. He loved the social side of school, as well as the learning and was often the source of colourful ideas that he brought to his schoolmates. Luckily, he was able to return to school after his treatment, from March until September 2019, when his condition started to deteriorate. 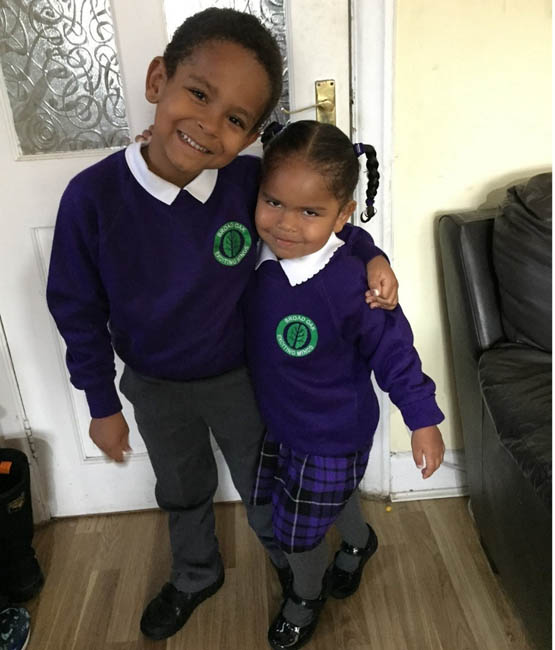 At the time when Blaise became ill, I was working as a DJ and Rachel also worked freelance. We both had to quit work to look after him and times were tough. We had to go onto universal credit and struggled to make ends meet at times but we were determined to give Blaise everything he wanted. In September 2019, our whole community came together to help put on a festival “Come Together for Blaise” at Burnage Community Sports and Social Club, to raise money for a fund we set up to help pay for a family holiday for him to make memories. It was an amazing event, featuring Happy Mondays’ Rowetta and the rapper MC Tunes.

“It was a love-filled celebration of music, comedy, poetry and family fun, perfect for our flamboyant little warrior.” 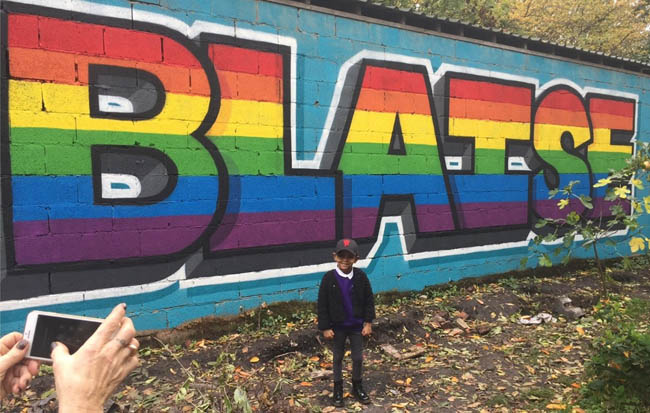 Blaise’s fight against the cancer was often difficult but Rachel and I refused to let it define him and Blaise certainly didn’t allow himself to be defined by this awful disease. Instead, he spent the last year of his short life playing with friends, learning at school, dancing, singing and enjoying life. 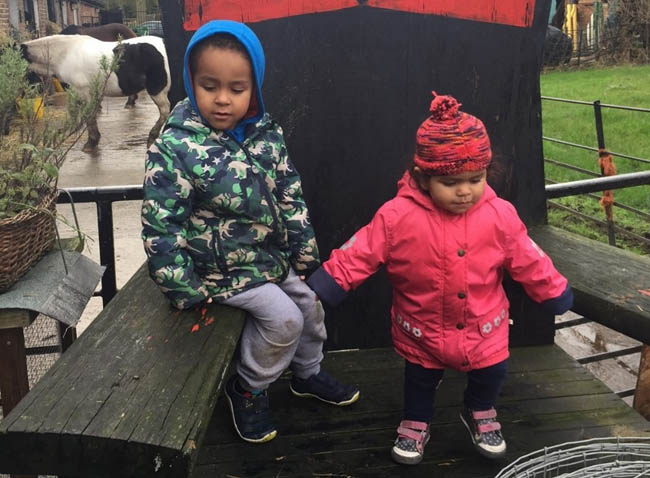 Blaise was tragically wrenched from us on 18 October 2019. Hundreds of mourners came to his funeral wearing bright colours, at our request. The funeral procession started at our home and people lined the streets to pay their respects. Blaise’s school, Broad Oak Primary, was closed for the day so friends, parents and staff could attend the ceremony.

“Things have been incredibly difficult since losing Blaise but Rachel and I have had to try and remain strong for Asha, who is now seven.”

Blaise and Asha had such a wonderful bond. They were like chalk and cheese in many ways but their souls combined perfectly to create a sibling relationship, filled with laughter and love. Asha is a very bright little girl and we have fretted a lot over how Blaise’s passing will affect her but like her brother, she is resilient and probably stronger than we give her credit for. 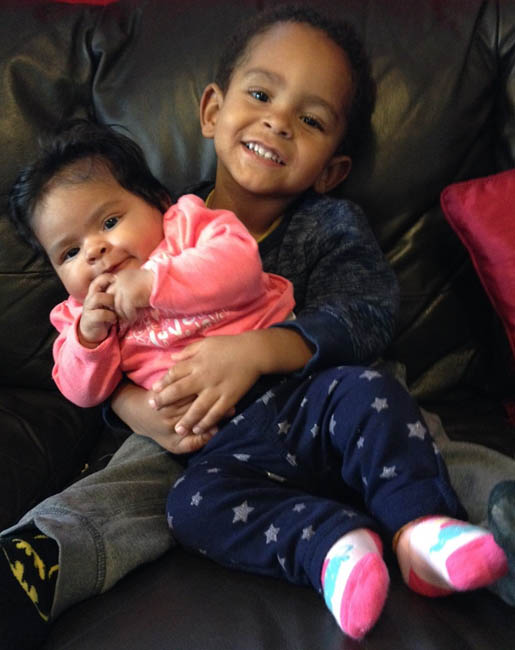 Since Blaise’s tragic death, my natural inclination has been to give something back in his memory. It’s taken some time to feel ready but now feels like the right time. I am no longer as involved in the music industry as I was but I am still passionate about music and performing and because Blaise was such a music-lover too, I’ve decided to fundraise by releasing three tracks of music and poetry in his honour. The EP celebrates Blaise and touches on our journey with him during his illness. Proceeds raised from the sale of the EP will be split between The Institute of Cancer Research (ICR) and Brain Tumour Research. It’s about awareness-raising as well as fundraising. One of the things that struck me was the length of time it took to get Blaise’s diagnosis and then after his diagnosis, the lack of treatment options available to us. I was particularly drawn to supporting Brain Tumour Research, as their Centre of Excellence at the University of Plymouth is one of Europe’s leading research institutes for low-grade brain tumours. I am dedicated to making a difference and in Blaise’s name, helping to find a cure for this terrible disease. 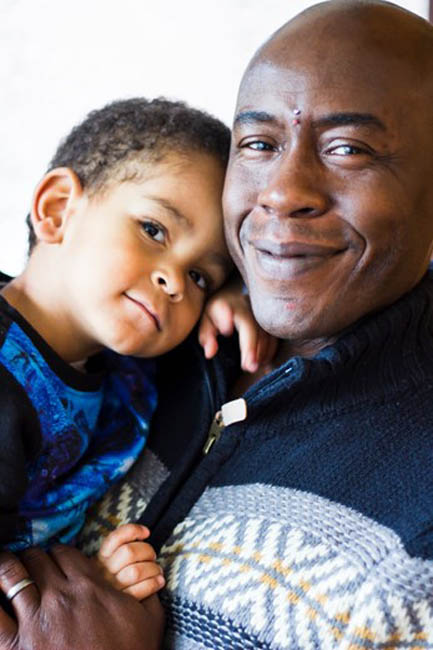 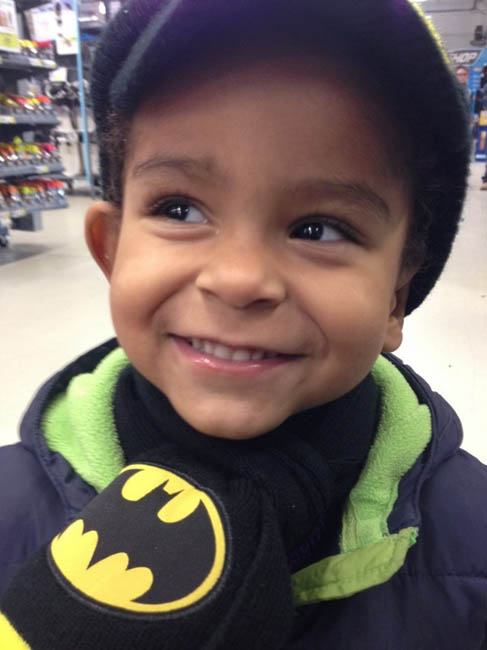