Aged 36, Andrew was enjoying life and in a job he loved. Tragically he was diagnosed with a glioblastoma multiforme (GBM) brain tumour and passed away just 10 months later, at the age of 37.

His mother Lynn tells his story…

Andy was enjoying life, in a job that he loved, going on road trips to America and having fun with his friends and godchildren: Annabelle, his best friend Paul’s daughter and Ollie, his nephew. At 6ft 4in, he was a gentle giant; the one to turn to in times of trouble. As his friends tell us, he was and continues to be the glue that keeps them together. 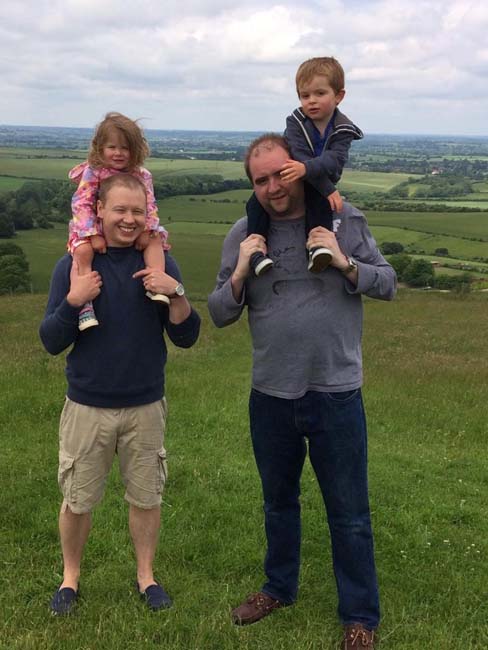 Andy never troubled the doctors or took time off sick, so it came as a surprise when, in August 2016, he told us he had been diagnosed with anxiety and panic attacks and was taking medication.

He described episodes of feeling strange, sweating profusely and feeling exhausted afterwards. The episodes continued and his medication was increased. By Christmas that year, it was clear he was unwell. He said he would notice a smell as the attack started.

When Andy returned to work in January, he was feeling unsteady on his feet and rang us to say his colleagues didn’t think he should drive home. He was told to take some time off and he arranged to see his GP again. 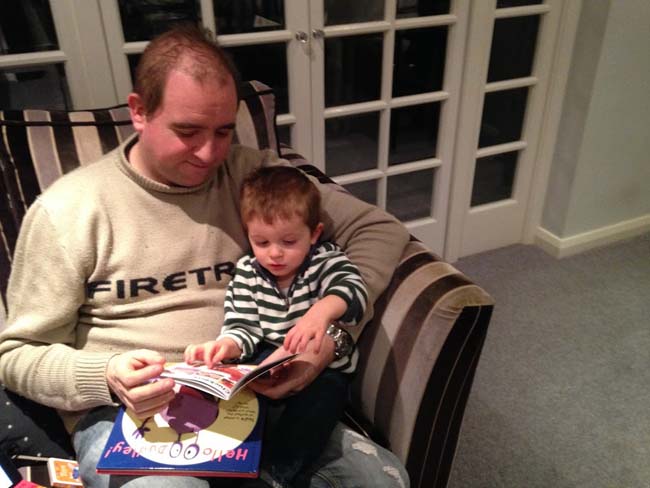 On this occasion, the doctor witnessed one of Andy’s attacks and referred him to a neurologist. As he had private health insurance through work, he was able to be seen the following week. Andy had an EEG and returned the following week for an MRI scan. It was when we heard that he needed at CT scan as well that we realised there was something seriously wrong.

“I remember the consultant turned the screen to face us and it was clear there was a large mass in his brain. Andy’s dad Alan and I were there and we were all in total shock.”

We were told Andy needed surgery within days. At that moment our lives changed forever.

Andy started on steroids that evening. As we left the hospital, Andy gave a wry smile and said: “well, I told you I was ill” and then he laughed. 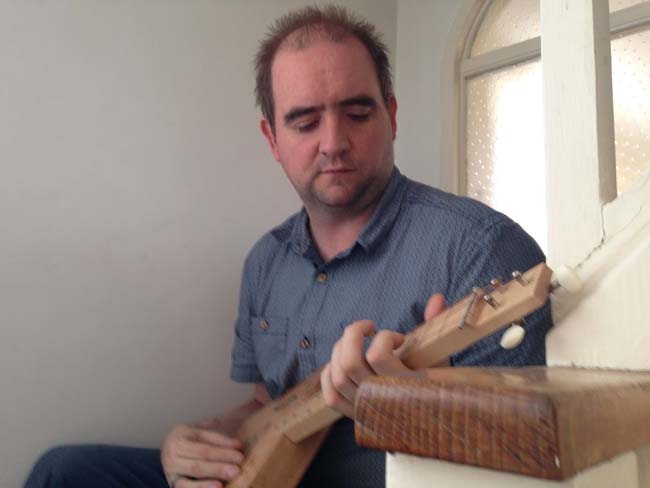 As Andy lived on his own, he moved back to our house, I handed my notice in at work and the rest of the journey began.

The surgery went ahead; six hours of debulking, but not all of the tumour could be removed. Andy sat up in bed in recovery and told us he was starving. He was offered an apple which he thought was hilarious as they had cut through his jaw muscles which meant he was unable to eat it.

“Andy had been home a couple of days when we had the diagnosis confirmed that he had a glioblastoma multiforme (GBM). It was the worst news because the survival prognosis for this type of brain tumour is so bleak.”

And so Andy began the standard treatment of gruelling daily radiotherapy over a six-week period in London. He never complained. Going up in the hospital lift to see his consultant on the 15th floor was particularly difficult for Andy. The fluid in his head would often make him feel very unsteady, sometimes causing him to fall, and we always hoped we would be able to go straight up and not end up stopping at different floors.

He continued to have episodes which by then were causing his legs to give way unexpectedly, so he bought a mobility scooter that could be transported in the car. We visited family and friends and had trips to the New Forest, a place that we have visited regularly since he and his sister Amy were children. We all have happy memories of time spent there. 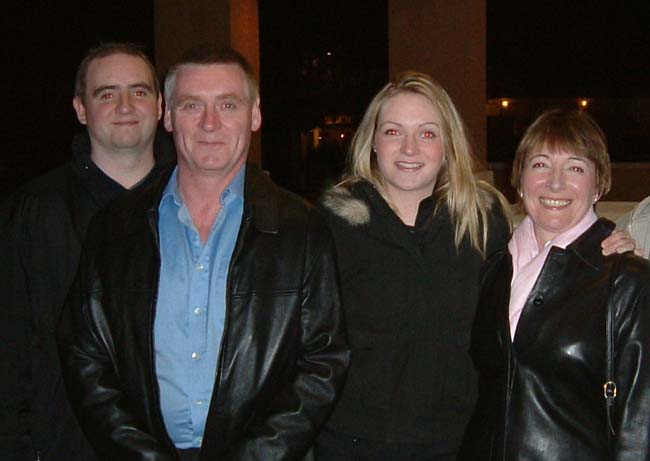 On one occasion, Andy wanted to take Ollie to a Lego exhibition even though it was a long car journey and by then he was getting very tired, but he, Amy, Ollie and I had a great day out.

Following the radiotherapy, Andy had chemotherapy in tablet form and was supposed to start on Avastin but was never well enough. He found a support group locally run by the charity brainstrust and we had fortnightly visits there which Andy found helpful.

There were many visits from family and friends, with Andy particularly enjoying seeing their children and of course his goddaughter Annabelle and nephew and godson Ollie. 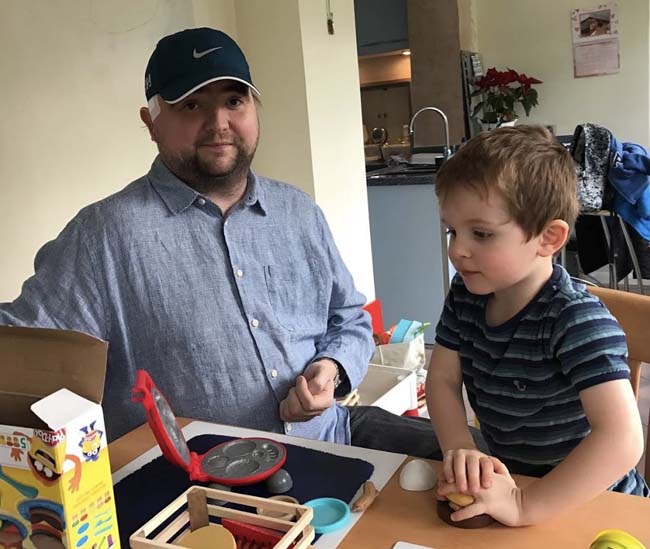 By late September 2017, Andy was struggling with repeated mini-seizures despite medication – his knees would buckle without warning, sometimes causing him to fall –and he spent his last few weeks in Florence Nightingale hospice. The nurses all loved him and in typical fashion he was very grateful to them for all the care they gave him.

Again, he had many visitors.

“We all felt that Andy hung on to meet Paul’s second child Elsie who was born on 13 November and visited him the next day. It was a moment all those who witnessed it will remember for ever because although Andy appeared to be unconscious, he responded by caressing baby Elsie’s leg.”

Andy passed away in the early hours of 15 November with Alan, Amy, his grandmother Vicky and me by his side.

We bought a place in the New Forest which Andy helped us choose and this stands as his legacy. It’s a place where family and his many friends and their children can enjoy and remember him. His nephews, Ollie and Blake, who was born after Andy passed away, already love it there. 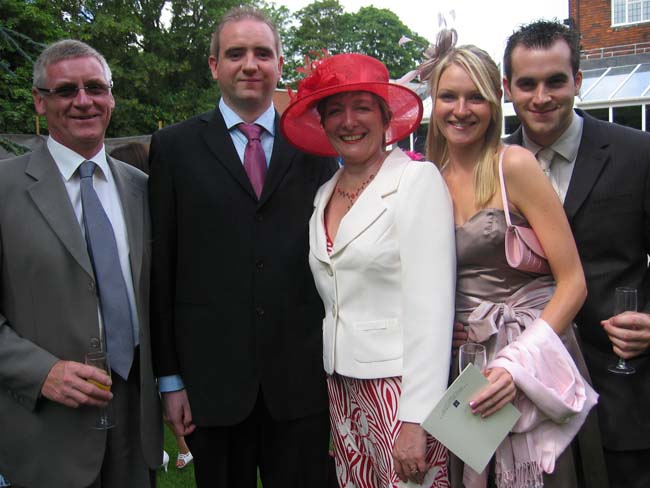 We meet with his friends several times a year to remember Andy and many of them take part in the Swanbourne Endeavour, a cross-country endurance race held in Buckinghamshire each year, raising funds for Brain Tumour Research. We thank them for their continued support.

“It is so sad to learn that so many brain tumour stories tell of missed and delayed diagnoses and that treatments for GBMs and other brain tumours have barely changed for decades and survival rates remain so low.”

We hope that by supporting Brain Tumour Research we can help raise awareness and help to bring about new and more effective treatments.

The views or opinions expressed within are not necessarily those of Brain Tumour Research. This content has been shared for information purposes only. Brain Tumour Research does not recommend or endorse any particular treatment. If you have or suspect you may have a health problem, you should consult your doctor or other suitably qualified medical professional. Our member charity  brainstrust can provide additional information on treatment options. 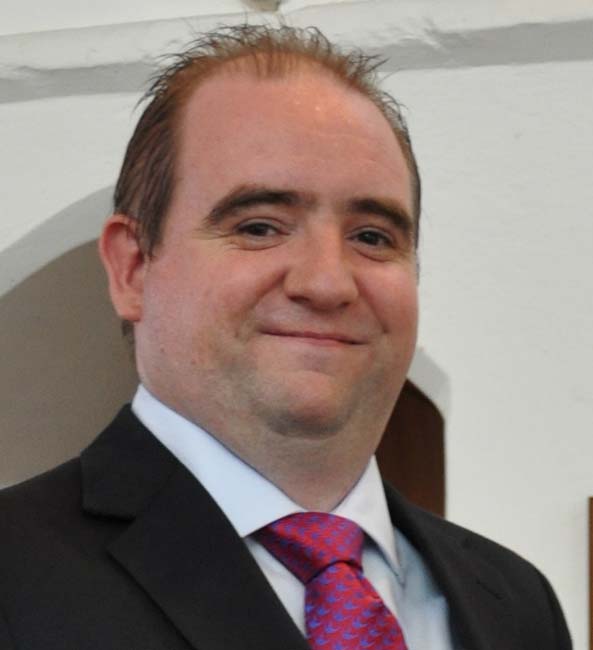