Aaron was first diagnosed with a brain tumour at the age of two and a half, but not without his mother having to fight for six months to get doctors to take his symptoms seriously.  The operation and subsequent radiotherapy left him with lots of physical and educational disabilities, but he got on with life and never complained.  At the age of 29 his tumour came back – his mother (who has her own disabilities) had to fight to get any support for him. Aaron passed away five months later in 2011.
Aaron was just two years old when he started walking side-ways and vomiting frequently.  His eyes were bulging and he kept falling over, but for six months our GP and the doctors at the hospital didn’t really want to know.

Finally, when Aaron was two and a half we took him straight to A&E where a doctor looked into his eyes and knew straight away there was a problem.  He was the first doctor to listen.  The very next day, Aaron had an operation and then underwent eight weeks of radiotherapy.  It saved his life.

Aaron continued to have problems with walking and at school he had lots of educational problems, which eventually ended up with him attending a special needs school.  Despite this, he went onto college and then worked for Tesco for ten years.

In November 2010, Aaron had met a special girl and was having driving lessons.  He started to complain that he couldn’t see in his left eye – it was all blurry.  He had had no symptoms for so long (apart from some vomiting two years earlier which we had put down to him being allergic to the flour in the Tesco bakery) and the hospital had stopped scanning him ten years after his operation at the age of two and a half.

We went to an optician’s and Aaron came away with glasses, but still he couldn’t see.  The GP referred him for an MRI scan, but there was an eight week wait and we didn’t want to wait that long.  I knew there was something seriously wrong.

We had Sunday lunch in a pub soon afterwards and Aaron couldn’t get hold of the mint sauce.  We took him straight to the hospital and demanded an MRI scan.

After the scan I had a call from the hospital to say that they were really sorry, but the tumour had come back.  I picked Aaron up from Tesco – he had never told anyone at work that he had even had a brain tumour, despite the big scar on his head.  He just got on with it, even though he couldn’t read or write properly.

Aaron had a biopsy and it was then that the doctors told me that he had 18 months to three years to live.  I had known right from when he was just two that the brain tumour would take Aaron eventually, but I still couldn’t tell Aaron that he was going to die.

Aaron deteriorated rapidly and I had a real battle to get help.  No support was offered.  I had to fight to get carers for Aaron, but then they didn’t bother to turn up half the time.  It was so degrading for Aaron, particularly in the last few weeks.  To watch my son choke to death for the last three days was horrendous and will always be with me.  He passed away on 24 May 2011, aged 29, just 5 months after being diagnosed with his second brain tumour.

Aaron had planned to move up to Birmingham near his girlfriend.  He dreamed of a happy life with children of his own and for me to enjoy being a grandmother.  He had a wicked sense of humour and always had a smile on his face.  In all the photos I have of him he is always smiling.  We only ever argued about football and that was because I support Manchester United and he supported Liverpool.  Aaron never had a bad word to say about anyone and would always help anyone.  He didn’t deserve to die.  He was my hero.  It is probably why he was taken early – he was too good for this world.

I am so angry – there has been no progress over the years with the treatment of brain tumours, let alone finding a cure.  Early diagnosis of brain tumours is paramount; GPs and hospital doctors have to be able to recognise the signs.  We need to ensure that there is much greater awareness of brain tumours, but particularly within the medical profession so people don’t have to fight to be taken seriously like I had to with Aaron.  I am also very concerned that in many areas of the country, regular MRI scans are stopped after a five or ten year period.

If I can stop one person going through what Aaron went through and I went through then his life has not been in vain.  If I can do anything to save one life then I will do it.  I feel I must get out there and tell the world.  I have to let my son’s memory go on. 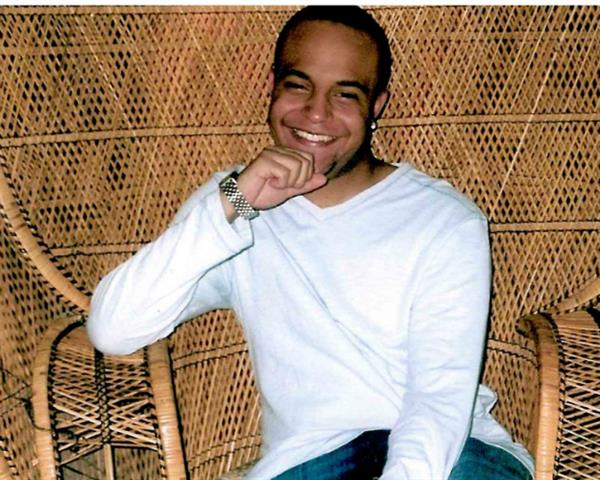