When mum-of-three Vanessa Fewell started suffering from a mild pressure in her head, she became paranoid that she, like her close friend Ali Smith, had a brain tumour. Vanessa saw her GP as a precaution but the results of her MRI only confirmed her worst fears. Diagnosed with a grade 2 astrocytoma at the age of 40, Vanessa underwent surgery, chemotherapy and radiotherapy but sadly lost Ali along her journey to recovery.

“Radiotherapy finished just before Christmas and I started chemotherapy soon after. Meanwhile, Ali was rapidly declining and, in January 2017, she passed away. It was devastating to lose her. Her funeral took place the week I began my chemotherapy and it was heart-breaking. Her death made me realise how different things could have turned out for my family.”

The first time I saw the devastating impact of a brain tumour was in September 2015, when my close friend and neighbour, Ali, was diagnosed. Her husband called me to say she had been rushed to hospital having had a seizure. A scan revealed the horrifying news that she had a glioblastoma multiforme (GBM), and there were very few treatment options available.

With this in mind, I became paranoid when I began experiencing mild pressure in my head. It felt as if someone was squeezing my brain and, although no-one knew I wasn’t quite 100%, I was continuously reminded of Ali and the fact that her symptoms had been mild before she was diagnosed.

I thought I’d see the GP, as a precaution. He put my symptoms down to stress; I was working in an emotive environment, for a children’s bereavement charity, and was exercising quite a lot. I was fitted with a heart rate monitor which confirmed that there was nothing wrong with my circulation.

Despite this, the pressure in my head was still causing me anxiety. Ali’s tumour was growing fast and the position of it meant surgery was risky. Her prognosis was extremely bleak and I was worried that I too might be suffering from the same disease. I went back to my doctor, who referred me for an MRI scan merely to ‘put my mind at ease’.

I remember having the MRI one Friday in February 2016 and a nurse advising that I called my doctor as soon as possible after the weekend. It was then I knew it was bad news. It was a relief that I didn’t have to wait over the weekend to get my results, although I found myself in complete shock when my doctor called me on the Friday night to tell me that I had a brain tumour. I couldn’t help but compare myself to Ali, who was now desperately unwell. My initial thought was that I wouldn’t be around to see my children grow up.

The six-centimetre mass on my brain was first diagnosed as a meningioma, and my doctor told me I had a good prognosis. I was stunned when a second scan showed that it had been misdiagnosed and was in fact a grade 2 astrocytoma.

I was fortunate to have private healthcare at Harley Street through my husband Paul’s work and had surgery in May 2016, which removed 96% of the tumour. My surgeon had warned me about the side-effects of the operation and, for the two weeks that I was in hospital, my speech and movement were badly affected. I felt as if I had forgotten how to talk. I would be on the phone to my children, Ella, Harry, and Sophia, and would have to be prompted by Paul to say simple things like ‘how are you?’. It was the longest I’d ever been away from them and things were tough. The hardest part was not knowing how to communicate when I was in pain.

Over the following weeks, as I gradually recovered and gained strength, life got easier. My surgeon told me about a study that had been published just before I had surgery which suggested people with a low-grade tumour like mine have a better prognosis if they have radiotherapy and chemotherapy directly after surgery, compared to those who wait until the tumour starts to grow again to have further treatment.

After much deliberation I started radiotherapy in November 2016. I was on a six-week course and commuted via train from Chiddingstone Causeway to central London for five days a week. As I lost my driving licence when I was diagnosed and lived in the middle of the countryside, my amazing friends organised a driving rota to take me to the station and come up with me to London. I was pleased at how well I felt during the treatment; I was still able to look after my children and didn’t suffer too badly from fatigue or sickness.

The worst part of the radiotherapy was losing my hair. I was told that I might lose the odd patch but I wasn’t expecting most of it to fall out in the space of a week. It was a massive blow. My friends and family managed to raise the money to buy me a wig made out of real human hair and this helped me to regain my confidence.

Radiotherapy finished just before Christmas and I started chemotherapy soon after. Meanwhile, Ali was declining. She deteriorated very quickly and sadly passed away in January 2017, leaving her family – her husband Adam and two children. It was devastating to lose her. Her funeral took place the week I began my chemotherapy and it was heart-breaking. She was the most kind and caring person, and her death made me realise how different things could have turned out for my family.

Despite some delays in my chemotherapy because of a low platelet count, the treatment finally finished in November 2017. I felt good physically throughout and I think this was because I kept active and had a positive mindset. I’m a firm believer that if you expect something to be bad, it probably will be, so I purposely went into my appointments thinking ‘this is going to make me better’.

I’m now working again and took part in a triathlon in September in order to raise money for Brain Tumour Research and Astro Brain Tumour Fund, a Member Charity of Brain Tumour Research, which funds low-grade glioma research projects and offers support to the low-grade brain tumour community. They supported me during my treatment and I was able to connect with other patients who had similar experiences to mine. I got my driving licence back exactly a year after my operation, in May 2017, which also took a great weight off of my shoulders.

While I worry about my tumour growing again in the future, I’m reassured by advances in treatment. I have a lot of hope going forward and, I’m determined to enjoy life with my family. 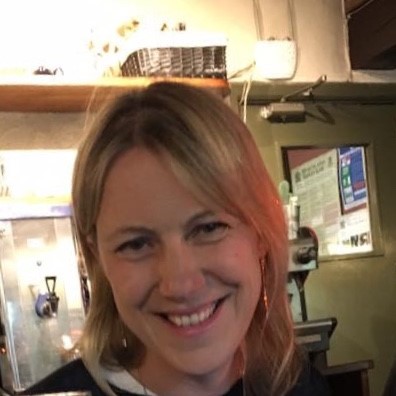