In February 2021, Tom Claypole, 40, from Swanwick in Derbyshire, started suffering from constant headaches. Tom, dad to Shadean, 21, and Chardonnay, 17, went to his GP and his local hospital but they all said he had migraines. In August, one of Tom’s colleagues saw him black out while he was driving a van. Shortly after, he fell over and had a seizure. Tom’s fiancée took him straight to hospital where he had an MRI scan which revealed that Tom had a glioblastoma (GBM) brain tumour. Tom’s family has now embarked on a mammoth fundraising venture for Brain Tumour Research, aiming to raise £100,000 in three years.

Tom was a reasonably healthy man, so it was strange when he started getting constant headaches in February 2021. He works as a driver at my company City Couriers Direct, but he was complaining about the pain he was in, and he was having to take tablets. 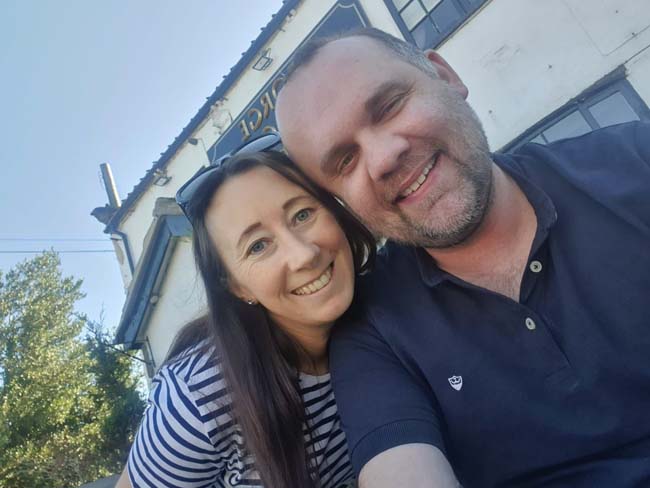 Tom went to his GP, but he said that Tom had migraines. Tom also went to King’s Mill Hospital in Sutton-in-Ashfield and the doctors there also said he had migraines.

On 20 August, when Tom was at work, one of his colleagues saw him black out while he was driving a van. Afterwards, Tom went for a walk, but he fell over and had a seizure. He then walked back into the office, but he didn’t know what had just happened. I took him home, and he was violently sick. 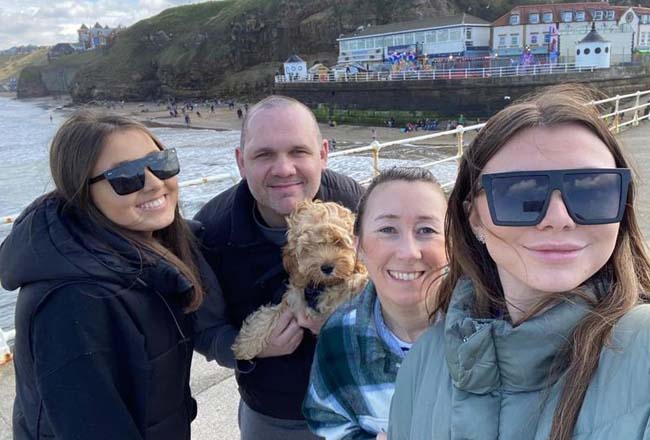 Tom’s fiancée, Tammy, took him straight to Kings Mill Hospital in Sutton-in-Ashfield. He was there for a few hours, before being transferred to Queen’s Medical Centre (QMC) in Nottingham. He had an MRI scan which revealed that Tom had a brain tumour.

“When we heard that, the whole family was in shock. We were absolutely devastated, and we all felt totally helpless.” 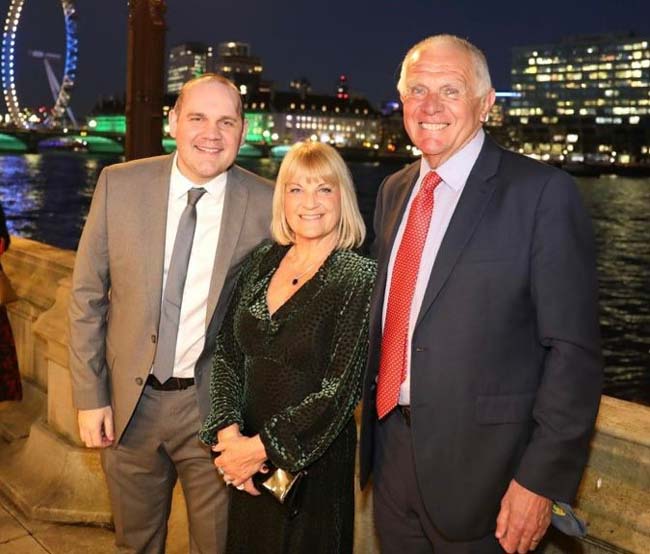 Tom underwent an operation and the surgeons managed to remove a “substantial” part of the tumour. They told us that the procedure had gone well but unfortunately the growth was an aggressive and incurable glioblastoma (GBM).

“We know it’s the worst type of brain tumour, and that it has a poor prognosis, so we don’t know what the future holds.” 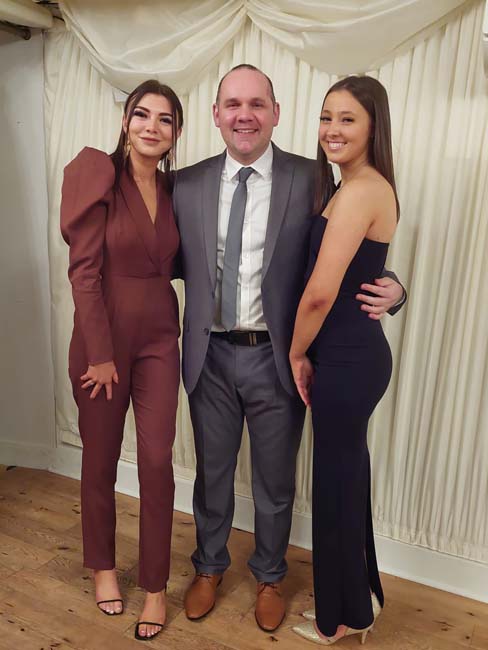 Tom has undergone chemotherapy and radiotherapy, which leaves him feeling extremely tired. Outwardly, Tom looks ridiculously well but inwardly he worries about the future.

My family and I are planning to raise over £100,000 in three years through a range of crazy fundraising events for Brain Tumour Research. I thought to myself ‘what is the most ridiculous thing a 70-year-old could do?’ So I took on a virtual cycle ride from John O’Groats to Land’s End in July 2022. I rode the 874 miles at Nuffield Health in Chesterfield, and I was supported by a different riding partner every day of the month which really helped me when I felt tired. It was a real team effort. 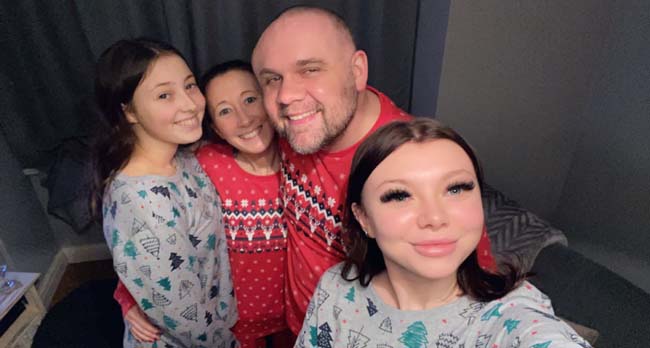 “I did it for Tom, but also for everyone who has suffered from this devastating disease.”

In August, my wife, Sylvia, did a wing walk on a biplane in Lincolnshire, and we both climbed Ben Nevis in September. So far, we’ve raised nearly £14,000 and we have plans for other challenges.

Our lives were turned upside down when Tom received the devastating diagnosis, so our family wants to do something positive to try and make a difference. It’s shocking that the government barely gives anything towards researching brain tumours. That’s why I want to raise as much as I can so a cure can be found. 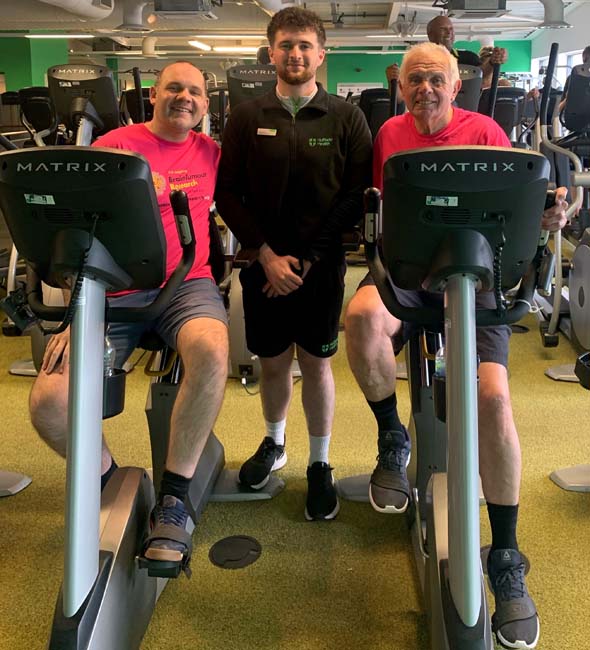 Sylvia and I had the opportunity to tour the Brain Tumour Research Centre of Excellence at Queen Mary University of London (QMUL) which is led by Professor Silvia Marino. It was so interesting to speak to the scientists about their work to find a cure. We also placed four tiles on the Wall of Hope. Each tile represents the £2,740 it costs to fund a day of research.

“It was emotional, but it was wonderful to actually see the people who are working on finding a cure. They will never understand how important they are to us. Their work affects so many people and they are making a huge difference.”

Tom’s most recent MRI scan was in September 2022, and it was stable with no signs of any growth. It was the best possible news Tom could have had and it’s given us optimism. Tom is optimistic beyond belief. He is my hero; he’s fighting this, and he won’t give in to it. He’s an inspiration. 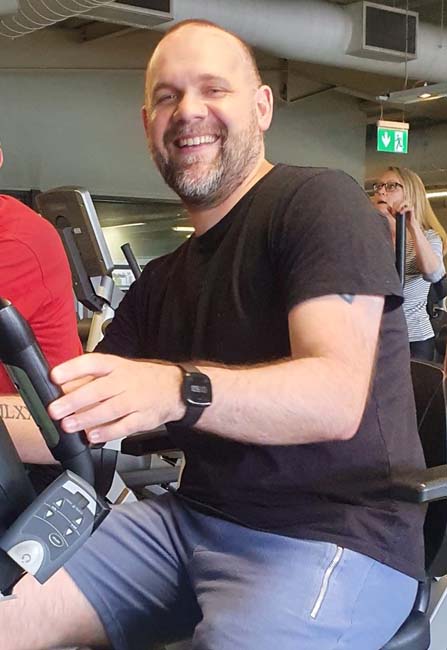