Twelve years on from her brain tumour diagnosis, 23-year-old Tegan Josie, from Blackpool in Lancashire, has been left with a number of serious underlying medical conditions. Her tumour, a low-grade prolactinoma, isn’t operable, but has been successfully treated with a long list of medications, including cabergoline, a tablet treatment used to reduce the production of a hormone called prolactin by the pituitary gland. Tegan still takes medication daily to prevent her tumour from growing back and in spite of the debilitating side effects of her tumour, she describes herself as ‘one of the lucky ones’.

I was diagnosed with a low-grade prolactinoma brain tumour on 28 January 2010. I was 11 at the time. The diagnosis came after I suffered a strange episode when I was walking home from Brownies with my mum one evening. I suddenly realised that I couldn’t see out of my left eye. When we got home, Mum sat me down on the sofa and did some visual fields tests on me. She realised that there was, indeed, a problem with my vision, so she took me to the NHS walk-in centre.

The doctor did a few tests, said he thought it was migraines and was going to let me go home but Mum insisted that they sent me for an MRI scan immediately. My mum’s sister had three glioblastoma multiforme (GBM) brain tumours and died in 2007. She was just 34. Her brother suffered from the same disease and lost his life to GBM in 2014, aged 37.

“Both my aunt and uncle tested positive for the genetic syndrome neurofibromatosis type 1 (NF1), meaning they were predisposed to develop multiple tumours in the brain, and Mum was worried that I may have had the same condition.”

The doctor agreed to send me straight to Blackpool Victoria Hospital, where I stayed overnight. The next day, I had an MRI and the results came back quickly. They revealed that I had a 3cm pituitary tumour pressing on my optic nerve. Within a couple of days, I was in Manchester Children’s Hospital, where I would spend the next three months undergoing treatment. I can’t imagine how stressful it must’ve been for my mum and dad, and my younger brother, Ethan. As a child, I was quite resilient. I don’t think my diagnosis affected me too badly at the time but it must’ve been really traumatic for my parents.

“Mum stayed with me, sleeping on an uncomfortable fold-out bed next to me. We had no car back then, so staying with me was Mum’s only viable option.” 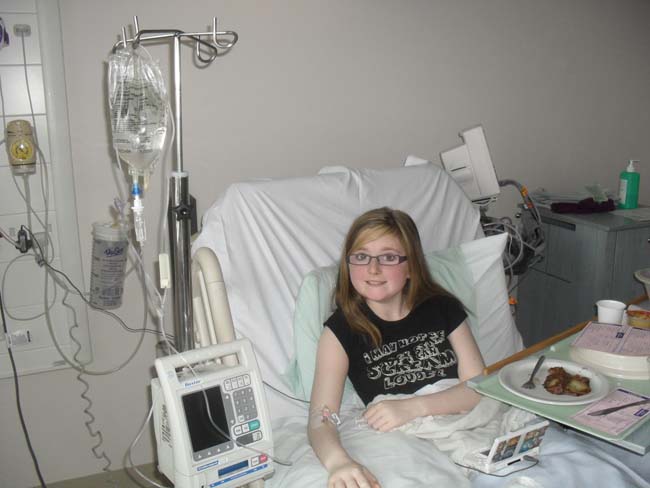 Of course, being in hospital for three months meant that I missed a lot of school. I loved primary school and up to that point, had never missed a day. My hospital stay came at a particularly difficult time for me academically. I was in year 6 at St John’s C of E Primary School in Blackpool; my final year of primary before going up to high school in the September. It meant that I missed out on a lot of the transition phase, that prepares you for secondary school. My teachers were very supportive though and they and my lovely classmates thoughtfully sent me presents and cards, which cheered me up.

While I was in hospital, doctors put me on the dopamine agonist cabergoline, which I think was a relatively new drug at the time. The tablet worked to shrink the tumour and meant that I didn’t require surgery, which apparently the medics wanted to avoid at all costs. I was told that if it had been any bigger, they would’ve needed to perform a craniotomy.

Dodging surgery was a blessing but I still had a rough ride while I was in hospital, which is why I had to stay in for so long. I would get really bad headaches and needed to be monitored with regular scans. My thyroid wasn’t responding well and I had excess fluid on my brain. I’m told mine was a ‘complicated case’. Having said that, I do have some nice memories of that time as well. I remember doing arts and crafts during the day and I decorated the ward with butterflies. It wasn’t all bad. 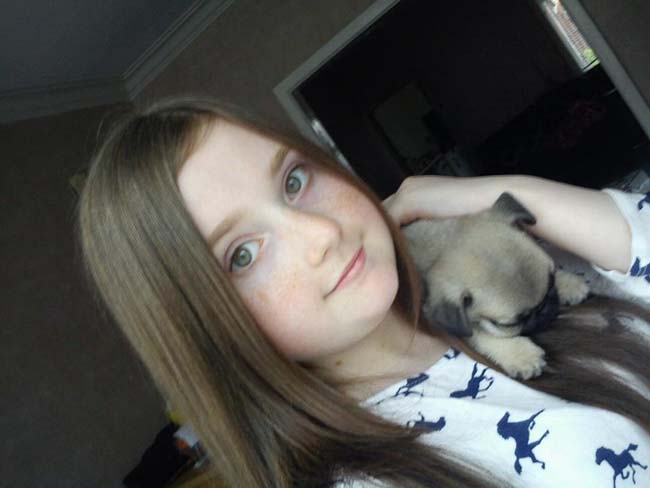 After I was discharged, I went back to school and started high school later that year. Unfortunately, all of my primary school friends went to a different high school,and I struggled to make new friends. I missed out on crucial bonding
periods, which I believe led to me being bullied. I was in a wheelchair temporarily when I left primary school and later I was on crutches, which made it difficult to get around the school in between lessons. In the years that followed, I spent several more periods in hospital, due to issues relating to my tumour. On one memorable occasion, I ended up in hospital after a 24-hour bug, which I caught from my brother. Because I was being sick, I couldn’t keep my medication down, which caused my veins to collapse. In spite of the disruption, I still managed to get my GCSEs in all subjects apart from my maths, as I missed that exam while I was in hospital. Generally, I did well at school and achieved the best I could, given the challenging circumstances. 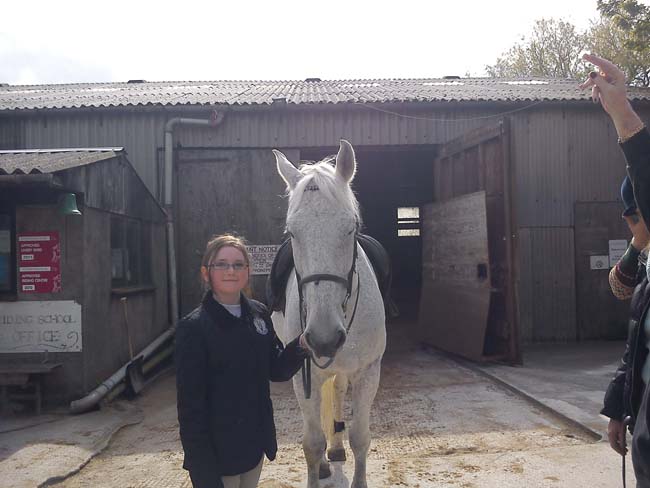 Sadly, my health has continued to deteriorate over the years. I used to be really sporty. I did horse riding, swimming, rounders, cricket, athletics, wrestling and mixed martial arts. I’ve had to give it all up, since I was diagnosed with chronic fatigue syndrome in 2015. In 2020, I had a scan and some blood tests, which showed my adrenal glands weren’t functioning properly, as they weren’t secreting enough of the hormone adrenaline. The doctors said there was nothing they could do could do to fix the problem. 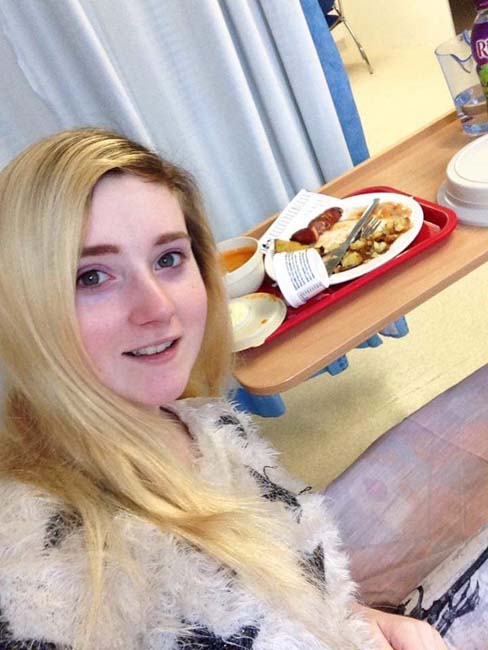 “Basic daily activities can be a real struggle for me. Sometimes I can’t stand up for more than 10 minutes at a time. I can’t go out and do much as a result.”

Random migraine attacks can also throw me off small tasks, leaving me exhausted and shaken up. I can only eat small portions of food because I suffer with nausea and vomiting, which puts me off eating big meals. I also need regular eye tests, including visual fields tests, as my eye sight goes through periods of deterioration. These daily struggles amount to me feeling depressed and hopeless a lot of the time but I always try to remember just how lucky I am to still be alive.

Travelling far from home is out of the question, as I might fall or collapse – it’s happened lots of times before. I therefore spend a lot of time at home and to try to avoid feeling isolated, I’ve found myself getting more and more into video gaming. I’ve always had a thing for gaming, in particular Pokémon. 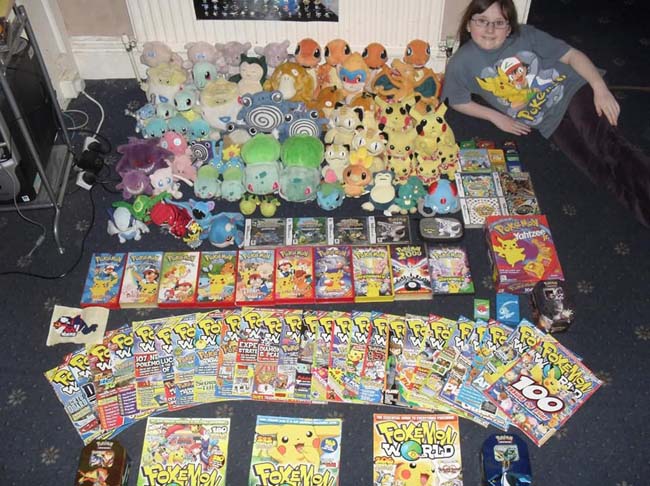 My interest in the video game series has grown in recent years, especially during the COVID-19 lockdown and I now have a huge collection of Pokémon memorabilia, which has helped my social media to ‘blow up’. I like the colour and art of gaming. I took an art & design college course after high school, which I passed with flying colours. I've always loved creating art and have had good hand-eye coordination ever since I was a toddler. I also appreciate colour and art more now that my eyesight is back. At one point, I had lost my eyesight by 70% and had tunnel vision, so I have a great appreciation for visual activities now. Luckily, my eyesight has improved over the years, after all the treatments. However, I still have dips from time to time. Gaming also helps to keep my brain active and is a form of escapism. It allows me to connect with other people online, through our shared interests. It means I’m part of a community of like-minded people and helps me to feel less lonely. 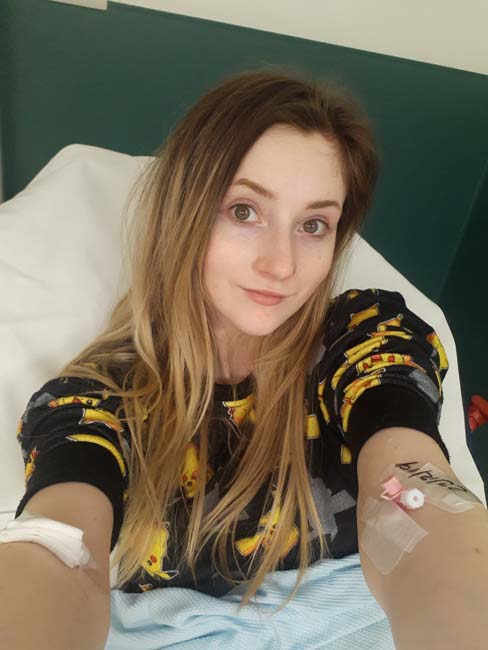 I met my boyfriend, Karl, in a video shop at the beginning of 2019. We soon realised that we had a lot in common, sharing the same interests and hobbies, especially gaming, and we’ve been together ever since. Karl has helped me immeasurably, accompanying me to hospital appointments and being a good listener on my hardest days. He has a way of making me think positively when I’m feeling low, and he boosts my confidence. He has a 15-year shoulder injury, which I support him with too. He sometimes says that it's difficult to deal with all the ailments but that he's ‘not going anywhere’. I will always be there for him too. 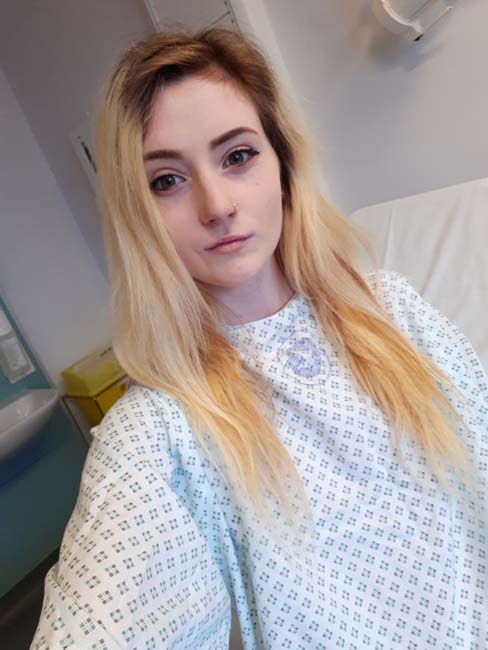 “I’m my own worst critic and up to now, I’ve shied away from sharing my brain tumour story with all but my closest friends and relatives.” 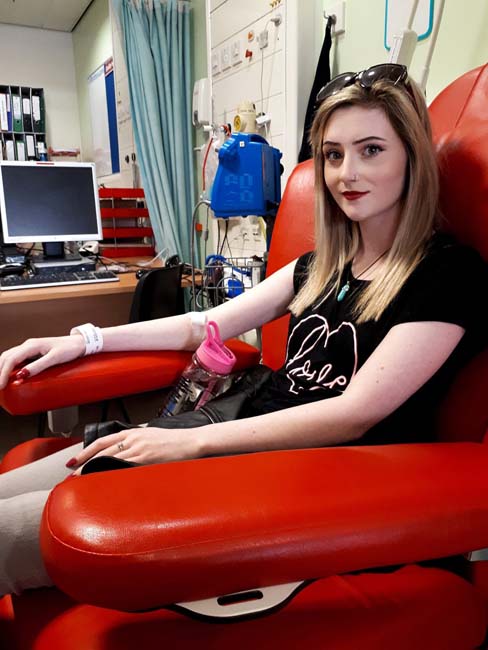 Recently, I decided that maybe I should be more open, especially since mine is an invisible illness and not many people would know what I’m contending with on a daily basis. I’ve started to share my journey on my social media platforms, to get the message out there that you can’t judge a book by its cover. I’ve had a fantastic response and people are so supportive. I hope that maybe I can inspire and offer hope to others. I was scared that people might feel negatively towards me, as I was bullied at school and have low self-esteem. But I’m over that now and just want to do my bit to raise awareness of the disease. 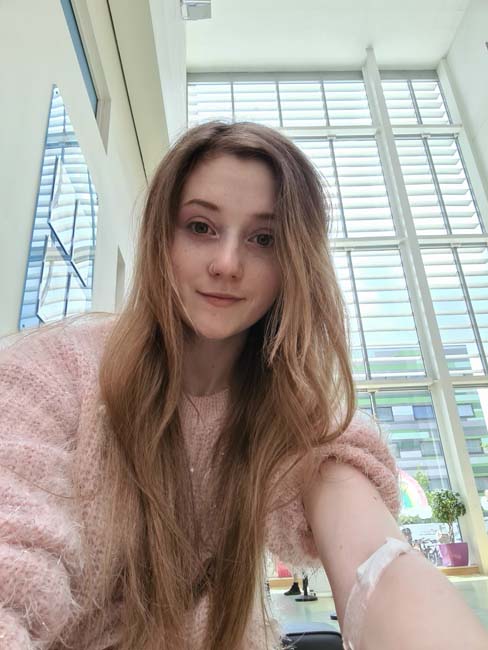 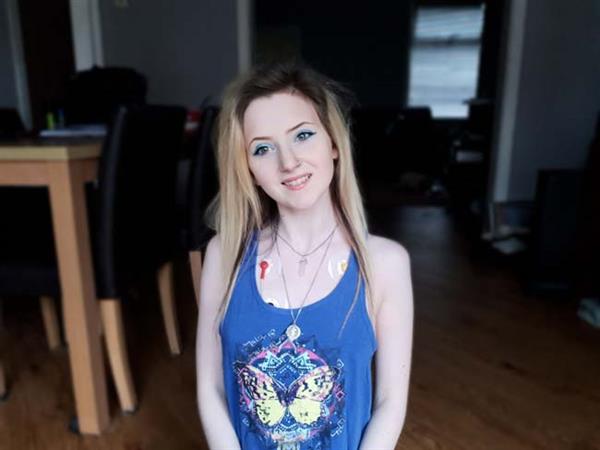