Mother-of-two Sharon Jones, from Colwyn Bay in North Wales, was diagnosed with a low-grade brain tumour in March 2021. Her diagnosis came four years after she first started suffering from symptoms, which were initially put down to migraines. She finally discovered she had a meningioma after an optician referred her for an MRI scan. Sharon’s tumour is operable but due to the COVID-19 pandemic, surgery to remove it has been delayed and she is currently on a ‘watch and wait’ until her next scan in August 2022.

Sharon had been having problems with her eyes for the last four or five years. She went back and forth to the opticians and the doctor, complaining of visual disturbances, including seeing flashing lights and a coloured wave going from one side to the other. Sometimes her vision would become ‘rippled’, like she was looking through water. The GP always said they were related to migraines but eventually in late 2020, she was referred to Stanley Eye Unit at Abergele Hospital.

“The ophthalmologist decided to refer Sharon for an MRI scan. That appointment, however, was delayed due to the outbreak of coronavirus.”

As her symptoms were getting no better, Sharon went back to the optician and they asked about the MRI scan. She explained that it had been delayed due to the pandemic and they re-referred her. Within a couple of weeks, she had the scan at Glan Clwyd Hospital and six days later, on 4 March 2021, Sharon was invited to the eye hospital to discuss the results. Unfortunately, I couldn’t go with her because hospitals were still limiting the number of visitors to try to prevent the spread of COVID-19.

Sharon was on her own when she was told she had a brain tumour. It was a huge shock. They said it was a 25mm occipital parafalcine meningioma and she was referred to The Walton Centre for Neurology and Neurosurgery in Liverpool. Luckily, I was able to go with Sharon for her appointment at The Walton. Her consultant, Mr David Lawson, talked to us about Sharon’s tumour-type and explained that although it was low-grade, it was complicated because it was attached to a draining vein.

Mr Lawson said surgery would be risky and that the ongoing COVID-19 situation posed further risks, so he advised that we ‘watch and wait’ for six months, rather than operating straight away. Sharon was relieved, as the prospect of brain surgery was daunting but I feared that leaving it would result in further growth and progression of the disease. Not long afterwards, Sharon received a letter saying that she was eligible for surgery. She had another MRI scan in August and the following month, Mr Lawson called to confirm that there’d been no change to Sharon’s tumour, so he was happy to wait another year for her next scan. I’m still worried that if it grows in that time, it will cause more damage but we are both trying to stay positive.

As there was no immediate action to be taken to treat Sharon’s brain tumour, I felt helpless. I was desperate to do something to support her, so I decided to turn to fundraising. When I came across Brainathlon Half, I knew I wanted to get involved. The event challenges participants to walk 5 miles, run 7.5 miles and climb 0.6 miles, to complete 13.1 miles in total. I work for subsea 7 as an offshore crane operator onboard the diving vessel Seven Atlantic and spend 28 days at a time at sea, so this was something I could train for while I was away and then complete during my leave back at home. On 29 September, I started my event on the pier in Llandudno, running over Little Orme to Porth Eirias and then back to Rhos Point in Rhos-on-Sea. I climbed Great Orme, to fulfil the climbing element of the Brainathlon challenge. I think my 5-mile walk turned out to be 10 miles in the end! I set out with a fundraising target of £100 and I’m absolutely blown away to have raised nearly £1,900 for Brain Research UK, Brain Tumour Research and Epilepsy Research UK. I’ve had great support from family, friends and colleagues, who’ve given generously. I’m a Royal Navy veteran and have also received donations from people I served with in the past, which has been really gratifying. 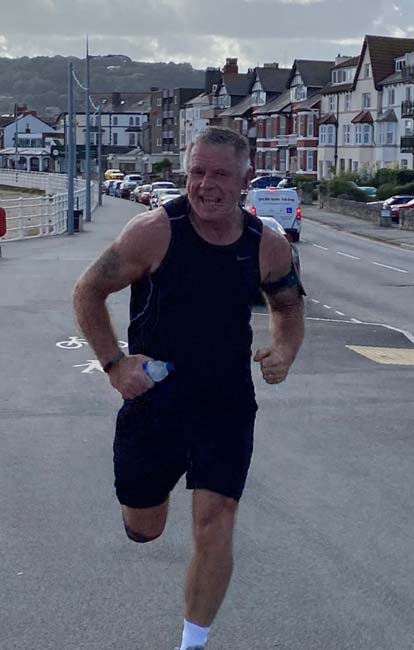 “Before Sharon’s diagnosis, we knew very little about brain tumours. Discovering that an eye problem was actually related to something so serious, was completely unexpected and so shocking.”

We had no inclination that it would be a brain tumour. After being told she had a meningioma, we were given an information booklet about the disease. I looked at it but it took Sharon a while to want to find out more about it, which is understandable. She has since turned to social media, however, to connect with other brain tumour patients, which has been a Godsend. Discovering that not everyone with a brain tumour has a bad experience has been very positive and reflects our attitude and trying to stay optimistic and upbeat. We always try to look on the bright side of life and get on with things. I think it definitely helps us to cope. 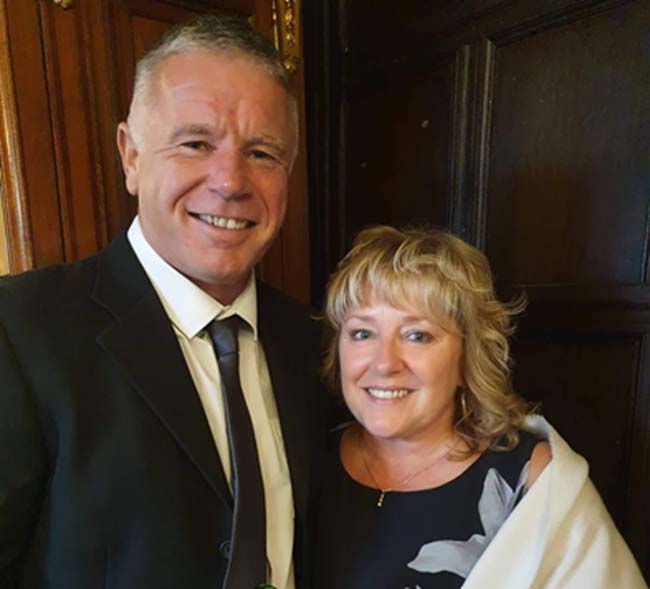 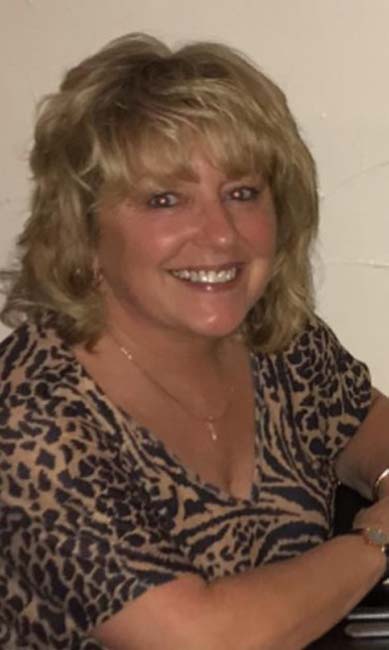