When she was just 34, high-flying banker Selina Siak Chin Yoke was devastated to discover that her mild dizziness and drowsiness were actually symptoms of a benign brain tumour. After making a full recovery, she was then diagnosed exactly ten years later with breast cancer. Selina changed her life and became a published author, determined to make the most of every moment.

“It’s the psychological effects that are harder. I still think about it every single day, wondering if it will recur. That thought never goes away, especially as my original symptoms were so mild and easy to miss.”

I didn’t ever get headaches. Back in 1999 my investment banker job at Goldman Sachs meant that I was regularly flying; in the spring and summer of that year the destination happened to be Helsinki. I was travelling back and forth between there and London. On one trip home for the May bank holiday I remember feeling not quite right, but put it down to working too hard and being tired. My symptoms were certainly nothing that you would immediately associate with a brain tumour. I would get dizzy occasionally, usually when I moved my head quickly, such as sitting up in bed in the mornings or lying back in the bath. The feeling only lasted for seconds at a time.

I monitored myself for a few weeks. I was not particularly worried as I still didn’t have any other symptoms, until I noticed that the feeling was becoming more acute. There was a doctor onsite at work and I booked an appointment at the end of June. The doctor thought it was probably an ear infection but, being thorough, referred me for balance tests and an MRI scan. Later came the results, with the preamble: “Do you want the good news or the bad news?”

The good news was that my ears were fine, however the scan had shown up some kind of cyst in my lower brain and I needed to see a neurosurgeon to have it removed. It’s incredible how quickly minor annoyances can turn into something more sinister. It sounded so complicated. I remember thinking that almost anywhere else in the body would be more easily accessible than the brain. I was absolutely terrified; it felt like the worse possible news. I hate needles, I faint at the sight of blood and had never had any kind of operation before… now I was facing brain surgery!

The medical team assured me that although the cyst was benign, it still needed removing. I was grateful that it wasn’t aggressive and also that I was able to avoid an awake craniotomy – a procedure I could not imagine going through. My neurosurgeon was old-school in his approach; he did not relish questions nor give much detailed information about my condition or the planned surgery – although I’m quite sure that he thought he had never answered so many questions! He was blandly reassuring, saying how it was a simple op and that he would just “drill a hole through the skull and suck out the cyst.” It did sound simple – until I found out from the internet that my cyst, described as a haemangioblastoma by the surgeon, was actually a brain tumour. This came as a big shock. Cyst sounds so much more innocent and run-of-the-mill.

The operation took place six days later at The London Bridge Hospital. The kidney bean-sized tumour had been pushing on my brain stem, causing the dizziness and drowsiness. The tumour was surrounded by a ball of liquid which filled a third of my cerebellum. It looked strangely beautiful on the scans, this globe the size of a golf ball. It was only after surgery that my doctor first referred to it as a tumour, saying that if I had to have a brain tumour then it was the best kind in the best place.

When I woke up in Intensive Care, I was paralysed by the agony. Until that moment, I did not know the meaning of pain. Even twitching a muscle on my face caused pain to shoot right through my body. I could not imagine ever walking again. I could not turn my head, or raise my bed, or do anything for myself: I was like a child again. I had to be spoon-fed, and all the while the back of my head continued to hurt. I could not understand why I was still in such pain. It was only later that the surgeon mentioned that my supposedly “simple op” actually involved him breaking open my neck muscles to gain access to the tumour, and me needing 16 ounces of blood.

Thankfully my recovery was straightforward. The tumour was benign and relatively small, so I didn’t require further treatment beyond physiotherapy and was allowed home after a week. It is incredible what the human body can take. I have been left with a permanent physical reminder, a six-inch scar just under my hairline, that becomes uncomfortable if I let my hair grow longer.

It’s the psychological effects that are harder. I still think about it every single day, wondering if it will recur. That thought never goes away, especially as my original symptoms were so mild and easy to miss. At the time I considered whether my lifestyle, working long hours at a stressful job, might have contributed to it. No one can answer that one, as brain tumours are indiscriminate and we don’t know what causes them. I remember thinking that, if anything happens again, I would need to drastically change my life.

Almost to the day, a decade later, I found a lump under my breast. This time the diagnosis came back quickly as cancer. The patient experience could not have been more different, of course it was ten years later (2009) and attitudes and expectations had changed dramatically in that time. Everything was carefully explained, including relevant statistics and information about possible side effects. My surgeon even gave me his email address in case I had extra questions afterwards.

The lumpectomy was nothing compared to my brain surgery but this time I needed radiotherapy and chemotherapy too. It was a gruelling experience which left me depressed physically and mentally. It took around five years, until 2014, for me to really feel myself again. Yet, it also changed my life in a positive way. I think of 2010, when my treatment finished, as the beginning of a new life for me. It was my third shot and I do know how lucky I am.

I didn’t ever dream of becoming an investment banker – I don’t know anyone who did – I just fell into it. So, after two brushes with cancer, I decided to go after my real dream and write a book. Today, I am a published author, writing full-time and feeling positive about my future. I hope that telling my story will offer people hope and perhaps inspiration. I am not exceptional. I did not choose to change my life, cancer forced me to do that, but sometimes we have to go through things to find new perspectives.
Thankfully, I had the chance to do that. I know so many do not.


Brain tumours are indiscriminate; they can affect anyone, at any age, at any time. What’s more, they kill more children and adults under the age of 40 than any other cancer... yet just 1% of the national spend on cancer research has been allocated to this devastating disease. 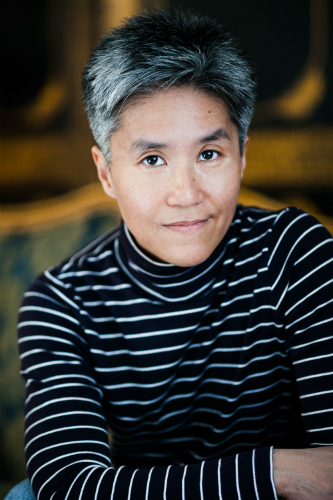