Teenager Rob Bichan was diagnosed with a diffuse intrinsic pontine glioma (DIPG) brain tumour after suffering from headaches while he was training in the gym. The 17-year-old from Findhorn in the north of Scotland was in his penultimate year of school when he received his shock diagnosis. Sports fanatic Rob has had a six-week course of radiotherapy to try to stop the spread of the tumour. After battling the side effects of his gruelling treatment regime, he is working on regaining his fitness and has recently competed in a CrossFit competition to raise money for Brain Tumour Research.

The first sign that something was wrong was in October 2019, when I started getting headaches. They would come on when I was lifting heavy weights in the gym. I’ve been into sports all my life and in recent years, I’ve become passionate about CrossFit. It involves high-intensity interval training, including Olympic weightlifting, plyometrics, powerlifting, gymnastics and kettlebell lifting. I had reached a decent level and was performing well, so I wasn’t too worried about the headaches but in December 2019, I went to see my GP, as they were persisting. The doctor didn’t seem too concerned either but suggested I got my eyes tested, which I did and the conclusion was that my eyesight was fine. No closer to finding out the cause of my headaches, in January 2020, I was sent for an MRI scan at Aberdeen Royal Infirmary.

“The results from the MRI scan were bad. On 27 January 2020, I was told I had a grade 4, aggressive brain tumour called diffuse intrinsic pontine glioma (DIPG).”

It was bad news because the tumour was on my brainstem and was therefore inoperable. Unfortunately, the prognosis for this tumour type is very poor. I was sent for lots more scans, some of which indicated that my tumour might, in actual fact, be low grade. I was given the option of having a biopsy, in order to make a more accurate diagnosis. The risks of doing this procedure were significant, due to the location of the tumour on my brain but as the exact diagnosis was unclear, I decided the best option was to go ahead with it.

I had the biopsy at the Royal Infirmary of Edinburgh in early February 2020. The procedure took place under general anaesthetic and involved the neurosurgeon inserting a thin, hollow needle into the tumour, to remove a sample of the cells to be sent for analysis. When I woke up from the operation, I had lost all feeling in my left side, which was really scary. I had to learn to walk again as a result. I was also suffering from double-vision, which was really weird but thankfully that has improved over time. I stayed in hospital for just less than a week before I was able to go home to the farm where we live near Forres on the Moray coast, to continue my recovery.

“The results of the histology report revealed that the sample of tumour they’d analysed was grade 2 (low grade).”

This was obviously much better news than the initial diagnosis but baffled my neurosurgeon, as DIPG, in all instances, is classified as high-grade. The exact nature of my tumour-type is still unknown but I was prescribed the standard of care treatment for DIPG: six weeks of radiotherapy, five times a week. My radiotherapy began at the end of February 2020. It involved a four-hour round-trip each day, as I had to have it at Aberdeen Royal Infirmary. After the first week, we were offered bed and breakfast at CLAN Haven Accommodation next to the hospital, which was really welcomed. However, we only stayed there for a week before it had to close due to the country going into lockdown as the COVID-19 pandemic hit the UK.

Thankfully, my treatment wasn’t affected by coronavirus and I was able to complete the six-week course of radiotherapy. I felt fine throughout and for the two weeks or so following treatment before the side effects started to kick in. I suffered from headaches, caused by the swelling in my brain, which meant they had to increase my dosage of steroids. Then, I started getting really bad effects from the steroids. The most difficult thing to deal with was the weight gain. I put on 25kg and went from being in the best shape of my life to being unfit and overweight. That was really tough. I also got acne and terrible stretch marks. The ones across my stomach were half an inch wide and were really painful. 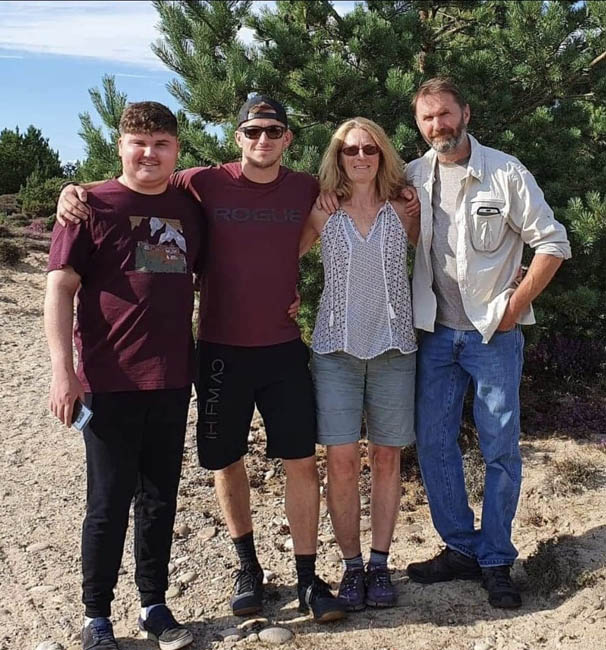 During this time, my girlfriend Jodie moved in with us, as we were still locked down and if she’d stayed at home, we wouldn’t have been able to see each other. I wasn’t told to shield, but I felt vulnerable, having had surgery and cancer treatment. Jodie and I have been together for two-and-a-half-years. We met in first year at school. It was so kind of her to sacrifice seeing her own family to come and live with me; she was a fantastic support and really helped me through some dark times.

“During lockdown I started getting back into my fitness. We have a home gym, fully equipped with CrossFit apparatus and I managed to get Jodie into it too.”

It gave the two of us something positive to focus on and I was desperate to lose weight and regain my strength. By September, I was able to come off the steroids, which brought its own challenges. Reducing the dosage was fine but coming off them altogether caused me to feel really sick and I was really stressed. Gradually, however, with the continued support of Jodie, my friends and family, I’m getting back to normal and I’ve managed to lose 20kg in weight.

Jodie and I recently competed in a Battle Cancer event in Manchester, which took place on 7 August 2021. The two of us were joined by my mum Jenny, who is a 56-year-old personal trainer and my brother, Johnny, who’s 22 and is brilliant at CrossFit. We took on the challenge to raise money for Brain Tumour Research, as we share the charity’s vision of finding a cure for brain tumours. We were delighted to receive donations amounting to more than £4,000. My mum has spent a lot of time researching my disease on the internet but I tend to shy away from immersing myself in information about DIPG and I’m not interested in joining any support groups at the moment. My focus remains on my fitness and on staying as strong and healthy as possible. 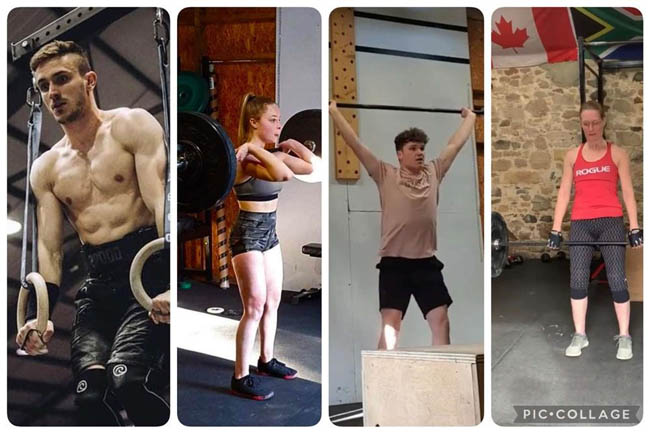 “Raising money for this fantastic cause in the process will help get us closer to finding a cure and I feel proud to have done my bit.”

I am hoping that I and other brain tumour patients can benefit from a much-needed breakthrough in this area of cancer research before it’s too late. 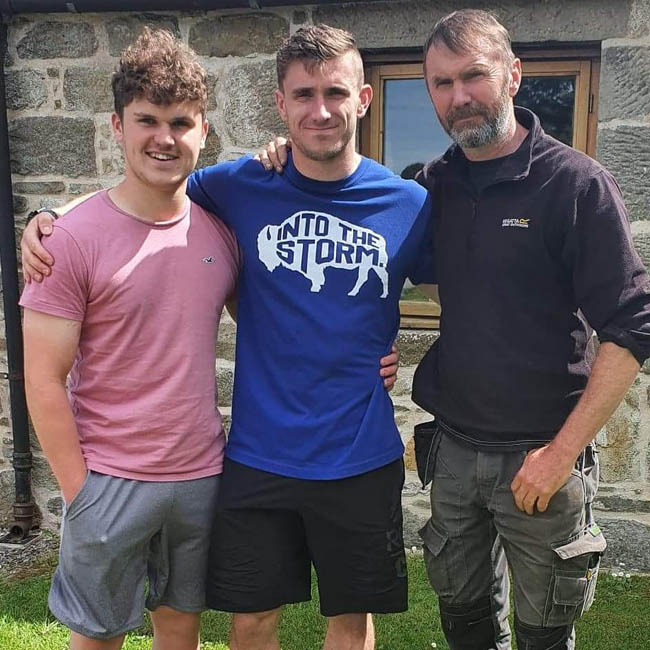 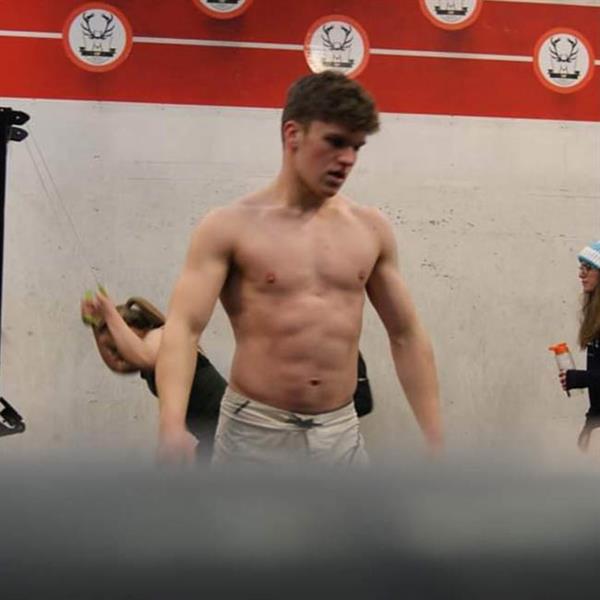