Ricky Carroll, 34, was living in Portugal when he was diagnosed with a low-grade brain tumour in December 2018. He underwent surgery to remove the grade 2 cerebral tumour and physically recovered quickly, but suffered with his mental health. Now, Ricky is keen to raise awareness of the psychological impact of a brain tumour diagnosis.

It was December 2018 when I woke up and immediately knew something wasn’t right. The only way I can explain it is that I just felt wrong.

My left side had gone numb and my heart was beating really fast, but I decided to go into work even though I felt awful. When I saw my supervisor, he said I looked terrible and told me to go and sit in one of the meeting rooms whilst they called an ambulance.

When I sat down, I quickly began to feel better and felt a bit silly for causing drama. But the moment I stood up again, the feeling came rushing back.

I was living in Portugal, having moved here about four years ago, this was my first experience of a foreign hospital. I had health insurance through my job and was supposed to be taken to a private hospital, but instead the ambulance took me to a Portuguese hospital where hardly anyone spoke any English and my Portuguese was and still is – quite patchy. It made what was already a stressful experience even worse! 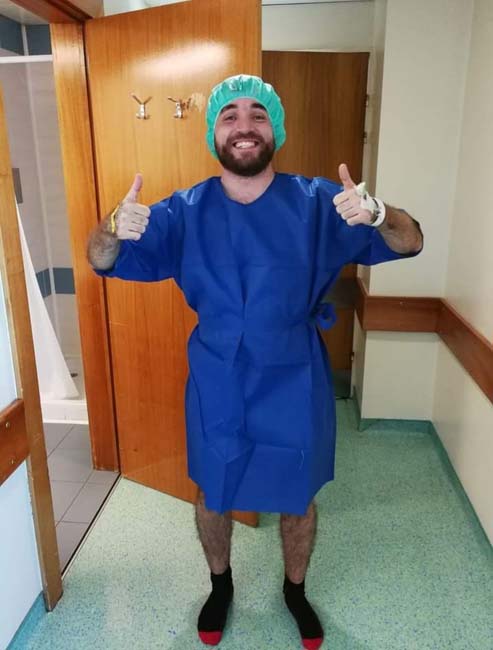 They did a lot of tests and I’d been there for about 12 hours when I was told that they were going to do one final CT scan of my body from the neck down. When this came back clear, they were about to let me go home, but an alert came through from my original doctor at the private hospital. He wasn’t happy and wanted me to have a full body MRI scan.

“After what felt like an eternity, the doctor appeared and told me: ‘We’ve found a large tumour in your brain’. The first thing I asked was: “Am I going to die?’”

They told me that the 5cm tumour was in my cerebellum and, although it was big, it looked like it was slow-growing. I don’t know if it was psychological, but as soon as I knew I had a brain tumour, I felt like my symptoms got worse.

The Portuguese hospital didn’t want to operate, preferring to wait and see what happened. But when the private hospital looked at the MRI scan, they said it needed to come out. The tumour was near my fourth ventricle and if it carried on growing, it would start to press into it and cause issues. 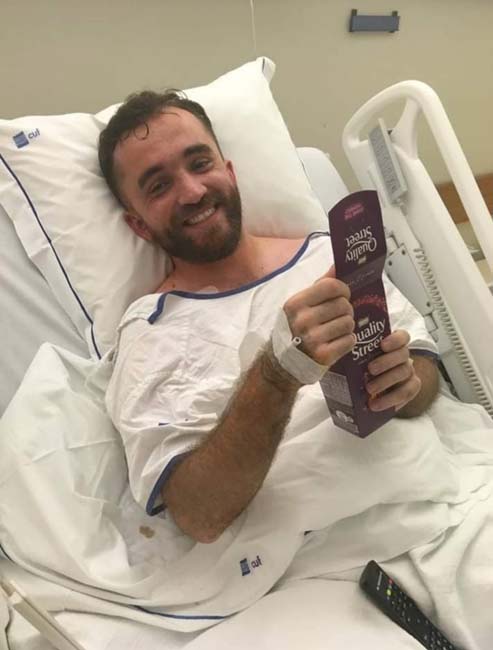 I had surgery on 3rd January 2019, a month after my diagnosis. They told me it could take six hours, but it was over in three. They took out three quarters of the tumour and I’ve had no physical symptoms since, apart from numbness on my head where the scar is.

I tell people that the surgery itself wasn’t that bad. I feel lucky compared to others who have to go through brain surgery as I know they have it much worse. With me, they were able to go in through my skull at the back of my head and I only have a small scar. 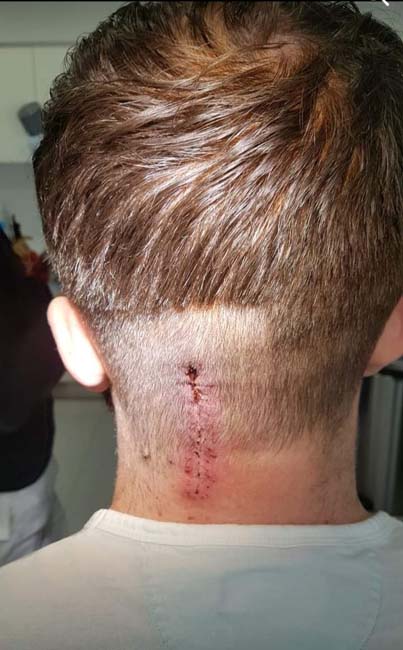 I spent four days in hospital and physically, I healed well. A sample from the tumour confirmed it was non-cancerous and not life-threatening which was a huge relief.

Although my body healed well, my mind didn’t. I really struggled after leaving hospital and had a constant feeling of sadness. I was like a different person entirely and felt consumed by the depressive side effects I was experiencing.

“No one warned me about the potential psychological impact of brain surgery. It hit me like a sledgehammer and my personality changed for the worse. I didn’t expect it at all.”

Everything came to a head when, in May 2019, I tried to end my own life. After a failed suicide attempt, I leaned on a small group of friends for support and realised I needed professional help, so decided to see a therapist.

I battled for months, but eventually began to look forward and change my life. I changed jobs, which really helped me rebuild my confidence, and with the help of my new co-workers and friends, began to feel more like me again. 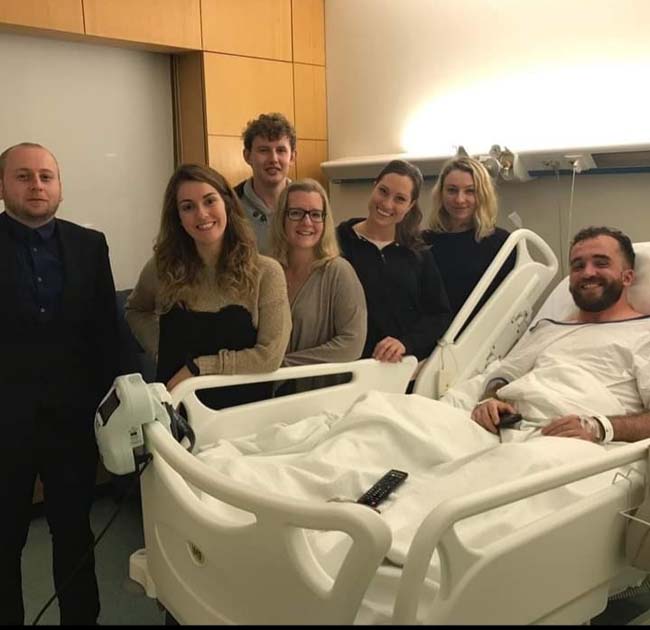 I have changed since my brain tumour diagnosis and I still have to cope with losing the old me. But I can deal with it now. I feel like I’ve kept the good parts and added to them After my experience, I have more empathy for others and I appreciate life much more.

“Surgery felt like a breeze compare to the impact my diagnosis had on my mental health.”

The mental impact of having a brain tumour is not talked about enough and it’s something that I keen to encourage more people to talk about. I decided to share my story to raise awareness and encourage others to speak because I know how it feels to think there is no way out.

The views or opinions expressed within are not necessarily those of Brain Tumour Research. This content has been shared for information purposes only. Brain Tumour Research does not recommend or endorse any particular treatment. If you have or suspect you may have a health problem, you should consult your doctor or other suitably qualified medical professional. Our member charity  brainstrust can provide additional information on treatment options. 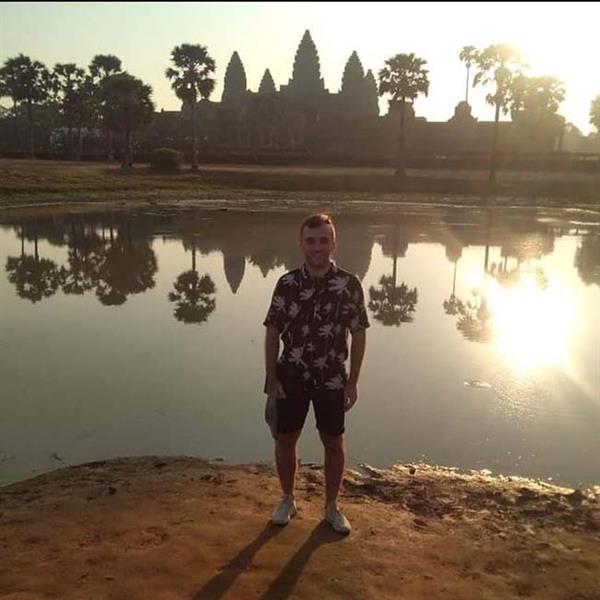