Richard, 57, was working as a relationship manager with NatWest and enjoying an active lifestyle when he noticed problems with his shoulder.  Four years later, he was told that the shoulder problems, along with subsequent health issues were being caused by a large schwannoma tumour. He had a debulking operation in 2012 and now has routine scans. He has retired early on medical grounds, and keeps busy by playing golf, supporting his beloved Leicester City Football Club and looking after his rescue cat, Timmy.

Being diagnosed with a brain tumour has both opened and closed doors for me. Life has changed dramatically in the past few years, and, in some ways, for the better. I’m fortunate that my brain tumour is low-grade, but I feel for those who live with a dire prognosis.

I took early retirement from my job as a relationship manager at NatWest because of the irreversible damage caused by my tumour. I enjoyed my career and had worked at the same company for 34 years. While it was a huge lifestyle change, retiring gave me the time to project manage renovating a house with my wife Carol. We now live in our dream home on farmland in the Warwickshire countryside; it is a great place to be and I love spending time with my rescue cat, Timmy. 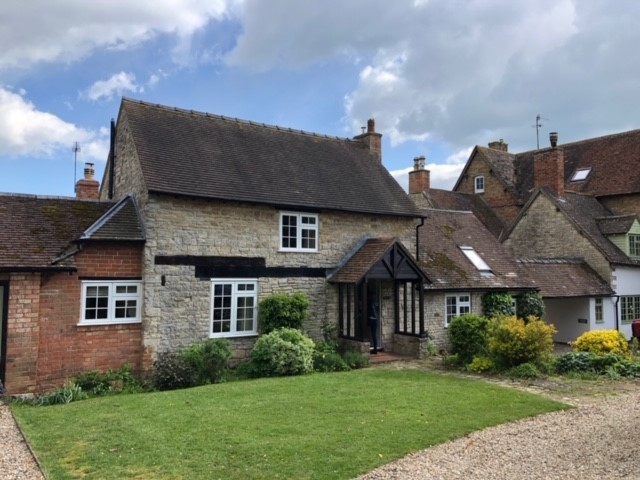 I was very active and played a lot of sports before my diagnosis; I ran two marathons, played football, cycled and was a keen tennis player. I had to give up these activities because of my illness, but I’ve since taken up golf. It’s relaxing and I’ve met a fantastic group of friends at the Warwickshire Golf and Country Club. We play regularly and enjoy socials together.

“Since retiring, I have more time to watch my beloved Leicester City Football Club, where I am a season ticket holder. It was incredible to see them win the Premier League in 2016.”

Another positive aspect of my illness is that I’ve gone on several trips and holidays. Carol and I have been to Mauritius, Dubai and on holiday around the UK too. These memories are all the more special to me, after surviving a brain tumour. I try to remain positive and concentrate on all the great things I can still do, and not dwell on what I can’t do. 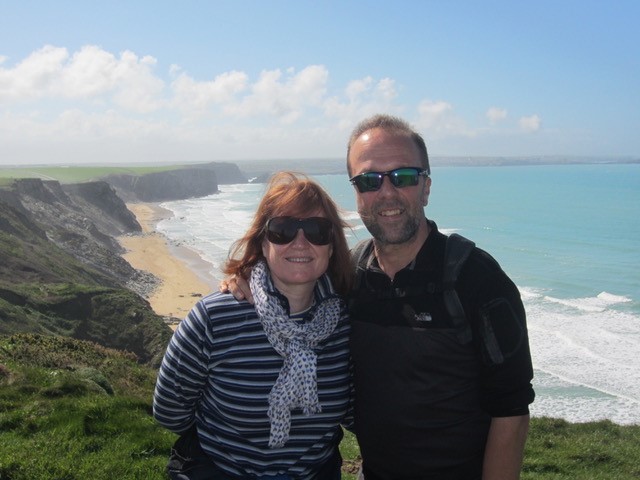 But I cannot deny the negative effects of my illness. Having lived with such a serious condition, I’ve developed anxiety about my health and now with any ache or pain, I fear the worst. I had Cognitive Behavioural Therapy (CBT) which helped me rationalise my thoughts, but my tumour is often on my mind.

It was in 2007, while playing tennis, that I noticed my serving shoulder was causing me trouble and I struggled to get it to full height. When I looked in a mirror, my shoulder appeared to be dropping.

My GP referred me for some tests and concluded that I had a problem with my nervous system, possibly linked to a virus, and it wasn’t something to worry about. My shoulder didn’t recover, but I manged to carry on with normal life.

Over the next couple of years, I suffered with a number of minor ailments which by themselves weren’t overly concerning. It was the combination of symptoms that caused me to worry. I had concentration issues, a loss of balance, my voice was croaky and I tired easily. I lost some hearing in my right ear and had difficulty swallowing. I developed a cough, my eyes flickered constantly and my right shoulder continued to droop, making it difficult to raise myself into an upright position. I’d also fallen over a couple of times while playing tennis.

Carol and I went on holiday to St. Lucia in November 2011. I was concerned that my voice was changing, but my family and friends didn’t seem to notice. While in St. Lucia, I started talking to someone I’d not met before, and he asked me if there was something wrong with my voice. I decided that on return to the UK, I would go and see my GP in Warwick. 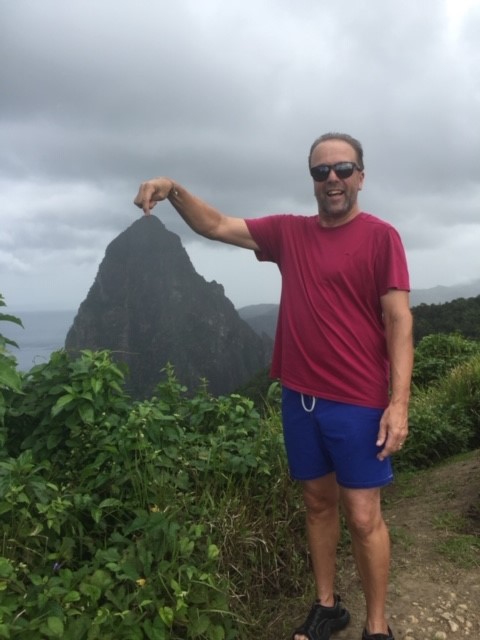 I presented my doctor with a list of my symptoms and was referred for further tests at Nuffield Health Warwickshire Hospital under my private health insurance. Because of the swallowing and voice issues, they examined my airways and throat with an endoscopy and I also had an MRI scan. By the time I got home after the tests, there was a message for me asking to go back the next day. In my heart, I knew it couldn’t be good news if they wanted to see me so quickly.

Carol and I went back for the test results. I had a 5cm low-grade schwannoma, pressing on nerves that were affecting my balance, speech and ability to swallow.  Interestingly the consultant asked me if I’d ever had any problems with my shoulder – the tumour was responsible for that too.

“Hearing the doctor say ‘the scans show a large brain tumour’ was so scary.  Carol was by my side and I started to shake.  The only thing I could say was ‘will I die?’, it was as if the words didn’t want to come out.”

I had surgery at The Priory Hospital, Edgbaston six weeks later, in January 2012, which lasted 10 hours. Most of the tumour was removed, apart from a small fraction which was connected to a nerve that controls my swallowing function.  I was told there was a 20% chance it would grow back, and even if it did, there was an 85% chance that it could be treated with radiotherapy.  It seemed like pretty good odds. Having to go through such a major operation was a daunting prospect, but the care and support I received from the medical professionals was outstanding, and this made things a lot easier to cope with. 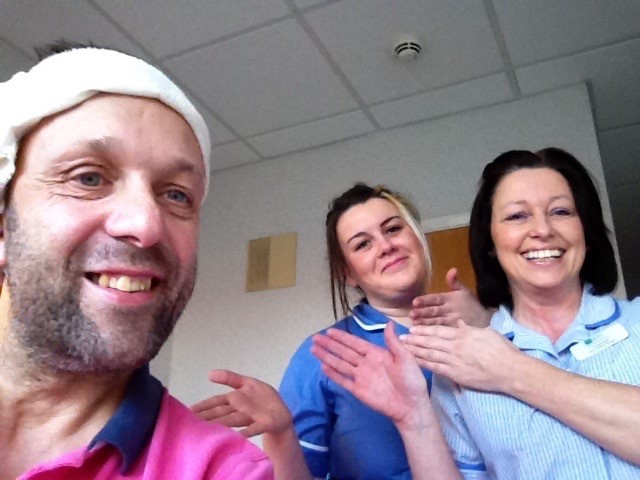 “Unfortunately, as the surgeon operated through my right ear, my balance was permanently affected. I’m now unable to run and am left with a permanent sensation of haziness.” 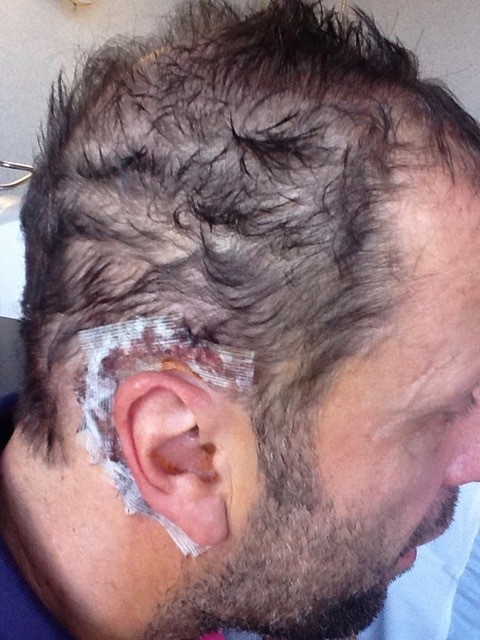 I was fortunate that NatWest gave me sick leave on full-pay for 12 months following the surgery, which allowed me time to recover. Unfortunately, it became apparent that going back to my job would be very difficult, because of the hearing and voice problems I was still experiencing.  I chose to take early retirement on medical grounds in May 2013.

I have scans every three years and fortunately there has been no change in my tumour. The statistics for brain tumour sufferers are, however, very bleak, and I know I’m one of the fortunate ones.  Less than 20% of those diagnosed with a brain tumour survive beyond five years compared with an average of 50% across all cancers. 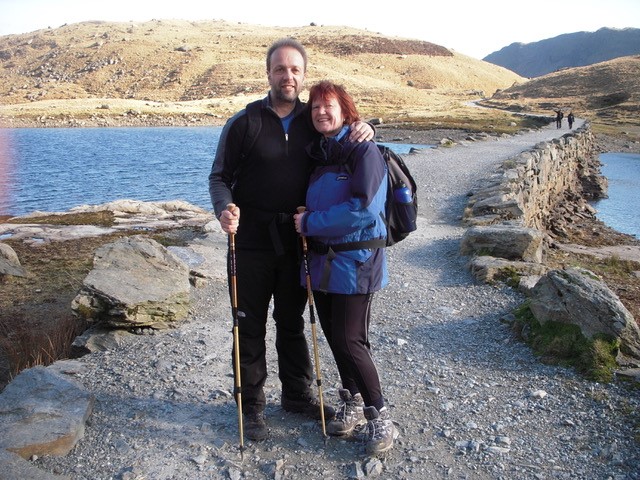 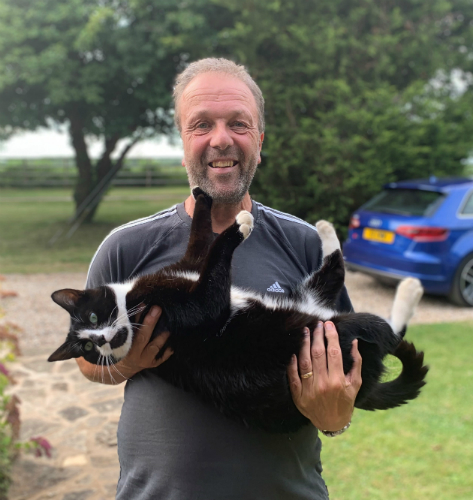