Prison officer Rees Lilly, from Evesham, was diagnosed with a low-grade glioma in January 2020, having suffered a seizure while on duty. As a fit and healthy 31-year-old, his illness was a huge shock for him, his wife Charlotte, their family and friends. While he considers whether to go ahead with surgery, Rees has decided to raise awareness and funds for the charity Brain Tumour Research. He is releasing a charity single, ‘Recovery’, originally recorded by James Arthur. Rees hopes the lyrics will resonate with those on a similar painful journey.

As a fit and healthy 31-year-old, my brain tumour diagnosis was a huge shock for me, my friends and family. As a 6ft 4, rarely ill, active man, I never imagined I was living with a golf-ball sized tumour.

“Rather than getting down and dejected about my illness, I’m ploughing all my feelings into raising awareness. I’ve decided to release a charity single, with a percentage of profits going towards Brain Tumour Research.” 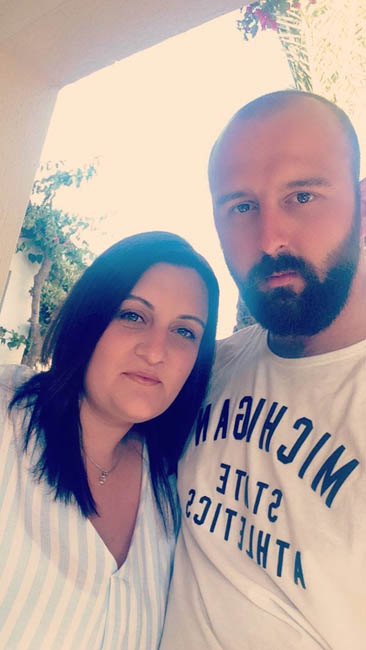 My brain tumour journey began on a typical working day in January 2020; there had been nothing to suggest I was unwell. I woke early to go to the gym, before starting a shift as a prison officer. But while at work, I wasn’t behaving normally. I felt agitated and aggressive. I then suffered a massive seizure, causing me to collapse and split my head open as I hit the ground.

I was taken to the Alexandra Hospital in Redditch and, after a CT scan, was immediately transferred to the Worcestershire Royal Hospital and admitted to the stroke ward. I can’t imagine what my wife Charlotte was thinking, when she received the phone call that I was unwell. It must have been very difficult for her to take everything on board.

“An MRI scan revealed the cause of my seizure: a low-grade glioma located in the front of my brain. I couldn’t believe what I was hearing.” 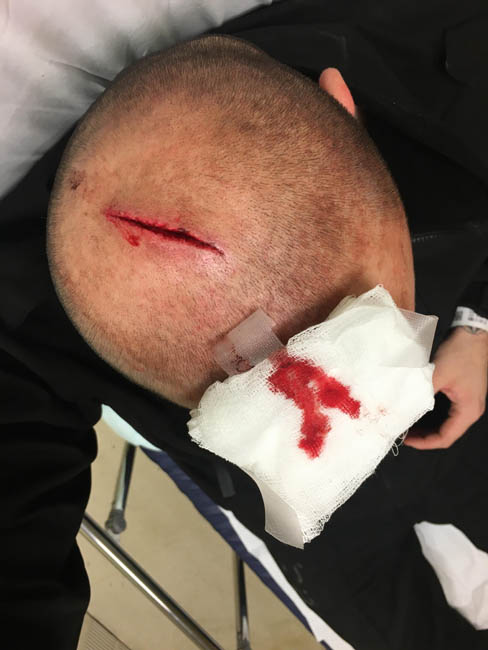 Reeling from the news, I was discharged and awaited a date for a follow-up appointment with a consultant at the Worcestershire Royal Hospital. I had a lot of time to gather my thoughts while at home, especially as I was signed off work for six weeks. I also lost my driving licence, which was the worst part of the whole ordeal, as I love my cars.

When the appointment came around, I was told that while my tumour is low-grade, it could turn aggressive at any time. I was offered debulking surgery, but given three months to think about whether or not I wanted to go ahead, as I could carry on as normal without treatment. I’m already adamant I want to have the operation.

As I came to terms with my diagnosis, I began to reflect on other symptoms I’d experienced, and wondered whether these were in fact due to the tumour. For example, four years ago I was prescribed anti-depressants for obsessive compulsive disorder (OCD), though the medication didn’t help at all. I also had periods where I felt unusually angry. I considered whether the anxiety and rage I was feeling was because of the pressure caused by my then undiagnosed tumour.

My family has been a huge support during such an uncertain time and they are helping to keep my spirits high. I try and remind myself that my situation could be much worse, and I’m grateful that my tumour is low-grade and doesn’t cause many symptoms.

I’m normally a very busy person, so I decided that I needed a project to focus on to distract me from my illness. Music has always been a passion of mine and I enjoyed singing when I was growing up. I’m releasing a cover of James Arthur’s ‘Recovery’, with help from my friends Alex Powell, who works as a music producer, and Frankie Woods.

“The lyrics in ‘Recovery’ really resonated with me, as the song reminds me to not lose hope and to fight whatever comes my way. It’s about pain and not giving up. I believe many brain tumour patients would identify with it. I recently saw James Arthur in concert and I hope he’s able to listen to my recording and share my story; I’m a massive fan.”

I will be donating a percentage of sales from the single to the charity Brain Tumour Research, in a bid to help others affected by this dreadful disease. While I never thought I’d be diagnosed with a brain tumour, I’m determined not to let it take away my positive attitude and I’m feeling optimistic for the future.

If you have been inspired by Tricia’s story and would like to know more about our lobbying, research updates and fundraising opportunities, please sign up to our weekly e-news. 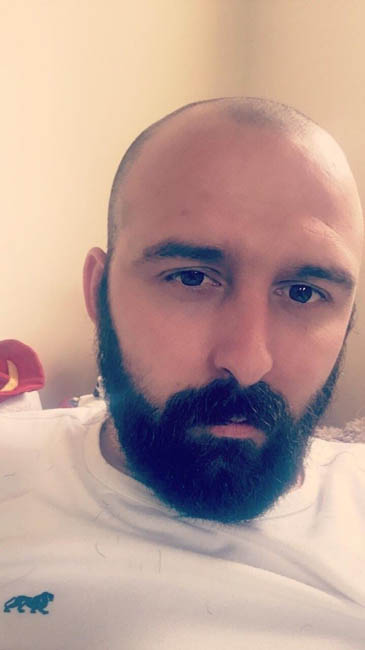