Twenty-one-year-old Ollie Leach was an apprentice footballer at MK Dons in Milton Keynes, Buckinghamshire, and facing a promising career when he began suffering from double vision during training and was referred for an MRI. He was diagnosed with a low-grade germinoma at the age of 18, in March 2020. His family crowdfunded to pay for private treatment in Turkey, where Ollie’s tumour was removed in September 2020. The York St John University student, from Baldock in Hertfordshire, underwent five weeks of proton beam therapy in January 2021 and is now being monitored with annual scans.

I started playing football with my local team, Baldock Town FC, when I was seven. I remember being really shy at my first training session and not really joining in but I was pretty good so I kept playing. Then when I was 13, one of the coaches said I should go for a trial at MK Dons and offered to set it up. It was terrifying but went well and after proving that I could keep up, I was put on a longer six-week trial. About four weeks into that, the club offered to take me on and I was there until I was forced to stop playing because of my brain tumour almost six years later. I played throughout secondary school, in the club’s academy, and then when I was 16 I went for a scholarship, which is when you transition from playing football as a hobby to it becoming professional. 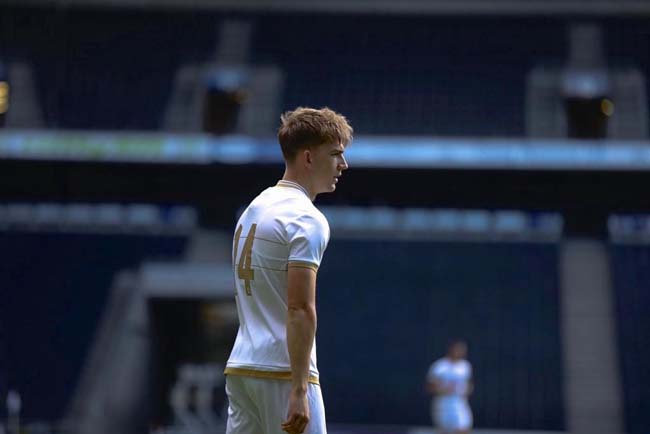 I moved in with a host family in Loughton, Milton Keynes, for the first two years of my scholarship, which was a bit of a shock because 16 is quite young to be exposed to your future career and it was only then that it hit me: I could really be a professional footballer. I found the transition difficult because I was nervous and quiet and didn’t really fit in but in the second year I came into myself and had the best time. It was towards the end of that year, during a training session, that I noticed a problem with my vision. I’d been doing a lot of headers and noticed that when I looked to the side, things weren’t as clear as they should have been. It started affecting me playing football in matches too.

“As the ball was coming towards me, I would have to guess where to put my foot because I was seeing double.” 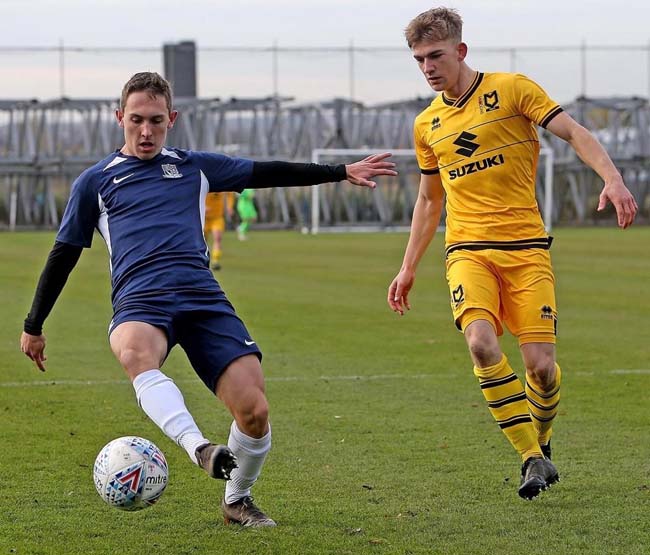 Initially, I thought I’d just strained a muscle in my eye and it would get better with time but I told the club’s physical therapist and he organised for me to have an MRI scan to be sure. It was March 2020, the day before we went into a national lockdown, that I got a call from a doctor at Addenbrooke’s Hospital, in Cambridge, telling me they’d found a mass on my brain. I remember looking at my dad’s face and thinking he looked very scared.

“It was a lot to comprehend and didn’t feel real because I was so healthy, exercising a lot and eating well.”

Lockdown actually made things easier because it meant that I didn’t have to talk to anyone about what was going on. I decided I didn’t want to go ahead with a biopsy because of the risks involved but was told my tumour looked like a germinoma. My parents and I tried to find natural alternatives to treatment and for about six months that’s what I did. I followed a ketogenic diet and my dad made me juice drinks, consisting of carrot, celery, beetroot and ginger, which I drank three litres of every day. I was having regular scans throughout in order to assess whether my tumour was progressing and when we found that it was growing, we decided to look for something else.

The surgeon at Addenbrooke’s was proposing to do a biopsy to confirm which type of tumour I had and then put me through chemotherapy to target the rest of it, but that didn’t sound too appealing. We weren’t sure what to do but my mum has a flat she rents out with long-term Turkish and Lithuanian tenants, who we’re quite close to, and they told her about private treatment available in Turkey. We looked into it and sent my scans to the Memorial Hospital Bahcelievler Hastanesi in Istanbul where a renowned surgeon said he could remove the whole tumour if we acted quickly. So, within two weeks we were there. My mum and I flew to Turkey on 18 September 2020, with her Turkish friend, Filiz, whose uncle picked us up from the airport. We drove about an hour and the traffic was extremely chaotic so we were really grateful for Filiz’s assistance. 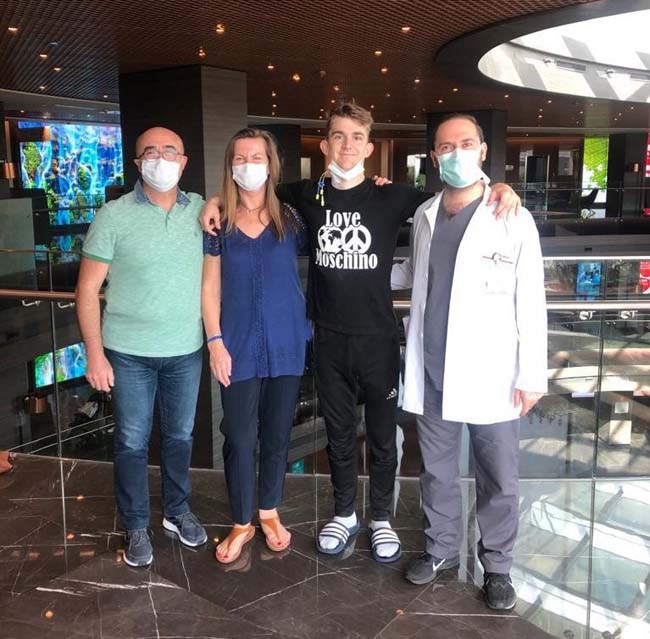 I checked into the hospital and had a few days of tests, scans and assessments before going under the knife about six days later. The surgery cost £30,000, which we paid for using money donated to a crowdfunding site my mum set up, which raised £25,000 in the first day. When she first opened it, I hadn’t told many of my friends about what was going on. Lockdown had made it easier to keep it to myself and, as I didn’t enjoy talking about it and still felt like me, that’s exactly what I’d done.

“I remember my phone ‘blowing up’ from all the attention I got from friends who were surprised by seeing the JustGiving page.” 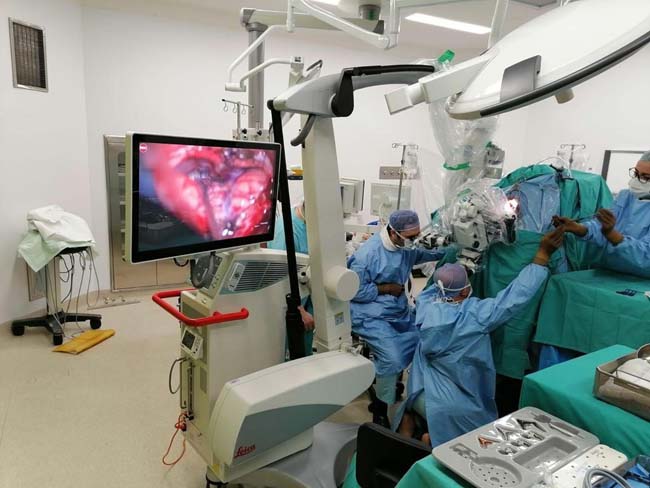 My surgeon Professor Gökhan Bozkurt was an absolute legend. He and his assistant had a great energy and made me feel comfortable during what was an incredibly scary moment in my life. My surgery was delayed by 24 hours because I had too much swelling in my brain and had to take steroids to reduce it. When I was finally wheeled into the operating room, I felt great due to an anti-anxiety drug I was given on a drip the night before. The last thing I remember was Prof Bozkurt and his assistant grabbing my leg and saying ‘yes, Oliver, yes!’. 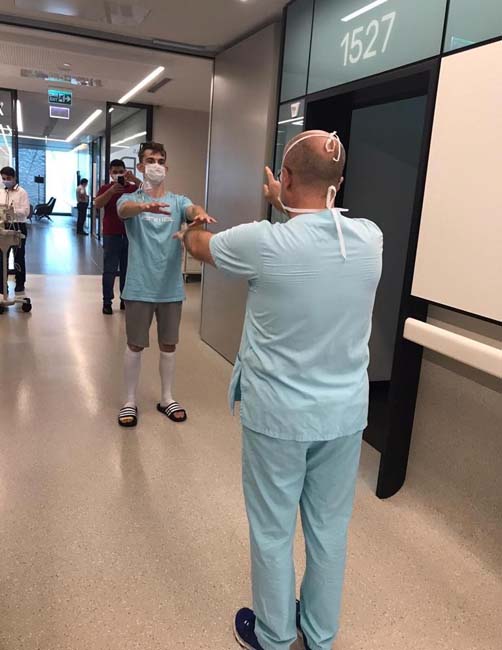 “The operation took eight hours and Prof Bozkurt said that it was the hardest surgery he’d performed in his 25-year career.”

I was asleep for 10 hours and woke up in intensive care knowing that I was OK. I could see and move so knew I wasn’t blind or paralysed, which were some of the risks I’d been warned about. I had a condition called parinaud syndrome though, which causes your eyes to fix downwards and made me look a little crazy, but it got better after a few days, although it was still affecting me somewhat after a couple of months. Overall, it was an incredible experience and nine days after surgery, we flew home. 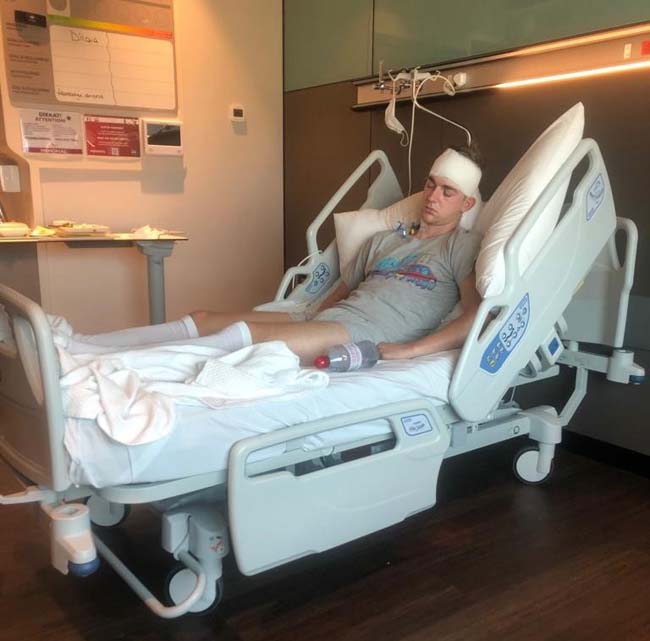 “I still see double when I’m not looking straight ahead; my surgeon told me he looked forward to the day I’d play football again but I’ve not been able to.”

I tried coaching for a while but ultimately that wasn’t for me. I’m due to have surgery later this year to try to correct my vision problems and am hoping that will help because it’s inconvenient having to shut one of my eyes to read or see things properly. It’s unlikely they’ll ever be 100% better but I’m used to them how they are now so any improvement would be welcome. 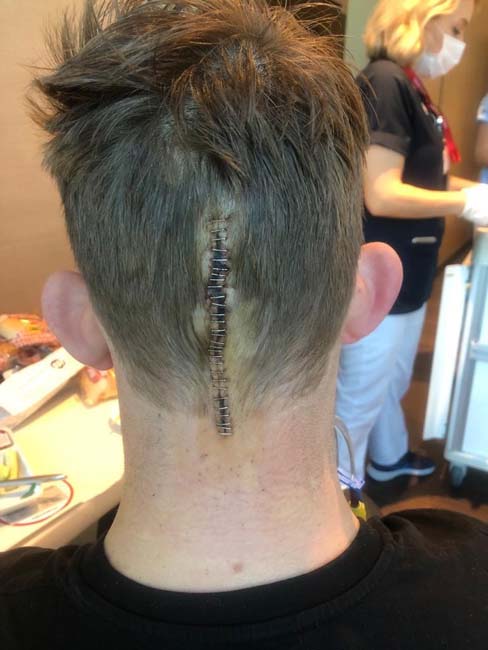 “In January 2021, I started five weeks of proton beam therapy at cancer centre The Christie in Manchester.”

My whole tumour was removed in Turkey but my surgeon insisted that I had radiotherapy quickly to prevent any chance of it coming back. It actually took a couple of months to organise, which was pretty stressful but I went up to Manchester with Mum and Dad came up to visit on weekends. We actually had a pretty good time, although the treatment took a lot out of me physically; I lost a lot of weight and my hair fell out, which added a few months onto my recovery, but I was still me despite the tiredness and irritability. It was certainly a shock being bald but my hair grew back, slowly. 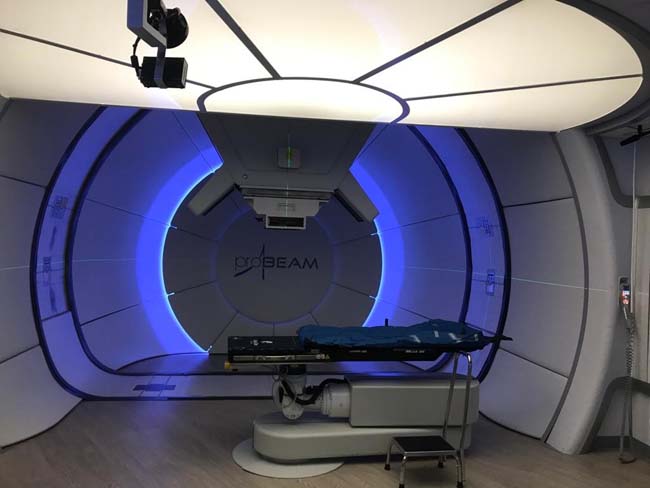 I had scans every three months for the first year, then just two last year and now I’m on annual ones. Thankfully all have come back clear. I used to get quite anxious immediately after having them, whilst waiting for my results, but now I’m fine with it as I’ve got used to the process. My next one will take place next summer. 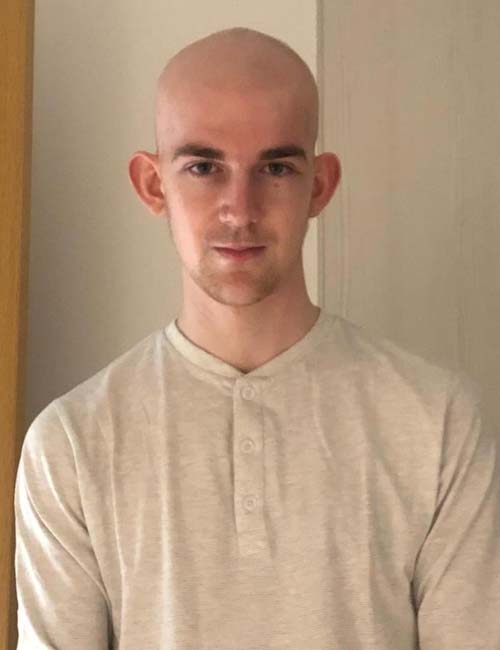 Last year, whilst I was still recovery, I did a physical training course at Milton Keynes College in Bletchley and during that I started thinking about what I wanted to do with my life now that football is no longer an option. I found the module anatomy and physiology really interesting, which is how I found myself applying to the York St John University where I started studying physiotherapy this year. I have friends at universities in Leeds, Nottingham. Lincoln and Liverpool, and it just seemed like something I wanted to do too. 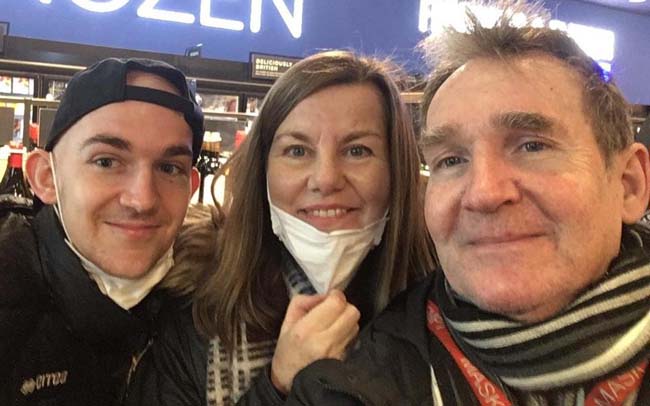 I wasn’t really aware of what brain tumours were before I was diagnosed with one, but I hear about them more and more now and am surprised by how many people they affect. I know there will be more people who are oblivious to them and so want to do what I can to help raise awareness. I don’t think I would have found out about my tumour if it wasn’t for playing football, and certainly not as soon as I did. I would actually say that, in a way, having a tumour has saved me because it’s made my life better by making me appreciate things more. It’s also made me mature faster and I think it’s made me a better person overall.

“I’m aware that not everyone with a brain tumour has the same experience as me though, so consider myself very lucky and want to do what I can to help others.” 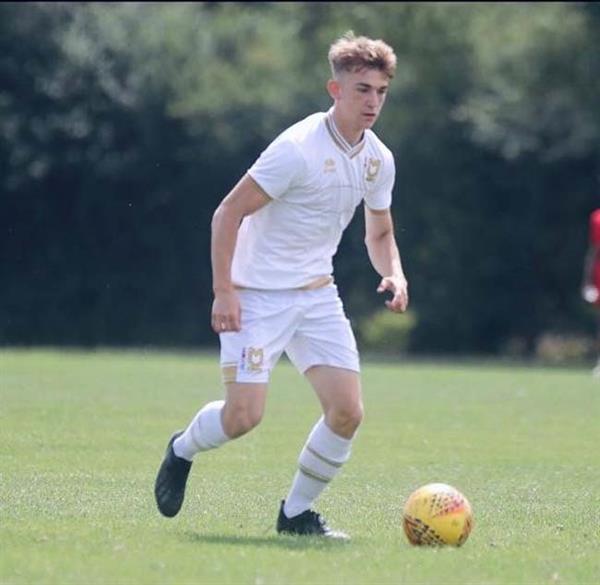