When 50-year-old Nick from Oxfordshire was refused insurance for a work trip, and told that something could have been missed on a scan from the previous year, he never expected to be told he had a brain tumour. Almost a decade after he was diagnosed with a meningioma, after temporarily losing sight in his left eye, Nick has overcome adversity, running in the London Marathon in 2021, raising more than £11,500 for Brain Tumour Research.

Work has been my life for the last 30 years, often working 18 hour days, seven days a week, living to work, not working to live. I found myself coasting through life, but now, after being diagnosed with a brain tumour, I am slowly making changes towards having a better work life balance. I used to travel 60 miles a day to and from the office and have been very lucky that my role lets me travel across the globe, to countries including, Hong Kong, the USA and much of Europe. Throughout my diagnosis I didn’t stop working, and would travel from my early morning radiotherapy appointments at the John Radcliffe (JR) in Oxford, to the office in Marlow in Buckinghamshire.

I found out I had a brain tumour almost by accident. It was 2013 and I was looking for travel insurance for an upcoming prolonged business trip. I submitted my medical records only to be told that there looks to be something on a scan I’d had a year before.

I’d had the scan because of problems with my sight. At first, I woke up with a black dot in the middle of my vision in my left eye. By the end of the day, the dot was large enough to obscure the centre of vision. I booked an optician’s appointment for the next day and during the appointment, the optometrist wrote me a letter and told me to go to the hospital immediately. I thought I probably had an eye infection.

A day later I woke up with zero vision in my left eye and went to the JR. After lots of tests, an MRI scan found a swollen optic nerve, and I went back a week later. A review of my test results showed no major cause for concern. As my vision was gradually coming back, doctors thought I could have optic neuritis which is a swelling of the optic nerve. I had scans for the next three to five months and as my sight returned, I was discharged.

Everything calmed down until a year later when I was seeking insurance and an assessor advised me to contact the consultant I had seen in 2012 due to the possibility that something was missed on the scan.

At this point, I still didn’t think it would ever be a tumour and I was curious to understand what they had found.

I went back to the JR, this time seeing a different consultant. I had another scan and received an email telling me I had a meningioma brain tumour.

“I feel like I owe my diagnosis to the person at the insurance company.”

There was a level of panic that came over me on reading the word ‘tumour’ and I was referred from ophthalmology to neurology.

The doctor confirmed the tumour was 2.5cm and inoperable due to the fact it was growing between two of the main veins in my brain. Because the tumour was slow- growing, I was put on watch and wait and assessed with regular scans which would determine any treatment that may be needed on an as-and-when basis.

After a routine scan, three years after I was diagnosed, doctors confirmed the tumour had grown by a few millimetres and I had six weeks of radiotherapy at Churchill Hospital in Oxford. I was reassured that the machine being used was one of the most accurate for this treatment and I felt in safe hands as I was zapped for ten minutes each time. My appointment was always the first one of the day and I used to go for breakfast in the hospital café every morning, wearing my lanyard, ready for work. 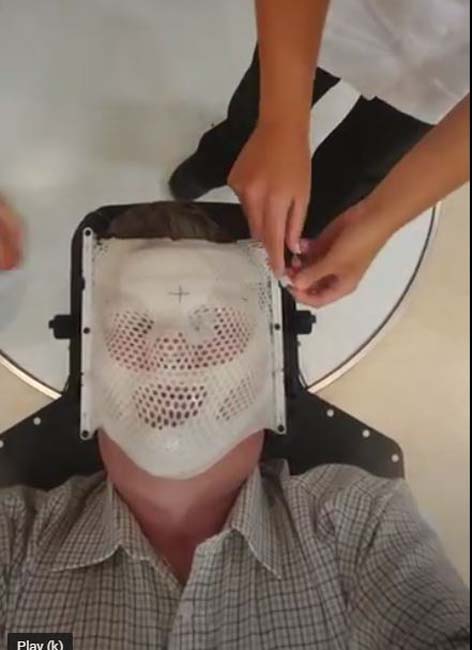 The early starts and constant travelling to and from the hospital were tiring but I persevered. The only time I noticed the effects of the radiotherapy was during a meeting when I struggled to remember people’s names. Other than that, I have very much been able to get on with living my life. 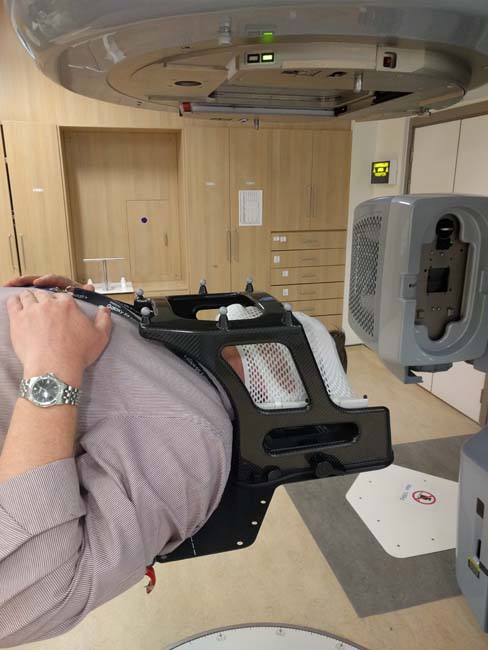 The day after I finished my treatment, I was on a plane to Poland to attend a wedding and a week after that I flew to Hong Kong for work. My diagnosis has made me want to seize every opportunity which has led me to pursue my dreams to travel to America and find a job where I have a better work life balance. 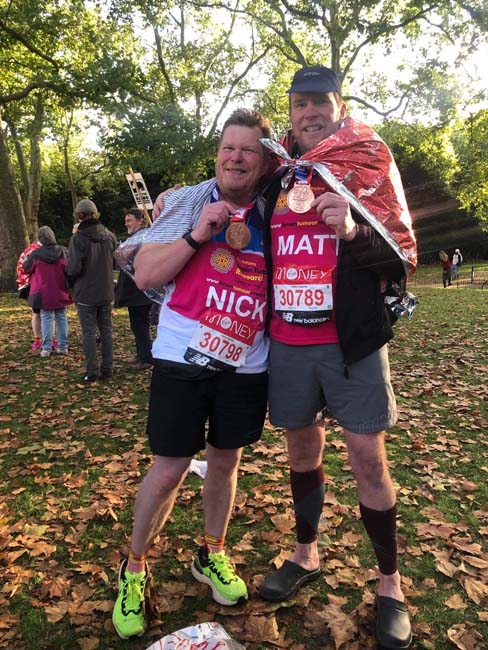 I’m still running, albeit not as often as I like, and in October I am taking on the Oxford Half.

I feel lucky that my tumour could be treated and although it was low-grade, I am scanned every two years to monitor for any changes. 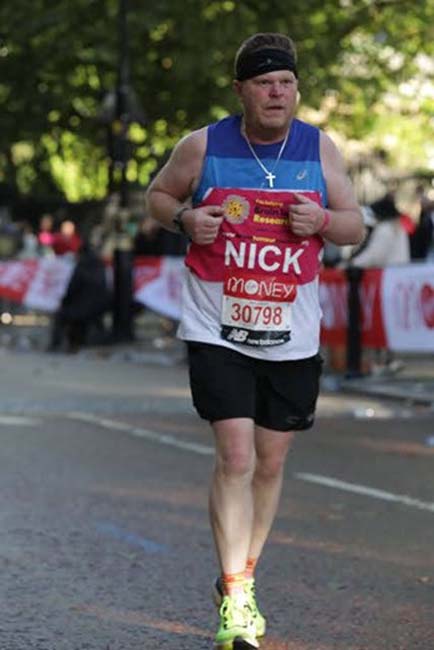