Business manager Neil was recently married to Alex and looking forward to the birth of his first child when he received the devastating diagnosis that he had a grade 3 astrocytoma brain tumour. After having surgery, he underwent chemotherapy and radiotherapy. Their daughter Annabelle was born in August 2017. Knowing that chemotherapy may have affected their chances of conceiving again, the couple were delighted to discover that Alex was pregnant again in May 2020. Baby Harvey was born on 6 January 2021. Neil continues to work and has raised thousands for Brain Tumour Research.

The year 2016 had started off in the most incredible way. Neil had won an award at work and we both travelled to America for him to collect it. It felt as if we were on a roll as he was given a big promotion, we got married and, five months later, discovered our first child was on the way.

Sadly, as the year drew to a close, things took a dramatic twist and then, in February 2017, Neil was diagnosed with a brain tumour.

“I was 13 weeks pregnant, and we had only just been telling people about the baby, now we had to break the devastating news about Neil’s diagnosis.” 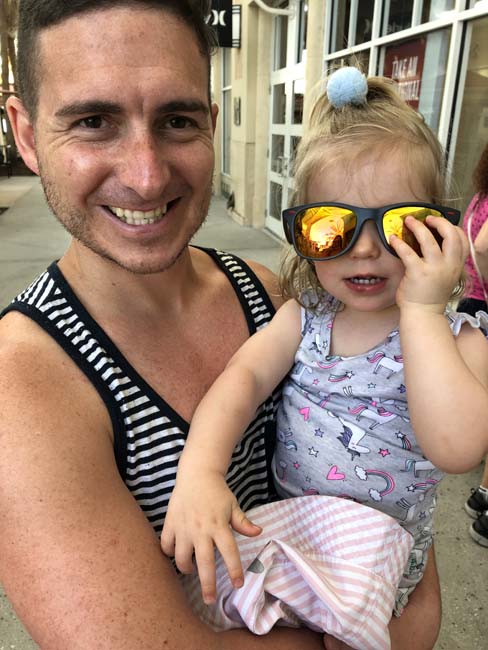 It was Christmas 2016 when Neil was first taken ill. Out of the blue, he had a seizure in the night. Terrified, I phoned an ambulance, but he checked out OK and we were advised to see our GP the following day who told us to go back if it happened again.

It was Boxing Day night when the second seizure struck. Again, Neil was asleep, and I woke straight away. We went back to the doctor in the morning and Neil was referred to a neurologist for a scan, unsure whether he was looking at a sleeping disorder or epilepsy.

However, on 20 February 2017 we were called to the hospital to be told that Neil had a brain tumour in the left frontal lobe. 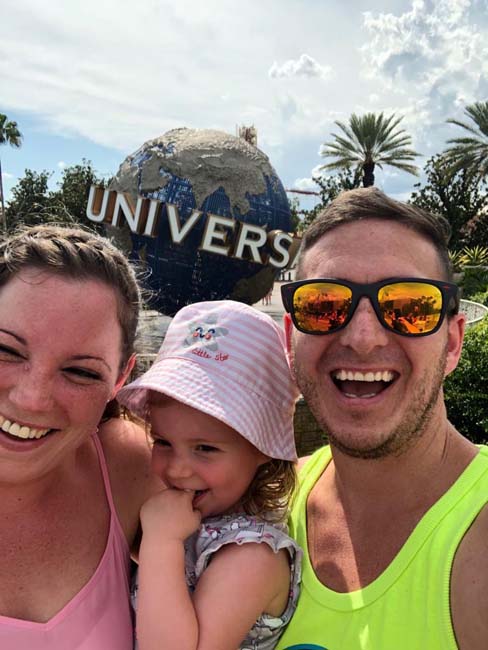 “What a roller coaster, it seemed as if one minute we were joyously telling people that we were going to have a baby and then we had to tell them that Neil had a brain tumour.”

Neil was referred to a brain surgeon and they operated in March removing what they could. It was identified as a grade three astrocytoma which would require further treatment. He was started on radiotherapy and chemotherapy as soon as he was able to after surgery.

Neil was amazing throughout his treatment. He remained upbeat throughout it all and he continued to work as a supervisor for McDonald’s in Manchester. He is also a great husband and a wonderful father to our daughter Annabelle who was born in August 2017. 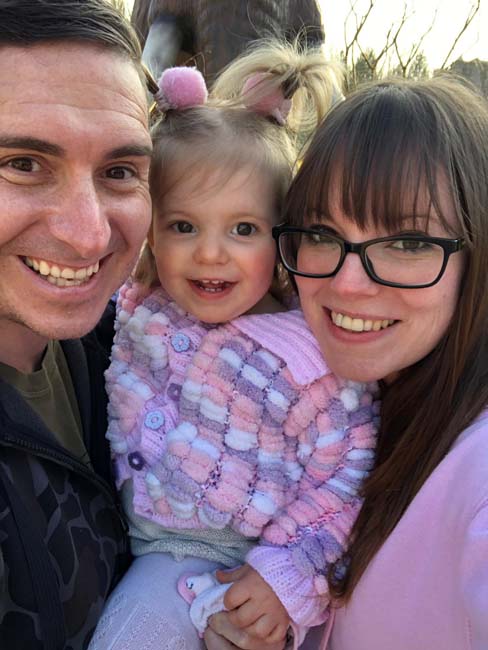 The award which took us to America in 2016 was the Ray Kroc award which recognises the top 1% of business managers in McDonald’s worldwide. A great honour and one which Neil so deserved.

Even before his surgery, Neil set about raising money for Brain Tumour Research. He did a sponsored head shave, and it is so typical of him that, even when he was going through the early stages of his diagnosis, he was still thinking of others and wanting to raise awareness of something he himself knew very little about.

In 2018 we launched Neil’s Appeal, a Fundraising Group for Brain Tumour Research, which has raised over £26,000 to date. In March 2018, we held a family fun day and football tournament at Manchester Goals Centre with games, music, food, raffles and a tombola which raised around £1,000. 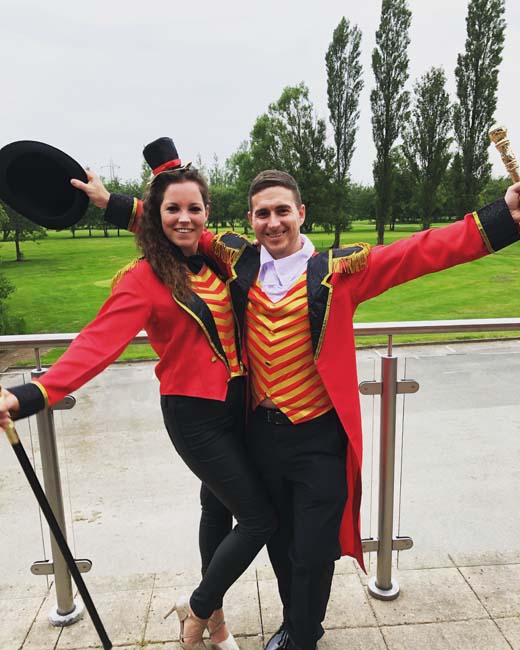 We did the same the following year and that raised £1,200. In August 2019, Neil and ten friends, relatives and colleagues did a skydive which raised around £3,000.

The family fun day and football tournament became an annual event which people really looked forward to but in 2020 it was postponed because of coronavirus. Covid also meant that it didn’t happen in 2021, so hopefully we can get it going again in 2022. It’s really hard work organising it, we both have full-time jobs and we’re shattered afterwards but it’s really worth it because we raise so much money.

We have both been so touched by the people around us who are supporting us and helping with the fundraising. Neil is just 38 – a young dad with so much to live for – yet research into this horrible disease is so poorly funded. 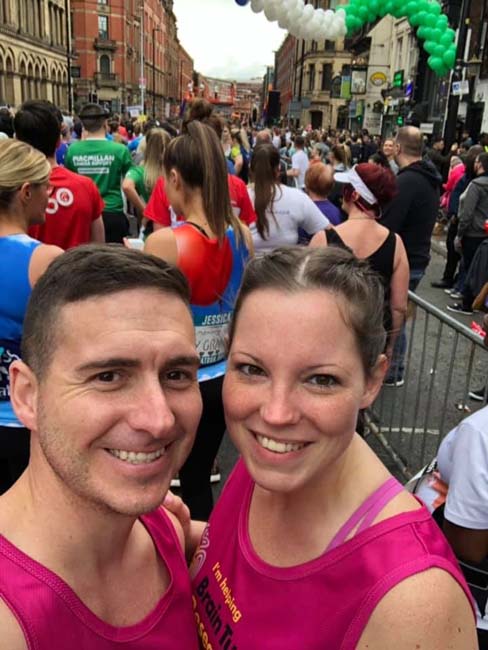 “No-one knows that the future will bring but the truth is that brain tumours kill more children and adults under the age of 40 than any other cancer.”

On January 6 2021, our second child Harvey was born at home. It was so different to when Annabelle was born. This time it was quite normal because Neil was back to himself, and we were finally getting back into that normal rhythm of life without always thinking about Neil’s brain tumour.

In March Neil had his scans – he has them every six months – so that was a time where we went back to having it on our minds and hoping that nothing had changed. Doing that with two young kids was hard. Thankfully we got through that, and Neil’s scans were fine, so we went back to being normal and shoved that under the carpet until the next scans come along. 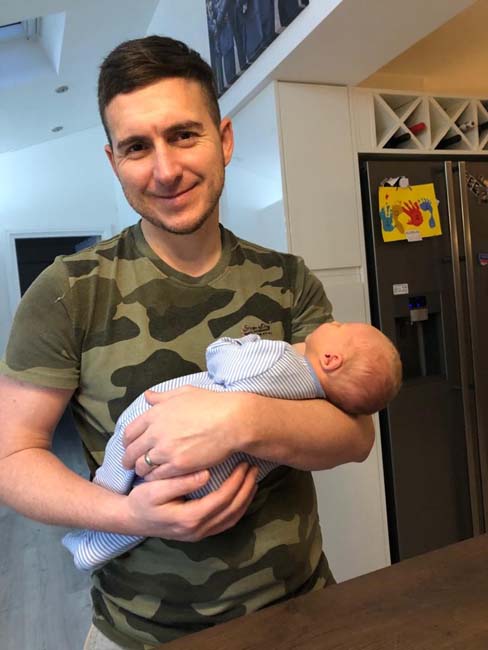 Neil had another scan in September 2021 which came back all clear.

“Each time he has his scans it’s like a ticking time bomb that we hope doesn’t go off.”

Despite that, how lucky are we? I know it seems daft to say it because we’re unlucky in some ways, but I feel luckier that we have Annabelle and Harvey. I mean, what are the chances of that? And Neil is living a normal life and he’s working.

There are some things that have affected Neil from the surgery, such as memory issues, but they’re so minor that he can still get on with normal life. That’s another thing where we feel lucky because some people can’t return to normal after brain surgery like Neil has. 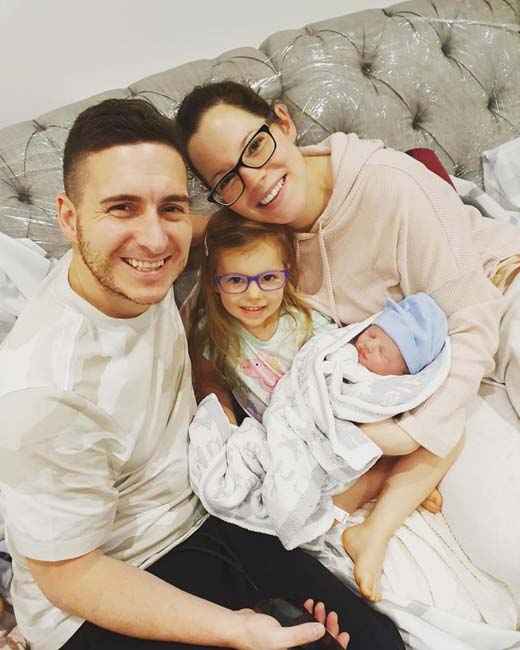