It took nine months of vomiting and losing weight to get a diagnosis for Miles. He kept being fobbed off by the GP and his mum was even told to stop bringing him to the local hospital. In desperation, Cheryl had to demand he had an MRI scan and even offer to pay for it. Miles was finally found to have an ependymoma brain tumour and has undergone surgery twice, as well as chemotherapy and radiotherapy treatment. Thankfully, 11 years on, Miles is doing really well and no one would guess what he has been through.

Here is Miles’ story as told by his mother Cheryl…

Miles was five years old at the beginning of 2010, when he started being sick from time to time. We took him to the GP surgery, but they weren’t concerned. Then, at Easter, we went on holiday to Florida and he definitely wasn’t his normal self. He was sick as soon as we got off the plane and then sick every morning and wanting to sleep a lot. Little did we know this was the tumour being affected by the flight. 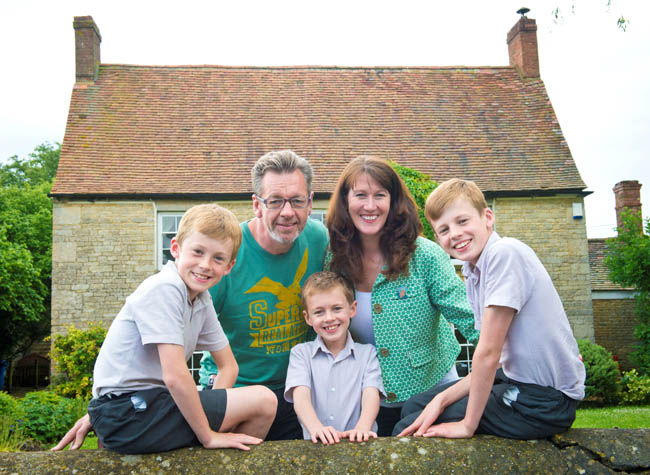 When we came home, he was still being sick and had lost weight, so we took him to the GP, who still didn’t take it seriously.

In July, Miles vomited for a whole week and by this time had got very thin, but still the GP diagnosed a virus.

Miles picked up over a period of four or five weeks, but then I was back and forth with him to the GP every week. By this time, Miles was having problems with his balance and the pupils of his eyes were dilated.

During the October half-term, I took Miles to Horton General Hospital in Banbury several times. I was treated like an overreacting mother about Miles being ill and told I needed to use the GP. I was so angry and frustrated that no one would listen to me; I knew my son was very sick and was convinced that there was something wrong in his brain. But the doctors were telling me it was cyclical vomiting syndrome.

“In desperation, I pulled out my cheque book and said I wanted a scan for Miles and, if necessary, I would pay for it. I was told that they couldn’t do anything as it was a Saturday and they don’t do scans at the weekend”

Fortunately, when I returned with Miles the following day, we saw a more sympathetic doctor who agreed to refer Miles for a scan. 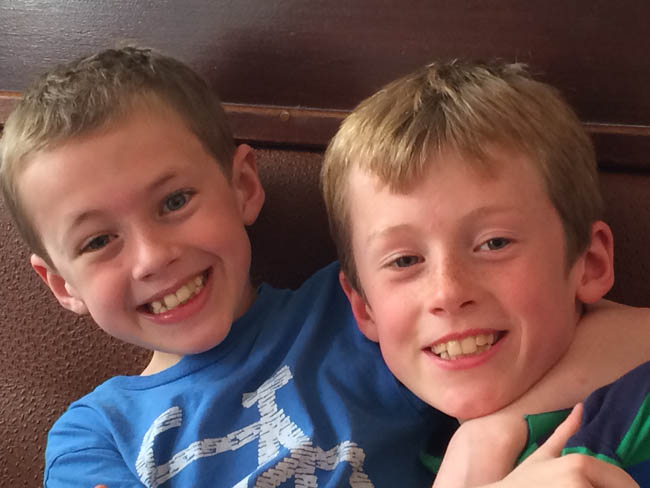 A CT scan was booked for 1 November 2010, by then Miles, who had been suffering with prolonged bouts of vomiting over a nine-month period, was no longer able to walk and I had to carry him in.

“After the scan that I had fought so hard to procure, we were given the devastating news that a mass had been detected on his brain and that Miles was being transferred to the John Radcliffe Hospital in Oxford.”

It was comforting to find the neurosurgery team there to meet us when we walked in and from then on, the level of care Miles received was phenomenal. 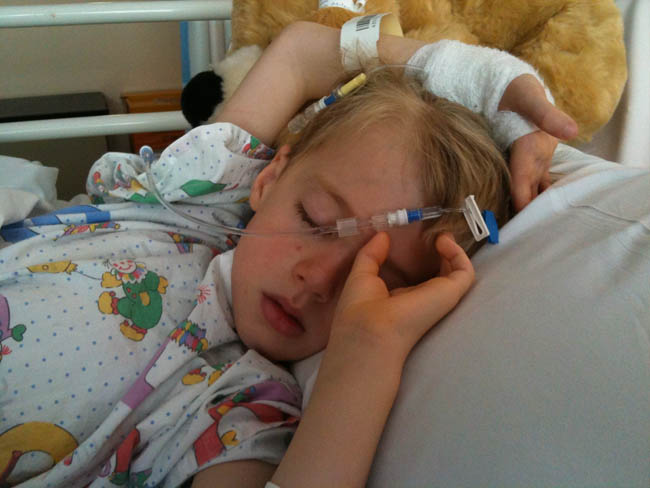 Just two days later, the tumour, which was the size of a clementine, was removed, leaving just a sliver on his brain stem. Miles underwent six weeks of radiotherapy, as well as chemotherapy and three-monthly scans to eradicate what turned out to be an ependymoma.

“Miles had spent much of what turned out to be a five-month period in hospital which was very tough on him, but it was also very tough on his twin brother Edward who missed both his brother and his mum terribly. Edward and Miles, although non-identical twins, were very close and used to hold hands as babies through their cots and had their beds side-by-side.”

Fortunately, the John Radcliffe was able to offer counselling for the boys including their older brother Lucas.

Miles never really recovered completely from his treatment. Over Christmas 2012 and into the new year, he was suffering with pain in his lower-back and complaining that his legs were hurting, although we were told that nothing showed up on a scan. 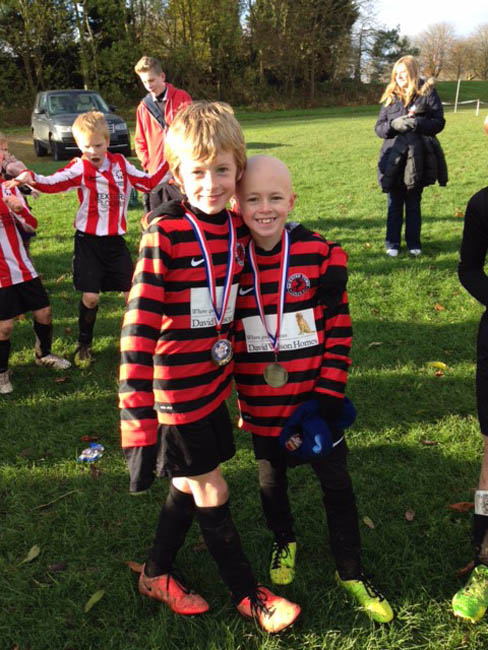 Shortly afterwards, a physiotherapist wrote to one of the consultants because she felt there was still something wrong with Miles. He wasn’t improving as he should be.

It turned out that there had been something small on a previous scan, which we hadn’t been told about. We then learnt that Miles had drop metastases (intradural extramedullary spinal metastases that arise from intracranial lesions). They explained that he had cancer cells floating around in his spinal fluid which were wrapping round his spinal column and causing pressure. 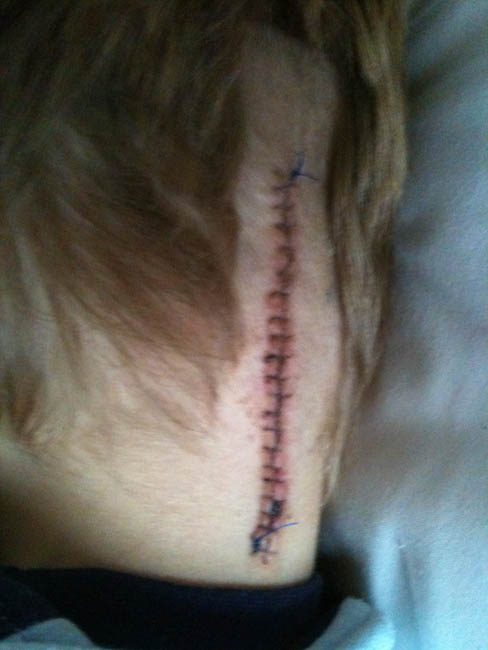 We were faced with a very difficult choice of treatment paths – either localised radiotherapy or wider treatment on his spine and brain which could attack any undetected cancers, although we were warned that this also carried a risk of brain damage.

“We were very aware that there was a risk of rendering Miles a vegetable, but we put our faith in God. We felt that by killing the cancer we would be giving Miles his best chance.”

On 23 June 2013, Miles underwent further surgery which was very scary, followed by further radiotherapy, which this time was cranial and spinal.

Thankfully our decision to go for much more radical treatment seems to have paid off.  Miles’ scans have been fine, apart from one, three years ago, when he was 12. A small patch in his brain showed up, but this was put down to necrosis, probably as a result of the radiotherapy. 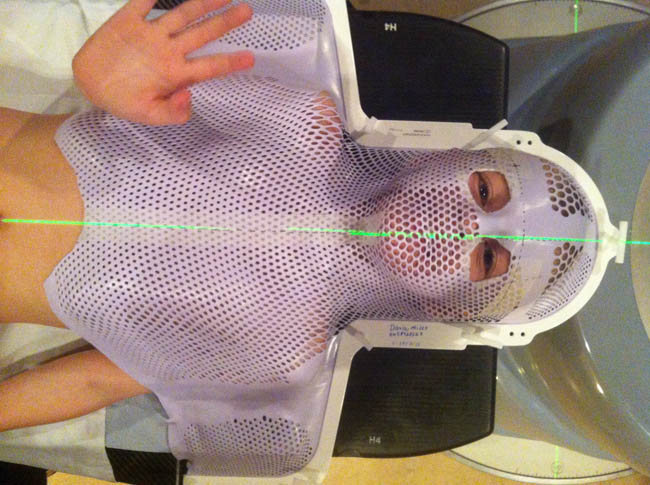 Miles is now 16 and, if it hadn’t been for the coronavirus pandemic, should have been sitting his GCSE exams very soon. He is enjoying life and is very sporty, loving playing golf and hockey. If you met him, you would have no idea what he has been through. However, the long-term effects of having a brain tumour have meant he has to take endocrine tablets five times a day and also inject himself as his body is not making enough hormones. He continues to have six-monthly check-ups and we can pick up the phone to his hospital team if we have any concerns.

“We feel so lucky that Miles is a brain tumour survivor and doing so well. So many families we came to know through Miles’ treatment have lost children. Of six kids all diagnosed around the same time as Miles, only two are left.”

One boy passed away just two years ago, which was very tough for Miles. 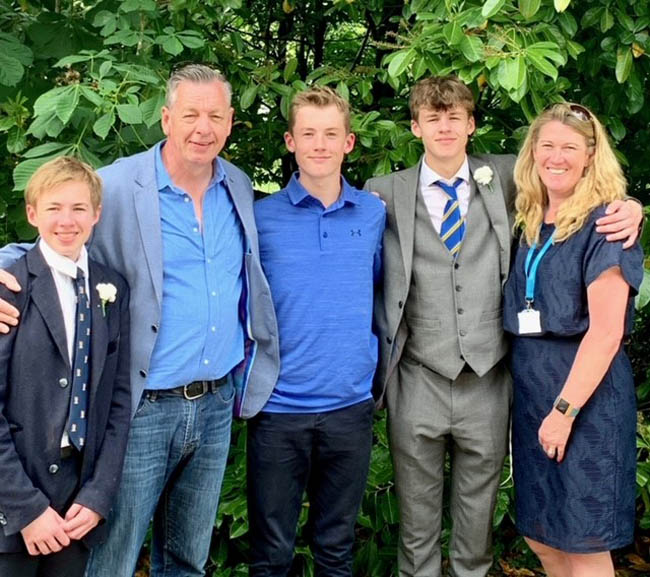 Having learnt the hard way back in 2010 how little research was going on in the UK because there was such little funding and how the treatment protocol for brain tumours had been written as long ago as 1999, we set up the charity the Children’s Brain Tumour Foundation in 2012. We were a Member Charity of Brain Tumour Research. For the first four years we did a massive amount of fundraising, but after I went back to work this became more difficult.

We have now dissolved the charity and donated the balance to Brain Tumour Research in order to fund a four-year PhD studentship at Queen Mary University of London (QMUL) to take forward some of the great work done there on epigenetics of medulloblastoma childhood tumours. This research will have an impact on other childhood brain tumours too, including ependymoma, and advance childhood brain tumour research to the next level. 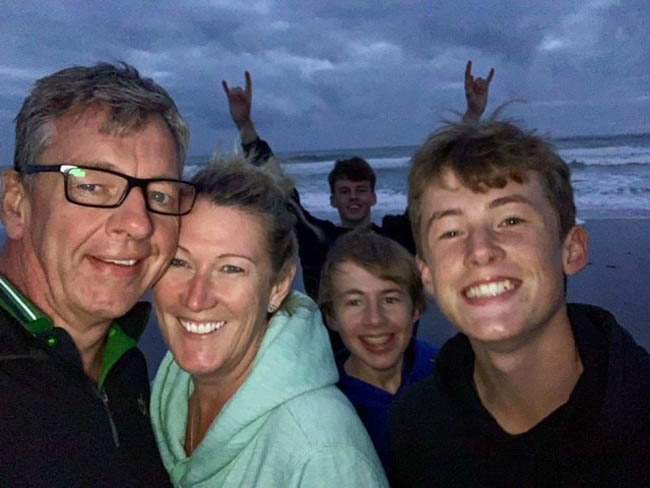 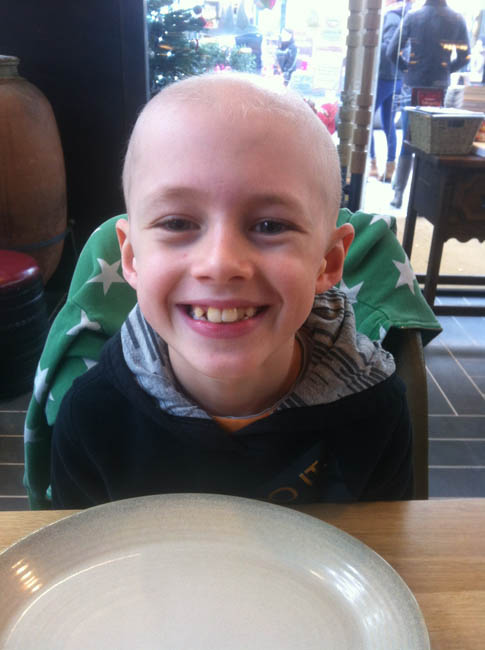