Matt Schlag, 44, from York, started getting regular migraines so severe they were affecting his behaviour. After concerns from his manager, Matt got an MRI scan which revealed an anaplastic astrocytoma brain tumour. Matt, dad to Reuben, two, and Anja, five, has gone through two operations, radiotherapy and chemotherapy. He’s now working with Brain Tumour Research and raised £3,000 after successfully completing the London to Brighton cycle ride in September 2022.

In September 2019, I was studying to become a primary school teacher at the GORSE Academies Trust in Leeds.

“I kept on getting awful migraines every other day. They were really intense, and I was also getting lost in conversations and forgetting my words, it was really weird.” 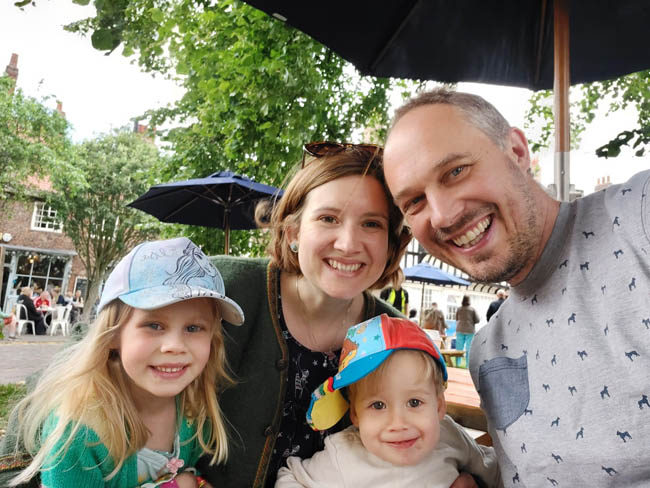 My boss told me to get properly checked out because he thought I was behaving strangely. My timekeeping had become poor and I was getting lost not only in conversations but around the school building itself.

I was away with the fairies and I wasn’t my usual eloquent self. I was awkward in conversation and I wasn’t really engaging with people like I usually would. 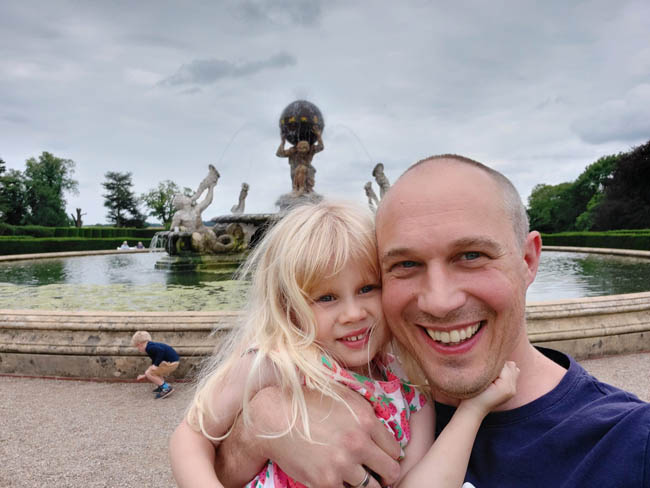 “My boss was instrumental in helping me deal with the situation and getting me sorted out as I wasn’t capable at the time. His intervention saved my life.”

On 1 October, I went to Accident and Emergency at Leeds General Infirmary (LGI) and insisted I had a scan. I told the staff I wouldn’t leave until I had it. Fortunately, they relented. 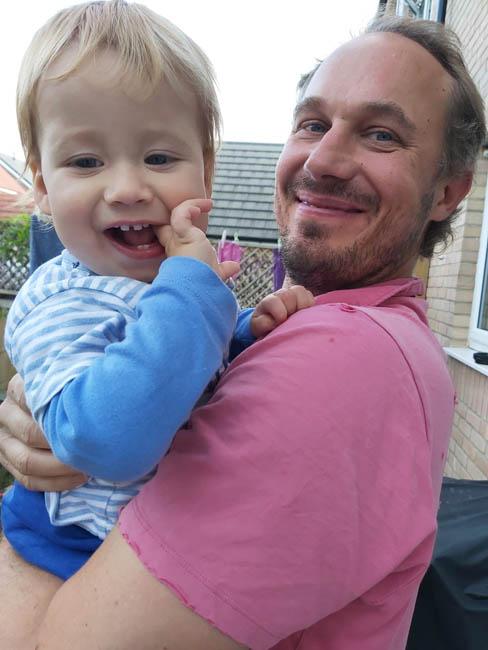 “The scan showed something on my brain. This came as a massive shock to me and my wife, Louise.”

Three days later, which happened to be my daughter’s second birthday, I underwent surgery. The operation went well, although they didn’t manage to get all the tumour. I was so elated when I woke up, I was singing Aqua azzura in Italian. 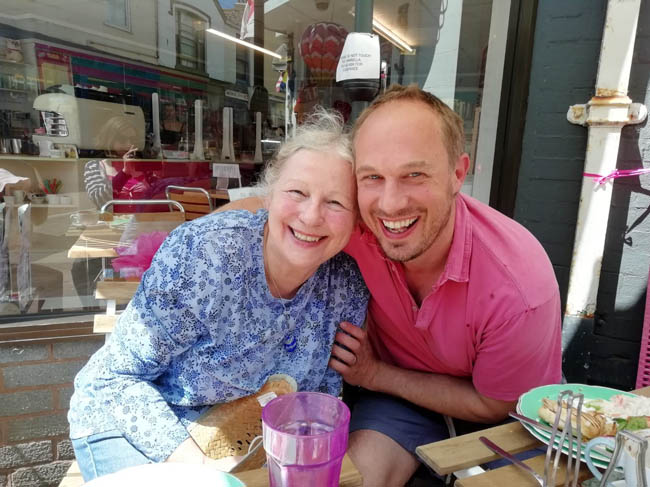 “I don’t know if it was the drugs I was on, but I just felt so happy because I’m fluent in Italian, and this meant that I hadn’t lost my language skills completely.”

But then I was diagnosed with an anaplastic astrocytoma brain tumour. I was devastated and just didn’t know what to think. 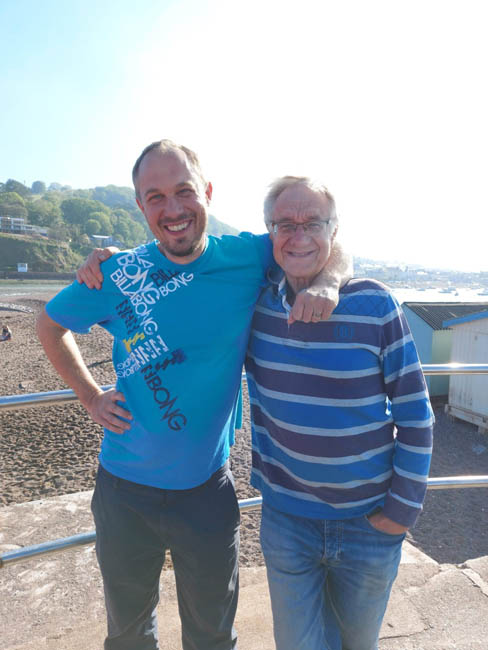 I underwent three months of radiotherapy and 12 months of chemotherapy. In August 2020, I had a check-up scan but it showed that the tumour had grown again.

“I thought ‘not this again’ because Louise and I had celebrated with Champagne, thinking that I had beaten this and that we could draw a line under it.”

I had a second operation on 13 September 2020, followed by six months of chemotherapy.

I have scans every three to six months now, and the last two have been positive

“This experience has made me more positive and made me realise my relationship with my wife and children are the most important things.” 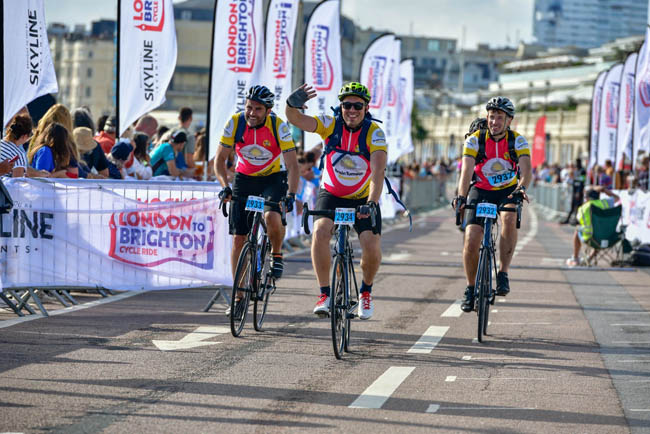 On 11 September 2022, I did the 55-mile London to Brighton Cycle Ride with my friends Chris Lumb, 44, and Chris Keithley, 43, where we raised £3,000 for Brain Tumour Research. It was a great day and my family was there to cheer me across the finish line.

I just wanted to do something positive after what’s happened. It’s so important to raise money to help find a cure because, until a cure is found, there’s always the worry that the tumour can come back again.

I'm currently applying for roles to be back in the classroom. I get a real buzz from teaching, so I am excited at the prospect of returning to the school environment. 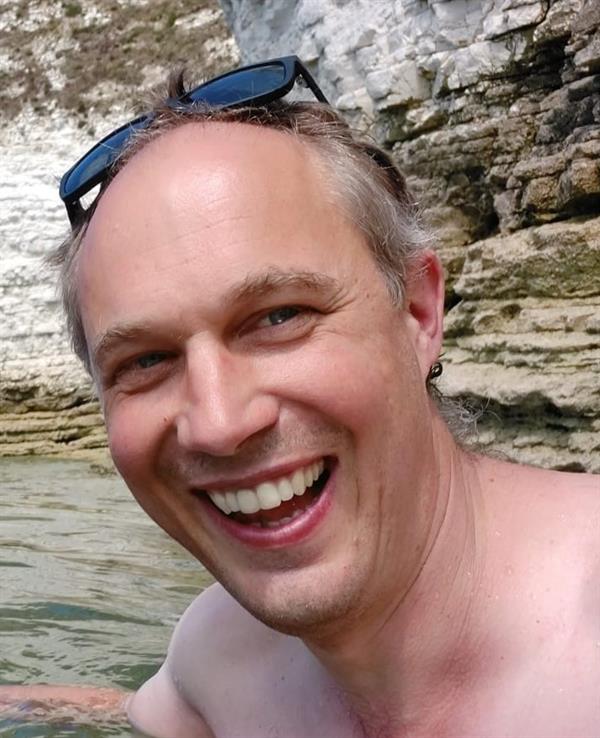