Maisie Dury, from St Andrews in Scotland, was diagnosed with a brain tumour in 2007, when she was just two years old. For her parents, Vanessa and Ollie, being told their precious daughter had a brain tumour was utterly devastating. Since her diagnosis, Maisie’s family has been committed to support the brain tumour cause in any way they can, helping to launch Brain Tumour Research in 2009 and going on to campaign and raise thousands of pounds for the charity. Maisie, now 16, has recovered from her ordeal, and has recently embarked on her first solo fundraising for the charity.

I don’t remember much about being ill as a young child. It’s strange because while I don’t want to be able to remember it, it was a huge chapter of my life and I feel like I should at least have some memory of it. I’ve struggled with that concept at times.  My first memory is of meeting my little sister Anna for the first time in hospital after she was born. She arrived in 2007, just after I’d been ill with my brain tumour. My mum was heavily pregnant when I was diagnosed and so she and my dad went through an incredibly tumultuous time.

It all started soon after I turned two-and-a-half in 2007, when my parents noticed that I would sometimes look a bit vacant. They weren’t unduly worried but they mentioned it to our family doctor, who suggested it could be a form of epilepsy and she referred us to a specialist.

“Over the next few weeks, I began to have seizures, during which I would shake and appear to lose control. The hospital told my parents that my condition wasn’t urgent and we would have to wait three months for a referral.”

My parents’ instinct told them that something was more seriously wrong, so they pleaded for me to be seen sooner. We lived in London at the time and a neurologist at St George’s Hospital saw me a few weeks later. I was diagnosed with a common form of epilepsy and given medication for the seizures. It was a relief for my mum and dad. I had a non-life-threatening diagnosis and they were told that it could be treated. They were given leaflets and information about the condition and went away feeling better. Fortunately, the neurologist also suggested that I had a routine MRI scan (which is not always the case).

“My parents took me to the appointment on a Monday morning in June, expecting to be home by lunchtime. That afternoon, however, I was admitted to a children’s neurology ward, after the scan revealed a brain tumour.”

My mum and dad were completely devastated. It was a complete shock. The following day, they were told that my tumour was in the centre of my brain, in an unusual position. Unlike with the epilepsy diagnosis, there were no leaflets to read and they had no idea what would happen to me. Luckily, I had an amazing surgeon, who took time to explain everything and went ahead with the operation the next day. 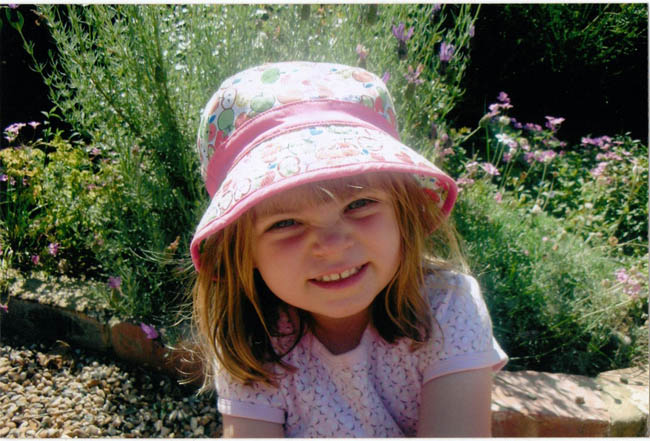 Because it was discovered in time, it could be successfully removed by the surgery. I had a low-grade central neurocytoma, a type of neuronal tumour, located centrally within the ventricles (fluid filled spaces of the brain). My tumour-type is rare among children and because so little is known about brain tumours in general, the future was left uncertain, even after the tumour was removed. But I recovered well from my operation and have gone on to have a healthy and happy childhood, with no complications or tumour recurrences ever since. 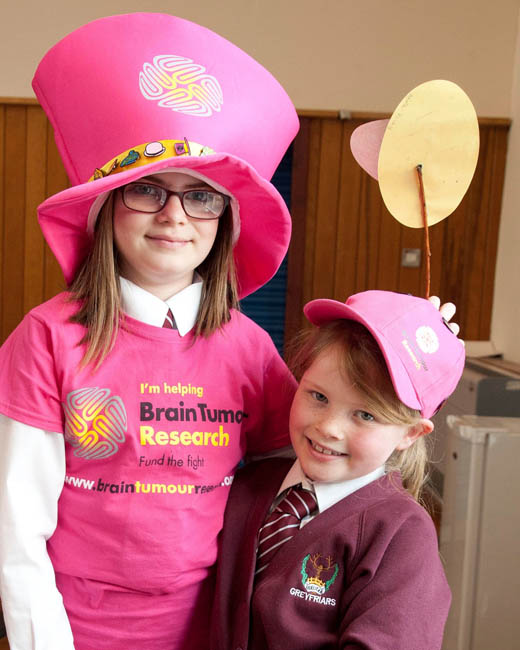 In 2010, when I was five, we moved from London to St Andrews in Scotland. I’ve continued to be closely monitored with regular scans at Ninewells Hospital in Dundee. At first my scans were every six months and until the age of 13, I had to have them under general anaesthetic. They were reduced to being annual and now they are every 18 months. I’m always anxious waiting for scan results and it can be overwhelming but as the years have gone by, I’ve been more optimistic. I try not to think about it too much. The chances of it coming back now are slim.

“I am now in fifth year at secondary school and will sit my exams in music, drama, chemistry, mathematics and English in the summer. I hope to study music at university. I play the cello, piano and I also sing.” 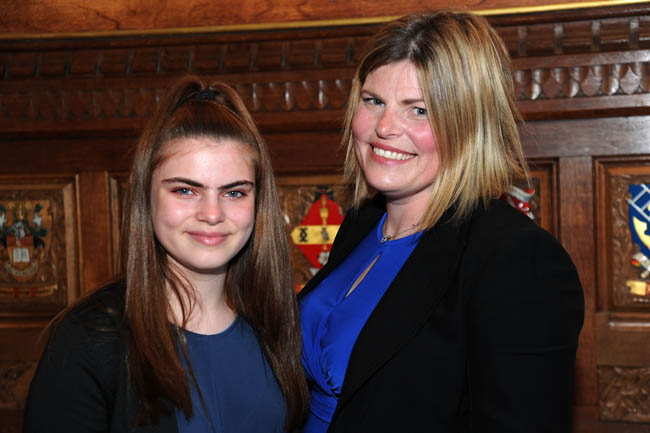 Since my diagnosis, my mum has been passionate about raising awareness of brain tumours and highlighting the lack of funding into research for this devastating disease. The launch of Brain Tumour Research could not have been as successful without her dedication to the cause. She helped galvanise the support of a number of MPs and peers for the launch in 2009 and three months later she drafted the charity’s first statistics report, which gained national media coverage. I am really proud of the way in which she has used her first-hand experience to channel her energy into something really positive. In April 2019 we attended a brilliant reception at Speaker’s House in Westminster, to celebrate a decade of the charity and. We have also been privileged to meet some of the charity’s high-profile supporters, including Ed Balls and Dame Sheila Hancock. 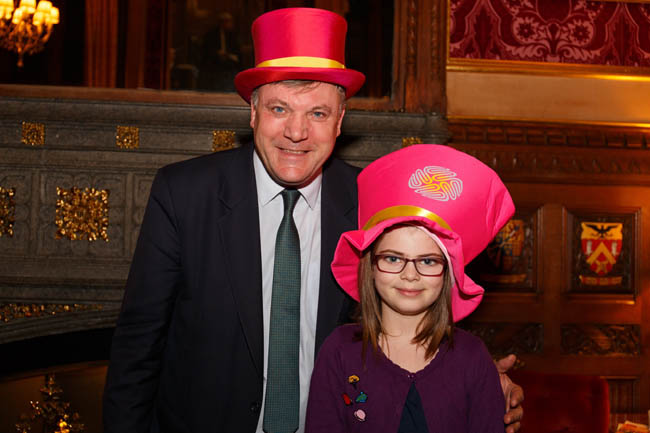 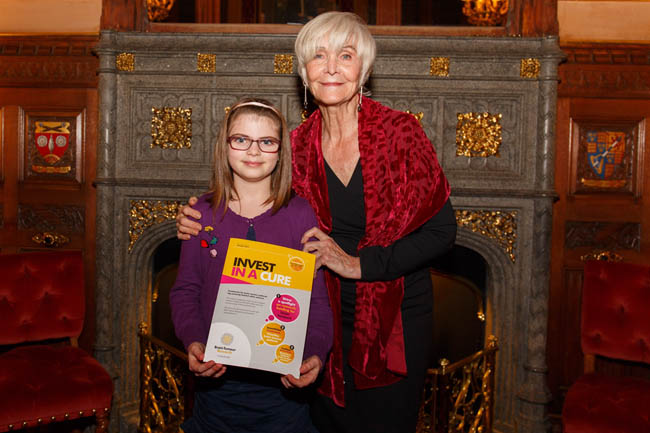 My family has also been dedicated to fundraising for the charity for many years, raising thousands of pounds to help find a cure. My aunty Sally, a teacher at an independent school in Northamptonshire, has organised various fundraising events, as has my cousin and her friends. My own primary school, Greyfriars in St Andrews, has always held Wear a Hat Day events in support of the charity too. Recently, I signed up to do my first big solo challenge to raise money for Brain Tumour Research. I am taking on the 10,000 Steps a Day in February Challenge after seeing it advertised on Instagram. After all the amazing support from my family over the years, it feels good to be taking this on under my own steam, having overcome the disease myself. In just a couple of weeks I have raised more than £1,000, which has far exceeded my expectations. The weather has been really challenging and the walking is tiring but all those wonderfully generous donations are spurring me on. Due to the COVID-19 pandemic, I’m currently home-schooling and I’m having to get up and do my steps before I start my online lessons and studying. My parents are joining me for some of the walks, as is my dog, a whippet called Bingley. 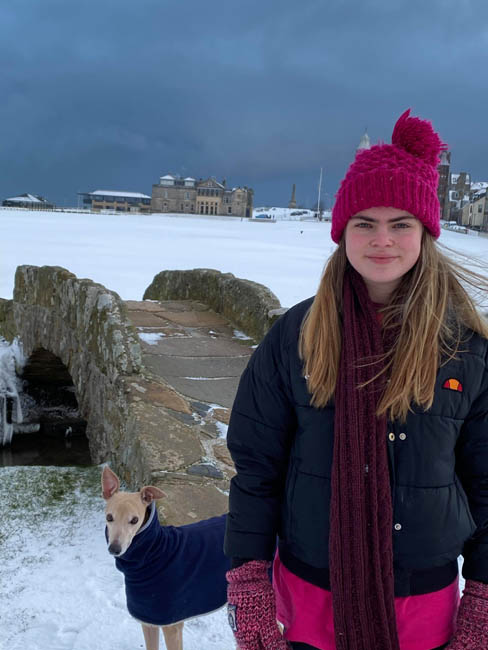 Brain Tumour Research remains a charity really close to my heart. I am one of the lucky ones. There are so many children out there who do not get diagnosed early enough and whose symptoms are often missed. I worry about the effect of the coronavirus pandemic on brain tumour patients, especially children, who may not be seen quickly enough to get a diagnosis or to receive the treatment they desperately need. It’s just heart-breaking to think what people are going through now. More children die of brain tumours in the UK than from any other cancer. I think of those children and their families every day and just like my loved ones, I will continue working to support the brain tumour cause in whatever way I can. 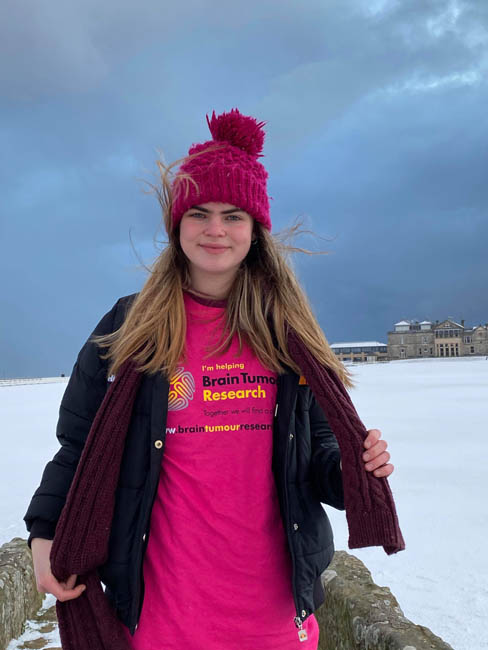 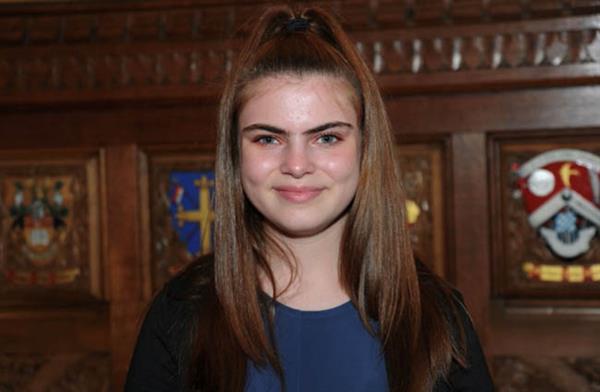