Katie Galan-Wilkinson is a 37-year-old mother-of-three from Ilminster in Somerset. Katie’s labour was induced after her brain tumour diagnosis came in the late stages of her pregnancy. She has undergone surgery to remove a grade 3 anaplastic astrocytoma. Having been through a course of radiotherapy and chemotherapy treatment during the COVID-19 pandemic, she now has regular scans to monitor her health.

I was heavily pregnant with my third child when I first realised something was wrong. My husband Daniel, a GP, was on a work trip to Italy in April 2019 and I had taken the opportunity to go with him along with our children Sofia, who was then four and Hugo who was two.

When I started to suffer from painful headaches, I put it down to the stress of being away from home and the logistics of managing two small children in a strange place while being seven months pregnant.

The pain at the top of my nose and between my eyes was happening every day and I also experienced a really strange smell, which I can’t describe. On top of this, I had a strange tingling sensation on the left-hand side of my body.

As a medic, these symptoms were throwing a red flag for Daniel, but health professionals back home, at first passed them off as hormonal and pregnancy-related. I didn’t feel that things were right; I had been through two normal pregnancies and none of these things has happened to me before.

The symptoms continued once we were home, at times I would wake up with the strange smell and sensation until, seven weeks later, when I was 39 weeks pregnant, I had a full seizure while I was in bed. Fortunately, Daniel was there with me, he dialled 999 and I was taken by ambulance to Musgrove Park Hospital in Taunton.

“I underwent lots of tests including a CT scan and an MRI and was told later the same day there was a mass on my brain.”

Things moved pretty quickly from there; the doctor said it looked aggressive, they wanted to act quickly and to induce my labour.

It was horrific. I was in shock and felt as if I was being robbed of the birth experience that I wanted and had been able to have with our two other children. However, it was fortunate that the pregnancy was so nearly full-term. Childbirth is always difficult but you have that image in your mind of holding your newborn and then the photo of you looking exhausted but happy. I was robbed of that too: I looked like a woman in shock who had just been told she had cancer and who had given birth in traumatic circumstances. And then, of course, the calls to friends and family to let them know our new baby, Mario, was here, were completely overshadowed by my diagnosis. 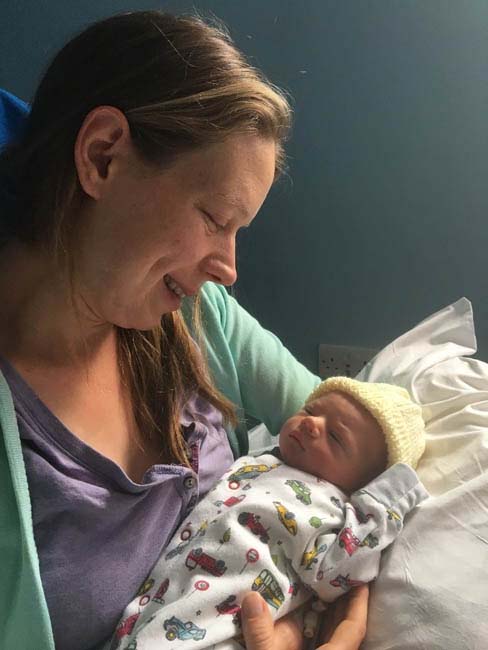 Mario was born on 5 June and on 9 July I went into surgery in Bristol to remove the brain tumour. The operation lasted for ten hours and the tumour, later identified as a grade 3 anaplastic astrocytoma, had grown to the size to two golf balls on the frontal lobe of my brain. My head was swollen and thumping for days but I was determined to get out of hospital in time for Sofia’s fifth birthday on 14 July. 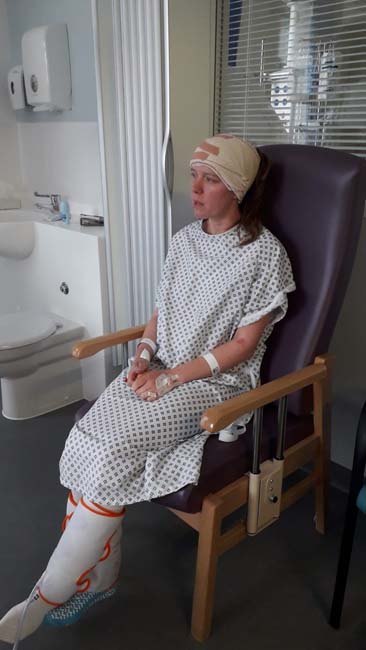 After the surgery I had 33 sessions of radiotherapy, travelling to Exeter every day for six-and-a-half weeks from our home in Somerset. My diagnosis meant I was no longer able to drive so I relied on others and, to reduce the risk of alarming Sofia and Hugo, we always tried to drop them off at school and nursery and then be back in time to collect them. Baby Mario would come with me every day and there were plenty of people at the cancer support centre who were happy to hold him while I had my treatment.

Radiotherapy finished in mid-October 2019 and I had 12 cycles of chemotherapy, which finished in November 2020. I now have regular scans to check how everything is and my last one in September 2021 was stable.

“Treatment left me with suppressed immunity and so I am still high-risk should I contract COVID-19. I felt very vulnerable and knew that doctors were likely to have to make difficult decisions on who to treat and who not to treat during this dreadful outbreak.” 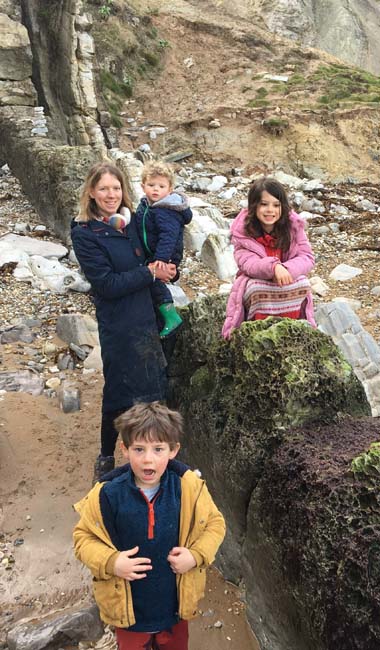 Having a brain tumour makes things more complicated and I thought healthcare professionals would be less likely to choose me over an otherwise healthy person. That was a frightening thought. Coming through the pandemic and being a young mum and brain tumour patient, I haven’t had many issues having scans and getting feedback from my consultant, I feel lucky in that sense.

Following my operation, the surgeon was very optimistic but I know that the prognosis for people with the type of brain tumour I have can be as little as a few years. I am trying not to think about any kind of number at the moment, but instead, concentrating on the quality of my life. I am living alongside my diagnosis rather than it overshadowing my life.

It’s now even more important to stay with my family, Mario is now two and will soon start pre-school. Daniel is back to working in the surgery and the older two children are at school. I know that I am going to miss out on a lot of things in their future and being with my family as much as possible now is important to me. 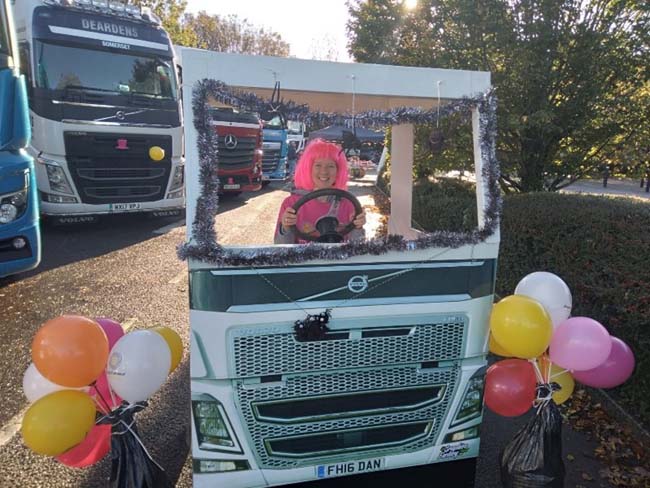 I recently attended an event close to where I live in aid of Brain Tumour Research and it was eye-opening when you start talking to people and find out how commonly brain tumours appear in people’s lives. That’s the reason why I volunteer and take part in events for the charity so that my children can be proud of me and say: mummy did everything that she could to stick around for as long as possible. 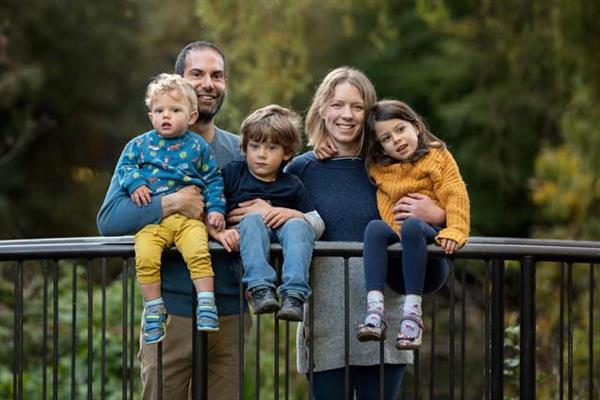