Katie from Hampshire believes a routine eye test saved her life after she was diagnosed with a meningioma. She began to feel unwell in November 2020, experiencing intermittent headaches and blurred vision. Concerned over abnormalities in her eyes, the optician referred her for an MRI scan at Basingstoke and North Hampshire Hospital which revealed the shocking discovery of a large mass on her brain. The 30-year-old has had two operations and recently finished a course of radiotherapy. Katie wants to share her story to help raise awareness of the disease.

Everything happened so fast after finding out I had a brain tumour - five days later I was in theatre having an operation to remove the mass.

I first started feeling unwell in November 2020. I had feelings of nausea and was generally not feeling myself. I had the odd headache but didn’t think anything of it.

My menstrual cycles stopped and at the start of 2021 I visited my GP. Tests showed I had high hormone levels, and I was referred to an endocrinologist for further investigation.

Whilst waiting for a follow-up my vision started to go blurry. I stopped driving because I didn’t feel safe being in control of a car. I took myself to my local Boots Opticians in Romsey who said they could see there was something but weren’t sure what they were dealing with, so I was referred to ophthalmology at Southampton General Hospital.

I felt positive that things were being done and reassured they took things seriously, but equally scared, as there was still an unknown cause at that point.

My ophthalmologist ordered an MRI scan which took place at Basingstoke Hospital which I had the day before I was bridesmaid for my best friend. By this point it was June and things had started to get worse; I came out in hot sweats and feelings of anxiety would run through me. The day after the wedding, I took myself to A&E and was given eye drops to help with my vision. I was exhausted with feeling poorly over the last seven months.

Desperate for answers, I rang the endocrinologist’s secretary to see if my MRI results were in.

“I was told I had a large brain tumour and was being referred to neurology.”

Within the same week I was put on steroids to reduce inflammation before having a CT scan. During a Zoom call with the surgeon I was told they would need to go from ear to ear over the top of my head to access where the tumour was growing. Everything was so quick I barely had time to process the news of being told I had a brain tumour let alone the details of the surgery.

The craniotomy, performed by Mr Mathad, removed part of my tumour. During my recovery I noticed an instant improvement in my eyesight. The mass was found to be pressing on my pituitary gland which offered an explanation as to why my menstrual cycles had stopped. I hadn’t realised how much the tumour had impacted my vision. Colours were more vivid and everything seemed sharper, I almost needed to wear sunglasses because everything felt brighter. 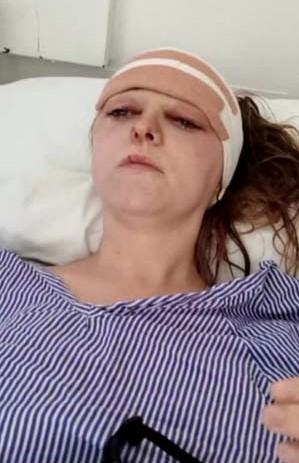 A biopsy of the tumour showed I had a meningioma, often slow-growing and the most common brain tumour in adults.

I believe going to the opticians saved my vision. I was told if it was left any longer then I would have lost my eyesight, where the tumour had been pressing on my optic nerve. I also feel like they saved my life. If the tumour remained undetected for a longer period it could have been life-threatening. Finding out I could have been living with the tumour for the last decade was unbelievably frightening. 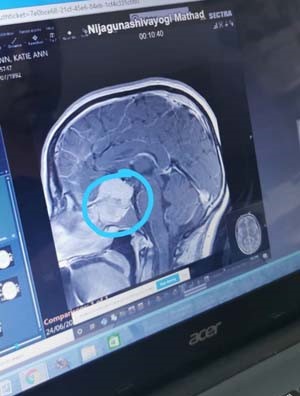 I had a second surgery in March 2022, this time via my nose. The remaining tumour was wrapped around major arteries making it high risk to remove it and I was prepared for radiotherapy which offered a 90% chance of stopping a recurrence. 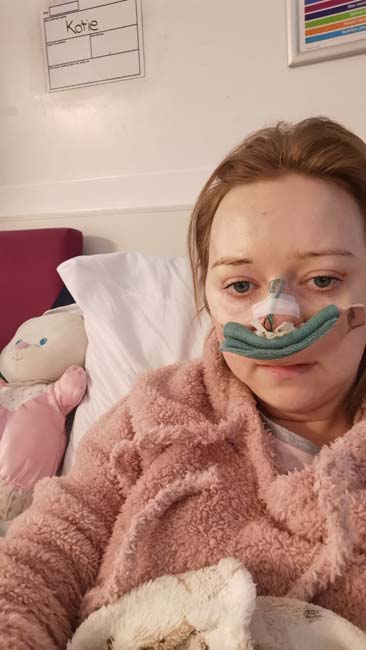 The same week I started radiotherapy, I underwent fertility preservation due to the risk of infertility which brain tumour treatment carries with it.

I felt as though any choice I had was taken out of my hands, but the only other option of doing nothing could have been life-limiting.

At the beginning of December I finished radiotherapy which took over my life for six weeks. I’m thankful to my radiotherapy consultant Dr Enrico Clarke for making me feel at ease.  I’ve had some hair loss where the radiotherapy was targeting the mass and my nose and throat is still recovering from the second operation. Other than that, I feel fortunate to be able to share my story to help raise awareness. 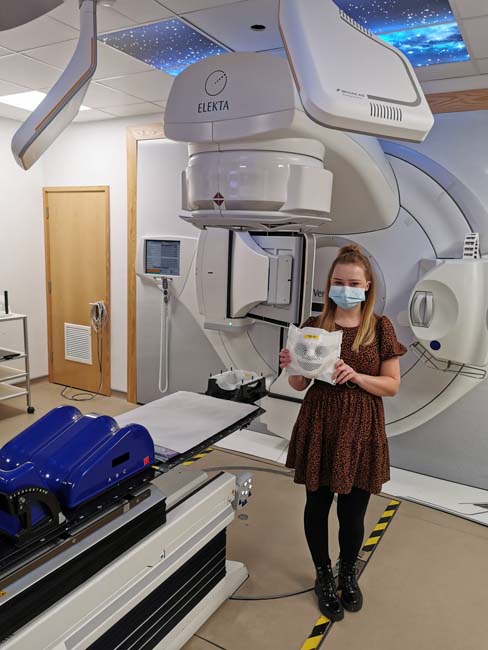 The team at the Macmillan support centre in Southampton General Hospital was brilliant. Although my diagnosis is low-grade, it was somewhere I could go for practical and emotional advice.

The last few years have been full-on and compared to last year, where everything was still unknown, I feel I am in a better place with my mental and physical health. 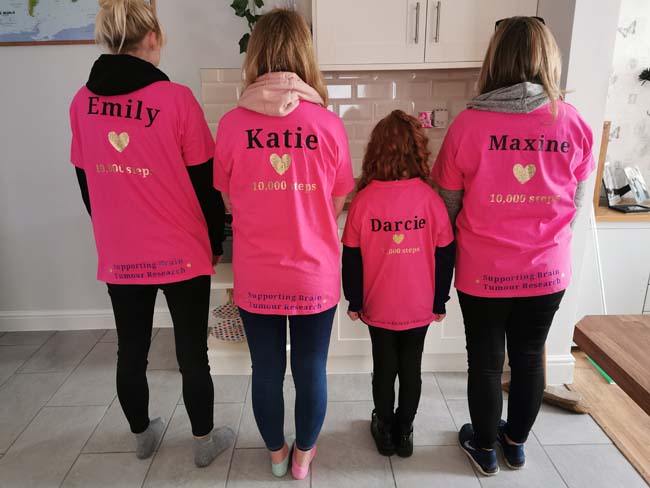 I’ve felt well enough to support Brain Tumour Research through their 10k Steps a Day in February Challenge raising more than £2,740 which represents how much it could cost to fund a day of research at one of their Centres of Excellence.

You don’t feel that you’re strong enough to deal with something like this, but when it comes to it there is something in you. 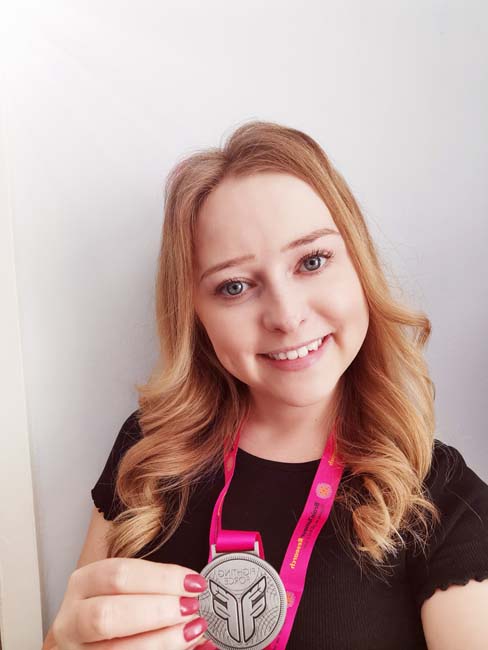