When mum-of-two Kathrine Gaddas, from North Yorkshire, first began suffering from brain tumour symptoms in early 2019, doctors initially thought they may have been caused by anxiety. It wasn’t until she had a seizure in the supermarket where she works in July that year, that she was sent for a scan, which revealed a glioma in her left temporal lobe. The 36-year-old checkout operator has since had surgery to remove the tumour and, thankfully, has recovered well. Having returned to work at the beginning of 2020, the Morrisons employee is turning to fundraising, as she wants to give something back after her ordeal.

In early 2019 I started suffering with mild headaches, which developed into what I now know were focal seizures. The seizures would be brief, lasting between a few seconds and a couple of minutes but I knew something wasn’t right, so my husband John took me to hospital and a doctor told me they were probably related to anxiety. The symptoms were hard to describe and would come and go but I would feel like I was ‘zoning out’. I could hear people around me but I couldn’t respond. I didn’t convulse or fall to the floor but these ‘episodes’ were enough for my kids (Fiona, 18, and Aidan, 17) to wonder what on earth was going on. Then one day in July 2019, I suffered a bigger seizure while I was at work. I’d been sent to a different department to put labels on a shelf. It was a straightforward task but I just couldn’t do it; I couldn’t read the labels or make any sense of them.

“I went to York District Hospital A&E and they sent me for an MRI scan, as they thought I might have suffered a stroke. When I got the results, I was shocked to discover I had a brain tumour in my left temporal lobe.” 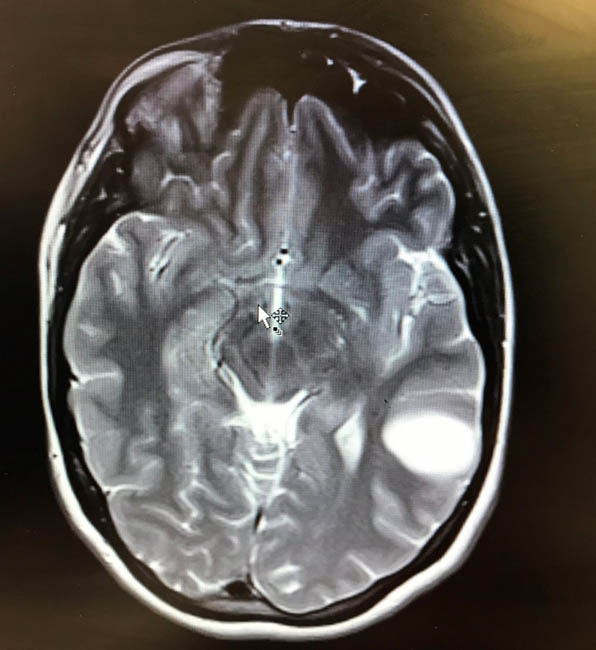 John and the children were utterly shocked as well. It was a lot for them to take in, especially as I have never had any health problems before. I was taken on by the neurosurgery team at Hull Royal Infirmary and my surgery, to remove the tumour, was scheduled for 1 October 2019. Everything seemed to happen really quickly and I didn’t have time to get nervous about my operation. On the day of my surgery, I was taken down to the operating theatre at 8am. John waited anxiously at home. Coincidentally, 1 October was also the day we had booked in to have new windows fitted in the house; at least he had something to try and preoccupy himself with!

My operation was an awake craniotomy. It meant that I needed a lot of preparation prior to the surgery. I spent hours with my neuropsychologist Dr Jaswinder Moorhouse, with whom I practised the basic neurological tests, that she would carry out in the operating theatre. On the day of the operation, I was given a general anaesthetic to be made completely unconscious, whilst my neurosurgeon, Mr Shailendra Achawal, gained access to my brain through the skull. I was then woken up and asked to perform tasks such as speaking and moving my hands and feet. I don’t remember much of it at all, other than waking up briefly and seeing Jaswinder. Unfortunately, the team wasn’t able to keep me awake for long. 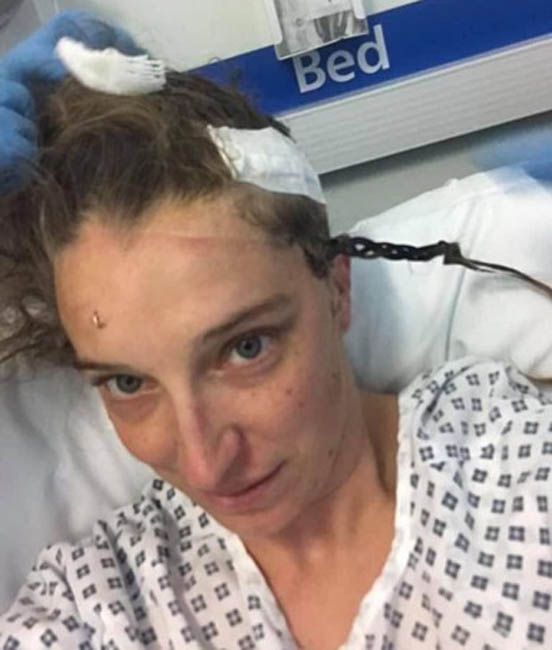 “The next thing I remember is coming around in recovery in a daze. Mr Achawal said, in spite of not being able to keep me awake for long, the procedure had gone well and that he had managed to remove 95% of the tumour.”

I felt such relief. A short while later I was moved onto a recovery ward and John and the kids came to see me. Aidan and Fiona had been really brave after I got my diagnosis and before I went into hospital for my operation. Both of them were mature enough to seek support from the welfare provisions at their school and college. They made the most of their support networks and they were amazing. When Fiona saw me following surgery, however, she was uncharacteristically emotional. I looked and felt really poorly but, luckily, after three nights recovering in hospital, I made good progress and was able to go home on Thursday 4 October. 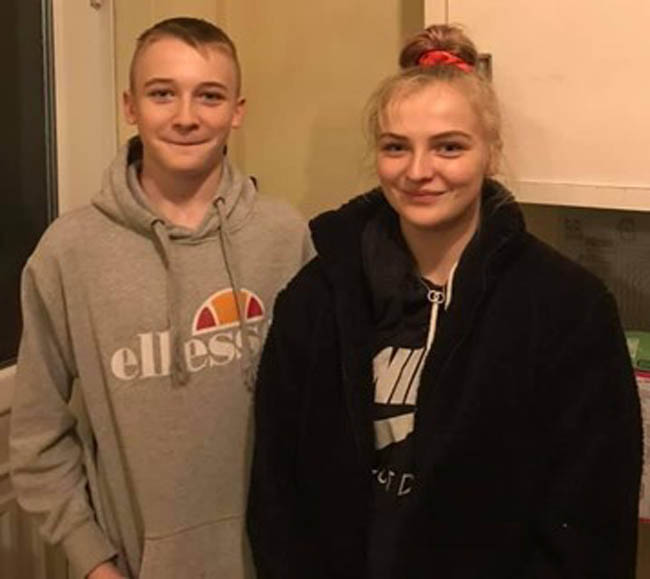 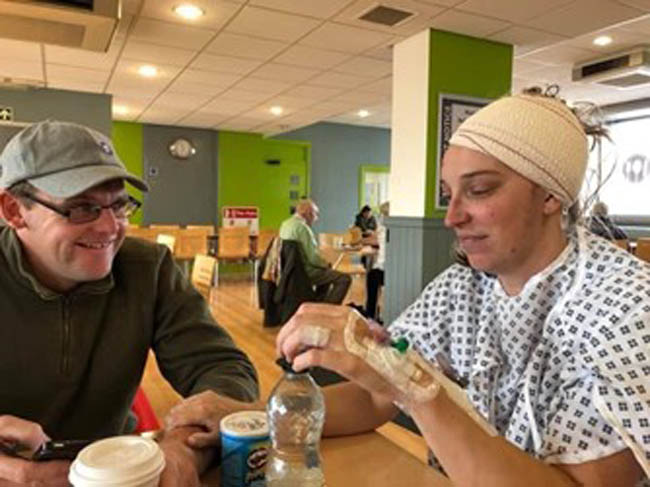 A biopsy was taken during my surgery and the results revealed it was a grade 2 (low-grade) glioma.  Grade 2 gliomas are initially slow-growing but have a tendency to progress to a higher grade over time – usually a number of years. I was just relieved that it was non-aggressive and wouldn’t need any further treatment. I had a post-op MRI scan a few weeks after my surgery, another in January 2020 and my most recent one was in July. All of them have come back as stable, with no cause for concern. I will continue to be monitored every six months, for the time being.

“In January I was also able to go back to work at Morrisons in Wetherby on a phased return. I am now back to doing the same part-time hours I did before my diagnosis.” 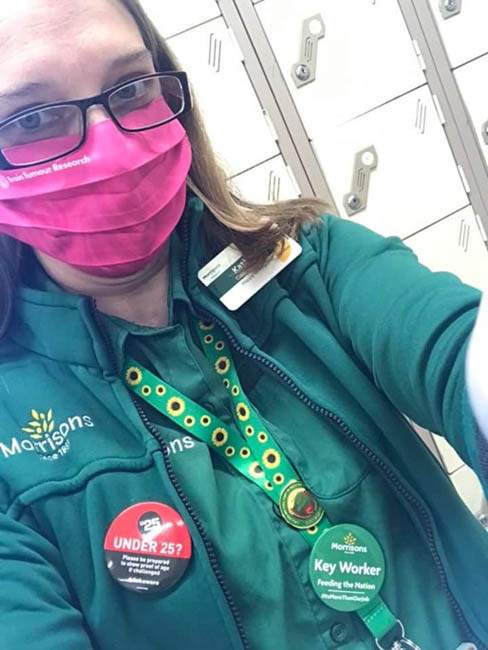 It’s wonderful to be back; lots of my regular customers wondered where I had gone when I was off for several weeks, so I have been telling them my story as they chat to me at the checkout. My colleagues are really pleased to have me back too.

I have been left with some after effects from my surgery. I tend to lose my speech when I’m tired. Sometimes I can hear the words in my head but I struggle to vocalise them. Overall though I am doing really well and my consultant is happy with my progress. My scar has healed nicely too; my hairdresser says it is barely visible now and my hair has grown back. Strangely, my hair is naturally very straight hair but the new hair that has grown back is curly, like baby hair! 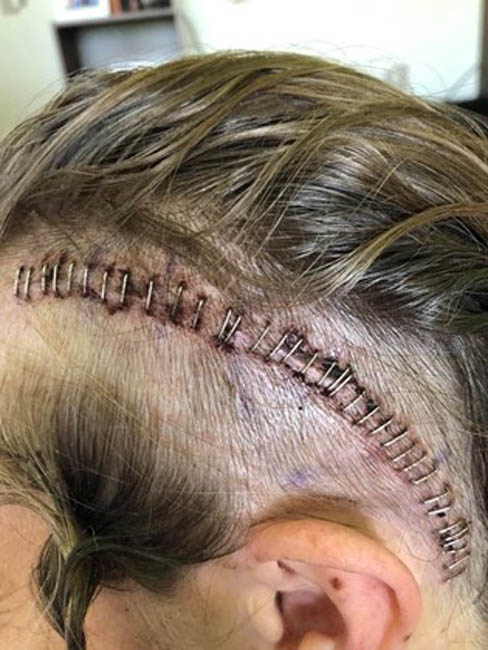 As I reflect on the past 18 months or so, I definitely feel that I have adopted a new attitude to life. I have always been a positive person but I feel more optimistic than ever now. This experience has brought my family and I closer together and we all appreciate life so much more.

“Every day is to live for. Even with the challenges of 2020, I have remained upbeat. Being diagnosed with a brain tumour puts everything into perspective.”

I am one of the lucky ones, as I have come through my diagnosis and treatment with a positive result. I read the stories of other brain tumour patients facing much greater hardships and I feel so fortunate. I really want to help others and give something back. When Fiona turned 18 recently, she marked her birthday by doing a collection for Brain Tumour Research. This Christmas I am also going to be fundraising for the charity, as I want to do my bit to help find a cure for this awful disease. John is usually a bit of a ‘Scrooge’ but this year he has gone all out with the decorations and the front of our house is covered in lights. We have left a collection bucket outside the front door and are hoping people will make a donation as they pass by to appreciate the decorations. 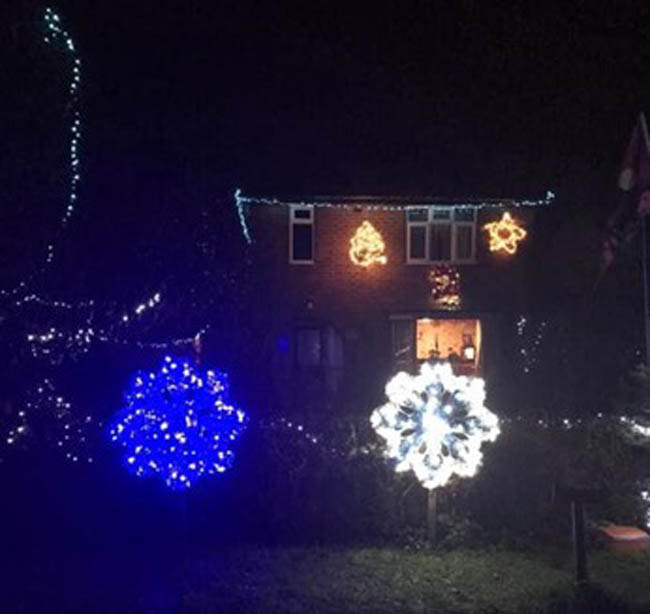 I have also registered to take part in Wear a Christmas Hat Day on Friday 18 December. Being a key worker, I have worked so hard this year under such difficult circumstances, so this will be a chance to have some festive fun and hopefully cheer up my colleagues and all the customers too. I’ll be joining in by wearing a Christmas hat in the store and I will have a collection tin on my checkout. I’m sure it will be another opportunity to talk to people about what I have been through and why it is so important to fund research. As well as raising money it’s about raising awareness. 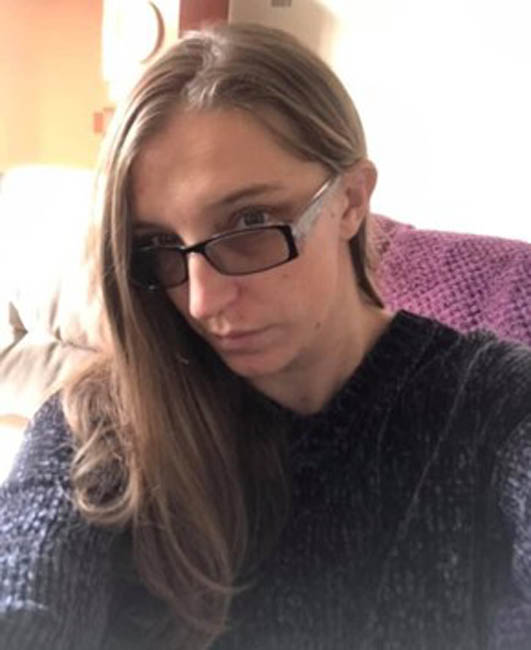