Jo from Ludlow in Shropshire was diagnosed with a glioblastoma (GBM) in September 2019 and given just 12 months to live. After a week of severe headaches, doctors thought she could be suffering from migraines or neuralgia, caused by damaged nerves in the body. After an initial appointment with the GP, Jo was prescribed migraine medication. After six months of debilitating pain in her head and occasional collapses, Jo had a second opinion and was referred for an MRI scan which showed a mass on her brain. After combined radiotherapy and chemotherapy treatment, Jo is now monitored with regular scans and three years after being diagnosed with a terminal tumour, wants to share her story to help others living with the disease.

My husband Mark and I had been married ten years when I received news of my diagnosis, I was 47. We found each other later in life and we both truly feel as if we are soul mates. We thought we would grow old together, but in September 2019 our future was ripped from beneath us.

It was in February half term in 2019 when I started to suffer with severe headaches. I spent the whole week holding my head, rocking slowly in the living room curled in the foetal position. I used to have migraines but this pain was something else.

I went to the doctors and described the pain as 12 out of 10. Mark came with me to the appointment and was pleading for me to be referred for a scan. Instead, I was given migraine medication and told it could be a sign of neuralgia which causes a burning or stabbing pain from damaged nerve endings in the body.

“I went back to work as a teacher at the primary school where I had worked for the last 20 years and my colleagues noticed I was different, I had lost my love of teaching.”

Getting up in the morning became a chore and even walking our cocker spaniel, Fern, I would trail behind when I was usually full of energy alongside her. 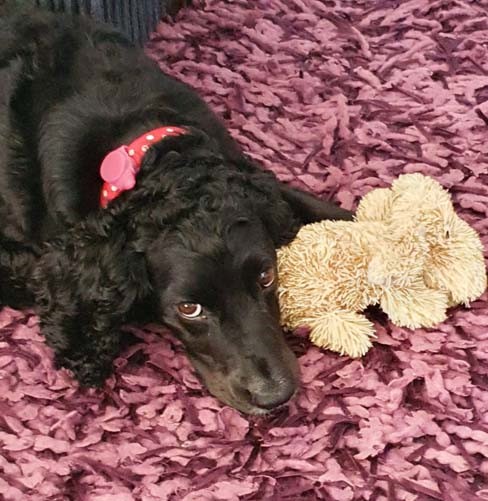 The pain came in waves, sometimes lasting 30 seconds before it passed. I would lean against a wall to steady myself, ride out the pain and go back to teaching.

This went on for six months until I collapsed at work. It was probably more of a slow sinking to the ground and I found myself slumped against the wall. I thought to myself, I must get up before the caretaker finds me and I picked myself up and went home – not saying a thing about what had happened to anyone, especially Mark as I knew he would be worried.

Still suffering from excruciating pain, I sought a second opinion from a different doctor who quizzed me on where the pain was and how often it was there. My answers caused alarm and within days I had an MRI scan at Shrewsbury Hospital.

“They told me there and then they had found something on my scan – it never entered my thoughts that it could be a brain tumour.”

I could hear the doctors talking around me and one voice said: ‘I can’t believe she is doing so well’. Mark started crying when they said it was a brain tumour, I didn’t react, I couldn’t, I was in shock.

Two steps out of the hospital I collapsed, Mark describes the sounds coming from my mouth as whale like with a gurgle. I didn’t get to go home and a few days later was transported to Royal Stoke University Hospital where I had an eight-and-a-half hour operation. 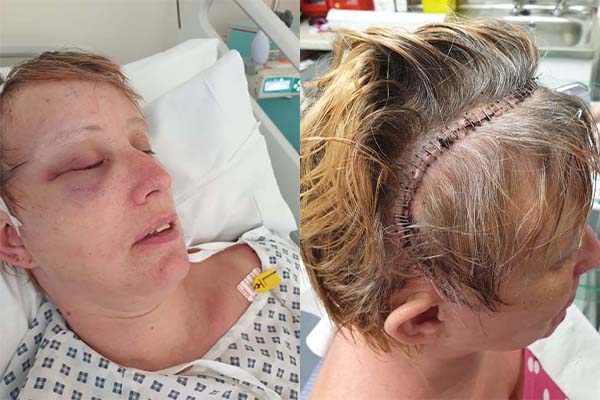 When I returned to the ward I was told if I can walk up the stairs the next day I was allowed home, I was determined to make this happen and was successfully discharged only a few days after brain surgery.

Mark has been and is an incredibly caring and considerate person, I’d be lost without him. Walking to get myself a glass of water from the kitchen became tiring. A fond memory I have during my recovery is Mark bringing out a plate of chicken curry, sprinkled with raw broccoli to ensure I was getting my five a day. Having been married for a decade, it was at that point I found out he can cook. 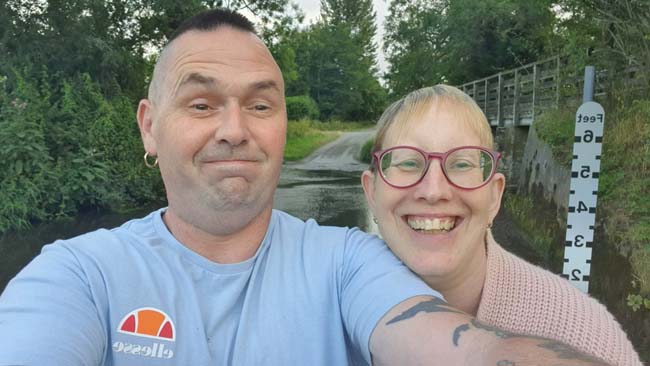 After surgery I went back to Stoke for the results where my tumour was confirmed as a grade 4 glioblastoma (GBM) and I was told the life expectancy of someone with this tumour is devastatingly short – just 12-18 months.

“Mark started sobbing and I was sitting there in a state of shock, I didn’t know what to do with that information.”

The cancer nurse led me and Mark to a room where we sat, the two of us and that’s when I broke down. It was so unfair, Mark and I met when we were 37, we are each other’s soulmates and were going to grow old together – this wasn’t meant to happen.

We no longer watch the hospital shows we once viewed together, it’s too hard. We saw Tom Parker’s journey unfold; he was diagnosed after me, and that was devastating. I found an app called War On Cancer which helped me feel less isolated.

I had six weeks of daily chemotherapy at the same time as having radiotherapy at Royal Shrewsbury Hospital in Shropshire.

Having the mask made was terrifying. Despite the warning that it would feel warm and wet, as it created a mould of my face and head, the temperature took me by surprise, leaving me panicked and the feeling of being unable to breathe. This went on for 30 minutes with a final check which meant the newly created mask was clipped to the bed with my head underneath and I had a CT scan to check the placement, in preparation to receive radiotherapy.

I cried before my first session, the anticipation of what to expect was overwhelming – within a minute it was over. Even with each session of being bleeped and zapped lasting between one to five minutes, I felt exhausted.

Two months into what should have been six months of chemotherapy in tablet form, my treatment was discontinued due to complications that catching COVID could bring. I was given a choice and after seeking advice from my doctor, felt like this was the best decision. My tumour is considered stable and I am continuing to be monitored with regular scans.

I sometimes feel anxious if I am around lots of people, but my family are a great support.

I’m taking part in Brain Tumour Research’s Walk of Hope on September 24 with my family to make memories together. I’m astounded with how little research there is into brain tumours and I want to do my bit to help us get closer to a cure. 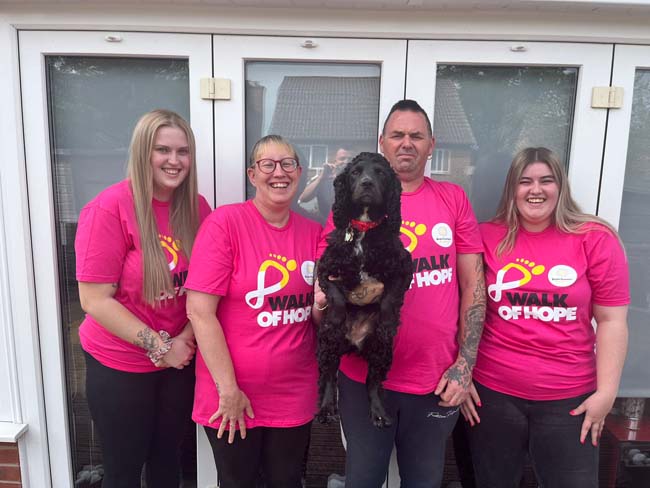 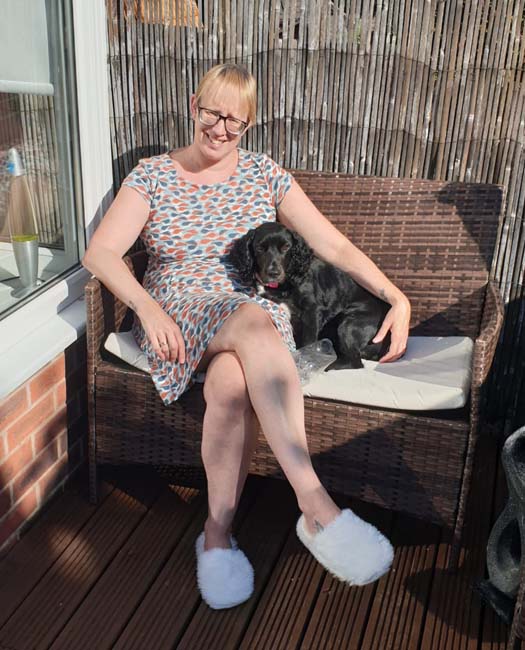