Voiceover artist Jill Kenton had the shock of her life when, after experiencing relatively minor symptoms, she was diagnosed with a low-grade brain tumour. Facing surgery and fearing the worst, Jill faced crippling anxiety and could barely leave the house before deciding to seek another opinion and “take back control”.

Make a donation today and state 'Jill Kenton' as your reason

Donate to make a difference

When I was diagnosed at the end of 2021, I couldn’t even pronounce the name of my tumour - a left sphenoid wing intraosseous meningioma. For this, and other reasons, I called him Terry. A year later and Terry is still here with me, an illegal lodger in my head. I am on the dreaded watch and wait, looking into ways to evict him.

When I was first told the news it was hard to take in. Above all else I thought, why me? Why now? I had only recently moved to my dream home in the countryside, had a beautiful daughter and a wonderful partner. It seemed so unfair. One thing I learnt very quickly is how indiscriminate this dreadful disease is and how it can affect anyone at any age.

“My brain tumour chose to present itself when I was in my early 50s. I’d had a great career with luxury lingerie brand Rigby & Peller which was our family business.

In the late 80s when I was 18, I moved to New York for what was supposed to be a year’s work experience and ended up staying for eight years! I was living the dream, renting an apartment in Greenwich Village as I worked in Saks Fifth Avenue, Bloomingdales and Henri Bendel in Manhattan, selling our ready-to-wear collection, fitting customers and being in charge of all things for the business in the USA.

I came back to the UK to manage the London stores with my family, growing the brand into a household name. My mother June was by royal appointment to Her Majesty our late Queen and personally fitted and looked after her for three decades. She also looked after Princess Diana and it was a moment never to be forgotten when Mum and I had dinner with her at Kensington Palace, just the three of us.

I also looked after members of the royal family and my work took me to 10 Downing Street and numerous film sets, as well as looking after the day-to-day running of the business along with my brother David. It was during those times that I became the new face of the brand, appearing on ITV’s This Morning and BBC Breakfast and on numerous other fashion-based shows featuring the likes of Trinny and Susannah and Gok Wan. We were known for getting the women of the UK into the correct bra and we built our brand during these busy times which I relished.

Change came in 2011 when we decided to sell up. Sadly, my father was not well and we decided to accept an offer from the Belgian bra manufacturer Van de Velde which offered us the right price at the right time.

“From there I ended up going into work as a radio presenter on many stations from Marbella to London. From covering shows on Talk Radio Europe and co-presenting fashion spots on BBC Radio London.”

Now working as a full-time voice over artist, I deliver my voice for radio and television adverts, along with corporate voice work all over the world. I work from home and I am grateful as I have slowed down significantly from my hectic Rigby & Peller days.  It’s all change.

And it was my work, sitting in my home studio with headphones on which was to lead to my brain tumour diagnosis. It was towards the end of 2021 and I began to notice one or two things. My mouth started getting “clicky”, I could hear it clearly through my headphones and my left eye was really dry. I wasn’t overly worried at first. We were in lockdown and I thought these things, and a slight swelling to one side of my left eye, were probably down to some Botox treatment I’d had, that it had somehow moved around under my skin.

So that was it, just a few vague and seemingly unrelated symptoms but they were the first signs of something much more sinister. When I did go to the doctor, by which time I had also noticed my eyesight becoming blurry, I was told I had a suspected saliva gland stone and was referred for an MRI.

It was mid-November 2021 when I received the diagnosis. I had a brain tumour which was six by five centimetres, growing behind my eye crushing the optical nerve as it pushed through my skull. Extraordinarily, I was told this rare form of  brain tumour, a left sphenoid wing intraosseous meningioma, had been there for 10 years. Mercifully it was slow growing but I needed surgery and it was going to be brutal. I would be cut across my head from ear to ear, a piece of my skull would be removed and, once as much of the tumour as possible had been removed, I would have a plate fitted ordered from Italy – really? I would expect to have a designer bag maybe but no, I get a designer skull.

“As part of the reconstruction required, my eye socket would be rebuilt with bone from another part of my head. They would endeavour to save my sight but there was no guarantee.”

Am I in a film? Was this really happening? I’m a strong woman but, faced with this car crash of an operation when I had such seemingly minor symptoms, completed floored me and I fell apart for a good three months.

I had a pre-op assessment in January 2022 but I was very scared. I didn’t feel as if I knew enough about what was happening so I pulled out and said I wanted a second opinion. I count myself very fortunate as I have access to private healthcare so I was able to do this.

This time, I asked my consultant what he would do if I was his wife. He said he would recommend no immediate action but to watch and wait, with MRI scans and visual field tests every four months. So that’s what I chose to do. It felt better, it felt as if I was making the choices this time and that I was taking back control of my health, my treatment and my life.

I wasn’t out of the woods by any means but I started to feel better about things. With the help of some anti-anxiety medication and a supportive doctor, I pulled myself off the floor and got back to work and life.

Thankfully, I can look forward to things again – not least my wedding to Paul, my rock, in September next year (2023). This Christmas is looking a lot more positive and I am sharing my story with Brain Tumour Research in the hope of helping other patients and their families. 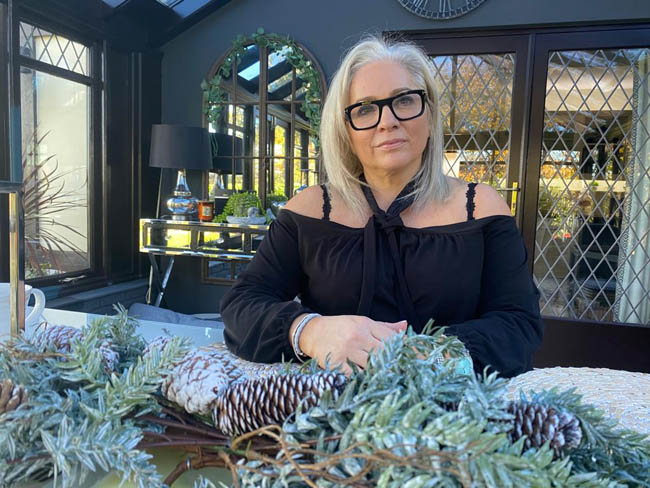 Last Christmas was a dreadful time for me. I was facing horrendous surgery and was terrified I wouldn’t come out alive or, if I did survive, I wouldn’t be myself anymore. With this in mind, as I packed away the decorations, I included notes to my daughter Rachel and to Paul telling them that I loved them. Fortunately, I am still here and I feel extremely grateful and fortunate that I was able to seek more advice as I am aware not everyone is able to do that. 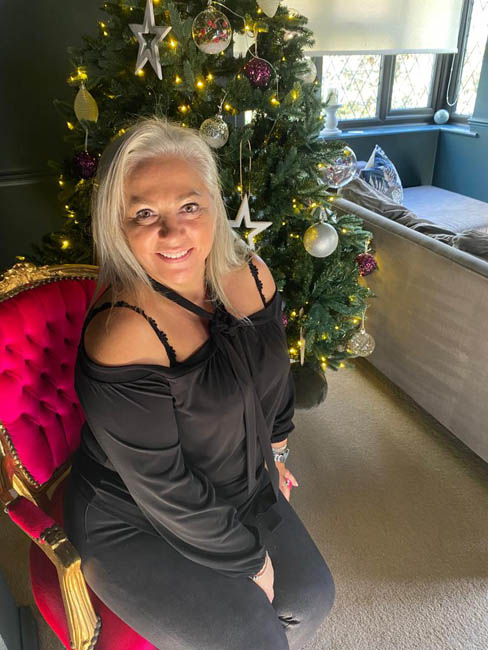 The fact of the matter is that there is too little known about this devastating disease and that’s why I am working with the charity Brain Tumour Research in order to share my story in the hope it will be helpful to other people. It is so important that we highlight the issues around brain tumours. The simple fact is, if there isn’t significant investment in research to improve treatment options and help find a cure, the outlook for me and so many others could remain bleak. 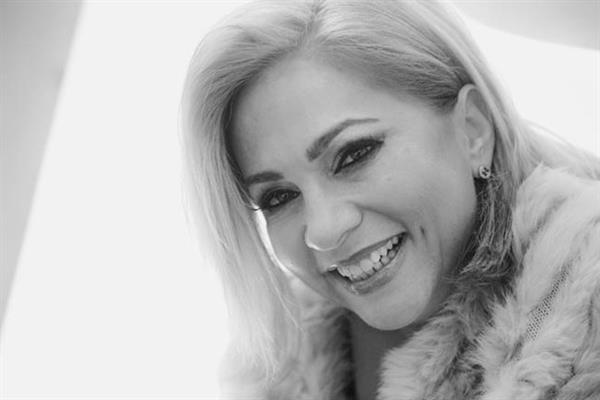