We are grateful to Jenny who worked with us in October 2021 to share her story here. Sadly, she passed away in May 2022. We remember Jenny as we continue our work to raise awareness of this devastating disease and to fund research to help find a cure. She will be forever in our hearts.

As a personal trainer with her own specialist fitness centre, Jenny Weller, of Burgess Hill in West Sussex, was the picture of health. When she developed a cough in November 2019, she put it down to stress and, later, COVID-19. It was not until the following year that she also began to suffer with headaches, nausea and sickness. By August 2020, after developing a swelling in her neck and having a seizure at home, she found out she had five brain tumours, in addition to tumours in her lung, neck and pelvis, and in September she underwent a craniotomy to remove the largest one. Her cancer is incurable but she is driven to live the best life she can and last month launched #Wellerfest, a group committed to a year-long campaign to raise funds and awareness for Brain Tumour Research.

My cancer journey began with a cough in November 2019. It was a lingering, dry, non-producing cough which only really bothered me when I laid down to sleep or really exerted myself in my training. As a personal trainer, I was pretty fit, strong for my size, ridiculously competitive and driven to win. A cough was not going to stop me. 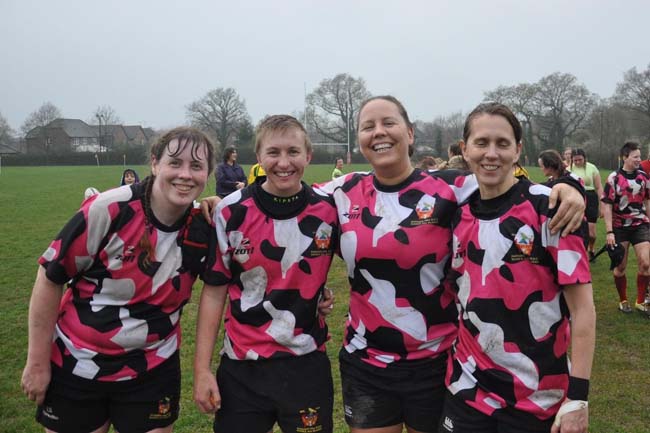 “When the COVID-19 pandemic broke, we just assumed I’d had COVID.”

A lingering cough was one of the symptoms and little was known about it at the time. Like many others, my husband, Steve, and I had endured a very stressful few months. We lost his mum at the end of 2019, and early 2020 saw my personal training business and facility close due to enforced lockdowns. These factors were not helping my recovery. 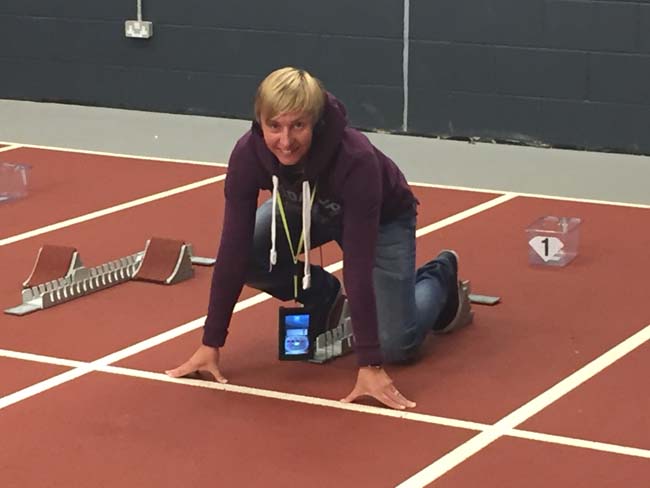 “As time went on, so did the cough, and added to that I also began to experience some additional symptoms, which I didn’t recognize were connected at the time.”

I was getting lots of debilitating headaches, nausea and sickness. It was affecting my ability to work and some days I struggled to leave the house. For a long while, with the NHS under so much pressure already, Google (or ‘Dr Google’, as I like to call it) attributed my symptoms to vertigo. This was until I developed a swelling in my neck in July 2020. At that point I knew something really wasn’t right and I made an appointment with my GP. I had a short telephone appointment and he called me in. He was lovely, and referred me to the ENT specialists. There was a two-week wait for the appointment. 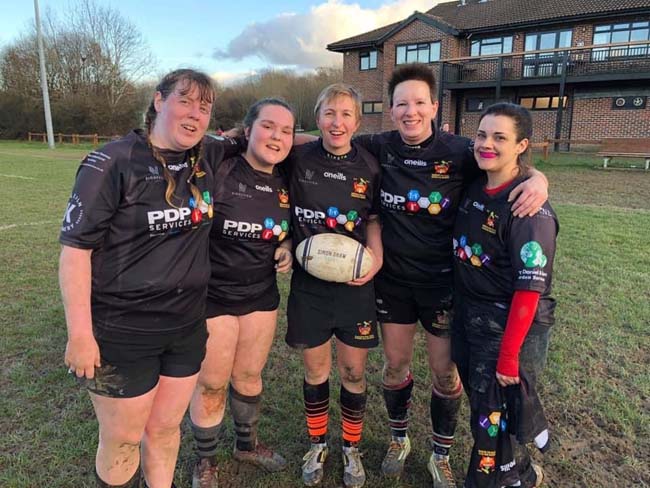 “Before the day of the appointment arrived, my condition worsened and on 31 August 2020 I suffered a seizure at home.” 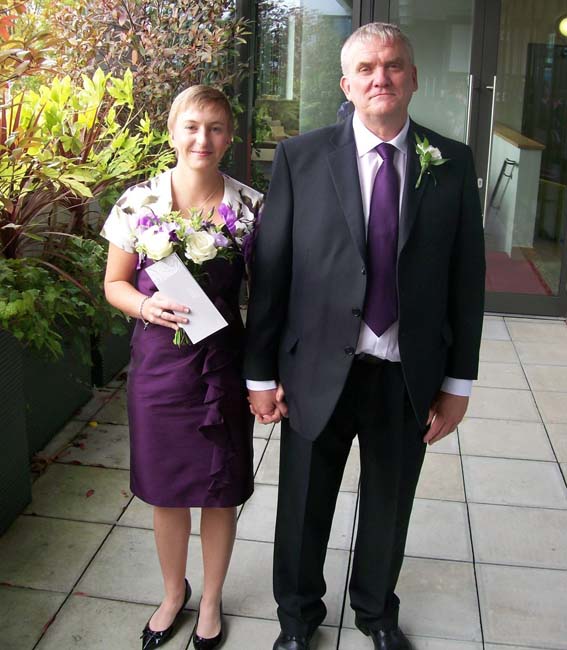 Steve returned from work to find me on the kitchen floor, having also passed out on the stairs during a wave of sickness and fallen down the stairs. We rang 111 when I came to, and they advised me to go to A&E at our local hospital. In the depths of the pandemic, Steve wasn’t allowed in and sat waiting for many hours on the grass bank outside the hospital entrance. I had a number of tests and scans and late that evening a doctor went to fetch Steve and bring him in. They’d found something on my scan. Little did we know then that life was changed forever. I was transferred to the Royal Sussex County Hospital, in Brighton, where they have a fantastic neurology department. Again, Steve wasn’t allowed in.

“The scariest time of our lives and we had to face it alone, albeit a few metres apart as he waited outside for information.” 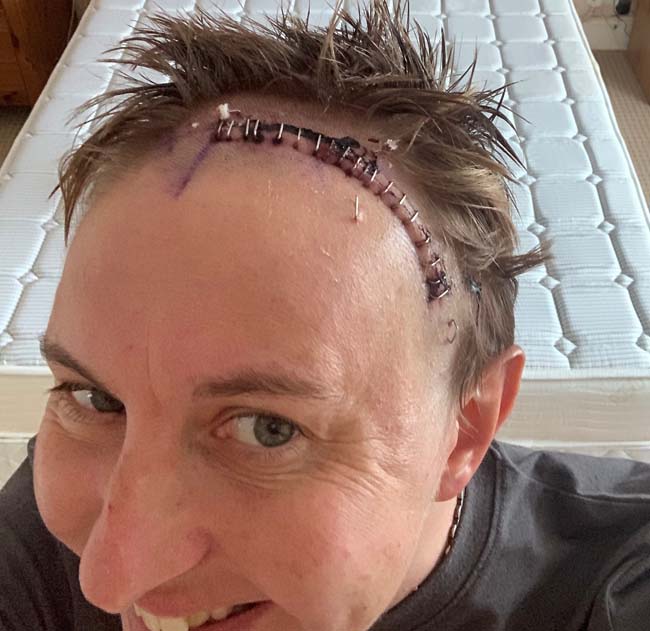 Over the coming days, we learned that there were five tumours in my brain, a primary tumour in my lung, one in my neck and another in my pelvis. I was 35 years old at the time. The good news was that the largest of the brain tumours was operable, the rest were treatable with Cyberknife radiotherapy, and the cancer itself was classified as anaplastic lymphoma kinase (ALK) positive non-small cell lung cancer. ALK positive is caused by a genetic mutation, which is why I don’t fit the typical lung cancer profile. I was young, fit and otherwise healthy. 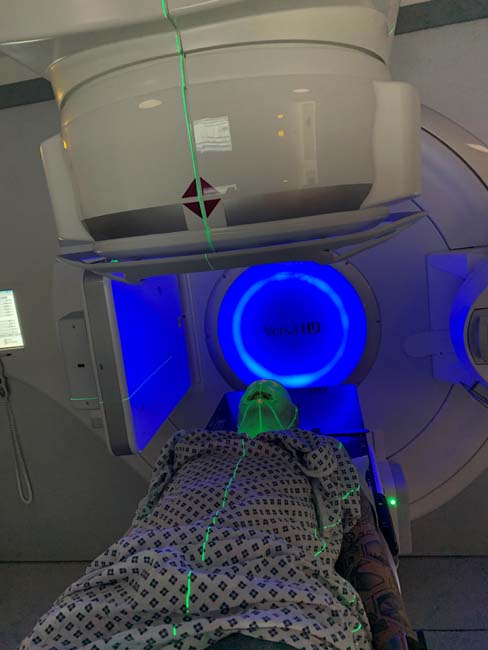 In September 2020 I had a craniotomy to remove the largest of the brain tumours, and the following month I had three sessions of stereotactic radiotherapy to my brain. My condition improved almost immediately following my brain treatments and I began a targeted drug therapy for the rest of the tumours in October 2020.

“My cancer is incurable, but treatable to an extent.” 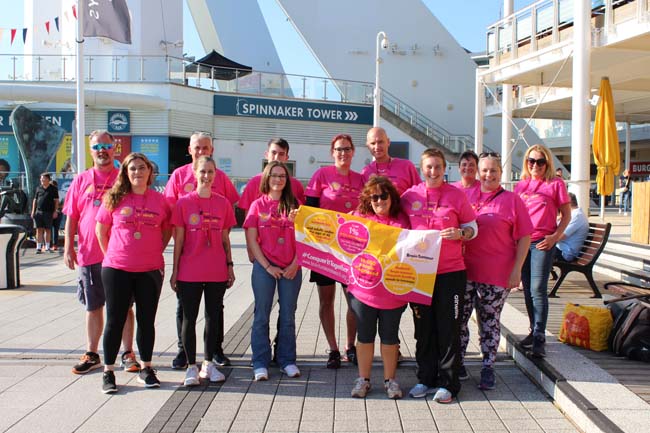 “To mark my one year ‘cancerversary’ since diagnosis, we have started #WellerFest – a year of fundraising and awareness-building.” 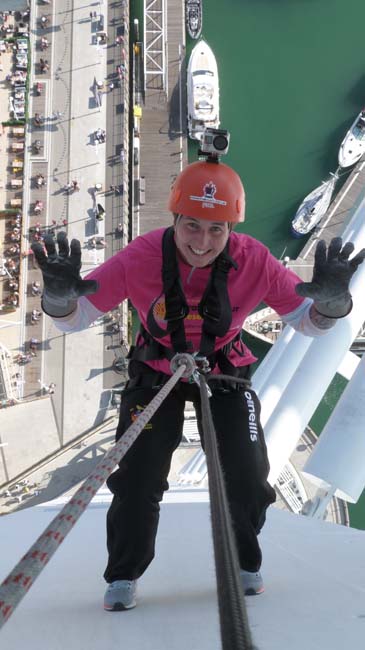 We kicked off in September 2021 as I was part of a group of 14 who abseiled down the Spinnaker Tower in Portsmouth, as we raise much-needed funds and awareness for brain tumours and lung cancer in never smokers. I chose Brain Tumour Research because the presence of my brain tumours at diagnosis complicates my situation and shortens my prognosis, and we need people to know that anyone with lungs can get lung cancer. We have 10 events planned for the year to support both Brain Tumour Research and ALK Positive UK. We’ve just completed a week’s training camp in Dorset in advance of some of my crew completing John O’Groats to Land’s End next year and I managed to ride 72 miles on my electric bike, which is far more than I expected. 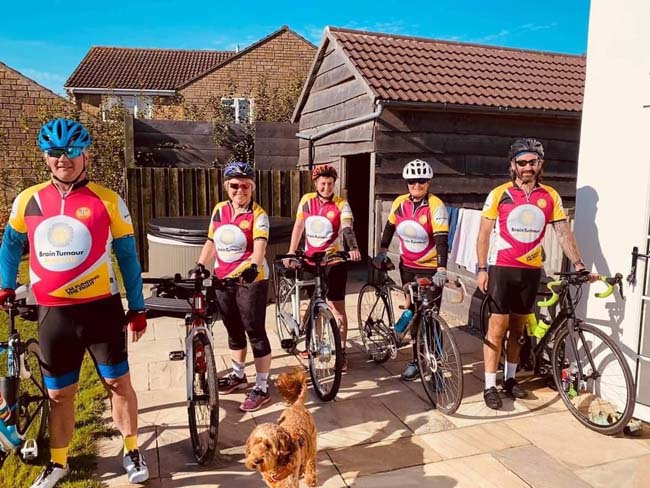 “I’ve definitely had to adjust the way I live my life.”

My capacity for work and exercise is greatly reduced by the tumours in my lungs and the progression I’ve had around my airways, as well as the side effects of the targeted therapy which include weight gain, high levels of fatigue and muscle and joint pain, but I’m driven to live the best life I can in the situation I am in. I appreciate all that I have, and all the people I have around me. 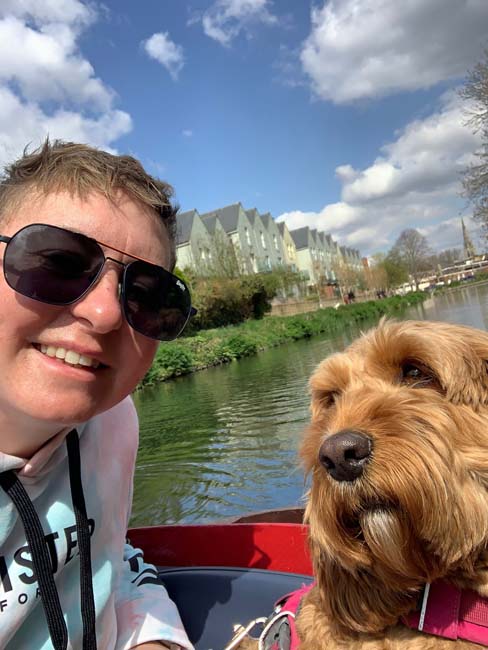 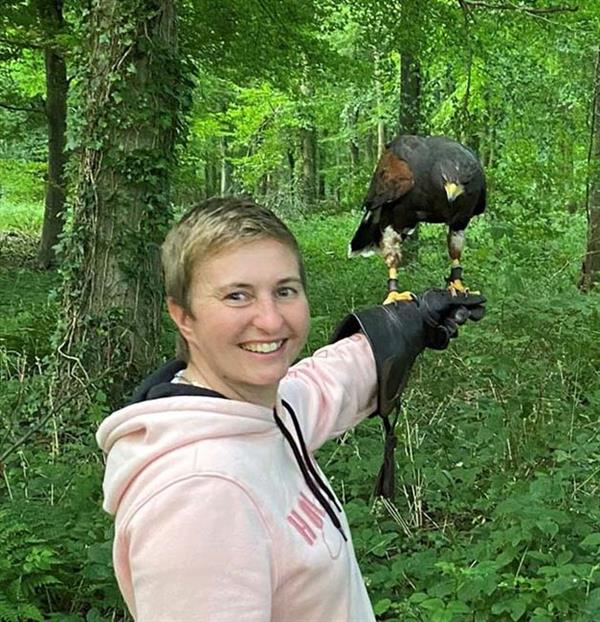