In August 2020, 58-year-old Jacquie Amor, from Kings Lynn in Norfolk, was diagnosed with three, inoperable secondary (metastatic) brain tumours. After a short period in hospital, Jacquie was too ill to return home and moved into a care home near her family in Leeds. Jacquie’s diagnosis came as a complete shock and has affected her both physically and mentally. She has been told she only has a few short months left to live.

I first became worried about Mum at the end of July 2020. We speak regularly on the phone but I hadn’t heard from her for a few days, so I contacted her neighbour to check up on her. The neighbour said that Mum had had a fall.

“She had been experiencing confusion and memory loss since the fall, so I got in touch with her doctor, to get her an appointment. The doctor said that it might be concussion.”

Then, on 30 July, I was away on a short break with my family when I got a call from my mum saying she needed help. She was really distressed; she didn’t know where she was or what she was doing. I called an ambulance for her and they took her to Queen Elizabeth Hospital in Kings Lynn. We all assumed that her symptoms were related to the fall she’d had but when doctors did a CT scan the next day, they found a lesion on her brain. She had further tests and on 10 August we spoke to a consultant, who said that they had found multiple lesions and she was referred to Addenbrookes Hospital in Cambridge. Further investigation at Addenbrookes revealed that the growths were high-grade secondary brain tumours. We spoke to specialists, who gave us the devastating news that Mum’s tumours were inoperable, due to their location on the brain. One was in her frontal lobe, one in temporal lobe at one at the back of her brain. They said there was nothing they could do.

“Her tumours were secondary, meaning they had developed from a type of cancer that began in another part of her body and then spread to the brain. It was unknown where primary tumour was but in any case, chemotherapy wasn’t an option.”

Mum hated being in hospital and tried to escape several times. She’s had mental health problems for as long as I can remember but in recent years, she has managed to get it under control. Her mental health took a massive turn for the worse while she was in hospital – on one occasion she even tried to kill herself. We were desperate for her to be discharged but it was clear that she wouldn’t be able to go home. Instead, after putting up quite a fight, I managed to get her a place in a residential home near us in Leeds. I am an only child and my family and I are Mum’s only relatives. I knew the best place for her was in Leeds.

On 10 September, Mum was moved to a wonderful care home just 20 minutes away from us. It was a tough journey in the ambulance with her from Norfolk to Yorkshire. She kept having seizures and tried to get out several times. She was confused and terrified. It was really tough to witness. At first, when she arrived at the home, her mental health continued to deteriorate, as she couldn’t accept what was happening. Before her diagnosis, she was a really independent person. Mum didn’t work but she was very sociable, always seeing friends and going into town shopping – she loved charity shops!

“She’d gone from having this busy, full life to being told she had incurable cancer and had to move into a home, where she would eventually die. It was completely devastating.”

My own mental health also suffered at this time. I wasn’t eating properly and lost a lot of weight. I had to give up my part-time cleaning job, as I was under so much stress and something had to give. I underwent a course of cognitive behavioural therapy (CBT), which helped a lot and I am in a much better place now. 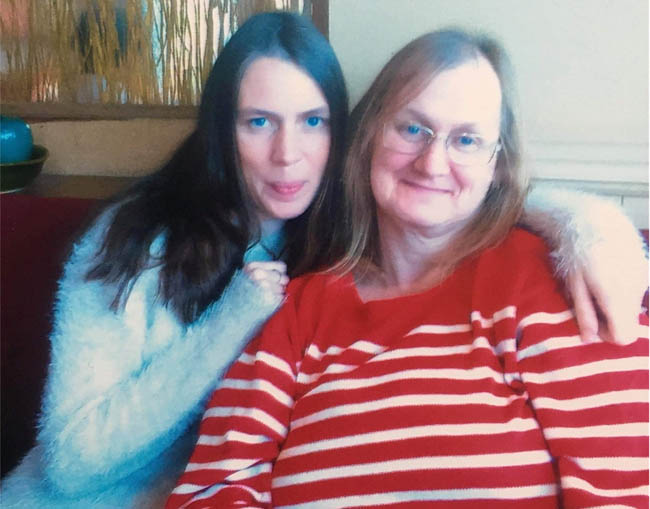 Thankfully, by December, things started to improve for Mum too. She has made a lovely friend and the staff are doing a fantastic job of looking after her. Her mental health has improved so much. It’s such a relief that she finally seems to have settled in and accepted what is happening. She is on steroids to help control her symptoms and has a morphine patch to manage her head pain. She is still walking, talking, eating, drinking and laughing. It’s so good to see. 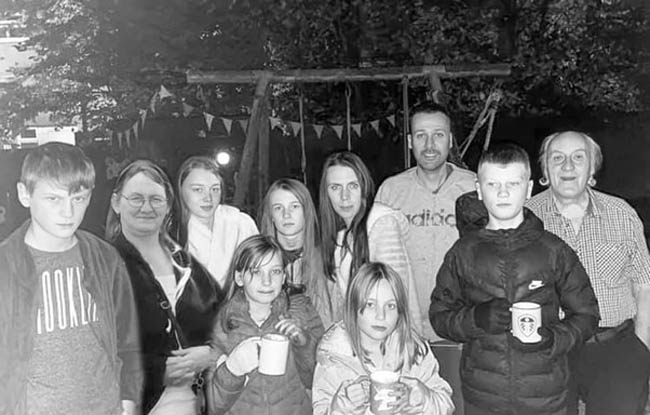 We are trying to make the most of every day mum is still with us. I have six children, who all adore their grandma and would love to see as much of her as possible but, sadly, COVID-19 has made things very difficult. Since Mum moved to the home in September, we have only been able to visit her three times, due to the restrictions. We haven’t even been able to do window visits. It’s really heart-breaking.

“We were lucky enough to be able to visit her for 30 minutes on Christmas Eve. She looked incredible and it was amazing to see her so happy.” 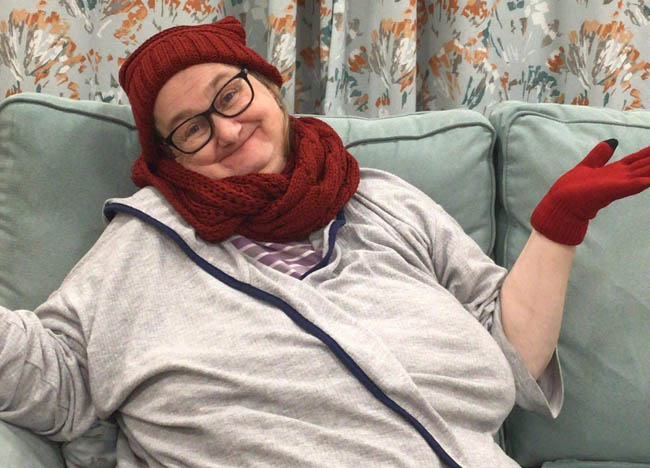 We have suggested FaceTime calls to Mum, as a way of staying in touch more regularly but she isn’t keen to do that. She can’t hear very well now and she stutters. When the staff ask her if she’d like to do a video call, she panics and becomes very angry and upset.  Thankfully, she has had her first dose of the coronavirus vaccine and will have her second dose soon, so there is light at the end of the tunnel in terms of being able to see her more often. 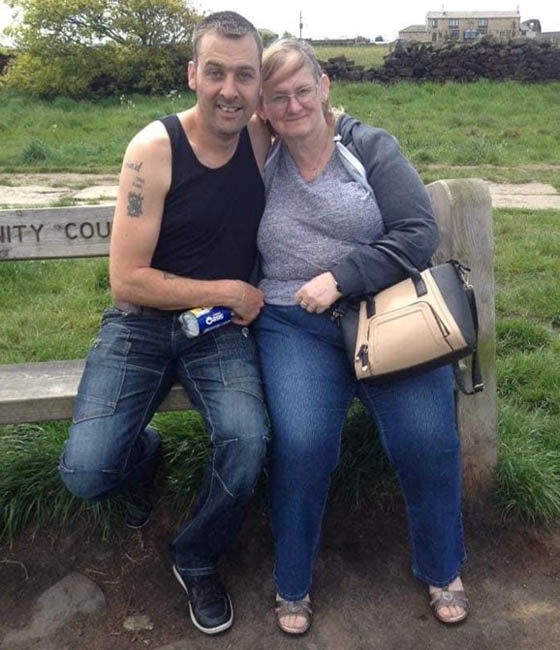 My partner Stu and I were due to get married in August but we had to postpone the ceremony to August 2021. I’ve been told that Mum is very unlikely to make it, so I am planning to have a small celebrant service before then, which Mum will be able to attend, as long as the restrictions are lifted in time. I’m desperate to have some photos with her in my wedding dress and to have her part of the special occasion. 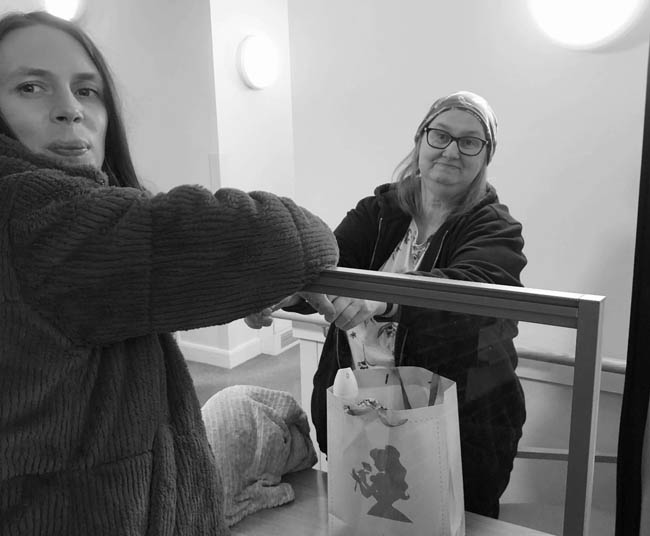 Inspired by Mum, I’ve set up a page to raise awareness of brain tumours and to share updates. The page is called ‘ J’s Campaign’. I have also created a fundraising page for the Brain Tumour Research 10,000 Steps a Day in February Challenge. It’s the first charity event I’ve done but the cause means so much to me and I am so motivated to do my bit. I love walking and getting out in the fresh air with my family anyway, we’ve been doing a lot of it during lockdown. We’ll be walking with our dog, a Jack Russell/ Bichon Frise cross. I know Mum said she wishes she could also do something to help others with this horrible disease, so I’m doing it for her.

Before Mum’s diagnosis, I knew very little about brain tumours. I was shocked to discover that brain tumours kill more children and adults under the age of 40, yet historically just 1% of the national spend on cancer research has been allocated to this devastating disease. We’ve been lucky in that we’ve never experienced an untimely death in the family before but now I am having to prepare myself for the fact that I am going to lose my mum in the near future. Her strength is incredible and gives me the motivation to carry on. Although I will miss her terribly, I sometimes hope that she dies peacefully sooner rather than later, as I can’t bear the idea that she is suffering. She’s had a hard life. I just want her to be at peace.

If you have been inspired by Jacquie’s story, you may like to make a donation via or leave a gift in your will via www.braintumourresearch.org/legacy 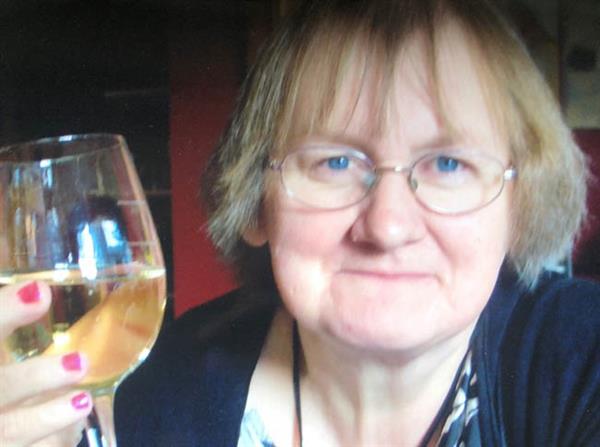