Two months after the global pandemic forced the UK into lockdown in March 2020,  grandmother-of-seven Heather Quinlan, from Bude in Cornwall, was taken to Derriford Hospital for emergency brain surgery. At the time, the then 56-year-old’s symptoms were masked by other health conditions, including an underactive thyroid and left hip replacement, alongside her career and busy life caring for three of her grandchildren. After a period of ‘acting odd,’ a fall led doctors to discover a 23cm-long mass on her brain.

I used to live in Borehamwood in Hertfordshire and was working as a CEO of Community Action Hertsmere (now Communities 1st). I worked on community development projects, focusing on improving health and wellbeing. It was my dream job. In 2015 I made the move to Bude in Cornwall and was looking after three of my grandchildren who were six, nine and 11 at the time. I kept my job and was able to work remotely and managed to do that for 18 months before becoming too exhausted and stressed. I handed in my notice and found two part-time roles nearby. Looking back now, I think my feelings of stress and exhaustion was a symptom caused by my brain tumour.

In March 2020, about a week before the UK went into a national lockdown, I attended a relative’s funeral with my brother, Liam. Throughout the day I was holding onto him, as I was struggling to walk and keep my balance. I couldn’t answer questions or have a conversation, it was like I was very drunk. At the time I was living in a five-bedroom house and would sometimes have to call him to help me down the stairs because I didn’t know how to move and I was still driving my car, which is a scary thought now.

Liam and I are really close and he became increasingly concerned with my behaviour and encouraged me to book a doctor’s appointment. I wouldn’t usually let another adult come into an appointment with me but I knew something wasn’t right and family members at the funeral thought I had had a stroke.

The doctors asked me to extend my arm, point my finger and touch my nose, which I did. They then asked me to smile to check for any signs of my face dropping on one side; I smiled and there was no evidence of a stroke. The doctor just said he would adjust my thyroid medication.

Three years earlier, my optician had sent me for a scan, as she thought she could see something behind my eyes but the scan hadn’t found anything.

I was also going through the menopause and had an underactive thyroid, to which I attributed a lot of what was happening to me and I’m sure these issues masked the tumour that was growing on my brain.

“My extreme tiredness and forgetfulness continued. I didn’t realise that I had lost a lot of weight until I was walking around a supermarket in a long winter coat and my jeans fell to the floor. I was confused and hadn’t registered any change to my size until then.”

On 16 May, I was out walking my two Jack Russell cross Chihuahua dogs when I felt myself getting dizzy and I remember seeing the pavement coming closer towards me and I fell to the ground, face first.

From that moment, everything changed.

My brother came to pick me up and took me to the Stratton Community Hospital Minor Injuries Unit (MIU) in Bude, where I was referred immediately to Barnstaple North Devon District Hospital. A scan showed I had a mass on my brain and I was blue lighted to Derriford Hospital in South Devon for emergency surgery. 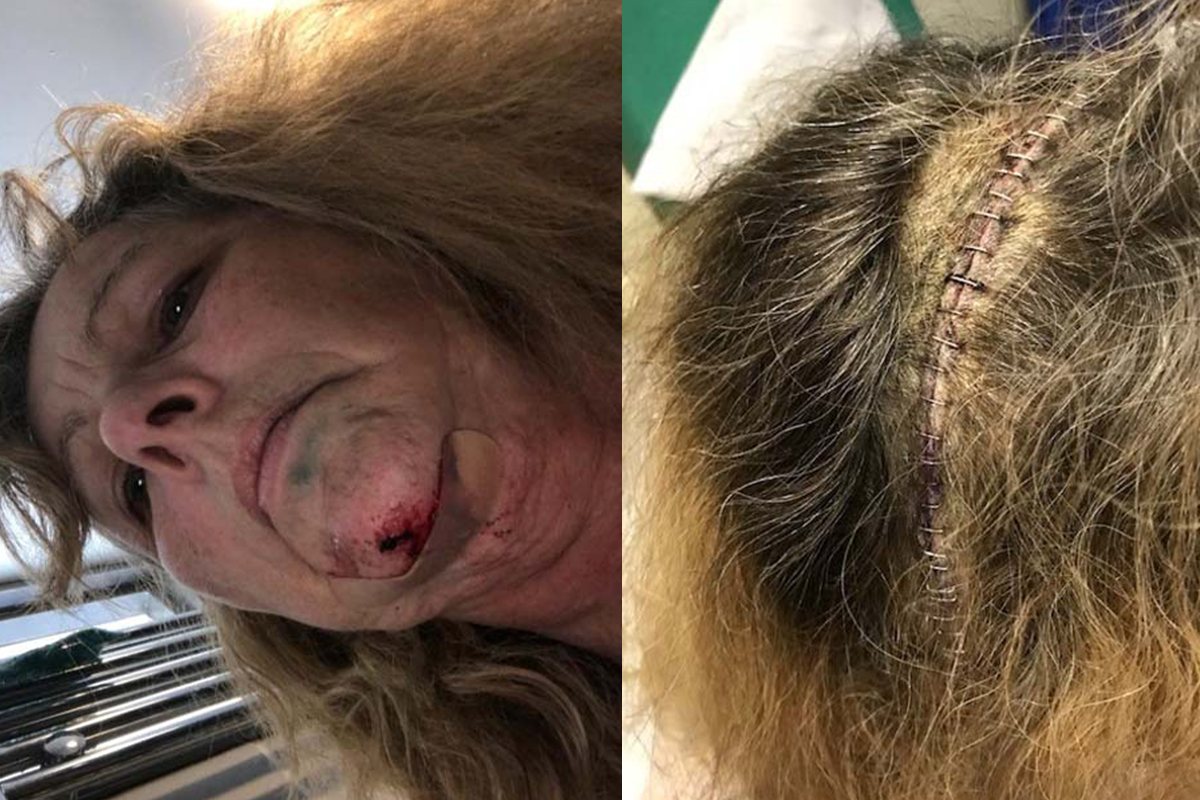 My scar runs from ear to ear behind my head. I was diagnosed with a low-grade meningioma and although they removed it all, I was told it could grow back, so they would do regular scans to keep a check on me.

After the operation, I didn’t remember much. I didn’t even know that I had just come out of surgery. I only had a vague memory of the ambulance journey to Derriford. I thought I was there because I’d had a fall and that my two black eyes were from falling but they were actually caused by the surgery. Nothing would sink in, I couldn’t tell if it was 6am or 6pm and medication was causing me to hallucinate.

It took me about a week to realise what had happened.

During this whole ordeal I wasn’t allowed any visitors due to lockdown restrictions and it was such a lonely time. One of the nurses asked what would make me feel better. When I replied and said: ‘a hug’, she gave me a great big cuddle.

Before I could leave Derriford, I spent 10 days back at Stratton Community Hospital for rehabilitation, where I received physio and occupational therapy to make sure I could get around on my own and do things for myself like make a coffee. I moved in with Liam, who lives in the same village as me and stayed there until May 2021. I now live on my own in a smaller house, which is much more manageable.

Whilst I was signed off work, I decided to do different training courses online to help me stay busy and keep my mind working. I was no longer allowed to drive and living in a rural area, I started to look at remote working options. The Department for Work and Pensions (DWP) supported me with this and I found a training opportunity called ‘How to Train your Business Brain’, which after everything I had been through, totally intrigued me and I signed up for it. I wanted to test myself and build up my confidence for re-entering work.

I’m pleased to say that in August 2021 I started full-time work and I am now employed remotely as a client relationship manager for SmartMatching, an organisation that coaches job seekers so they are equipped to find roles that suit their lifestyle and work preferences.

I also use daily beach walks as a way of reflecting on what I have been through and it has helped me feel less lonely. My dogs, Dotty and Billy, get lots of attention whilst we’re out. I started to take pictures of the beautiful scenery around me and write stories and captions about them to send to my family, who love receiving them and it’s the reason why I signed up to fundraise in the 10,000 Steps a Day in February Challenge for Brain Tumour Research.

My cognition has been affected; I feel the need to talk and make sure I’ve said everything I want to. I find it frustrating if someone picks me up on something I have said or written. The doctor said my tumour was likely to have been there for many years, which is scary thought. That’s why I want to share my story, to raise awareness of the need for better treatments and a greater understanding of the symptoms, which can lead to earlier brain tumour diagnoses. 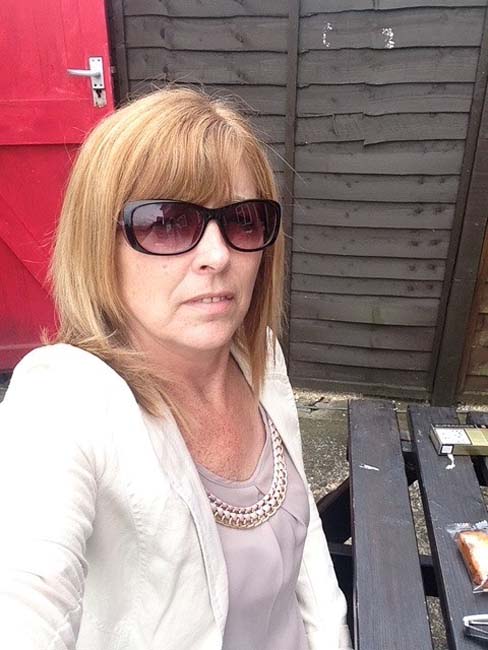