When happy and healthy 11-year-old Grace Kelly went to the opticians for a regular check-up, she was not expecting to be referred to hospital. The optometrist spotted swelling behind her eyes, which led to Grace being sent for an MRI scan. Devastatingly, a small mass discovered on her brain was a glioblastoma multiforme (GBM) brain tumour. Frustrated by the lack of treatment options in the UK, her family is now trying to crowdfund £200,000 to go to Germany for pioneering private treatment.

Grace is a really happy and active girl who loves gaming with her dad. She has always been healthy and has done well at school.

In August 2021, Grace went for a regular eye check-up. The optician said she had swelling behind her eyes and referred her to the Leicester Royal Infirmary (LRI).

On 26 August, we took Grace to the eye clinic at the hospital and she was put through a variety of motor skills tests. The next day, she had an MRI scan of her brain. The doctor showed my husband, John, and I the scan images, which showed a small mass, about the size of a 50 pence piece. He told us that Grace had a glioblastoma multiforme (GBM) brain tumour.

“We were really shocked and in a state of disbelief. I couldn’t understand how this could be happening to our daughter and I felt very scared.”

Grace was referred to the Queen’s Medical Centre (QMC) in Nottingham. The following day, she had blood tests and was put under observation. The following Friday, 3 September, Grace underwent an eight-hour operation to remove the tumour. 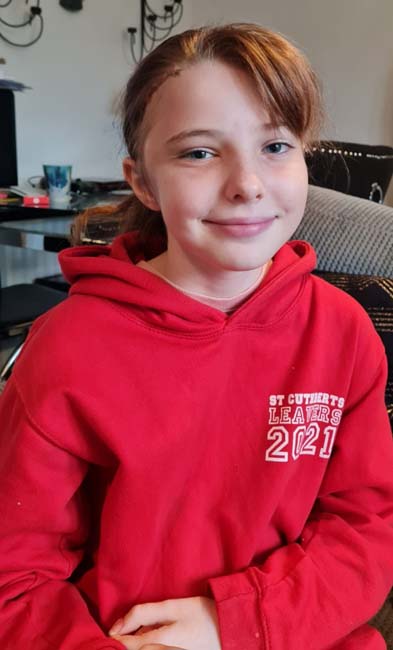 The surgeon wasn’t able to remove all of it because of the risk of Grace having a stroke, but he did manage to remove about 80% of it.

I felt relieved and thought that Grace would just need to recover and that would be it. But I now realise that I was naïve.

Grace was very tired, but she recovered well from the surgery. She spent four days in hospital. When she came home, Grace was very withdrawn and nervous, and she couldn’t walk far because she was so tired.

A few weeks later, the left-side of her face became weak, and she couldn’t move her right eyebrow. The hospital say they will monitor it. 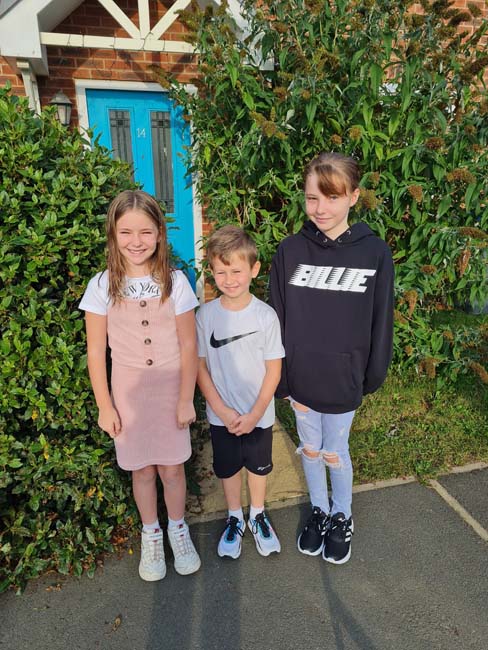 “Grace’s brother, Nathan, seven, and Marissa, eight, don’t fully understand what is happening to their big sister, but they’re fascinated that she has been losing her hair. Grace is really good about it and tries to explain why it’s happening.”

Grace is now half-way through six weeks of radiotherapy and chemotherapy. Just before her treatment began, she had an MRI scan which revealed the tumour had grown back. I was devastated. Not only had it grown back, but another smaller tumour had also developed.

John and I have been going through loads of literature on brain tumours and we have joined various groups online. It’s so distressing knowing there’s no cure for what Grace has, but we don’t want to give up. We see stories of people with GBMs who are doing well.

“It seems that, in the UK, the doctors’ hands are tied by their own guidelines. I’ve contacted private clinics about re-purposed drugs for Grace, but as soon as they find out it’s for a child they don’t want to know. It’s very frustrating. It feels like the people on the Facebook groups are more helpful than the medical professionals.” 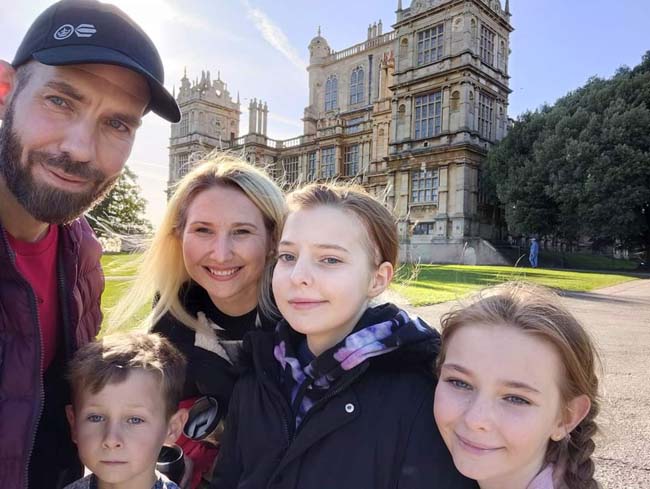 We became aware of immunotherapy, a pioneering treatment which can stop tumours from spreading. A lot of people on our online groups have done it and it seems to have been successful. It’s a lot more advanced than anything that is offered on the NHS. I find it shocking and frustrating that it’s not available in the UK. There is something that can help but we can’t access it.

“The staff at the hospital are great and we appreciate all they’re doing, but this treatment on its own is not enough to beat this aggressive cancer. We are shocked that this standard of care has been the same for the last 20 years.” 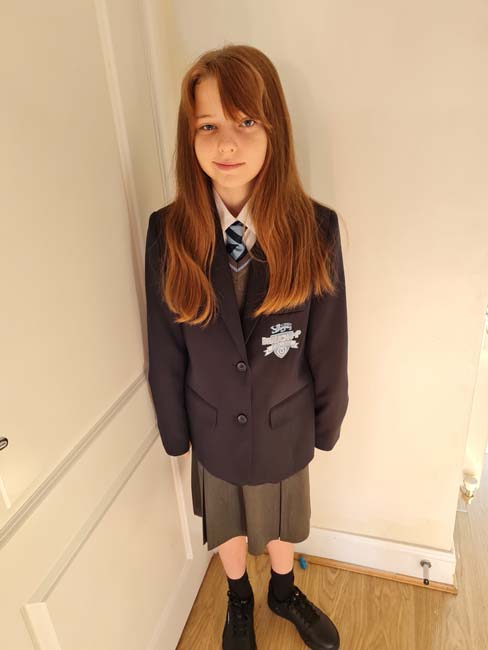 We found a cancer treatment centre, called IOZK, in Cologne in Germany which offers immunotherapy. We went there for an appointment on 20 December. Because this treatment isn’t offered on the NHS, we need to fund it ourselves. In total, the cost will be around £200,000, which includes the diagnostics, treatments, and personalised vaccines.

We have also signed Grace up for a trial at the University Hospital of Wurzburg in Germany and we’re currently waiting to see if she is eligible.

We’ve set up a JustGiving page in order to pay for this life-saving treatment for our daughter. We have never asked anyone for anything, and it feels strange to be doing this, but we need to do it to save our child. Until we raise the £200,000, we can’t start Grace’s treatment.

I’m also taking part in the Jog 26.2 miles in May challenge to raise money for Brain Tumour Research. I’m doing it for Grace and for all of those affected by brain tumours. There is such a lack of funding, and we desperately need more treatments available. 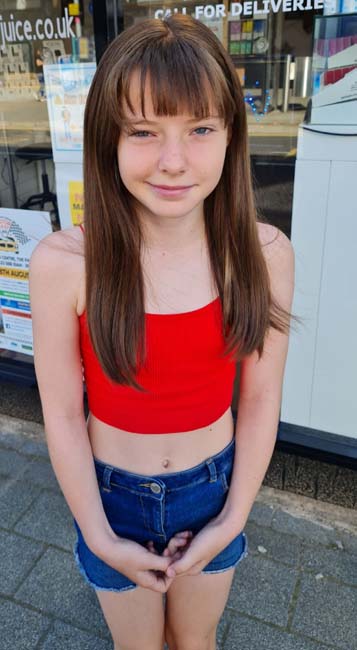