Baby Esmai Wright-Stanford, from Stoke-on-Trent in Staffordshire, was just seven months old when she was diagnosed with an anaplastic ependymoma tumour. Her shock diagnosis finally came after several trips back and forth to A&E and feeling like she wasn’t being taken seriously. Now Esmai’s mum Chloe wants to share her daughter’s story to help campaign for better research into detecting and treating childhood brain cancer.

Here is her story, as told by her mum, Chloe…

Since Esmai’s diagnosis, I’ve noticed more and more that there is a lack of information about childhood brain cancer for parents and caregivers. That’s my main reason for sharing Esmai’s story, to help others who may have just been told that their little one has a brain tumour.

In October 2021, at seven months old Esmai seemed vacant behind the eyes and stared into space. A few weeks prior to this she had blocked glands around her eyes and they became full of thick liquid and I’m still not sure if this was an early indication of her brain tumour.

I phoned the doctors and went to the walk-in centre and they said Esmai had rigors, which is episodes in which your temperature rises – often quite quickly – whilst you have severe shivering accompanied by a feeling of coldness . They can cause absent seizures and they thought it could be the early signs of epilepsy. I was asked to record these episodes and report back to the doctor.

Later that day, I was giving Esmai a bath and the same thing happened about 10 to 15 times. Her body went stiff and she just froze. I called an ambulance and we were taken to Royal Stoke Hospital in Stoke-on-Trent where, after waiting six hours to be seen, I was told Esmai was experiencing absent seizures and we needed to wait two to three weeks for a referral to paediatrics for an electroencephalogram (EEG), which is a machine that monitors brain activity.

Over the next three days we went through a cycle of Esmai having seizures which I would film and show to the healthcare team when we went to hospital. Every time we saw a doctor, we had a different diagnosis and each time, we were told that she was perfectly healthy and to wait for the referral letter.

Later on, I found out that absent seizures are more common in children over four, and as Esmai wasn’t even one, I felt like my concerns weren’t being listened to.

She might have looked fine, but I knew something was wrong.

By the third night after I had initially taken her to A&E, whilst I was changing her nappy, Esmai threw her arms and legs in the air and they just stayed there. I phoned NHS 111 and told them what had happened. By this point Esmai was asleep, and they asked if she was responsive. I woke her up and that’s when she had a full seizure so I put her in the recovery position and we were taken to A&E. Because she had a cough, we had to go to the COVID side of the hospital and I explained to the doctor that Esmai had had about 60 seizures that day and her arm seemed sensitive to the touch. It was 4.30am and a junior doctor suggested I wait until 9.30am for an x-ray and CT scan – finally I felt like I could breathe because action was being taken.

Esmai was sitting on the hospital bed and had a seizure which lasted 20 minutes. I couldn’t get her out of it, it was terrifying. I scooped her up in my arms as the machine she was attached to started beeping and asked what was going on and a team of doctors ran in and she was put on oxygen and they took her for a CT scan. 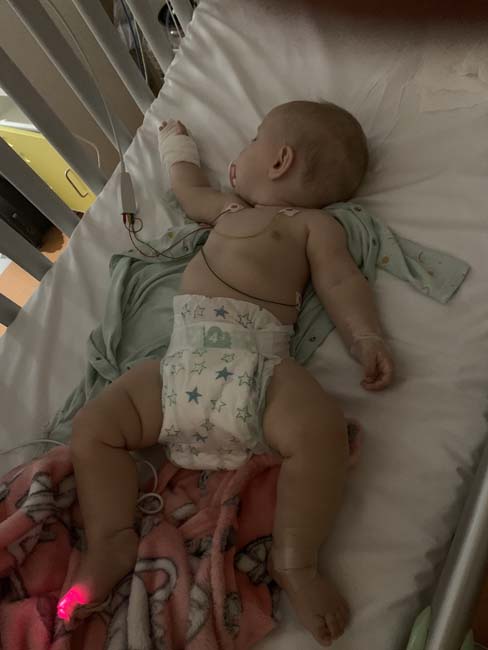 Within half an hour of having the scan, doctors found a tumour the size of a grapefruit growing on her brain which had caused her entire brain to be pushed over to the left, causing intense pressure.

Esmai was placed on steroids to shrink the tumour and we were blue lighted to Alder Hey Hospital in Liverpool. During the journey, I just stared at the SATS machine the whole time. A few days later on 12 October she had surgery which lasted almost six hours. A biopsy showed the tumour was an anaplastic ependymoma. 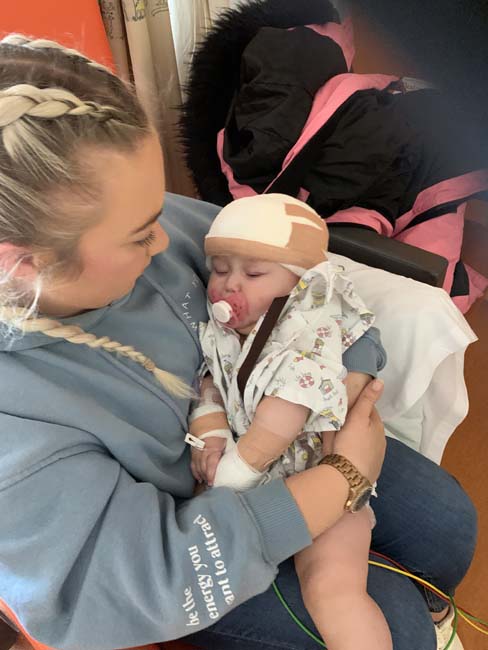 I was sat down by the professor and surgeon who told me that this type of tumour is rare and can keep growing back. They said she would need at least a year of chemotherapy treatment and that the tumour is life-threatening with a survival rate of 50%. It was hard to hear, but I would rather know what we are dealing with. 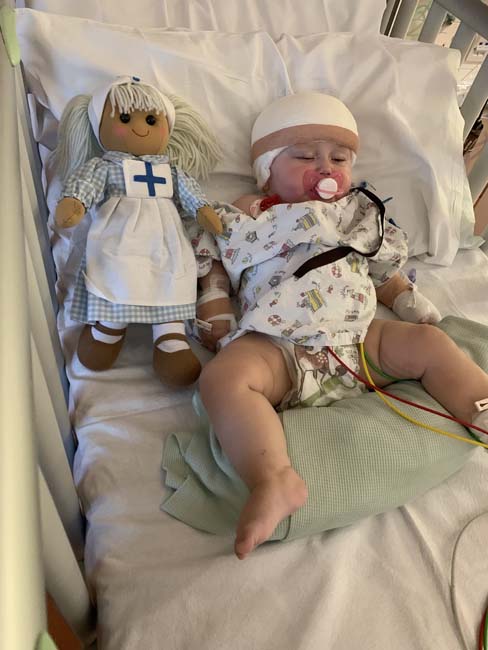 She’s too young for radiotherapy so for now, chemotherapy is the only option, however the medication often causes ulcers and burns in her mouth. She’s had blood and platelet transfusions and has a feeding tube along with ice cream on her dummy to help soothe the pain.

I’ve had amazing support from my family including my mum Amanda and brother, Joshua, who come with me to Esmai’s chemo appointments. I work in a pub and they have been incredibly accommodating, allowing me to change my shifts around Esmai’s treatment and they’re taking part in Wear A Hat Day this year to help raise money and awareness for Brain Tumour Research. 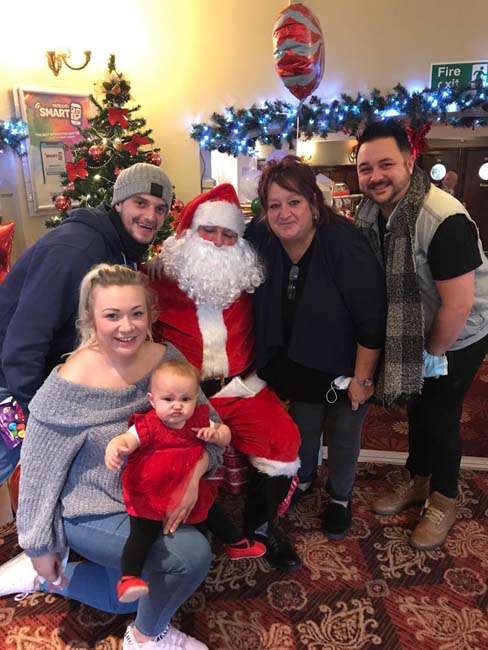 I’m keen to help join in with campaigning because we need to better understand how to detect brain tumours earlier and how they can be treated so other families don’t have to go through this horrendous experience. 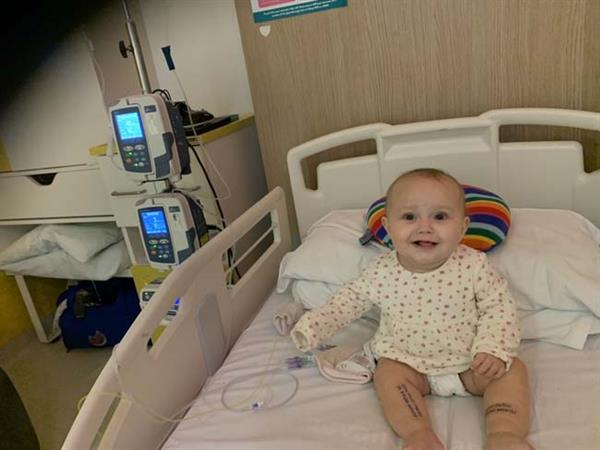