Emily Corrigan put her headaches down to her hectic life as the mother of four young children. She got on with raising her family and put up with the pain and fatigue for two years before being diagnosed with a low-grade diffuse astrocytoma which was successfully removed during surgery. Emily was told she had a 50/50 chance of the tumour returning. In fact she has had two reoccurences and has undergone further surgery, as well as radiotherapy and chemotherapy. Emily battles with fatigue and low energy, but tries to stay positive for the sake of her children.

“My decision to be a full-time mum was inspired by my mother’s regret that she wasn’t able to spend more time at home when my brother and I were small. By the time I was 26 I had my hands full with four children aged under five and, like many busy parents, I was exhausted.”

My partner Stewart is a self-employed heating engineer. We were happy, albeit tired, and adored our children, Sonny, Harvey, and twins Francesca and Annabel.

When I found out we were going to have twins I laughed and cried at the same time. The pregnancy was difficult from start to finish. There were more tears to come when the girls were delivered prematurely by emergency caesarean. Francesca, who was born first, did well and was out of special care and into the hospital nursery within a day, however Annabel had stopped breathing and was on a ventilator for a while.

We later found out she had suffered a degree of brain damage during delivery but, despite this news, it was a relief to finally get the twins home so we could all be together. Annabel had physiotherapy which helped a lot with her problems reaching developmental targets and, thankfully, a follow-up scan revealed the issue in her brain had resolved itself. 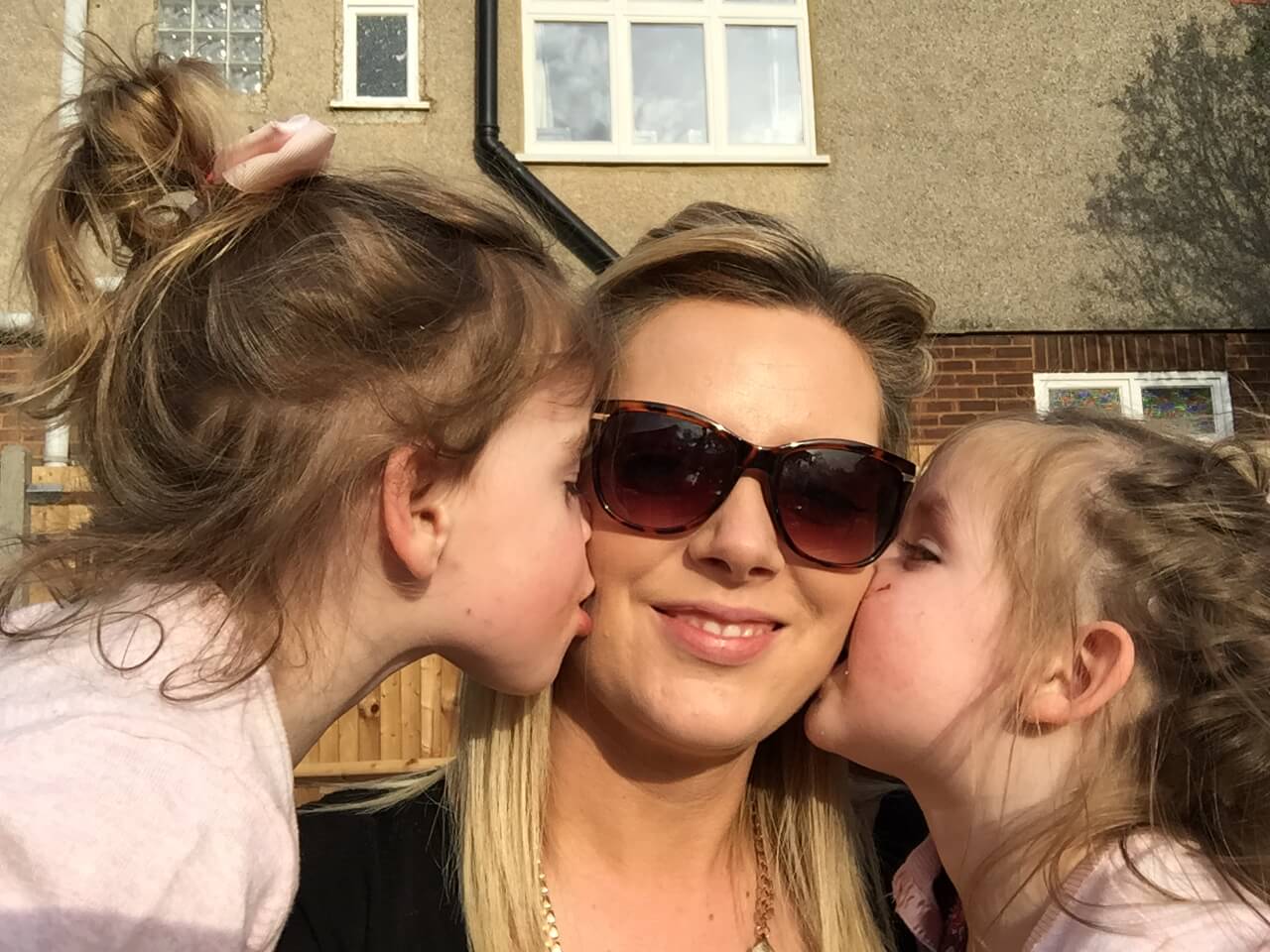 Daily life was exhausting. We would be woken at least 20 times each night as the twins suffered from reflux and colic and Harvey continued to be the poor sleeper he had been from birth. We were fortunate to have help from my mum and friends, one in particular who, despite being treated for breast cancer, would help with the school run while the twins were tiny.

“In addition to feeling permanently exhausted, I was finding it hard to remember things and I talked to my mum, but we put it down to the fact that I was so busy I didn’t have time to take things in. The twins were only around one when I started to have headaches and short, sharp pains in my right temple.”

I went to my GP and it was agreed I should go for an MRI scan to be on the safe side. I was going to go privately, but there was a hitch in the referral process and I didn’t go back to chase it up as I should have done.

When the kids were ill, I could be backward and forward to the doctors several times a week, but somehow, I just didn’t find the time or energy to go back for the sake of my own health.

It wasn’t until two years later that I discovered the pain was being caused by a brain tumour which had been growing undetected for between seven and 10 years. The first we knew about it was during the night of 2 July 2015. I was a restless sleeper so Stewart thought nothing of it when my moving around woke him up. It was a very hot night and he went downstairs for a glass of water and came back to find me having a severe seizure. I was face-down on the pillow and foaming at the mouth.

He dialled 999, arranged for a local friend to come and take care of the kids and called my mum who lived in nearby Pinner. The first responders arrived followed by two ambulances.

“Paramedics worked to stabilise me, but it was clear they thought I wasn’t going to make it. My mum sat on the bed and held me while Stewart went to get my father as it was feared we would be saying our goodbyes.”

I was taken by ambulance to Watford General Hospital where I was put into an induced coma and ventilated. It was a shock for my family to see me like that with my eyes taped up and to be told I was the most critically ill patient in the hospital. At that stage no-one knew what was wrong and the doctors wanted to know if I had taken any drugs or if I had been involved in an accident.

It is strange to think that a previous conversation with my mum may well have been what saved my life. I had asked her to mention the pains I had in my head if I was ever taken ill. It was as if I knew subconsciously that something serious might happen, although I didn’t want to confront it by getting it checked out. 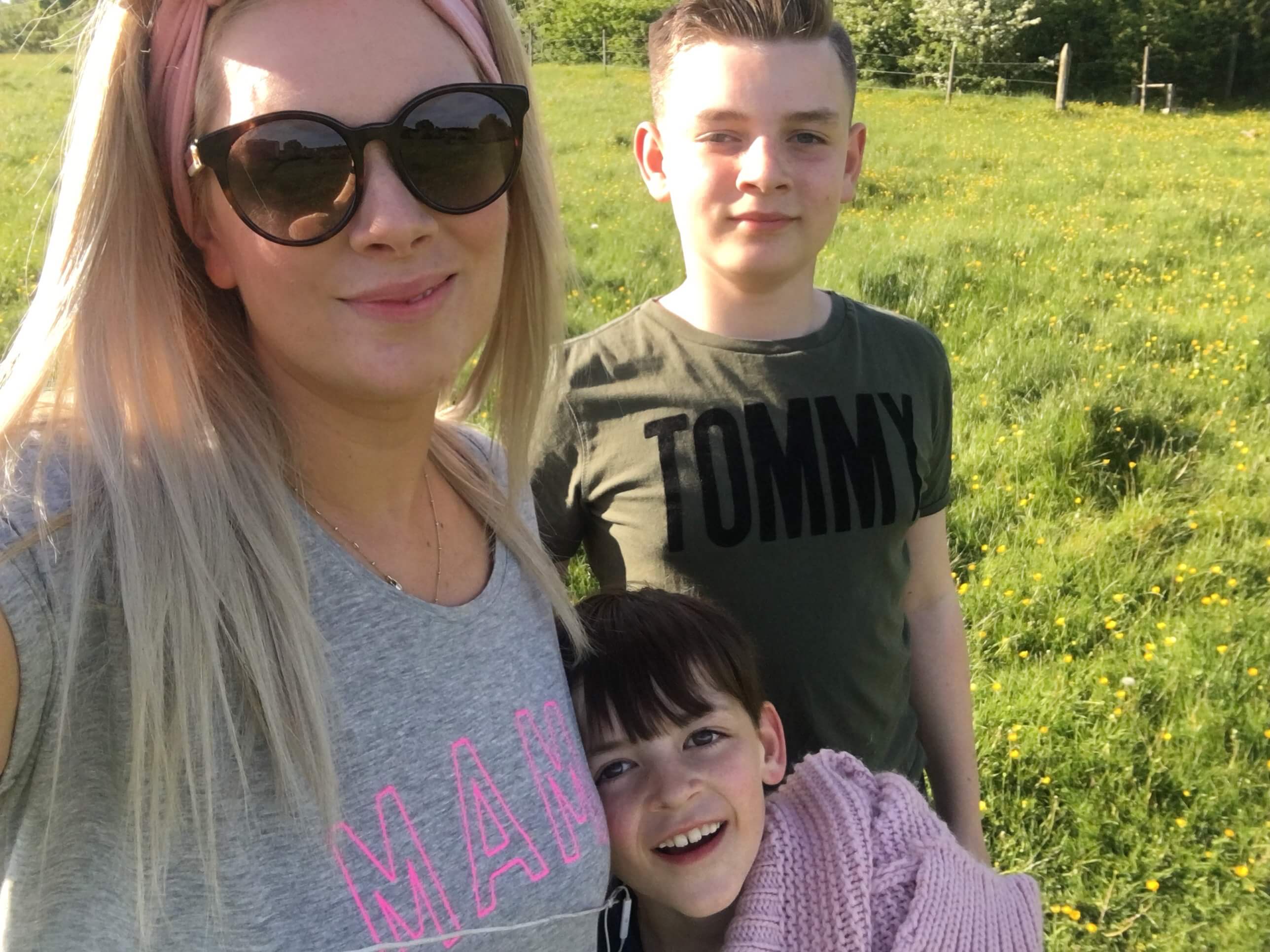 Mum mentioned the headaches to the doctors. I wasn’t able to have an MRI because I was on a ventilator but a CT scan indicated that I could have a tumour, a clot or had suffered a stroke. The following day I was brought round, but my brain was still too swollen for a useful MRI scan. I needed to have another scan once the swelling had gone down and I was discharged.

We really felt we couldn’t wait, so organised a private appointment.

“Within a couple of days, the neurologist delivered the results we had dreaded: I had a brain tumour, most likely a grade 2 glioma.”

The good thing was that the tumour was operable and I had surgery on 6 August. Despite the risks that I could suffer irreversible damage, or worse, I was very calm. Although I knew the operation was major and I had never had a general anaesthetic before, all I could think about was getting this thing, which turned out to be a grade 2 diffuse astrocytoma, out of my head.

Back home after being discharged, there was so much going on I didn’t have time to dwell on what had happened. As things got back to normal and the kids, who were aged three, four and eight then, went off to nursery and school, reality hit me and, although I felt I should be grateful that things had worked out so positively, I couldn’t shake myself out of it.

After surgery I was told that there was a 50/50 chance of the tumour returning and I thought those odds were quite good. Later though my doctor said he wouldn’t be surprised if he saw me again in five years and that really threw me.

I took a step back and came off Facebook because I didn’t want to read posts about people having a great time and think how unfair things were. Seeing a neuropsychologist helped me enormously because I could say whatever I wanted without fear of upsetting anyone. It was as if a dark cloud had descended on me and I worried a lot about the future.

“It breaks my heart to think of Mum holding me that night when I nearly died. No parent should ever have to bury their child and I worry about the unthinkable happening to any of my children.”

Brain tumours kill more children and adults under the age of 40 than any other cancer yet just 1% of the national spend on cancer research has been allocated to this area.

It was a big decision for me to go back on Facebook and post a photograph showing the scar from my surgery which runs from one ear across the top of my head to the top of the other ear. I did it to provoke a reaction but never in a million years did I think it would be shared more than 18,000 times. I am proud to think it contributed to achieving more than 100,000 signatures on an e-petition, which prompted a House of Commons debate on the underfunding of research into brain tumours. 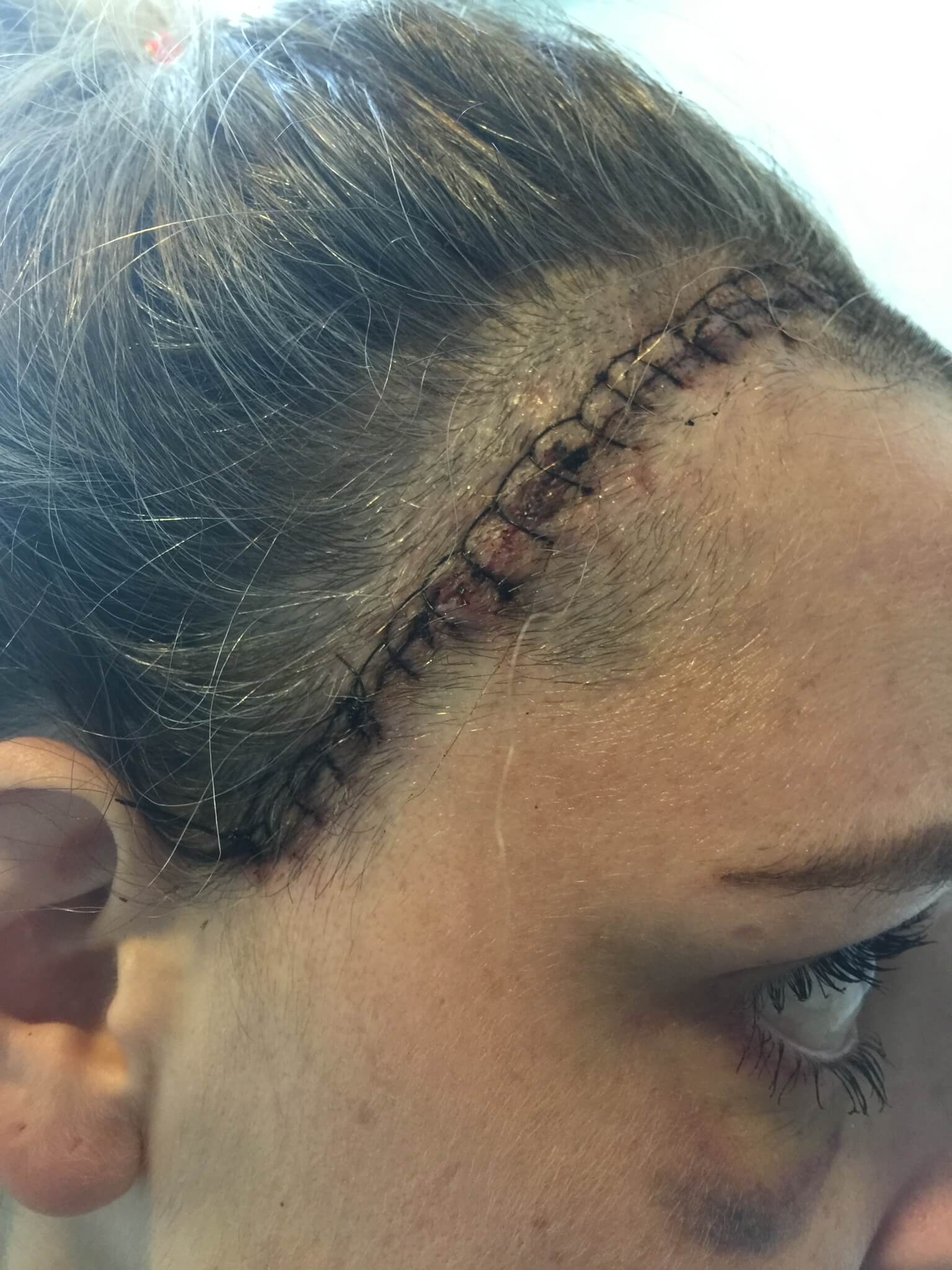 I really had to convince myself that I would be one of the 50% who wouldn’t have a reoccurrence. However, the results of a scan in October 2018 really blind-sided me. It showed some regrowth, which admittedly measured just 3mm compared with the original tumour which was 4.5cm x 4.5cm, but nevertheless it was very difficult to deal with.

One option was to watch and wait, but as I am always much happier having a plan, I opted to tackle the tumour head-on with surgery, which went ahead at the beginning of January 2019.

Two days before my surgery, however, I had my first seizure in three and a half years. Sonny, then 11, found me on the bathroom floor and called for an ambulance. He then calmed down his three younger siblings and put the family bulldog, Buster, in the garden when the paramedics arrived.

I had got my driving licence back a year after my first surgery, so now I am back to not being able to drive and hoping that I will get through the next year without another seizure, allowing me to reapply for my driving licence.

“In March, it was shocking to find there was such an early reoccurrence – this time the tumour had grown a lot and now needed to be treated aggressively. I had to tell myself to stop thinking of what ifs and just get on with believing in miracles. It was the only way.”

Having children is the best medicine – I couldn’t let them see me fall apart and they were all older this time and understanding a lot more, especially my eight-year-old and 11-year-old boys. 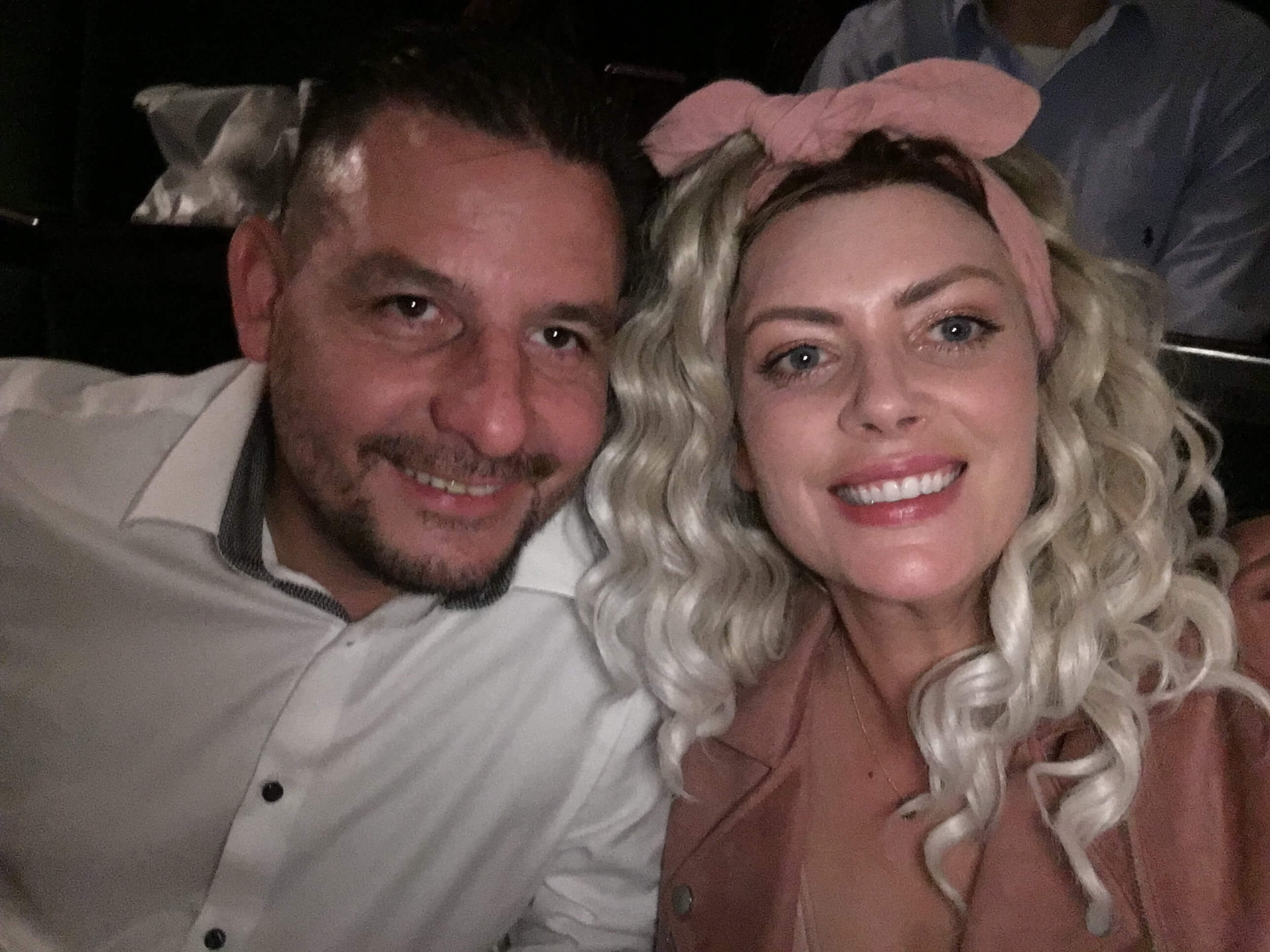 The chemotherapy treatment, which will continue until July 2020, leaves me feeling very tired; for four or five days I feel dreadful and it is difficult if the kids start screaming. However, I sailed through the radiotherapy fortunately.

In July this summer, I went with Stewart, my mum and the kids to Lourdes in southwestern France. Lourdes is a major Catholic pilgrimage site, attracting millions each year to the grotto where it is said that the Virgin Mary appeared to a local girl in the mid-19th century. Countless miracle cures have been purported from people bathing in or drinking the spring water so I am praying for a miracle for me. 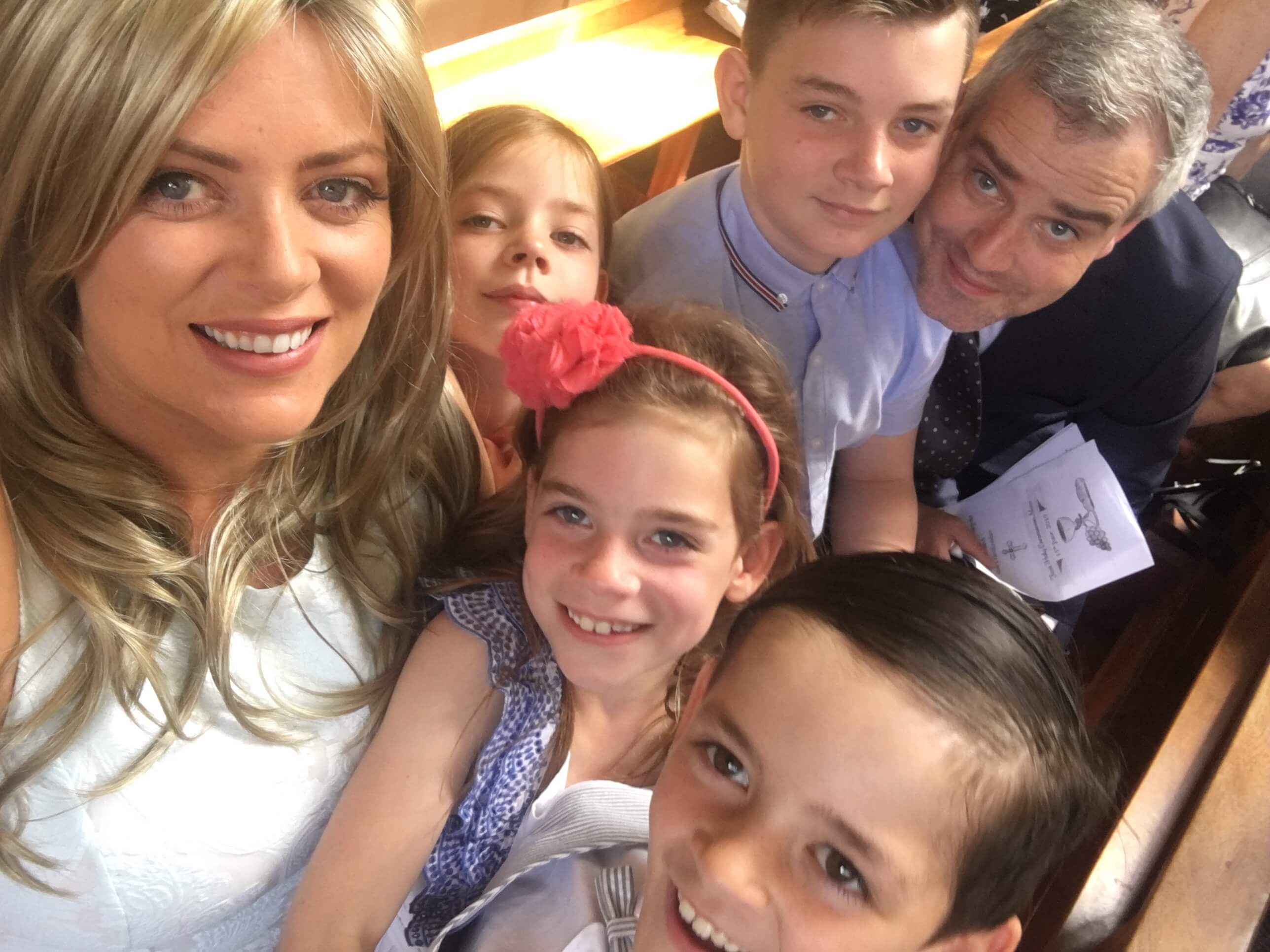 Stewart, a non-Catholic, was dreading the trip and thought it would be very depressing. It turned out to be anything but. It gave me enormous comfort and has been life-changing too as Stewart now comes to mass with me on Sundays!

I feel lucky that the tumour was on the non-dominant side of my brain and it was removed without serious side effects. I still struggle with extreme fatigue and it is likely that I will have to take anti-seizure medication for the rest of my life. I count myself fortunate that I was there to see each of my children go off to school for the first time.

“My experience has changed my outlook on a lot of things. I used to worry about ageing but now I look at old ladies walking down the street with their shopping trollies and really hope that will be me one day.” 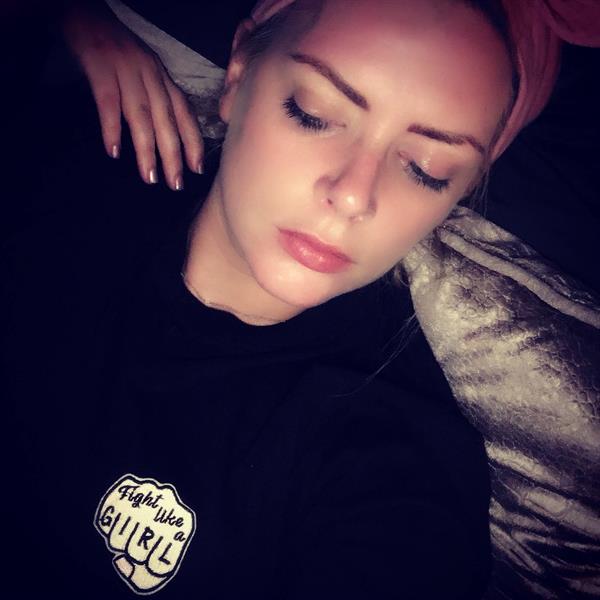