Former professional footballer Danielle Gibbons, from Chorley in Lancashire, was 23 when she was diagnosed with a low-grade brain tumour, growing on the vestibulocochlear nerve, which helps to control hearing and balance. Just over a year later she was back on the pitch and, in November 2015, she received a Special Recognition Award at her club’s Player of the Year Awards. She’s no longer playing football for a living but 27-year-old Danielle is channelling her active and competitive nature into a fundraising challenge to raise awareness of brain tumours.

I have a black speaker and mute symbol tattooed behind my left ear to remind people that I have no hearing on one side. It is a lasting effect of the surgery I had in May 2015 to remove an acoustic neuroma. It had been discovered two years earlier and surgery was needed because it was growing faster than expected.

“Looking back, I think the tumour had been with me for a while. During my childhood I had spells of dizziness, vertigo and high levels of fatigue, which were attributed to a growth spurt, anaemia or low blood pressure.”

I wasn’t particularly unwell, so no treatment was recommended. When I was first diagnosed the previous year, I didn’t know what to think or feel and I definitely didn’t know what to expect. I had worked so hard on my football career and there was no way I wanted the tumour to put an end to it.

The tumour was non-cancerous and this type usually grows very slowly. They can cause problems by pressing on the surrounding tissues, which in my case were the nerves controlling my hearing, balance and facial movements. While it wasn’t going to spread to other parts of my brain, it could interfere with other functions as it grew. I was living in Preston at the time and was in my last year at university. Even after the diagnosis I was able to continue with football and my studies, although I carried on having phases of dizziness and fatigue. Sometimes it was as if the world was spinning around me and I would have to sit down but I tried my best not to let any of it affect me too much. I figured that people were going through a lot worse than me and were still getting on with things so I was determined to do the same.

“I had regular scans and, six months after my diagnosis, the tumour had grown. I had carried on with the football season as normal and we were about to embark on our first ever Champions League adventure.”

I was away in Sweden with my club, Liverpool FC Women, when a letter came from the hospital. Mum kept the news from me until I got home. 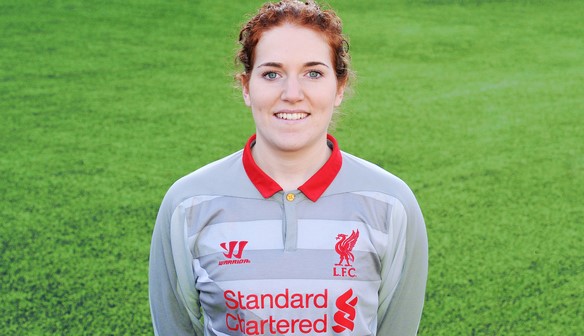 Surgery was recommended over radiotherapy as removing it now would reduce the risks of the operation. It seemed like a no-brainer to me, no pun intended, and my gut instinct was to go ahead.

“There were times when I would break down and cry as the worry built up and there were negative times when I became anxious about how it would affect my football.” 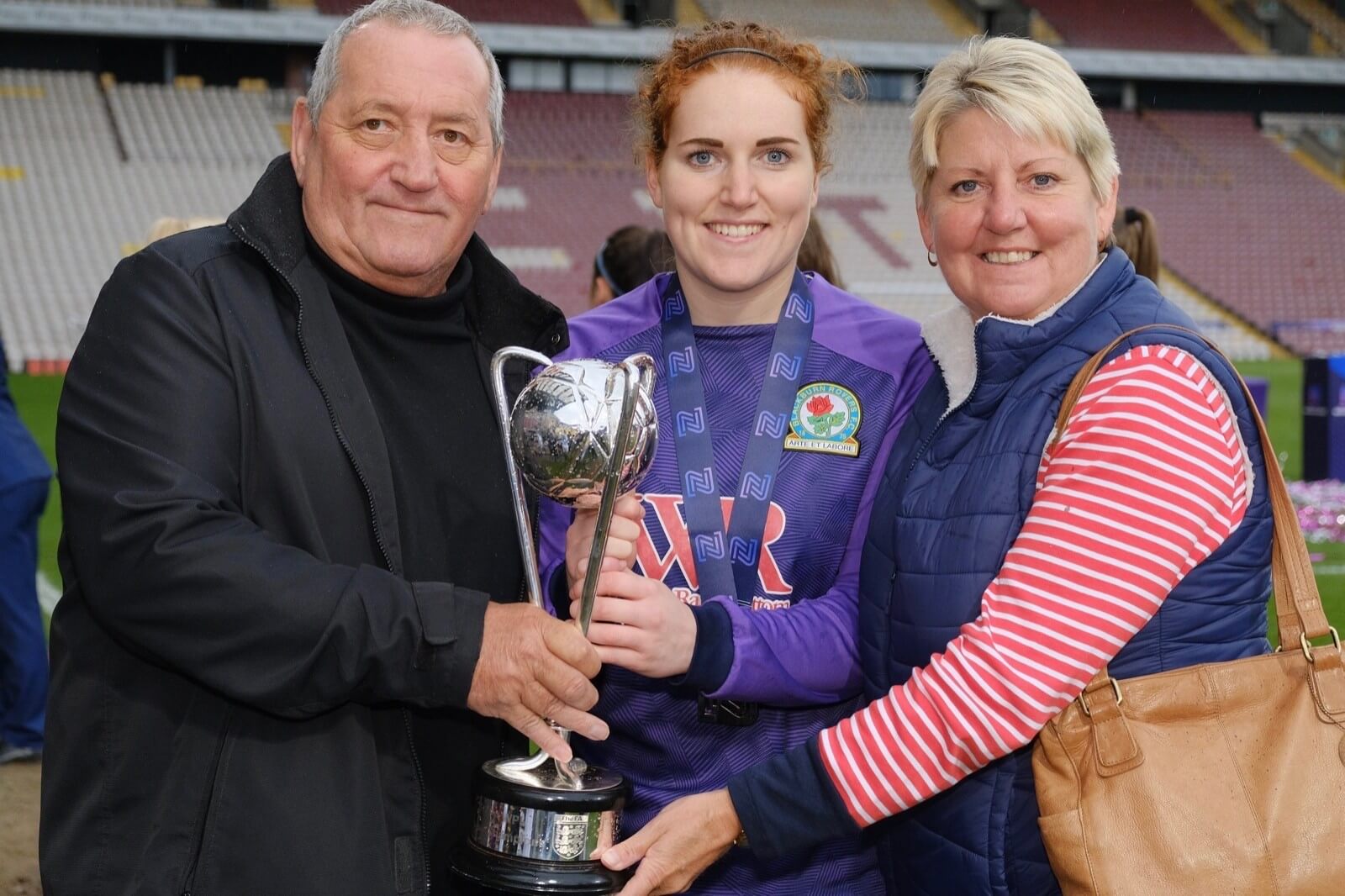 I had achieved my dream of playing professionally but how long would I be out of the game? Would I ever play again and would the club want me afterwards?

I was frustrated and frightened as I waited for surgery. The date was delayed and there was a brief distraction as I was unexpectedly called up by the England camp to help out before the World Cup. It was a real privilege to be part of the squad before they went out to Canada and I felt I had done myself proud.

As the date of my operation approached, I felt anxious, of course, but I value every single person in my life and collectively they made me feel as if I could conquer any challenge. In a strange way, I felt that this sort of tumour was a blessing as it taught me that any kind of hardship allows you to see who really cares and is there for you. 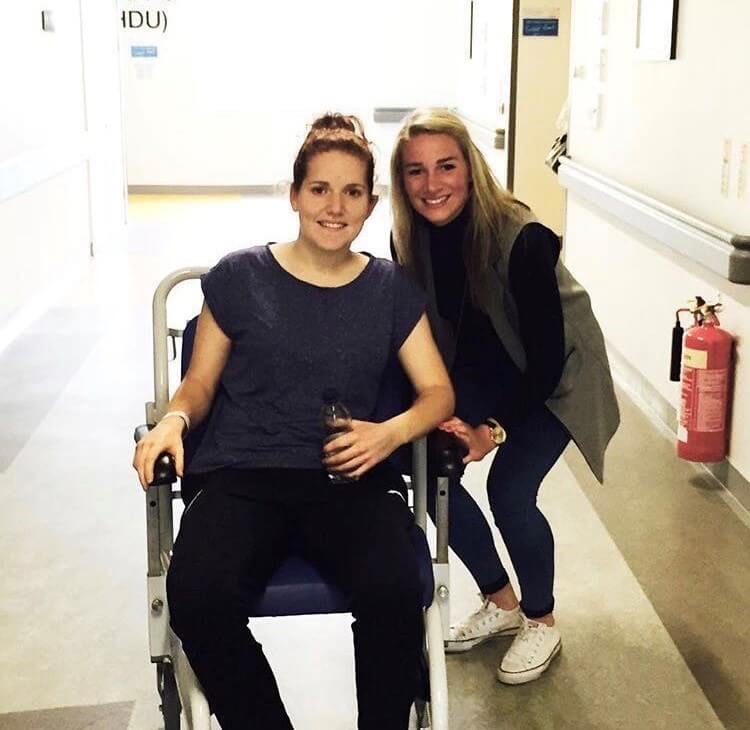 “I was in surgery for ten hours and the next few days morphed into one. I looked pretty horrendous and when my bandages came off my face was so swollen; I didn’t recognise myself in the mirror.”

There were problems with my sight but just a week later I was allowed home. Twelve days later I was able to watch my team play against Nottingham County, I was so excited to see the girls and was very touched by the reception I got from the supporters. Along with my family and friends, it was this overwhelming support through football which helped me to stay positive.

“I began to regain my strength, no longer needing a wheelchair to do the grocery shopping and started coming to terms with being deaf in one ear, which is a small price to pay.”

Six weeks after surgery and I was back in training. There were low points, of course, but I tried to stay positive. The sad news that our manager Matt “Beardie” Beard, who had done so much for me, was leaving was tempered with the incredible news that I was on the long list for the squad that would be travelling to China for a tournament. Although in the end I wasn’t selected it was a great boost to my confidence at a difficult time. Just three months post-op and I was back on the pitch playing against Bristol. They had already been relegated from the league so, more than anything, it was a chance to practise our game plan ahead of the Champions League. For the rest of the team it was the last game of the season but for me it was my first and meant everything. We lost 4 – 2 and I was disappointed but at least it helped me to get the initial “return to playing” nerves out of my system ahead of the UEFA game against Brescia in Italy. To play in Europe was an amazing experience, especially after all I had been through. We suffered a narrow first-leg defeat but I was grateful to be there although disappointed to concede goals. 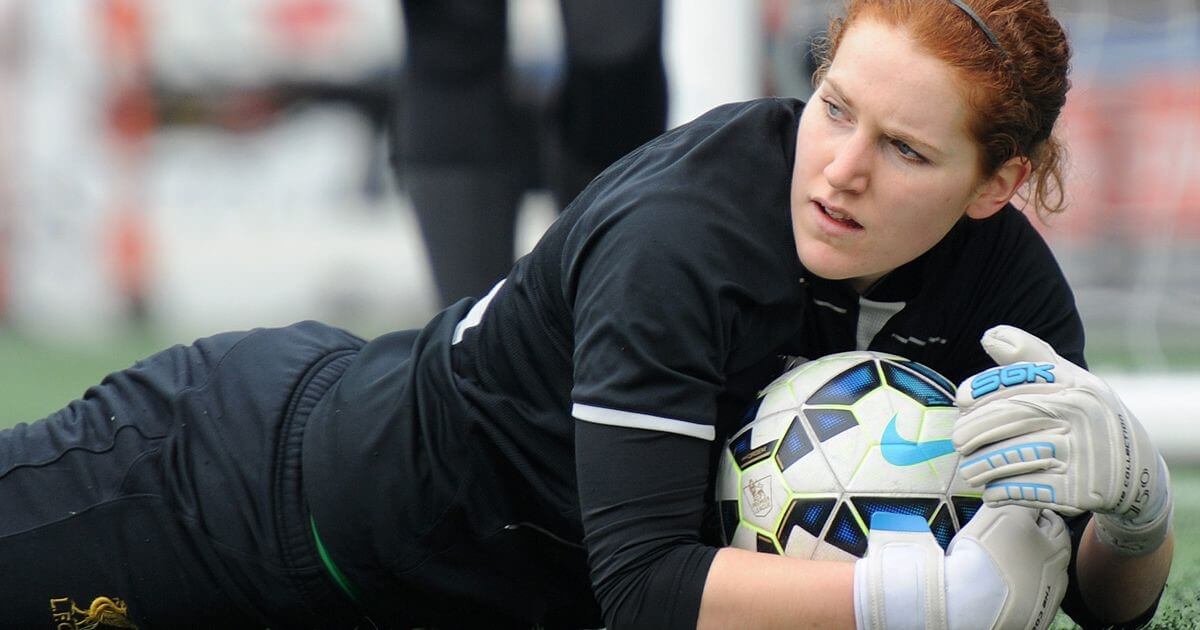 I left Liverpool as the club’s longest-serving player in 2017 and played a season for Sheffield. I was semi-professional at Sheffield; I worked part-time as a personal trainer in between training and matches. I got back into really enjoying football at Sheffield. I still had to explain to my teammates I was deaf in one ear but psychologically and physically I felt better and stronger.

“My teammates were surprised to discover that I had been treated for a brain tumour. It’s a hidden disability.”

Following my season at Sheffield, I played for Blackburn Rovers for a year. We had a great season, winning four trophies; the league and three cups. It was good to end my career on a high.

I’m no longer playing professional football; I now work for the civil service in Bolton, near my home town of Chorley. In the end my priorities changed and I wasn’t enjoying it as much as I used to. I was pleased to be awarded with a Special Recognition accolade at Liverpool, which recognised my comeback. At Sheffield I was given the players’ player trophy. My aspiration used to be to play for England in the World Cup. It didn’t happen in the end but I feel proud of myself for all I have achieved.

I count myself lucky – brain tumours kill more children and adults under the age of 40 than any other cancer … yet just 1% of the national spend on cancer research has been allocated to this devastating disease.

“As well as working with the charity Brain Tumour Research, I am an ambassador for the British Acoustic Neuroma Association (BANA) and I hope that other patients and their families will find it helpful to learn about my experience.”

The drive and competitiveness I used to bring to the football pitch, I now bring to my job working for the Government. I’m part of a new network now and I enjoy the camaraderie of the office. I’ve signed up to do the Lake District Ultra Challenge in June 2020 with my friend Sara Crosland, a fellow acoustic neuroma survivor. We’re both deaf in our left ear, so I’m not sure how we’re going to hear each other when we’re walking/ running alongside one another! Sara and I have a lot in common; we both have the same sense of adventure and were very active and competitive before our diagnosis and treatment. We both want to regain a sense of purpose and return to a good level of fitness. We met through BANA and speak on the phone regularly. When Sara proposed the idea I straight away said, ‘yeah, I’m in’. 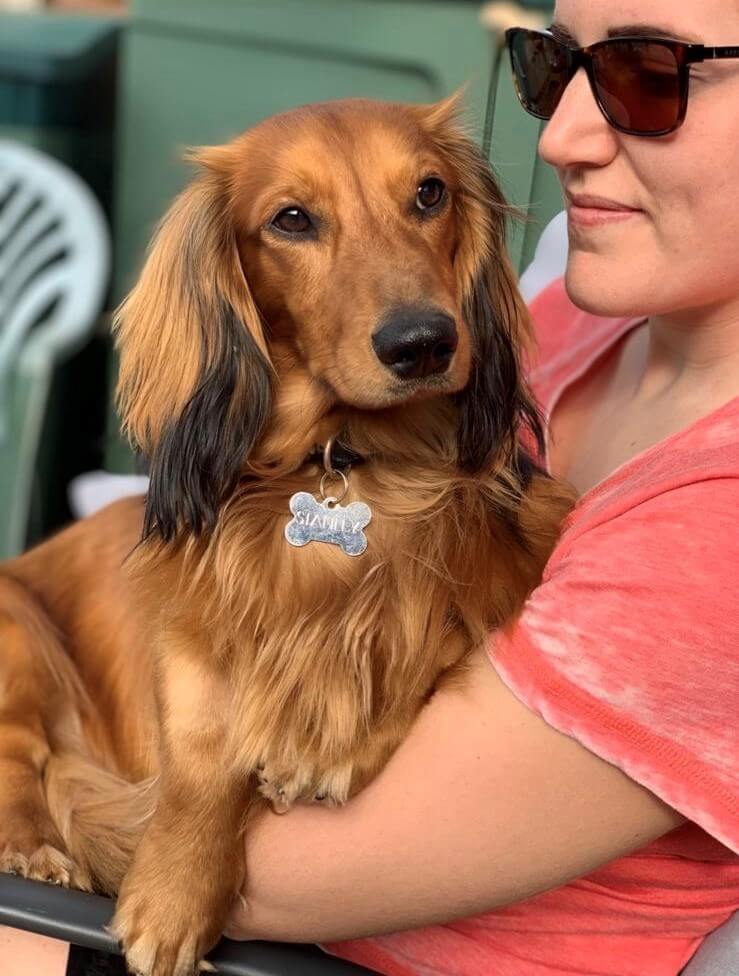 “Our friends and family think we’re crazy! We’re hoping to complete the challenge, a 100km anticlockwise loop, in 24 hours or less. Not playing football anymore left a void in my life. This is something to strive for.”

Healthwise, as well as the deafness in one ear, I still suffer from constant tinnitus. It’s annoying but I try not to focus on it and treat it as a phantom thing. Being in loud environments and busy places is the worst thing for it but I won’t let it change my plans, as I want to try and live a normal life. Last summer we bought a sausage dog called Stanley. He’s eighteen months old now and is like my baby! I’ve also bought my first house with my partner Katie. I want to keep proving to myself that my brain tumour hasn’t prevented me from doing the things I want to do in life. It makes everything that I’ve been through absolutely worthwhile.

Brain tumours are indiscriminate; they can affect anyone at any age. What’s more, they kill more children and adults under the age of 40 than any other cancer... yet historically just 1% of the national spend on cancer research has been allocated to this devastating disease 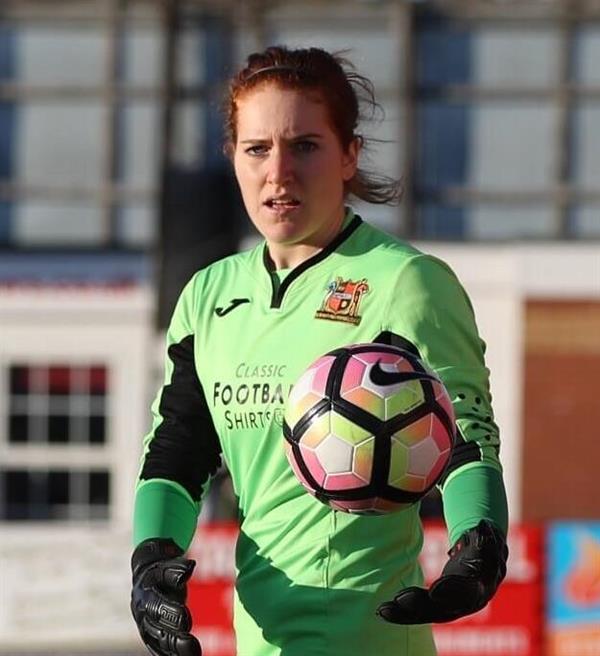