Dan Potts, 46, from Cumbria, loved going to the gym and keeping active with his wife Liah. He started getting headaches in December 2018, but it took two years and three MRI scans for Dan to be diagnosed with a glioblastoma (GBM) brain tumour. He had surgery, chemotherapy and radiotherapy and he is on four different medications to try and control his seizures. Dan and Liah are now preparing for their “last Christmas together”. They are crowdfunding for Brain Tumour Research and to make final memories.

I’ve always been active. My wife Liah and I used to go for long walks, we had active jobs and we went to the gym every day.

In December 2018, while we were living on Guernsey, I started getting headaches on the left-side of my head and I was experiencing weakness down the right-side of my body. I went to the doctor who sent me to Princess Elizabeth Hospital for an MRI scan. 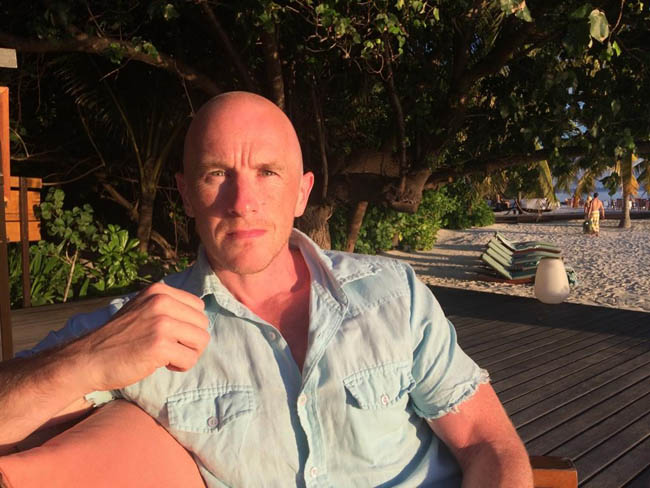 “I was told a pinched nerve was causing the problems but six months later, the pain had become unbearable.”

Six months later, the pain had become unbearable so I had another MRI scan. Again, I was told I had a pinched nerve.

In December 2021, now living in Dunkeld in Scotland, I was typing a message on my phone; in my head, it was perfect but when I looked at it, the words were all jumbled. I went to the GP who immediately referred me to Perth Royal Infirmary for an MRI scan.

“I was told it was terminal and that any treatment would just be to try to prolong my life because there was no cure.” 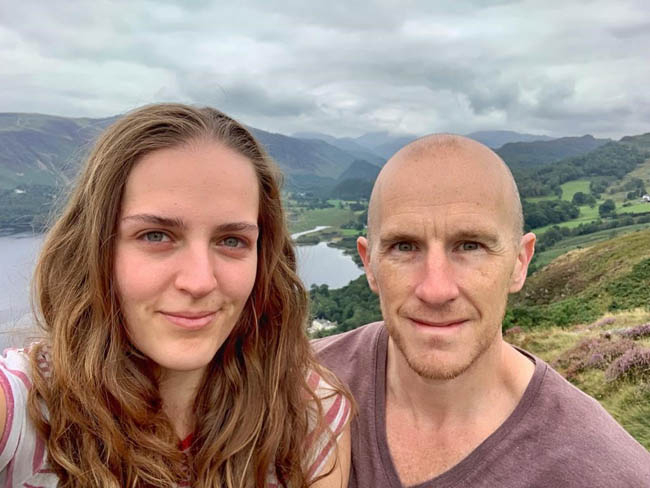 I was told this on an open hospital ward with no privacy, which was not very nice. I was crying; I just didn’t expect news like that. The average survival time is just 12-18 months which is devastating.

The tumour is unmethylated which means it’s very resistant to chemotherapy and other treatments. It is also classed as 'wild' type which means it can grow back very quickly and spread.

I was sent home with the highest possible dose of steroids to try to bring down the swelling on my brain before it would be safe for my operation, which was planned for 10 days later. 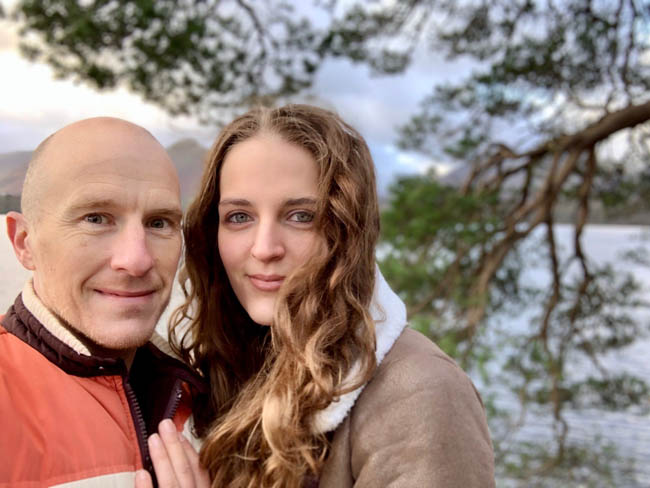 I had only been home for a couple of days when Liah caught COVID. She had to self-isolate away from me as I couldn’t risk catching it. After two days apart, I had a seizure in the early hours of the morning of 22 December and was rushed into hospital. I spent the next seven days pretty much unconscious in intensive care. We both love Christmas, but we were apart and we couldn’t even communicate; I was unable to speak or text because of the tumour, so Christmas was cancelled.

On 29 December 2021, I underwent surgery at Ninewells Hospital in Dundee which went well. The pressure in my brain had reduced and I was able to speak a bit which was a relief because I was told that it could be affected by the procedure. Unfortunately, I now have epilepsy, so I need to take anti-seizure medication. 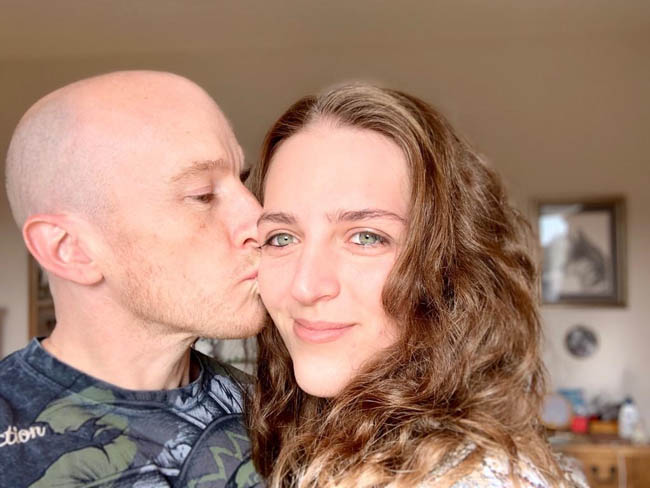 When I went home, I spent five weeks working on my speech and arm control. At first, I could only say a few letters of the alphabet, but by the end of the month I could manage it all.

I had six weeks of radiotherapy at Ninewells. My radiotherapy mask was getting tighter because my face was swollen due to water retention from the steroids.

“I missed the last two days of treatment because it made me really anxious, and I was struggling to breathe with the mask on.”

You can’t make the mask any looser or move it as the treatment is so precise that a millimetre in either direction could result in losing control of one side of my body or being unable to speak.

During this time the seizures were getting worse; on a couple of occasions I had to be taken by ambulance to hospital to increase the anti-seizure medication. l was now on the maximum dose, but the seizures still weren’t under control.

After that, we decided to move near Loweswater in Cumbria, so I then had six months of chemotherapy. I took chemotherapy tablets at home. This was alright to start with but over time the fatigue from treatment built up. 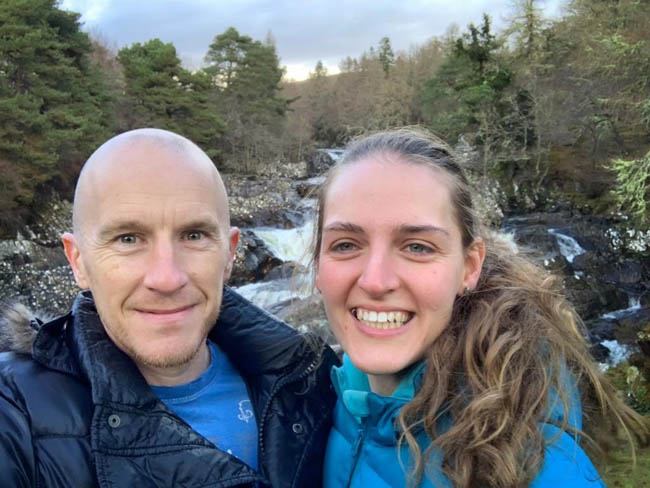 Once the initial radiotherapy and chemotherapy were completed, a third anti-seizure medication was added to my list of drugs. I’m now halfway through a six-month course of a higher dose of chemotherapy. My treatment keeps being delayed because I have a low platelet count. The seizures are still not fully under control, and I was put on a fourth anti-seizure medication a month ago to try to stop them, or at least reduce the frequency and severity.

We hope that if we manage to get on top of my symptoms and side effects of all the medications, then we can manage to get a few more happy memories made together. 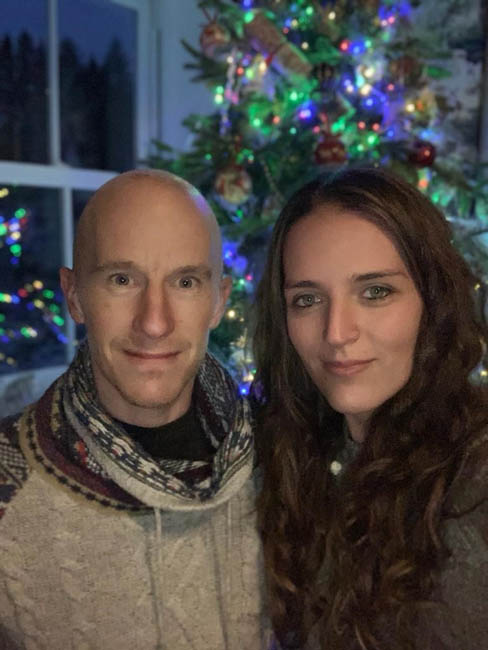 “We think this Christmas may be our last together, so we just want to have Christmas dinner and spend some quality time together. It’s tough but we’re both facing this head-on and trying to be as positive as possible.”

I’ve just finished chemotherapy and I’ll have another MRI scan in January.

Liah and I are now trying to raise £42,000. We want to give 30% each to Brain Tumour Research, Macmillan, and St John’s in Keswick which is where I want to be buried. The remaining 10% would be for me and Liah to make memories together.

It’s so important to raise as much money and awareness of brain tumours. There is such a lack of funding, and the treatment hasn’t changed in over 20 years. That has got to change. 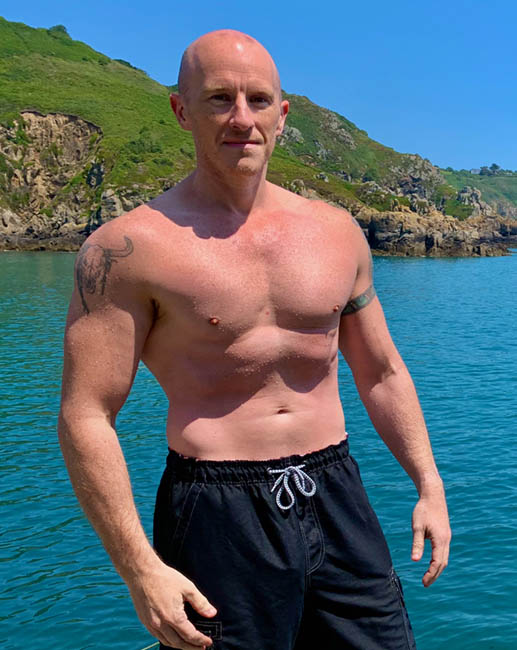