Charlie Cox, from Morden, was just eight months old when he was diagnosed with a brain tumour. Now a bouncy, fun-loving eight-year-old, his tumour has recurred three times. He has faced countless hospital appointments, operations and chemotherapy throughout his childhood but his mum Kirsty, 32, is desperate to keep life for Charlie and his brother Freddie, four, as normal as possible.

Here is Charlie’s story as told by his mother, Kirsty…

It was heart-breaking to be told that Charlie’s brain tumour had recurred for a third time. In his eight years of life, having gone through two operations and chemotherapy, I thought he’d suffered enough.

Charlie was just eight months old when he was first diagnosed in February 2012. He’d been suffering from strange episodes, as if he was holding his breath, for several months.
After several trips to St Helier Hospital A&E, admissions and tests, doctors put it down to reflux. Then Charlie had five to seven episodes in one day so we took him back to hospital where he coincidentally had one in front of a doctor.  We were immediately told that this was not reflux – Charlie was having a seizure.  An EEG revealed abnormal activity and he was put on a waiting list for an MRI scan.

“It was terribly worrying – a real nightmare.  The scan revealed that Charlie had a grade 2 oligoastrocytoma and, as it was low-grade, he didn’t need an operation. We just had to watch and wait.”

A few months later, Charlie’s tumour had grown and he underwent a gruelling eight-hour surgery. Things remained stable for two years but in April 2014, it was growing again and he had 18 months of chemotherapy. The tumour also returned in 2016 and he faced further surgery. Now his tumour, which has been reclassified as having both grade 2 oligoastrocytoma and diffuse astrocytoma cells, has recurred for a third time; it’s devastating to think of the journey we have ahead of us.

“People often ask how I cope but in reality, it’s all I know. I try and live in the moment and make the most of everyday with my boys.” 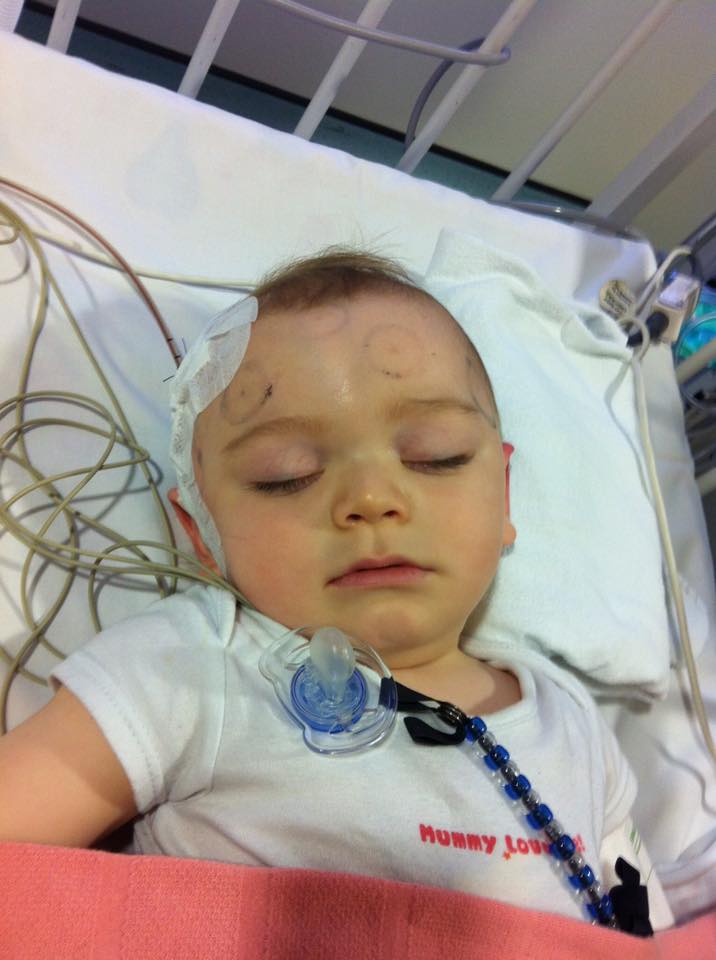 Though Charlie’s dad and I aren’t together any more, having separated in 2016, we communicate often and want the best for our sons. I’ve learned that whatever happens, life goes on, and my focus is to keep things as normal as possible for Charlie and Freddie. 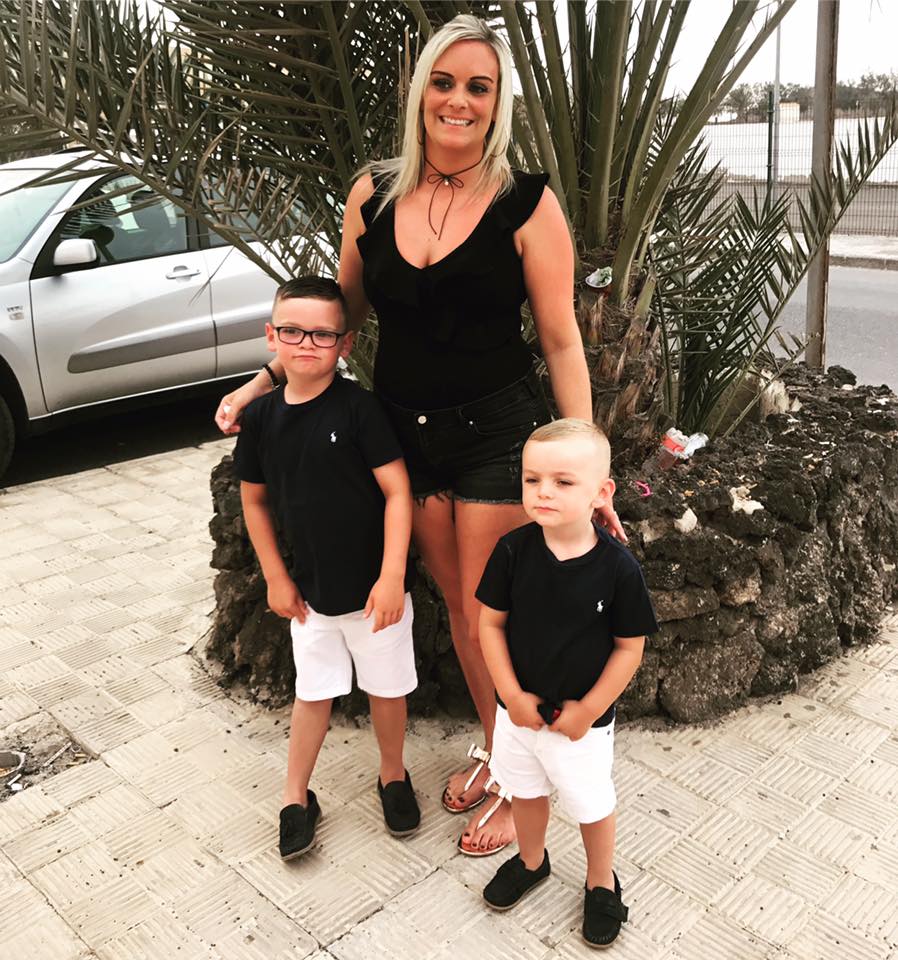 Charlie and Freddie are very different but they have such a close bond. Charlie is reserved and sensitive; Freddie is tough but very loving. I’ve been extremely honest about Charlie’s illness with the two of them and I think they appreciate that. Freddie comes to Charlie’s hospital appointments and, though he’s only four, provides a great support for his brother. 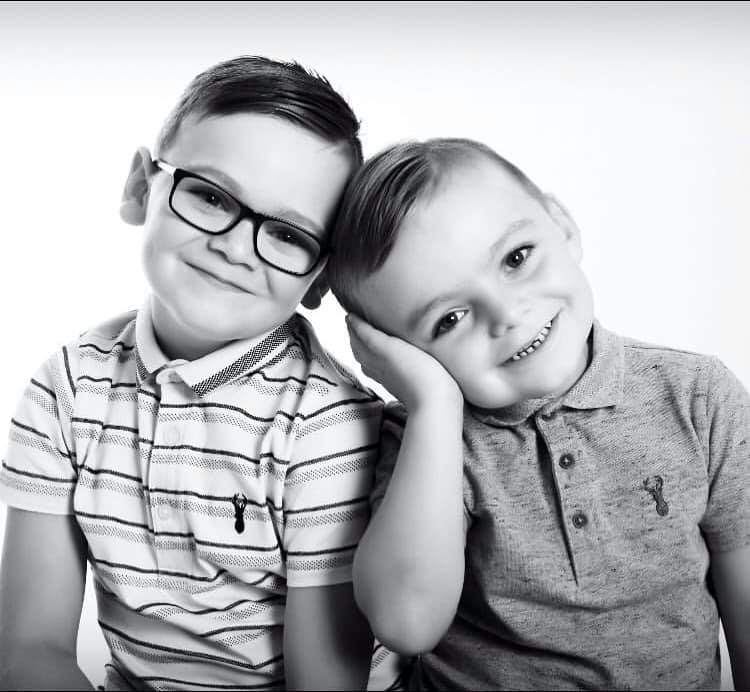 Though Charlie hadn’t been suffering from any symptoms, I instinctively knew that the results of his last MRI wouldn’t be good. He’d been having six-monthly scans since his tumour recurred for a second time in September 2016. My mother’s intuition kicked in in July 2019; I only needed to look at Charlie to see he wasn’t quite right. I rang the Royal Marsden Hospital, where Charlie had been treated, asking if they could let me know the scan results as soon as possible.

“My gut feeling proved right. The scan showed a change in Charlie’s tumour. It was growing again, on his optic nerve.” 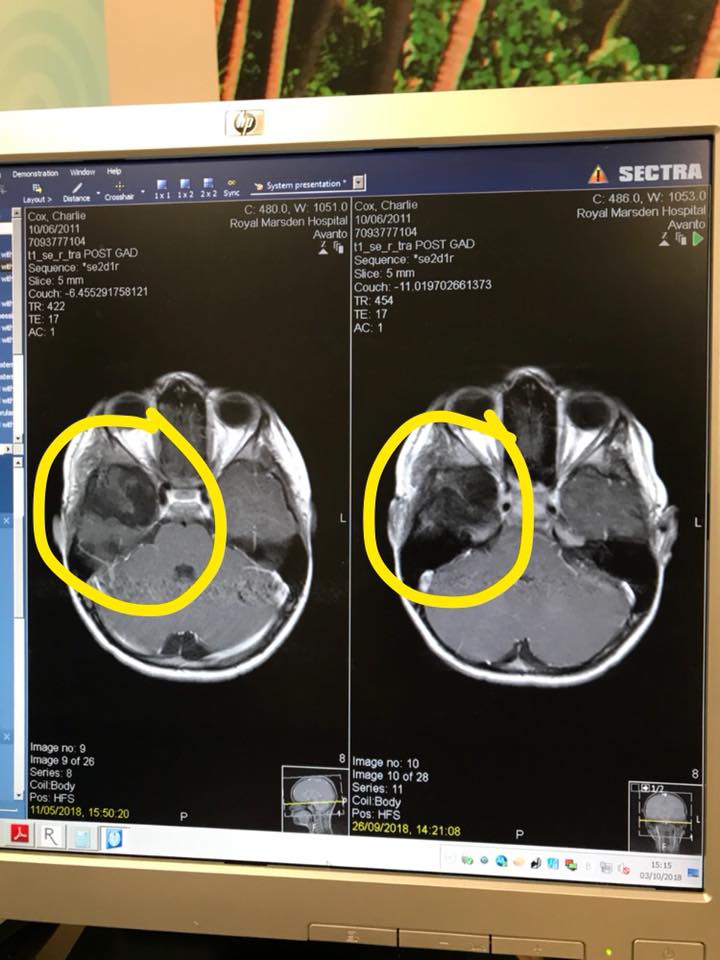 The location of Charlie’s tumour meant that surgery would be very risky and posed a threat to his eyesight. He started a 12-month course of chemotherapy which began on 31 July.

“Charlie is coping well with the chemotherapy but sometimes suffers from neutropenia – a low white blood cell count – and his treatment has to be temporarily stopped.”

Now Charlie is older, he understands a lot more about his illness and he’s got a very mature head on his shoulders. He has a bit of anxiety about his tumour but tries to take each day as it comes. He’s found great support through his school, Abbey Primary School in Morden, and particularly being part of an Emotional Literacy Support Assistants (ELSA) group. ELSA offers school children facing life challenges the chance to talk about their emotions and to go on trips.

Charlie’s friends have also helped him through his diagnoses. He’s very popular and is looking forward to starting the new term so he can talk to them about his summer, which has been overshadowed by going through chemotherapy.

“Charlie is well-liked by his teachers and I’ll never forget some of them bursting into tears when they learned his tumour was growing again.” 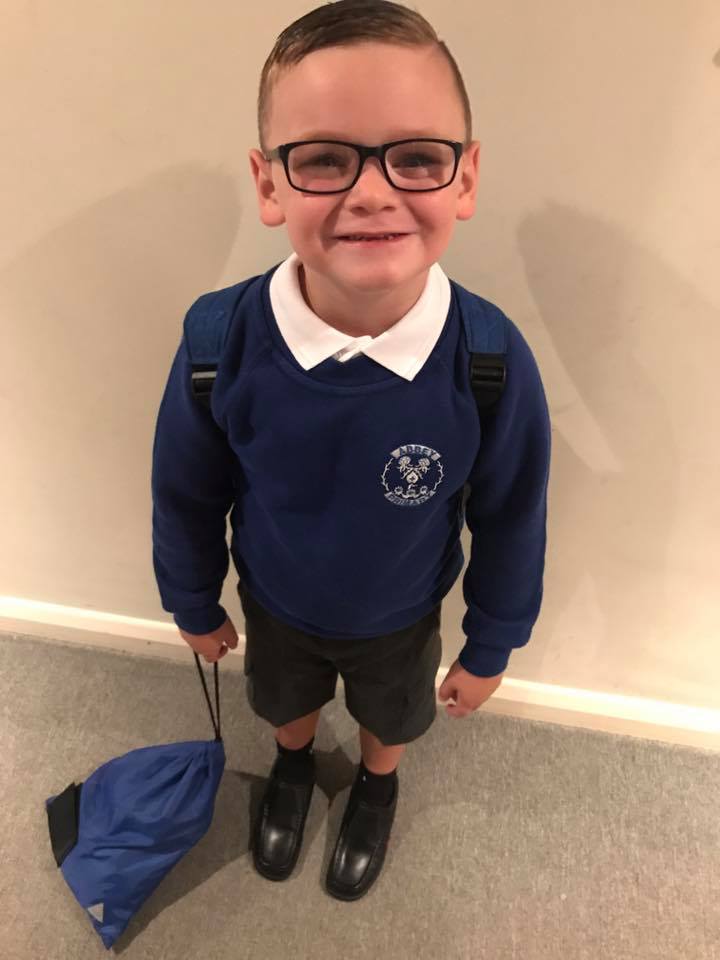 One positive to take from this terrifying ordeal is Charlie, who is a keen golfer, met his hero, golfing legend Francesco Molinari. We reached out to Francesca five years ago and told him about Charlie’s story. He had Charlie’s name stitched onto his training bag, which he gave to Charlie as a birthday present. Charlie was over-the-moon to finally meet his hero in July 2018 and I treasure a picture of the two of them together. 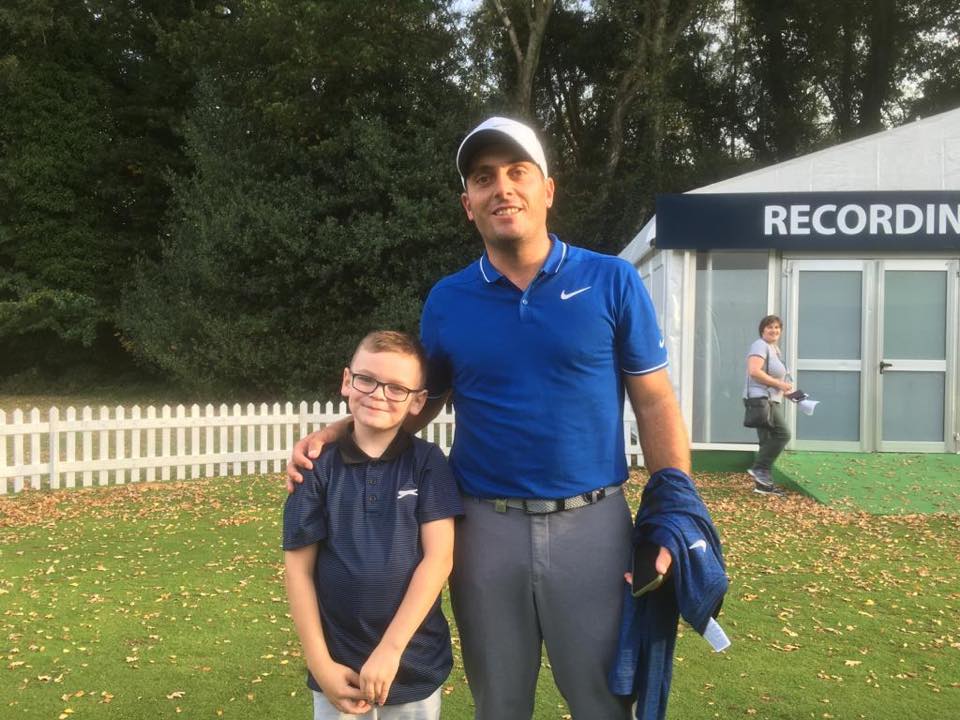 The doctors have advised that chemotherapy won’t remove all of Charlie’s tumour but, because of his age and the fact his tumour is low-grade, he won’t be offered further treatment for the moment. In future, proton beam therapy, a type of radiotherapy, is another option and there are also other types of chemotherapy available.

I was shocked to discover that brain tumours kill more children and adults under the age of 40 than any other cancer, yet have historically received just 1% of the national spend on cancer research. I’m determined to do all I can to raise awareness of this dreadful disease, to try and prevent others going through this heart-breaking ordeal. 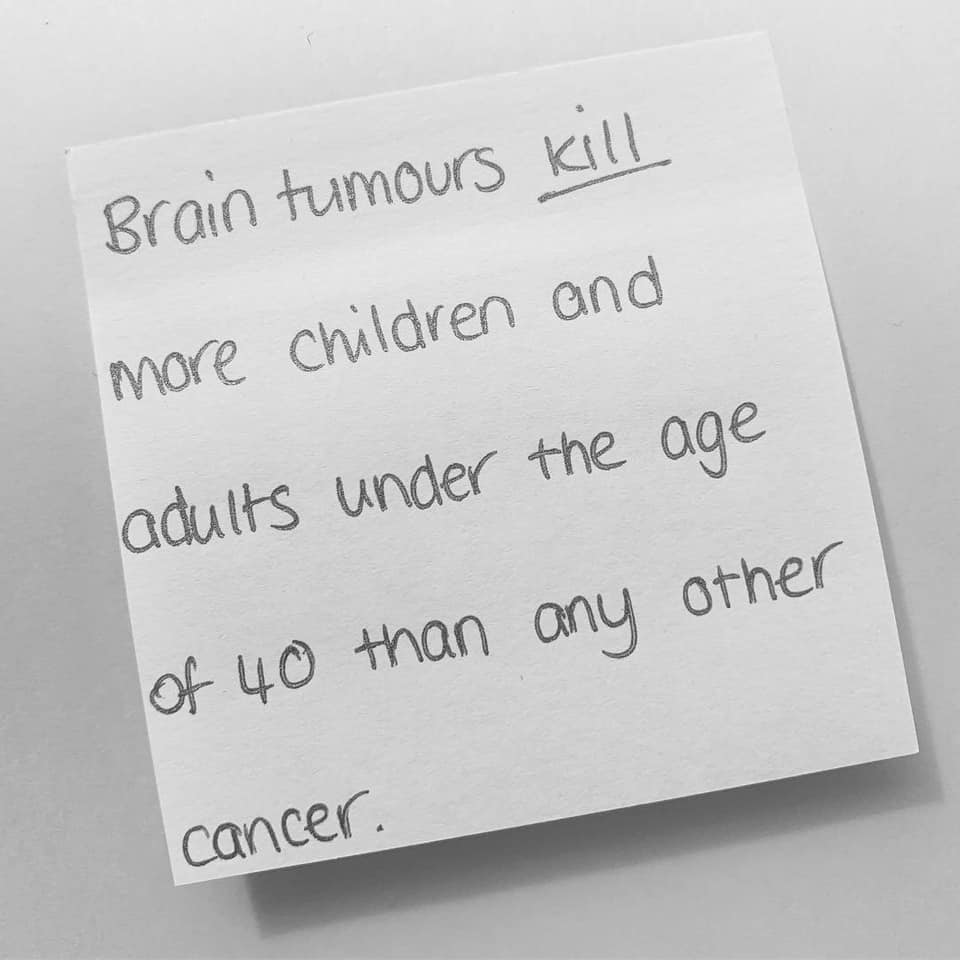 The views or opinions expressed within are not necessarily those of Brain Tumour Research. This content has been shared for information purposes only. Brain Tumour Research does not recommend or endorse any particular treatment. If you have or suspect you may have a health problem, you should consult your doctor or other suitably qualified medical professional. Our member charity  brainstrust can provide additional information on treatment options 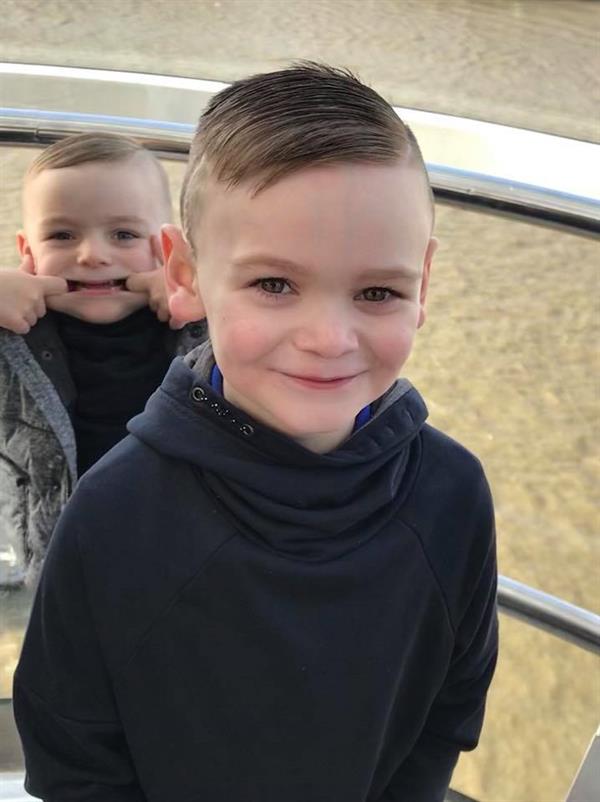