Mum-of-three Catherine Wilcockson had not been feeling herself and was mistakenly prescribed anti-depressants to treat her symptoms. After a couple of episodes of ‘blacking out’ and then a massive seizure in May 2019, it was finally discovered that she had a brain tumour. The 37-year-old from Sheffield has undergone an awake craniotomy, radiotherapy and chemotherapy and, since her recovery, has dedicated herself to fundraising for Brain Tumour Research. Remarkably, Catherine feels like her diagnosis has given her a new lease of life

I was watching my little girl Shani in her school nativity on 10 December 2018, when I suddenly felt like I was having an out-of-body experience. It was as if I was watching the production from a location outside of my body. It was really scary but I managed to pull myself together and focus. After that, I continued to have similar experiences on a daily basis. I hadn’t been feeling right for the previous two years or so. I had a row of dresses I’d bought but never worn hanging in my wardrobe, as I’d cancelled nights out, due to feeling rubbish. One of my friends was suffering from depression and anxiety, so I assumed I had the same thing. I went to see my GP, who agreed that I had a mental illness, and I was prescribed 10mg dosage of citalopram, to be taken daily. 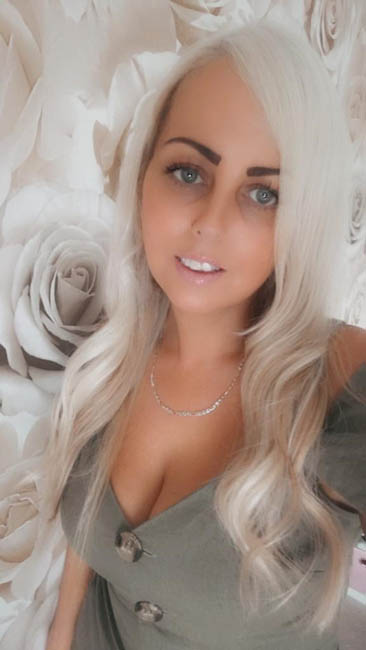 In January I was feeling no better and my medication was upped to 20mg. I had no energy and would go to bed at 6.30 in the evening. Six months after I was first prescribed anti-depressants, on 14 May 2019, I had a massive seizure. My youngest daughter has autism and ADHD and I’d got in bed with her one night, when I had a huge tonic-clonic seizure. I must’ve fallen out of bed because I woke up on the floor with my dad holding me. It later transpired that my 16-year-old daughter Christie had called my parents over when she and Shani found me. Shani was only nine at the time and it must’ve been so worrying for her. My parents called an ambulance and I was taken to Northern General Hospital. I was given a CT scan because they thought I might have sustained a head injury with the fall. I remember asking the doctor whether I might have a brain tumour but he reassured me and said it was very unlikely. Shortly afterwards, with my 19-year-old daughter Tia by my side, the consultant told me they had in fact found a large brain tumour. Weirdly, I wasn’t surprised. Suddenly everything made sense.

“Tia was upset. We both had tears rolling down our cheeks. I was sent straight to Royal Hallamshire Hospital for an MRI scan. I would then have to wait three days for the results and was sent home with anti-seizure medication”.

When the results came through, I was told I had a grade 2 astrocytoma. A few weeks later I was back in hospital for an appointment with my consultant neurosurgeon, Mr Shungu Ushewokunze. He immediately put me at ease. He went through all the risks and said he would attempt to remove as much of the tumour as possible (around 60%).

The really strange thing about my diagnosis is that I’ve always had a feeling that I might have a brain tumour. I was told that the tumour has probably been there for 20 years or so. When I was 15, I lost one of my good friends to an aggressive brain tumour. It was really devastating. I used to think that all brain tumours were deadly. I can’t believe now that my brain tumour may have already been there at the time when she died from the same disease. Knowing I’ve had this tumour all those years is bizarre. It’s affected my personality. I used to be really quiet but that wasn’t me. I was an introvert, who didn’t like speaking. I’m a completely different character now; extrovert, chatty and extremely positive. Finding out I have a brain tumour that can be treated has given me a new lease of life.

“My awake craniotomy was on 18 June 2019. When the date came around, even though I knew I was going to be woken up part-way through the operation, I felt fine.” 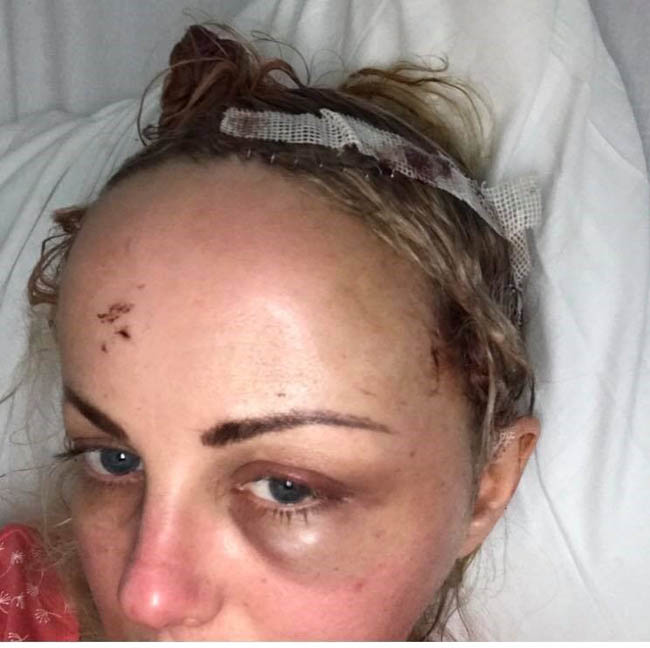 My family were with me as I was about to be wheeled into the operating theatre and they were all crying. I gave them all a kiss and said ‘see you later.’ There were no tears from me. I really wasn’t bothered. I knew the risks; I could wake up and find my speech or my emotions were badly affected but I just said to myself that this was something I had to do and I stayed really positive. I don’t remember much about being woken up during surgery, other than being asked if I could move my feet. 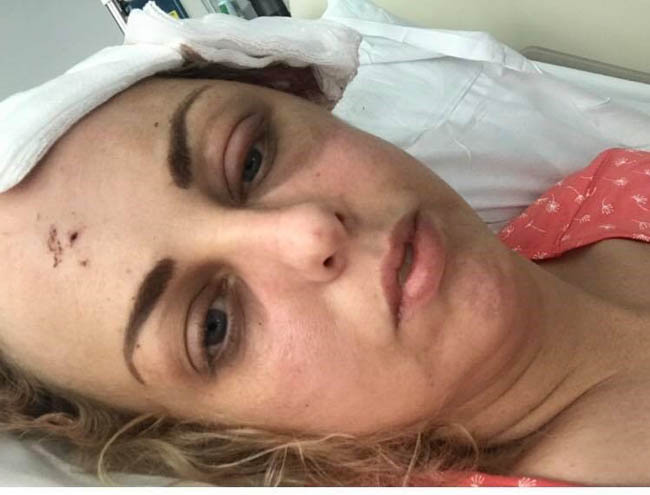 When I came around on the high dependency unit, my daughter saw me with a big bandage on my head and she was terrified; she thought I was going to die. I was completely out of it but apparently, when my surgeon came to see me, I sat up in bed and thanked him! He managed to remove around 85% of the tumour, which was fantastic news. The next morning, I felt back to normal. I was transferred to the ward, where I stayed for a week before being discharged.

“My surgery was followed by six weeks of intense, full brain radiotherapy. I had a total of 30 sessions and generally coped well, other than a bit of swelling and some hair loss.” 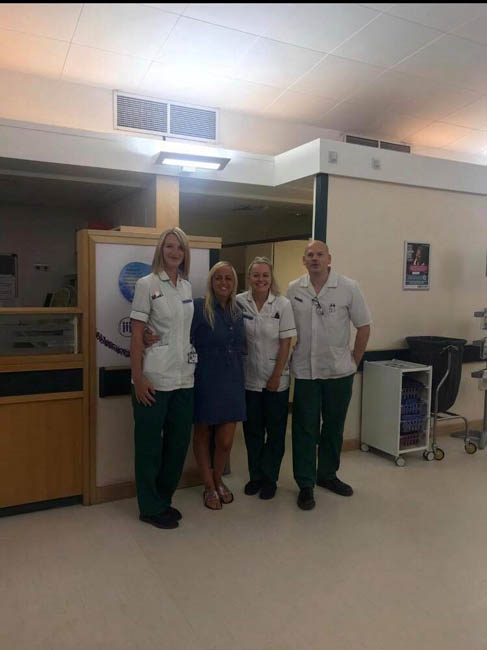 I started chemotherapy on 30 November 2019. The type of chemotherapy had was called 'PCV triple therapy’. It’s a combination of procarbazine, CCNU (lomustine) and vincristine. Procarbazine and lomustine are given in capsule form, whilst vincristine is given via an intravenous drip (IV) at the hospital. I had the option not to go through with chemo but my team strongly advised me to have it, especially as I’d coped so well with the radiotherapy. I coped really well with the treatment and didn’t suffer too badly with side effects, other than some nausea and fatigue. I’m lucky to have a great network of support around me. My friends and family were wonderful throughout my treatment. I managed four out of six rounds of chemo and finished in March 2020. 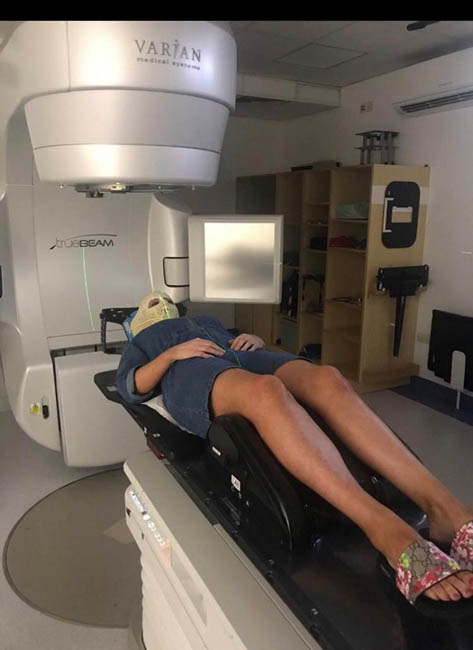 At the beginning of March – on my 37th birthday – I also got some fantastic MRI scan results, which showed that the tumour had shrunk. I was so pleased. I was on three-monthly scans at the time, so the next one was booked for 2 June 2020. The results from that scan came through on Shani’s 10th birthday – 8 June. My consultant, Dr Clinton from Weston Park, rang to let me know I had another set of good results. I’d had an MRI scan on my head, as well as a spectroscopy – a specialist type of MRI scan, which compares the chemical components of healthy and abnormal tissue. She said the results were sent to a top radio-oncologist and confirmed there was just a ‘tiny dot’ of tumour left and that it was still grade 2. They decided to leave it another six months until my next scan, as they were happy that things were stable. 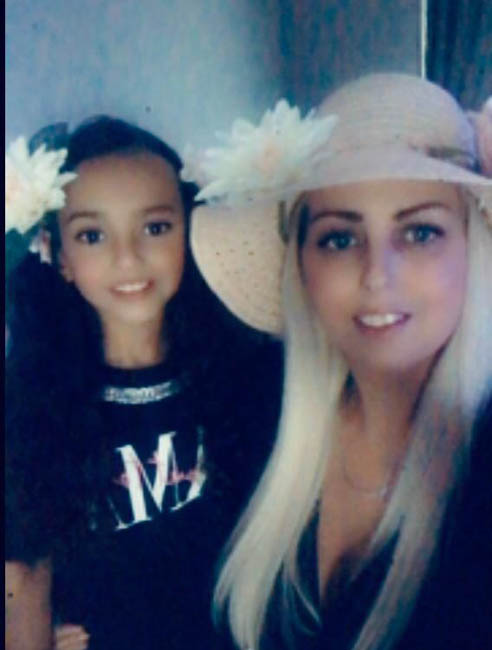 Meanwhile, as the world spun into chaos due to the global COVID-19 pandemic, I managed to stay positive throughout lockdown because of everything I had been through. Life didn’t change too much for me, as I was staying in a lot anyway, still recovering from my treatment.

“Having a brain tumour really puts everything into perspective and I while others around me were panicking, I didn’t fret too much about the virus.”

In August I managed to get away on holiday with Shani, my friend Louise and her two little girls. We booked a last-minute trip to Albufeira in Portugal and had such a good time. It was my first trip abroad since my treatment and I was a little apprehensive about the travelling but I was fine. I’m hoping to be able to do more travelling this year, if the coronavirus situation allows us to. In September 2020 I got my driving license back, which has given me renewed freedom and independence. 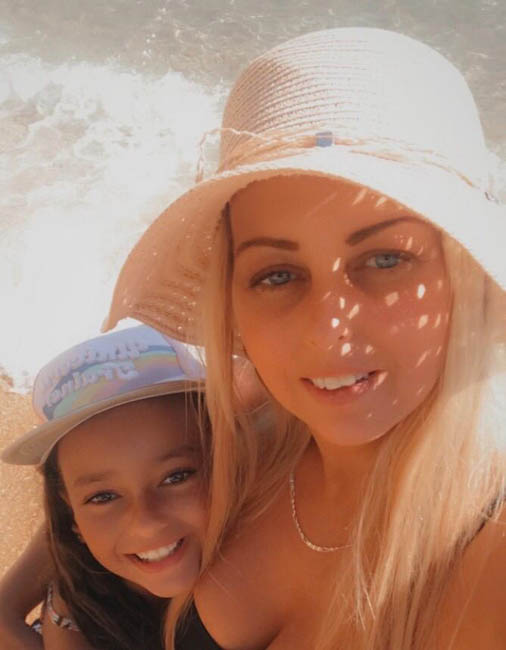 My most recent routine scan was due to take place on 2 December 2020. It was an MR perfusion scan, which meant I was to be given an injection of contrast dye into my arm, to enhance the MRI images. When I got a call the day before to say that my appointment would be delayed because the machine had broken and ‘because of COVID’, I had a bit of a meltdown.

“I was so annoyed and upset. They said it was being rescheduled for January or February, which was really worrying, as this was the first time that I’d gone six months without a scan.”

Thankfully, I got a call just before Christmas asking if I could go in on 23 December, as an appointment had become available. Of course, I jumped at the chance but it still meant that I had to wait until the New Year to get my results. I didn’t enjoy Christmas, as I had this dark cloud hanging over me, waiting to find out if the scan had detected any change to my tumour. Eventually, my results came through on 2 January and it was good news; another stable scan. It meant that whatever else was happening around me, my 2021 had got off to the best start possible and I could continue feeling positive about the future. My next scan is due in June. 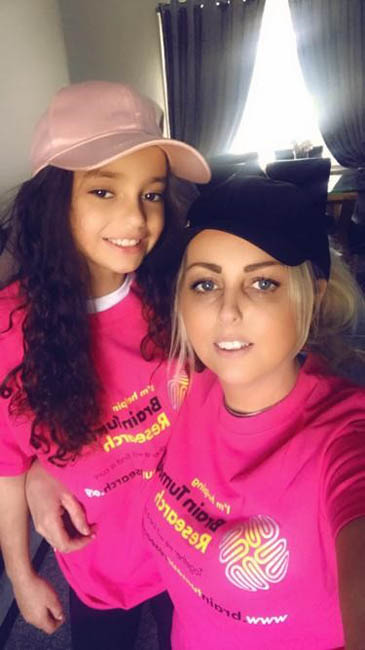 Through my own diagnosis, I was shocked to discover that brain tumours kill more children and adults than any other cancer… yet just 1% of the national spend on cancer research has been allocated to this devastating disease. My neighbour and good friend’s little girl died from a grade 4 glioblastoma multiforme (GBM) in July 2019, just nine months after her diagnosis. She was only five when she passed away. Inspired by her devastating loss and my own experience of having a brain tumour, I’ve set out on a mission to raise as much money as possible for Brain Tumour Research. With the help of my ‘bestie’ Louise, we raffled off a Sheffield United football shirt, signed by the first team. Intake Primary School, where my daughter Shani is a pupil, held a non-uniform day, raising more than £180 and they’ve pledged to take part in Wear a Hat Day in March as well. Before lockdown, Winter Green Carvery in Rotherham ran a Christmas bauble fundraiser, where customers could purchase a decoration to hang on the pub’s Christmas tree for £1, with all funds going to the charity. My friend James did a charity beard shave and I’ve been distributing collection tins all over the city. 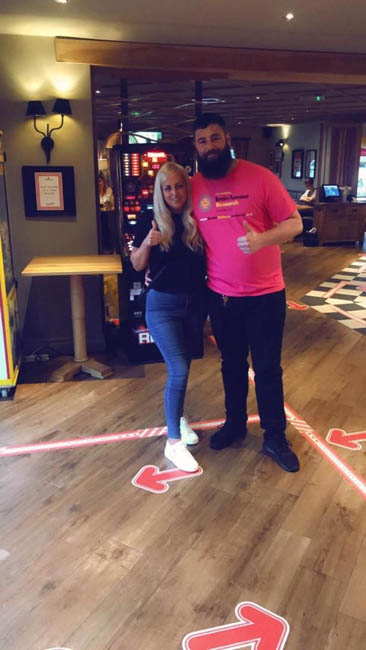 We’ve got so much more in the pipeline. I recently made Shani’s dreams come true, when I got a horse called Lulu. I am hoping to organise a charity ride in March, restrictions-permitting. I have a great community around me at Ken Swain’s Stables in Killamarsh, who are keen to get involved and help with sponsorship. I’ve been through something so big, I feel like I just want to give something back and help others facing the same diagnosis. I’ve been told my tumour is likely to grow back again in the future but research give me options and while I’ve got options, I’ve got hope. 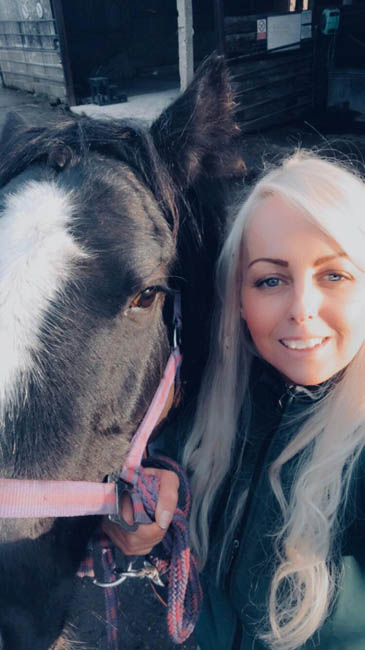 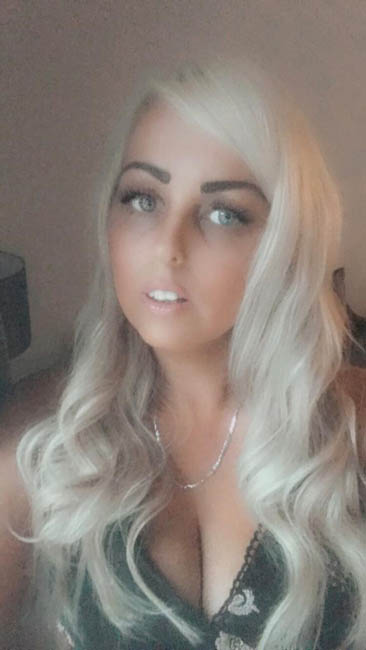