It took four months of headaches gradually getting worse before Catherine was finally diagnosed. One day she had such blinding pain on the left side of her head that her husband called an ambulance and she was taken to A&E. Catherine was given a CT scan, leading to the discovery that she had a brain tumour, which later turned out to be a glioblastoma multiforme (GBM).

I work in graphic design as a production quality controller in Milton Keynes. In my spare time, I’m also a level 2 trampoline coach at a local club in Northampton.

My parents moved to Milton Keynes when I was little and, although I now live in Northampton, I still view myself as a Milton Keynes girl.

I have always loved music, having been brought up in a home where music was an important part of our lives. Dad has played the guitar for most of his life and Mum learnt to play the piano and recorder. I started to learn the keyboard at a young age, and later the flute, before buying a drum kit at the end of my first year at university.

Trampolining has also been a passion of mine and in the last few years I have taken courses to become a trampoline coach, finishing just five days before the first coronavirus pandemic lockdown.

It was back in February last year that I started having dull headaches that wouldn’t go away. I had never really suffered with headaches in the past. We were still in the office before the coronavirus pandemic forced us to work from home and I thought maybe I was dehydrated or needed some fresh air. I wasn’t really concerned.

A couple of weeks after we were told to start working from home, I was aware one day of being able to hear my heartbeat throbbing in my left ear. Mum encouraged me to contact the GP. I was diagnosed with an ear infection and put on antibiotics for a couple of weeks. It seemed to improve my symptoms initially, but after a few days the headaches were back.

I rang the surgery and spoke to a different GP who told me it sounded like tension headaches. I was given amitriptyline tablets which I started on a low dose, increasing to a higher dose as the headaches got worse. 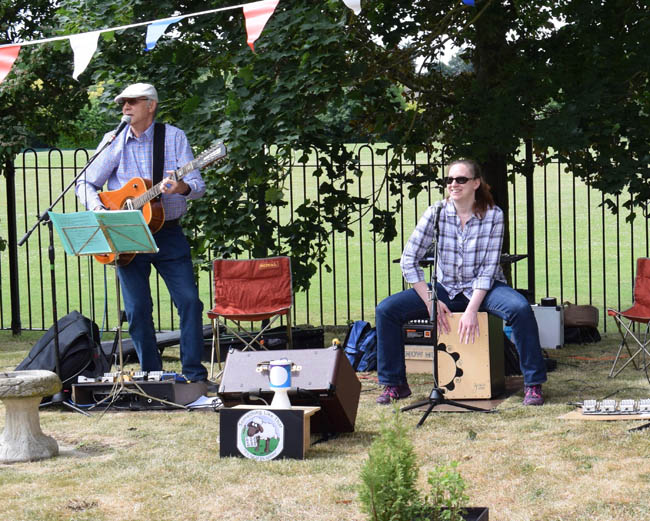 By mid-May 2020, the pain on the left-side of the front of my head between my ear and my eye was quite significant. It came and went but was worse than before. I even managed to get a face-to-face appointment with a GP - very rare during the pandemic when most appointments were on the phone – and was again told I was suffering with tension headaches. I was given strong painkillers, but they did absolutely nothing.

On Friday 12 June, I was making some lunch in between working from home.

“I suddenly had blinding pain in my head and had to sit down. Tears rolled down my face. The pain was so indescribably awful that I couldn’t move for about 15 minutes.”

My husband, who was also working from home because of the pandemic, told me that if it happened again that day, he would call an ambulance. He was really concerned.

At 5.30pm, I finished working, switched off my computer and bent down to turn the socket off. Once again, I experienced blinding pain and couldn’t move. Unable to get an answer out of me, my husband called for an ambulance. By 6pm, paramedics from St John Ambulance had arrived and were checking my heartbeat, blood pressure and getting me to follow a finger with my eyes. They told me I didn’t look well and were taking me to A&E at Northampton General Hospital.

My husband followed in the car, but wasn’t allowed in. He made a call to let my parents know what was happening.

I had bloods taken and was really struggling because my head was hurting so much, not helped by the extremely bright hospital lights.

I was asked whether the GP had ever sent me for a CT scan and because they hadn’t, I was walked up to have one and then escorted back to a comfy seat. Someone came to ask me whether anyone was here with me and I explained my husband was in the car park. A member of staff went to meet him and showed him into a side room. We were told that it wasn’t good news. They had found a brain tumour and were already on the phone to the John Radcliffe Hospital (JR) in Oxford to get me transferred there as soon as possible.

“It was something of a relief to know that there was an explanation for my excruciating pain.” 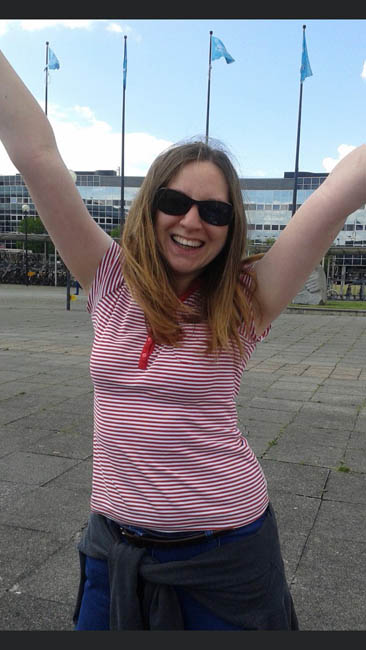 As it was around midnight or later by then, my husband told me to ring my parents, but I didn’t want to worry them. He let me know he had already spoken to them when I first arrived and knew they would be worrying and waiting for an update.

I was taken to Oxford in an ambulance and the journey, with me lying down and facing backwards from the direction of travel, made me feel very ill. We arrived at the JR at 5.15am and I was admitted to the High Dependency Unit (HDU). Before I had even settled in, I was taken to have an MRI scan.

I was put on steroids to reduce a build-up of pressure within my skull and this helped alleviate the pain. I was also put on another drug to protect my stomach and on anti-seizure tablets which I am still on, even though I have never had a seizure.

My husband went home to pack me a bag and brought it into reception, but wasn’t allowed to see me because of the pandemic restrictions. He had remembered everything except for my hairbrush!

“The senior consultant and his surgical team came to see me to show me my MRI, which was fascinating. I could see the tumour which looked like a squashed ping-pong ball and was 5cm in size. At this stage, they had no idea what kind of tumour we were dealing with.”

By Sunday, because I was responding well, I was moved into a side room on my own with an ensuite bathroom. It was lovely and so much quieter than the four-bedded ward I had previously been in.

On Tuesday 16 June, I was able to go home, having been told I wouldn’t be having surgery for a couple of weeks. I was told not to do too much, but I was desperate for fresh air. In the hospital I hadn’t been allowed outside, so had been walking up and down the corridor and opening a window in my room.

In the end, I had to wait for three weeks for my surgery. It was hard being at home as I desperately wanted to get the operation part of my treatment over and done with.

On 7 July I returned to the JR for pre-op checks which included an ECG and MRI scan. Strangely I wasn’t scared about having surgery the following day because I felt I was in the best hands as the JR has a good reputation for neurosurgery.

I was wheeled down to the operating theatre at 9.30am on 8 July and came round post-op around 2.40pm. The neurosurgeon came to see me and checked my limbs were working properly and that I could wiggle my toes.

The following day he came again to let me know that the surgery had been successful in removing most of the tumour with just a small amount of residual tumour left because it was too risky to remove further tumour cells. I had another MRI scan the following day for the surgeons to review and ensure they were happy with the results, which they were so I was discharged. I was so happy to be going home. 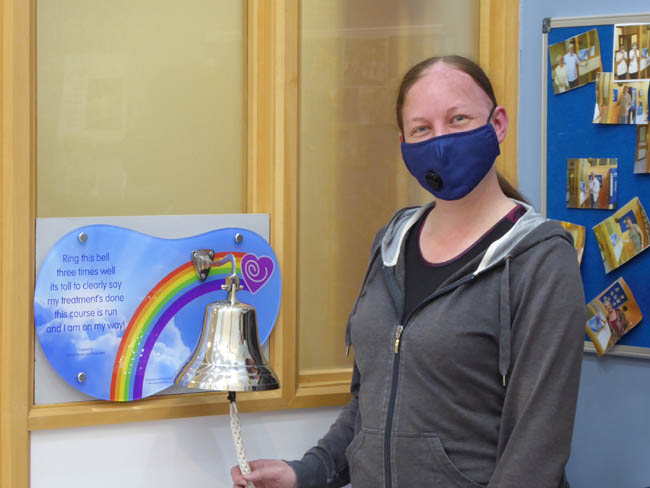 On 23 July, I received the results of the biopsy – the tumour was a grade 4 glioblastoma multiforme (GBM), which is what had been suspected. It was crazy to know that such an aggressive tumour had been in my head, pushing against my brain. I was glad that most of it had finally been removed.

I started a six-week course of radiotherapy along with temozolomide chemotherapy, which is in tablet form, in late August. As I wasn’t allowed to drive following brain surgery, my husband had to drive me to Northampton General Hospital every day and sit in the car while I had my treatment. Fortunately, I tolerated the treatment well and didn’t feel really ill, although it did affect my appetite sometimes.

I completed the treatment in early October and celebrated by going out for a meal. I was back at work on 12 October, only working four hours for the first few weeks, before building up to full days by December.

At the beginning of November, I started more aggressive chemotherapy. In December, when I was put on the full dosage of chemo, it really affected my platelet and neutrophil levels so it was recommended I stopped the chemotherapy treatment. 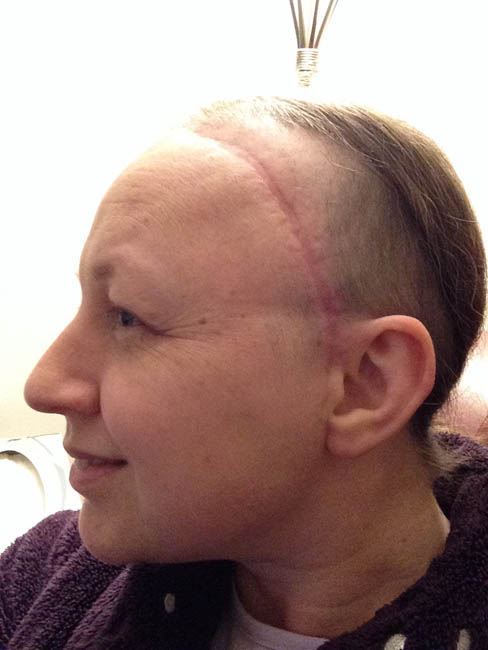 On 4 January 2021, I underwent an MRI scan and when I got the results it was great to hear that the residual tumour had shrunk by 14mm and my next three-monthly scan just after Easter showed further shrinkage of around 2mm.

With coronavirus restrictions being relaxed, I was able to go back to coaching from 12 April and trampolining for adult classes began after 17 May. It’s been amazing to get back on the trampoline and bounce again!

I am also happy to say that I only ended up having four months off work, which was great for me as it’s something for me to focus on and lovely to have that feeling of normality. I can’t wait to be allowed to drive again and get back the last bit of my independence.

“I know the survival prognosis is bleak for GBM – typically 12 to 15 months, but it’s generally found in people quite a lot older than me and so stats aren’t so relevant to someone my age. But it’s hard to process the information as I lost a cousin to a brain tumour around 11 years ago and my cousin’s father back in 2002.” 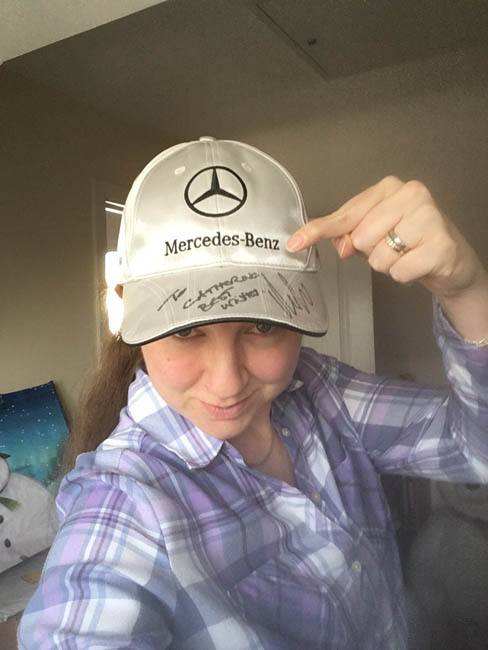 I am telling my story to raise awareness and signed Brain Tumour Research’s petition because I think the underfunding of research into this disease is so terrible. I was also very happy that my work colleagues joined me in the fun of Wear A Hat Day 2021 – it made for a really enjoyable virtual team meeting. 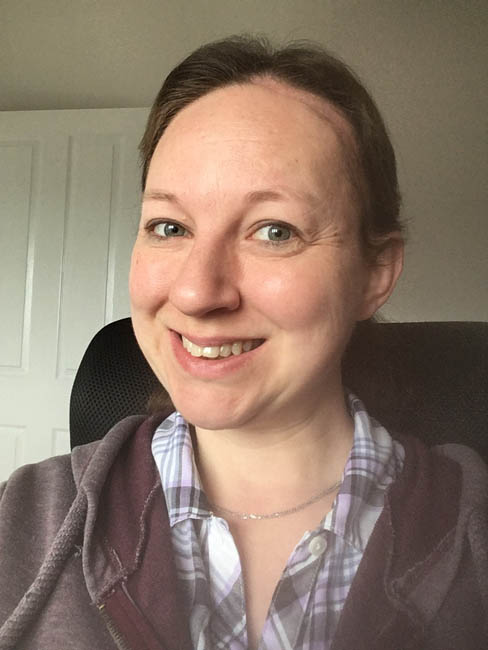