Shortly after landing her dream job and marrying her childhood sweetheart, Carly from Chippenham in Wiltshire, suffered a seizure out-of-the-blue. A series of tests and scans revealed the devastating news of a mass on her brain and in January 2018 she had surgery to remove a low-grade oligodendroglioma. Since her diagnosis, Carly has excelled in her career and travelled the world with her husband, Kris. In August 2021, the couple welcomed their first child and in the same month they will celebrate their daughter’s first birthday, Carly is preparing for a second operation to remove regrowth of her tumour.

Here is Carly’s story…In May 2017, I had just celebrated my 30th birthday and had recently married my childhood sweetheart, Kris, who I had met at school. Living in Chippenham, where I was born and raised, I was working for a great company, as a national account manager, and I loved my job. Things were going well and I certainly had no symptoms or indication that I was living with a large brain tumour. 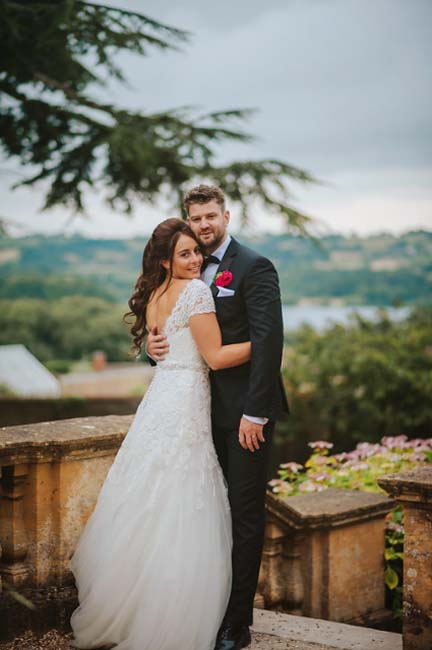 I have always been a social person and enjoyed going out with friends, meeting new people, shopping and generally being out and about. Travelling is another interest of mine and something that we had to put on hold until after my diagnosis.

In September 2017, I had a seizure out-of-the-blue whilst at home. I don’t remember anything of the episode itself, just waking up. It felt like a bad dream.

“Kris said it looked like I was sleepwalking and that I fell to the ground before the seizure began.”

Next thing, an ambulance was called and I was taken to the A&E department at the Royal United Hospital in Bath. When I came round, I had no idea what had happened. The medical staff ran some initial tests – which all came back fine – so I was allowed back home after a few hours. I was told I couldn’t drive for the foreseeable future but, to be honest, this was the least of my worries. The next step was an MRI scan. Fortunately, private health care through work meant I had to wait just a few days rather than the four weeks it would have been on the NHS.

As I had previously had no other symptoms, the consultant was quite confident that there was nothing to worry about. He said that one-off seizures could be caused by stress and fatigue and he thought perhaps I had been working too hard. Despite his words, I knew that I didn’t feel abnormally stressed or tired and, deep down, I felt something was wrong.

When the MRI scan results came through, I knew it was bad news. I received a text asking me to see my doctor immediately. I didn’t feel confident going into that appointment and, as he delivered the news, that the scan had shown a large tumour on the left-hand side of my brain, I got very upset.

In October 2017, I was referred to Southmead Hospital, where I saw the clinical lead of neurosurgery, Mr Iyer, who thought my tumour was a glioma but couldn’t confirm exactly what type it was. He also thought it was low-grade. He told me not to Google it. He said that he would not push me to have surgery but as the tumour was on the left-hand side of my brain – which affects speech and movement – he would recommend it in one to two years’ time. I was put on medication to reduce the risk of another seizure and I tried to regain a bit of normality in my life. Although I had listened to my doctor’s advice, I was adamant I wanted surgery immediately. I was given time to think about it, but my decision was already made.

In January 2018, I had an awake craniotomy to remove my tumour. I had to be awake during the surgery so the parts of my brain that controlled speech and movement could be tested throughout. I was shown simple pictures and had to identify what the picture was showing and how two images were related – which was testing different areas of my brain. Though I had a number of pre-ops beforehand, the whole thing was pretty daunting. I was grateful to have been put in touch with a man who had already had the surgery, and he gave me a good idea of what to expect during the operation. 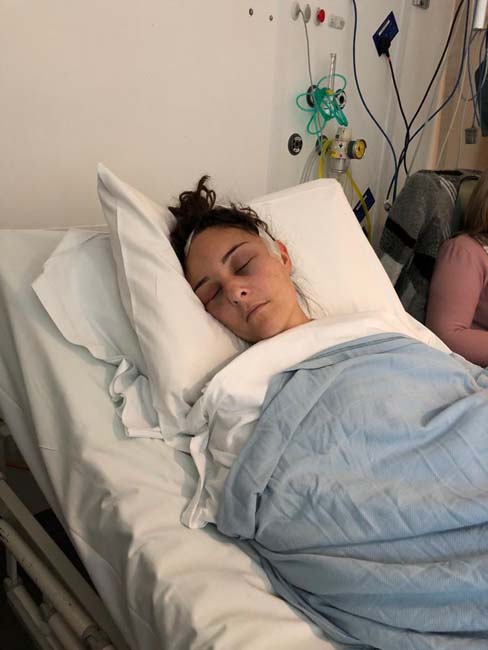 The surgery itself lasted 13 hours – one of the longest operations of its type the surgeons had performed. I can’t remember much of it, but fortunately most of the tumour was removed. Although my speech was badly affected afterwards, it only took about two weeks to come back. The doctors were surprised at how quickly I recovered; they expected me to make a full recovery but thought that it could possibly take about a year to get back to good health.

During this time, my family were so supportive. My sister, Lindsay Monnery, my parents, Sue and Ian, and my husband Kris refused to leave my side. It was nice having my parents and Kris drive me to the hospital – the chats we had in the car were a good emotional release. Six weeks after surgery, I was finally diagnosed with a subtype of glioma referred to as an oligodendroglioma. Though this is less common than other tumour types, it is more predictable in its behaviour. 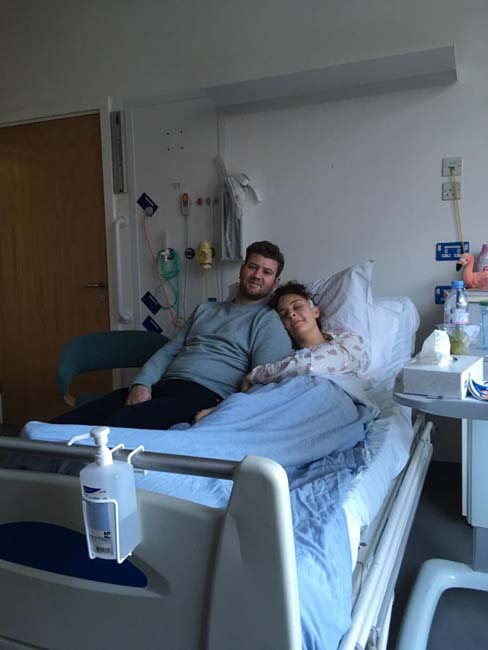 After fully recovering from my surgery, I was able to return to my job and gradually worked my way back into a daily routine. I was monitored with an MRI scan every six months and then annually after a series of stable results.

Living with a brain tumour can be emotionally draining, especially when you are told that they can return. Waiting for scan results always brings with it apprehension, and Kris says that he can tell when I am anxious, even when I am not overtly showing it. It has taken some time, but I now feel that I have dealt with the emotional effects of my diagnosis.

Although during almost every medical appointment doctors would mention starting a family, I never felt pressured – despite living with a brain tumour.

I was told my surgery in 2018 wouldn’t impact my fertility however, I opted to have no further treatment because Kris and I knew we did want to have children one day. I was in two minds whether we should try for a baby after my surgery or wait as we didn’t want to do it for the wrong reasons or feel rushed. We decided to wait and not let my diagnosis dictate when we would start a family.

Over the last four and a half years the tumour has remained stable and in that time I have joined my local Crossfit gym which has helped me stay fit and healthy. Kris and I have had some amazing trips and travelled across the world to places as far as Sri Lanka, Maldives and Barbados. This also included our delayed honeymoon to South Africa. 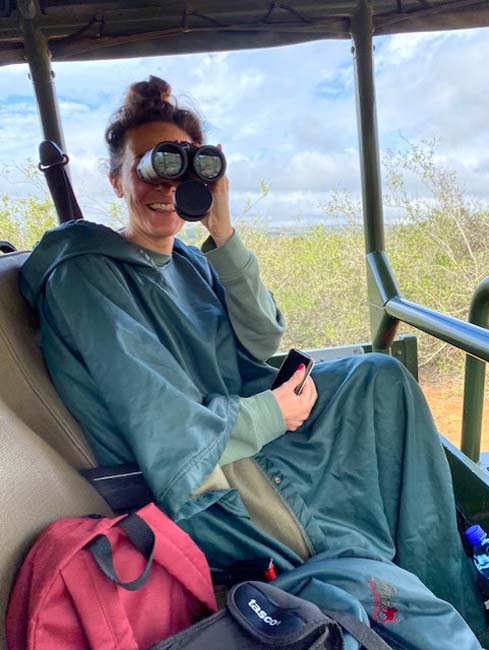 In August 2021, Kris and I welcomed our daughter, Ivy, to the world and I can’t believe that she will be turning one next month. I found that reading stories from brain tumour patients in a similar situation to mine, encouraging. My pregnancy was ‘normal’, however because there isn’t much information on how pregnancy can affect this type of tumour, I was scanned more regularly, with positive results each time. 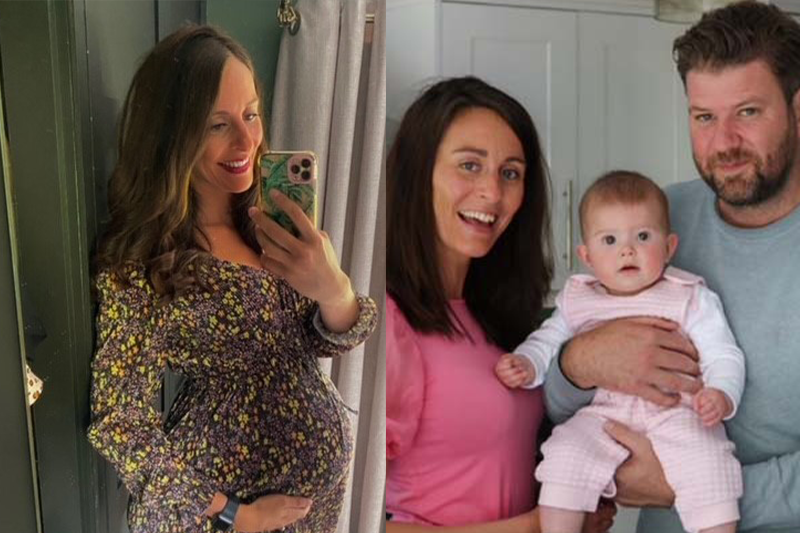 At the beginning of my diagnosis, I was recommended that although my tumour was a grade 2, it could progress to become cancerous and I would need further treatment. Due to the slow-growing nature of the tumour, recent scans have showed very slight re-growth and as a diffused tumour, I will need radiotherapy and chemotherapy to treat remaining cells.

With anything that people go through, not just brain tumours, you experience a mix of emotions. I’ve had anxiety about my illness and have gone through the inevitable ups-and-downs, but there are many positives I can take from my situation. At least the doctors know what type of tumour I have and that it is low-grade. At least I made a full recovery after my first surgery and I know there are treatment options available after my next surgery.

“Although brain tumours can be unpredictable, I have always felt like I have made the right decision with the information I have been given.”

I first heard about Brain Tumour Research during my recovery in hospital after my first  surgery. After being handed a leaflet, I read more about the charity and became increasingly aware of the lack of funding there is for research into the disease. I also wanted to share my story as I think it will inspire others who are living with a brain tumour.

Since being diagnosed, I have supported other young patients living with low-grade brain tumours through meet-ups and offering peer support to answer questions they might feel more comfortable asking a patient rather than doctor.

I will continue to work with the charity, sharing my story and fundraising in the hope that one day we can find a cure. 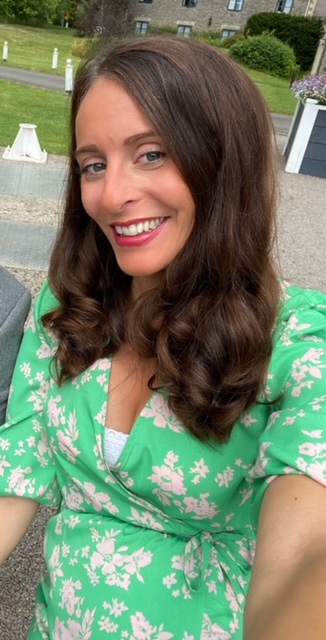