Mother-of-two, Carlie Buchanan, from Grove in Oxfordshire found a lump on her breast in December 2018, and months later was diagnosed with an aggressive form of breast cancer. Carlie entered 2020 with optimism after undergoing a year of treatment for her breast cancer, however, as 2020 came to an end, she began experiencing new symptoms and in February 2021, Carlie was diagnosed with secondary cancer of the brain. With the support of her family and sister Jasmine, Carlie is determined to raise awareness and fundraise to help find a cure for brain tumours.

I noticed a lump in my breast during Christmas 2018 and didn’t tell anyone or get it checked until the New Year. Doctors thought I had mastitis and I was given antibiotics. When the swelling didn’t go down, my sister, Jas, took me to A&E at John Radcliffe Hospital (JR) in Oxford.

A biopsy showed I had inflammatory breast cancer and in March 2019, I had 21 rounds of chemotherapy and three weeks of radiotherapy followed by a mastectomy in September that year. 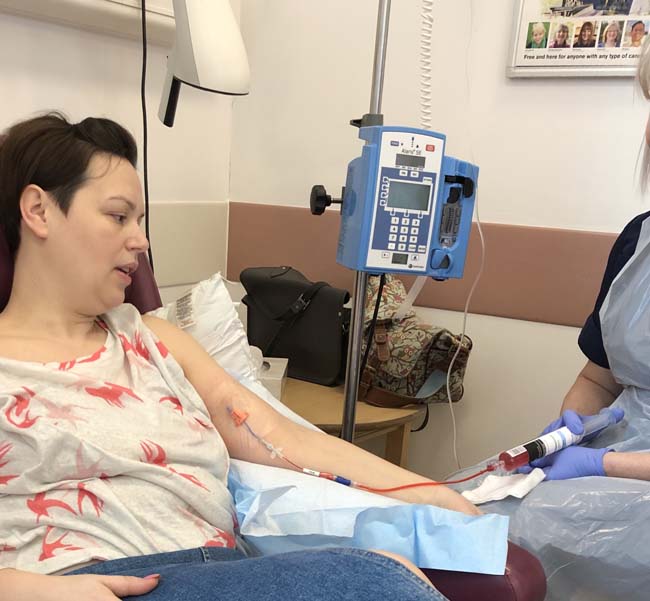 I went into 2020 thinking that the worst had happened, and I was feeling good about the year ahead, then, the pandemic happened.

As the year was ending, Jas and I began a new routine of walking together during lunchtime and I started to get headaches, which was unusual for me. As we entered 2021, they began to get worse and whenever I turned my head or moved suddenly, I felt like someone had hit me in the head with a wooden plank. When it caused me to stop and take a sharp breath in, Jas encouraged me to get it checked out. 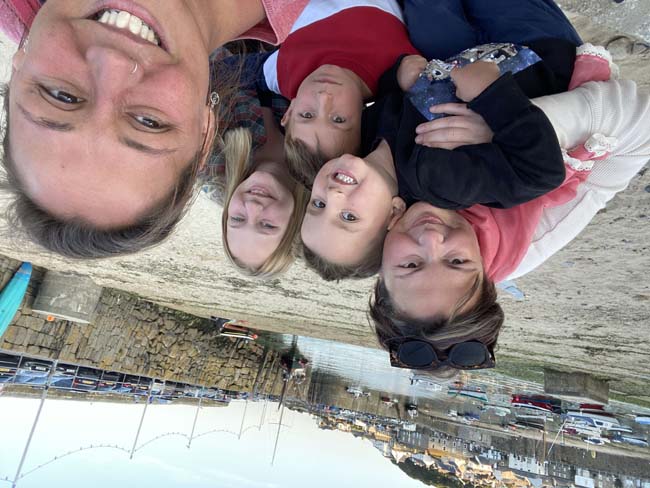 In February I drove to my GP, who greeted me outside, as COVID-19 restrictions were still in place. She referred me to the hospital and told me not to drive for risk I could have a seizure.

Jas picked me up and drove me to the JR and I was scanned straight away. They told me they had found a tumour on my brain, and that I would need to stay overnight to have further investigations. I was put on steroids to reduce the swelling in my head.

“It felt like an out-of-body experience. I was in a room by myself and had just been told I had a brain tumour. All I wanted to know was the prognosis and my options for treatment.”

Four months later I had brain surgery at Churchill Hospital in Oxford, during which surgeons removed the whole tumour. In the meantime, due to my high risk of having seizures, my husband John and two children, Ewan, eight, Louis, five, and I, went to stay with Jas and her daughter, Eva, who is 13. This was because I needed support with recovery and my young children, as John needed to continue to work to support us financially. Having the cousins altogether was important for the children too, so they could live with as little disruption as possible. 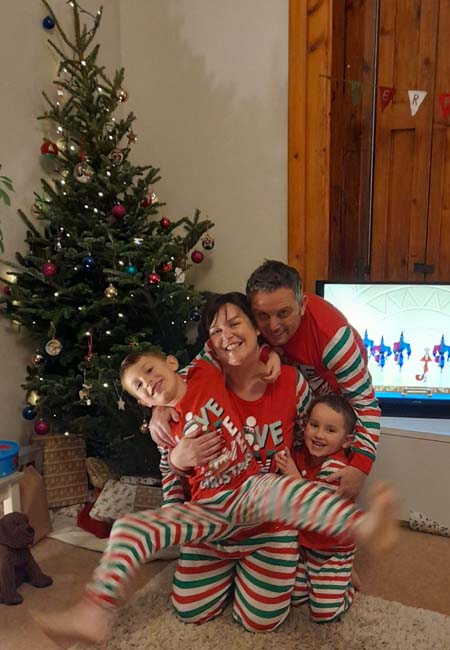 Post-surgery, I spent five days in hospital and a week at my sister’s. When I came round from the operation, I felt normal. I didn’t have pain compared to my treatment for breast cancer. At the point I was discharged, the medical team was confident they had removed all traces of the tumour and I would have a checkup in three months’ time.

I wanted to know and understand for myself that I was cancer free and so for my scan in September, I really had to push for a full body scan – it’s something I needed for my own piece of mind.

The CT scan showed my body was clear, however I had to wait two months for the scan of my brain to be reviewed. I agreed with the nurse at the time that they could deliver the results to me over the phone, as it was often easier than travelling to the hospital and meant I could get the results quicker.

On 23 December I had a call to say they had found something on my brain scan and was invited back to Churchill Hospital for further tests and scans on Christmas Eve.

“The oncologist reviewed the scans and told me there had been tumour growth on my brain from the scan in September and I was recommended for radiotherapy which began shortly after.”

I am of the firm opinion that some cells remained in my body after the operation and radiotherapy was the only option as they were too tiny to remove.

My motto throughout all of this has been: ‘it’s crap, but it is what it is’ and I think that’s why I didn’t stop working throughout my diagnosis, treatment and recovery. I’m the general manager at Saddleback Farm Shop in Brightwalton, Newbury and even when classified as clinically vulnerable throughout most of 2020, I still worked whichever way I could.

My next scan is due in April, and this time round I have taken time away from my busy working life to allow my body to process what it’s been through over the last three years.

I’m noticing the longer-term side effects that my cancer and treatment has had on my body. I have a tremor on my left side which can spasm more than 10 times a day, I find problem solving much more difficult and sometimes my speech is slurred.

I can’t even begin to think what this experience would have been like without the support of my family, including my sister, Jas. Together we have decided we want to do something to help other people who may have received their own diagnosis and so I set up a Facebook page to blog about my experience of living with secondary brain cancer. 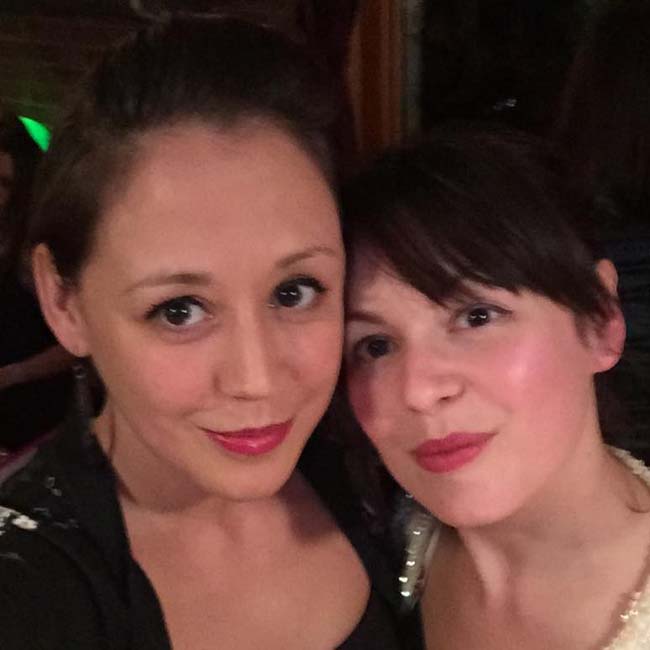 We’ve pledged to fundraise £27,400 before 31 December 2022 so we can fund 10 days of research at one of the charity’s Centres of Excellence.

So far, we have almost 100 people supporting us by taking part in coffee mornings, football tournaments, quizzes, and race nights. We’re busy finalising details for a camping event taking place in July and alongside all this planning we are both training for the Oxford Half Marathon in October. 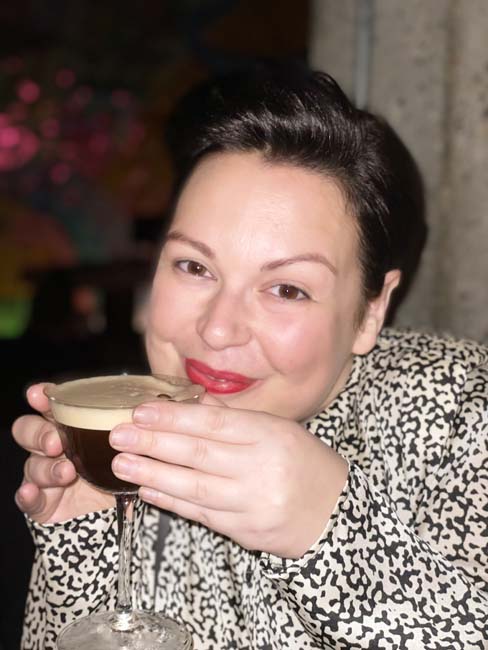