Yardley schoolboy Bobby Humphries was two years old when he was diagnosed with a large brain tumour. He underwent life-threatening surgery and chemotherapy when just a toddler. Sadly, Bobby’s tumour recurred and he had to go through another 18 months of chemotherapy. Now six, Bobby, a keen Birmingham City Football Club fan, has recently started the new school year and his parents Georgina and Aaron are taking each day as it comes.

Here is Bobby’s story, as told by his mum Georgina…

In his short life, Bobby has already gone through so much. Aged six, he has faced surgery and two rounds of chemotherapy to treat his brain tumour, which was first diagnosed when he was two and reocurred in November 2017.

The location of Bobby’s tumour, in his right frontal lobe, means it would be impossible to completely remove by surgery. The doctors are positive about Bobby’s future but have always been very clear that because of his age, the tumour could grow again, meaning he would require even more treatment. It’s a constant worry.

Bobby finished his 18-month course of chemotherapy in August 2019 and it was moving to see him back to St Thomas More Primary School in Birmingham at the start of September. He’s had fantastic support from his teachers and classmates and even during treatment his attendance was great; he’d have chemotherapy in the morning and make it to school for the afternoons.

We’ve had lots of support from Bobby’s beloved Birmingham City Football Club, who heard about his story through social media. They presented Bobby with a season ticket, invited us for a tour of the ground, he’s met the team and loved getting a picture with his favourite player Lukas Jutkiewicz. 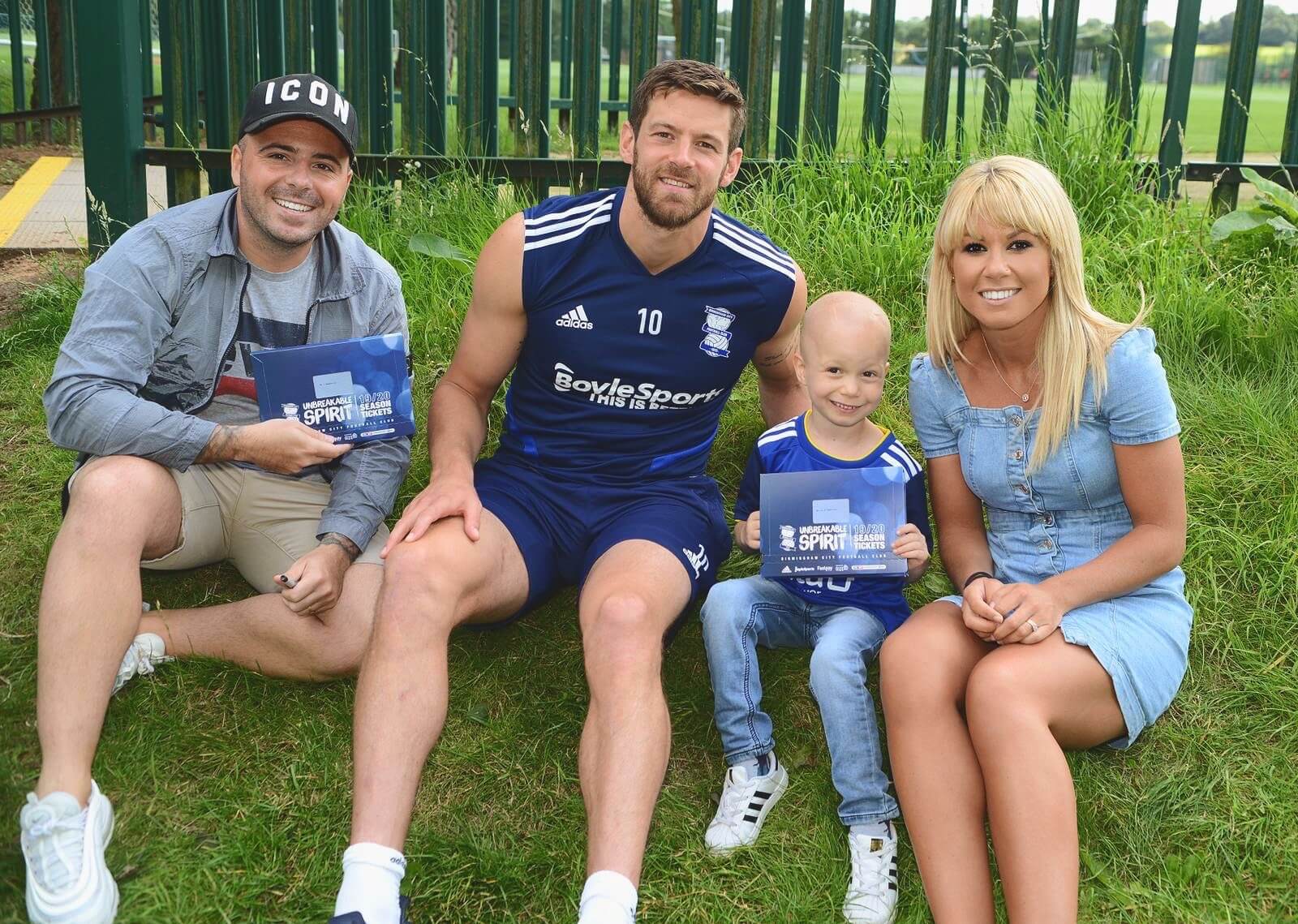 Bobby was just a toddler when his symptoms began, in 2015, and it took us a long time to get a diagnosis. He presented with headaches and vomited up to 20 times a week while at nursery.

We took Bobby to our GP in Bordesley Green and were told that he probably had acid reflux. However, over the coming weeks he deteriorated and by October 2015, he fell unconscious. Terrified, we rushed him to Heartlands Hospital in Bordesley Green, and he would have moments of consciousness where he would suffer seizures, before falling unconscious again.

“A CT scan revealed that Bobby was suffering a haemorrhage and the cause was a large brain tumour. I remember feeling very numb and I didn’t understand the severity of his illness.”

Bobby was transferred to a high-dependency unit at Birmingham Children’s Hospital, where he had further scans and a number of operations to drain the fluid on his brain and debulk the tumour. Aaron and I had to sign a consent form which highlighted the risks of surgery. It could have left Bobby with irreversible symptoms; there was also a chance he could die. That was frightening and a moment I will never forget. 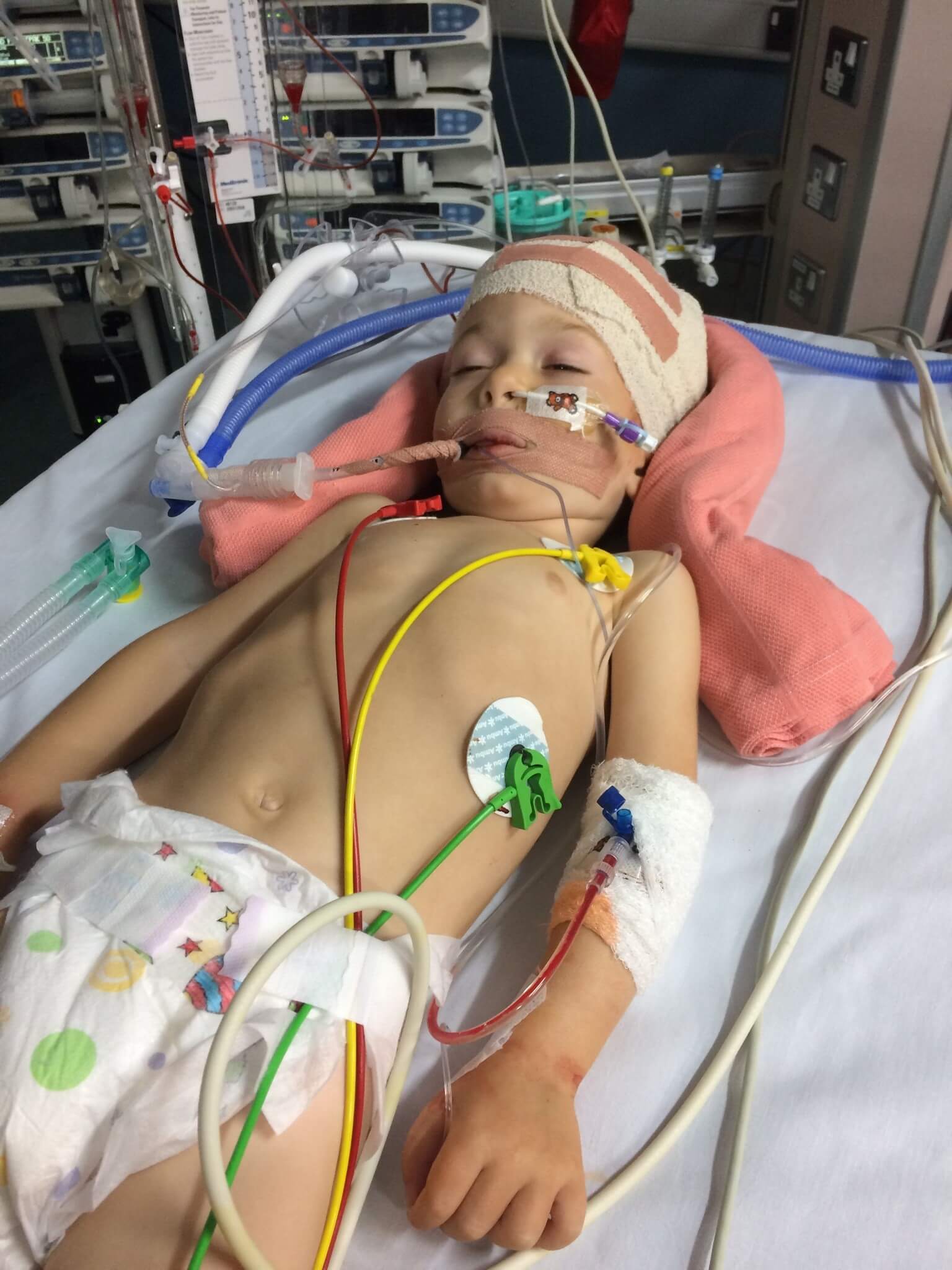 The tumour was confirmed as a low-grade glioma and after two months’ recovery, he had an 18-month course of chemotherapy. The treatment had a horrible effect on Bobby and he was often sick. He struggled to get enough food down him and he was fitted with a nasogastric feeding tube. He lost his beautiful blonde hair and was very weak.

The treatment stabilised Bobby’s tumour but by November 2017 it had started to grow again. I was devastated and felt as if we were back at square one; he needed another 18-month course of chemotherapy.

“Learning about the potential side-effects of the chemotherapy was devastating: Bobby could become infertile and he could go deaf. I dreaded to think about how Bobby would lose his hair again and I knew that would upset him too.”

Despite everything we’ve been through, one massive positive has been marrying Aaron. We decided to tie the knot before Bobby fell ill and after much deliberation, we went ahead with the big day in the summer of 2016. It was a ray of sunshine during such a devastating time; Bobby was a page boy and he looked adorable. It was a very special day and a chance for us to forget about the trauma we had been through. 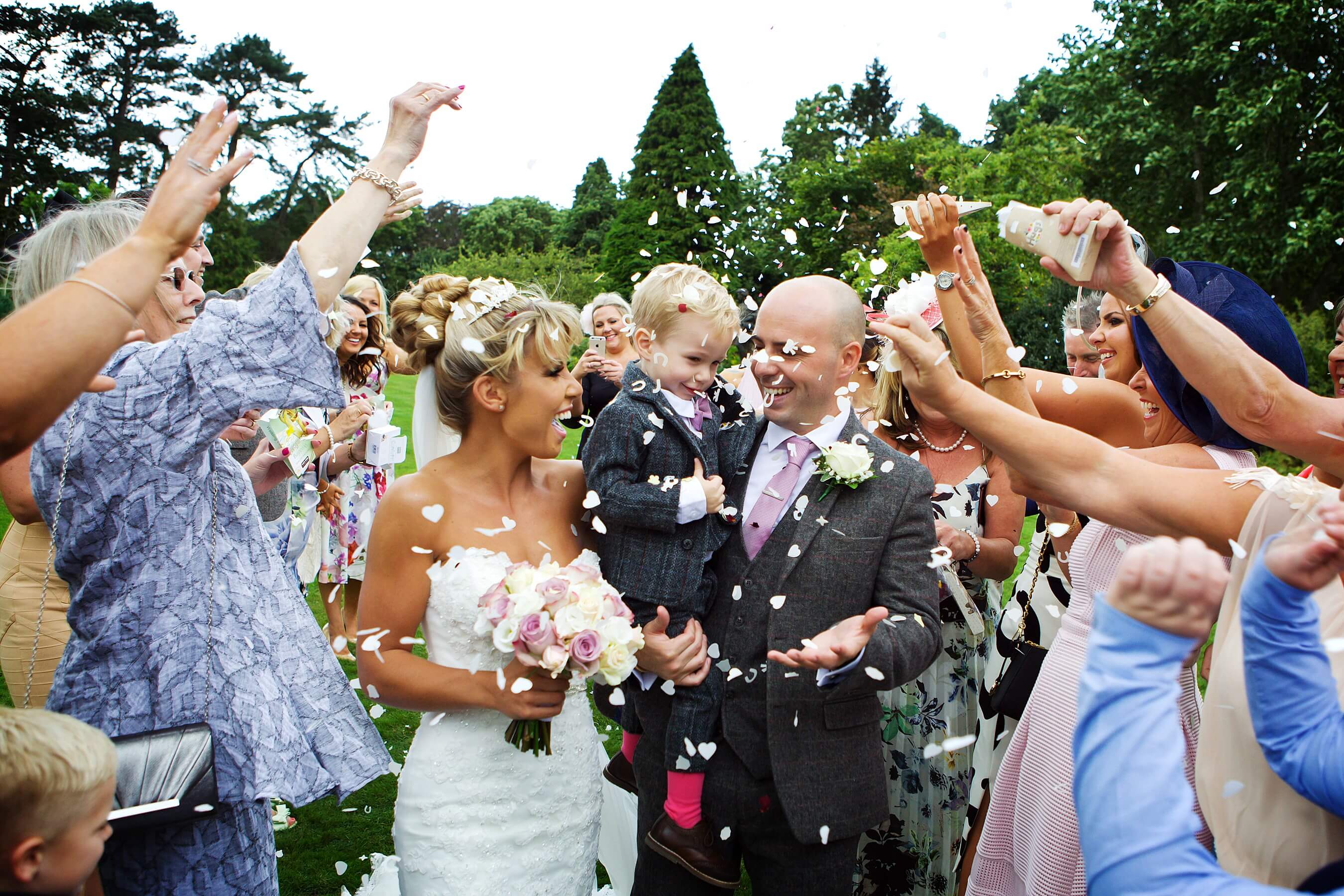 “Bobby’s diagnosis was terrifying for us all but we tried to make the most of the difficult days.”

I’m feeling apprehensive about Bobby’s follow-up scan on 23 September and I desperately hope his tumour has remained stable. I can’t bear the thought of it showing a change in the tumour and Bobby having to undergo even more gruelling treatment. I’m reassured that he hasn’t being suffering from any symptoms but have learned to take each day as it comes.

I’m determined to raise awareness of this dreadful disease to try and prevent other parents going through the heart-break that we have and I hope some positive can come from our ordeal by doing so. 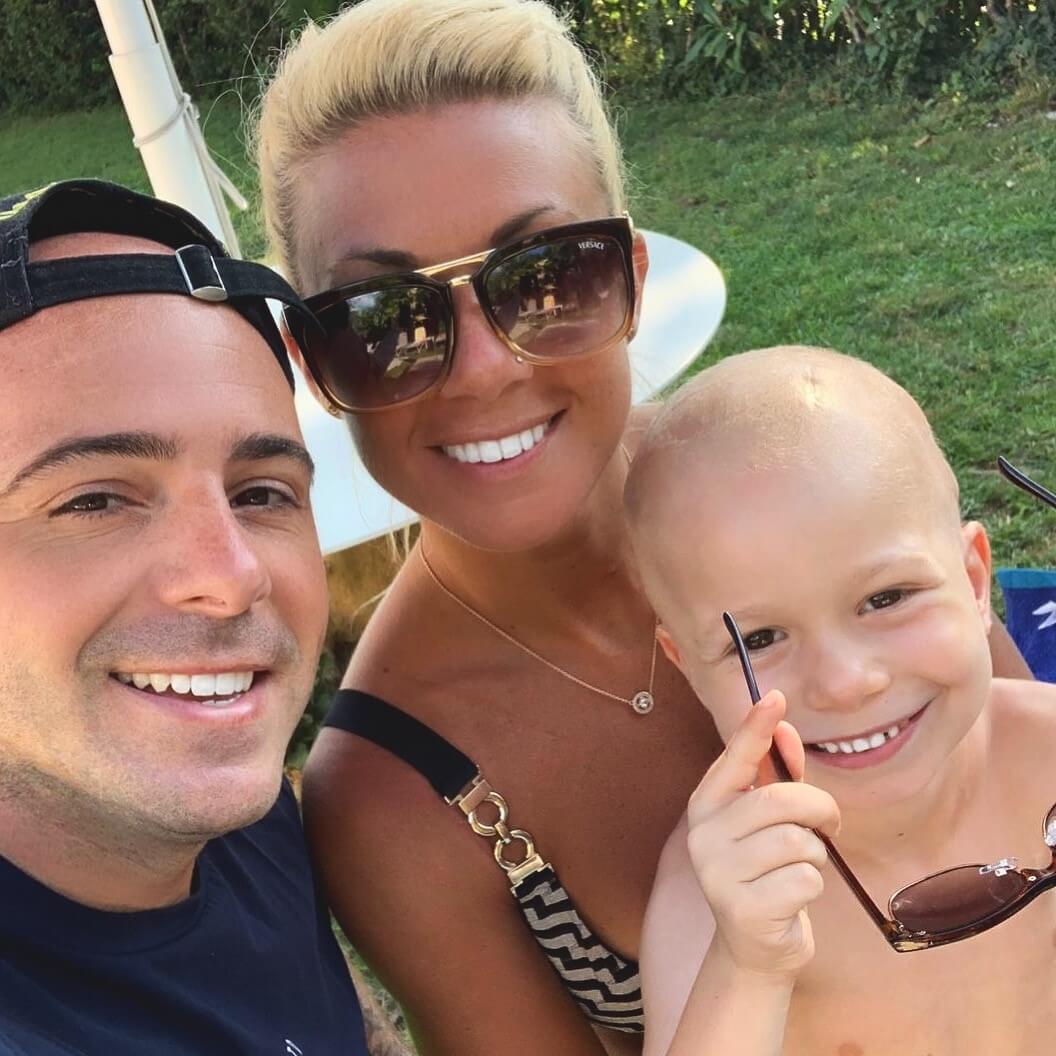 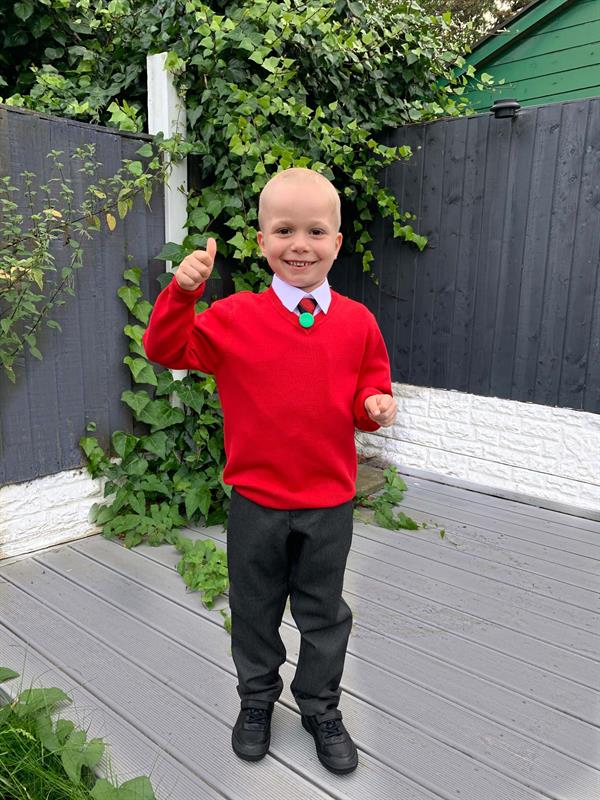