Teenager Amber Hanna, from Belfast, suffered from migraines for as long as she could remember. After several years of going back and forth to the doctor to try find the cause, her brain tumour diagnosis eventually came in February 2020, when her tumour burst and she was rushed to hospital having suffered a serious haemorrhage. Amber, 17, went on to have brain surgery to remove the low-grade tumour and is now, finally, on the road to recovery.

Over the years I have missed so much school, due to suffering from severe headaches and migraines. My mum took me to the GP over and over again to try to get me referred for a scan but we were always told it was just migraines, caused by stress. I actually felt as if my migraines were causing me to be stressed and not the other way around. I would get a throbbing pain in the left side of my head, blurred vision and ringing in my ears. It was particularly bad in the morning, so waking up for school was really hard. My attendance was so poor and I was put on a reduced timetable, so I didn’t have to start until later in the day.

“My school didn’t seem to understand why I struggled so much. I didn’t tell a lot of my friends, as I began to think maybe everyone got migraines.” 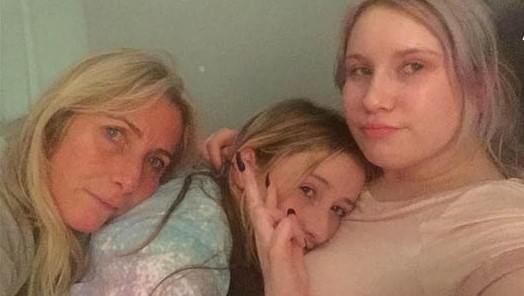 I live at home in North Belfast with my mum Daniella, my 26-year-old brother Sebastian and my 23-year-old sister Charlotte. On the morning of 24 February 2020, I woke up feeling worse than ever and I was throwing up. I don’t remember much after that but apparently, I went into my mum’s bedroom and she called the GP. They asked her to bring me into the surgery but she couldn’t, as I was unable to move, so the doctor phoned an ambulance. The paramedics came and took me to Royal Victoria Hospital (RVH) in Belfast. They scanned me and the first thing they discovered was a haemorrhage in my brain. Later they found a tumour, which had burst, causing my sudden and extreme symptoms. My tumour was a rare choroid plexus tumour. The most common symptom of this tumour-type is headaches caused by hydrocephalus, the build-up of fluid in the brain because these tumours form within brain tissue called the “choroid plexus” that produces cerebrospinal fluid (CSF). They can alter the production of this fluid as well as causing symptoms, due to their mass.

“I was admitted to the RVH and operated on the same day. They removed part of my skull on the right side to fit a drain to reduce the build-up of fluid.”

I then had a second surgery to inject glue into the tumour, to make it easier to go in and remove it. My third surgery, to remove the tumour, was two days later. My amazing surgeon, Mr Mano Shanmuganathan, works at The RVH but lives in England. I’m told he cancelled his flight home, in order to stay and operate on me, as it was so urgent. I am so very grateful to him for that. I don’t remember any of my first week or so in hospital but I did recover well following surgery, apart from a few weird episodes when I felt really sick and vomited. Following my operation, I also developed epilepsy, which I was given medication to treat. The first meds they gave me brought me out in a rash, so I switched to Keppra, which I responded well to and which I am still taking now. The other after effects of surgery included a completely numb left arm and weakness in the left side of my body. 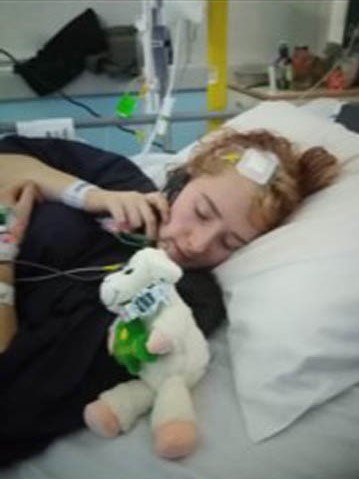 Thankfully, my mum was able to stay with me in the hospital. I was 16 at the time and on an adult ward but some of the doctors who came to see me were paediatric. Sebastian stayed a few nights with me as well, to give Mum a rest, as she only had a mattress on the floor to sleep on. After 27 days in hospital, I was finally discharged on 13 March 2020.

“I probably would have stayed in longer, if it weren’t for the outbreak of Covid-19 but I think they were trying to free up beds and protect patients from contracting the virus.”

I felt very out of it when I got home. My medication hadn’t worn off and with the situation with the pandemic escalating, I felt really confused and disorientated. I remember going to the shops for the first time after I was discharged and people were wearing masks and social-distancing. It was all very strange. In other ways though, it was good timing being in recovery from my surgery as the country went into lockdown. Staying in and resting was easy, as nobody was going out anyway! 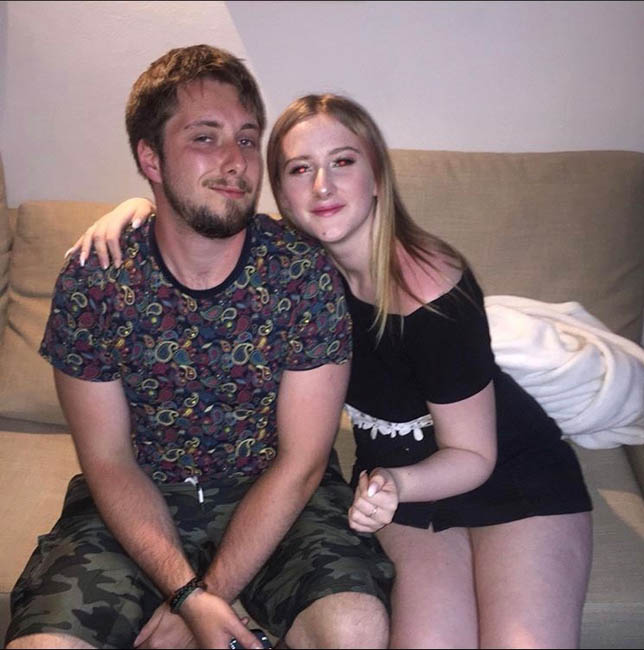 “There is a bit of the tumour left, which they weren’t able to remove but the good news is that it is a low-grade (grade 1) tumour and they tend not to grow back.”

I was initially going to continue being scanned annually but I’m now having MRI scans every XX months, as I am still suffering from seizures. I haven’t gone back to school yet. I managed to sit some of my GCSE exams in the summer but, unsurprisingly, I didn’t get the grades I should have got. I was thinking of going back to do sixth form but I would have to re-sit my maths and English, which I don’t feel ready to do. I would love to go to Further Education (FE) college to study history and politics. Originally, I wanted to go into medicine but I get freaked out by needles and blood, even though I’ve had to become less squeamish after everything I’ve been through. My mental health is so much better than it was before my diagnosis and my physical health continues to improve. The positive side of having emergency surgery was that I didn’t have time to get anxious about the operation – it just happened! Above all, my family and I are just so relieved they found it and that it was treatable and I no longer suffer from the debilitating migraines I used to endure. 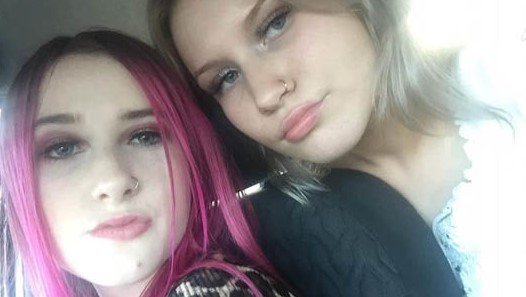 If you have been inspired by Amber’s story, you may like to make a donation via or leave a gift in your will via www.braintumourresearch.org/legacy 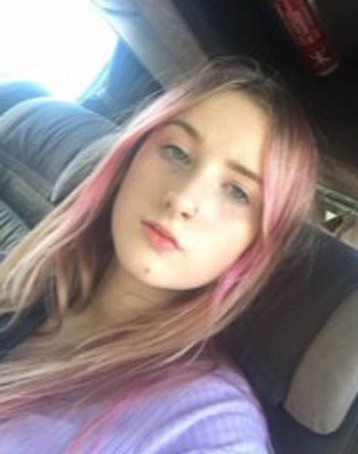