Former public relations (PR) officer Abi Smith, from Stirchley in Birmingham, was used to a busy and fast-paced way of life before she was diagnosed with a high-grade glioma in June 2019. After a long-haul flight to America, Abi began to suffer from severe double vision, prompting her to seek medical help whilst overseas. With the results of a CT scan coming back as inconclusive, concerned Abi went to A&E on her return to the UK, and she was admitted to hospital for a month and was given the devastating news that, at just 24 years of age, she had a brain tumour. Since her diagnosis, Abi has retained a positive outlook and wants to share her story to inspire others living with their own diagnosis.

At the time I was diagnosed with a brain tumour, I was working as a PR officer for an agency in Manchester. The job was fast-paced and demanding, meaning I would sit in front of a screen for a long time, typing away. I developed a pain in my right wrist and forearm, which lasted about a month, and I thought I had carpel tunnel syndrome from the typing. It wasn’t until I went to America for my cousin’s wedding in June 2019, that everything started to get worse. 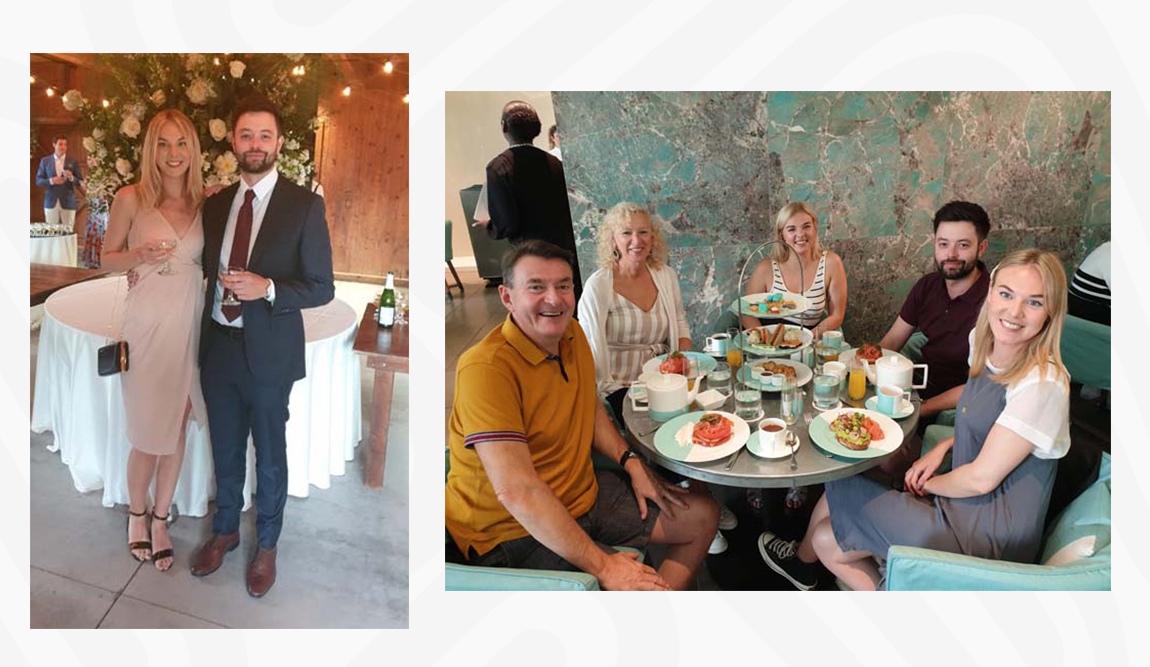 When I landed in Boston, I had double vision. I was walking around the airport and it was so disorientating, I saw multiple of the same thing and struggled to focus my eyes. It stayed like this for the two weeks I was there. When I lost mobility in my right arm and leg I went to a local hospital for a CT scan, which didn’t pick anything up and as far as doctors could see, there was nothing of concern.

“As soon as I stepped off the plane in the UK, I went straight to Queen’s Hospital A&E in Burton upon Trent, leaving my suitcase in the car.”

When I arrived, doctors thought I had had a stroke because I was unable to move the right side of my body, including my eye, which turned inwards. The stroke ward was full of people who were much older than me. I spent the next few weeks in hospital, still not having been back to my apartment in Manchester since stepping off the plane.

Doctors were throwing around different possible diagnoses, thinking my symptoms could be multiple sclerosis (MS). I was blue-lighted to the Queen Elizabeth Hospital in Birmingham, the city where my parents live, and had a full body MRI scan, which revealed I had a brain tumour.

“I was diagnosed with a grade 3 (high-grade) glioma , which are often faster growing when compared to a tumour classified as low-grade.”

When I was given my diagnosis, I was on my own in hospital and although I was terrified, I felt a sense of relief that there seemed to be  a possibility of curing the cancer, unlike living with MS.

The tumour was growing at the base of my brain, with part of it spreading along the top of my spine and although the tumour on my brain is inoperable due to its location, the tumour on my spine was successfully removed in July 2019.

After the biopsy I was on pureed food for two months as I lost my swallow reflex. 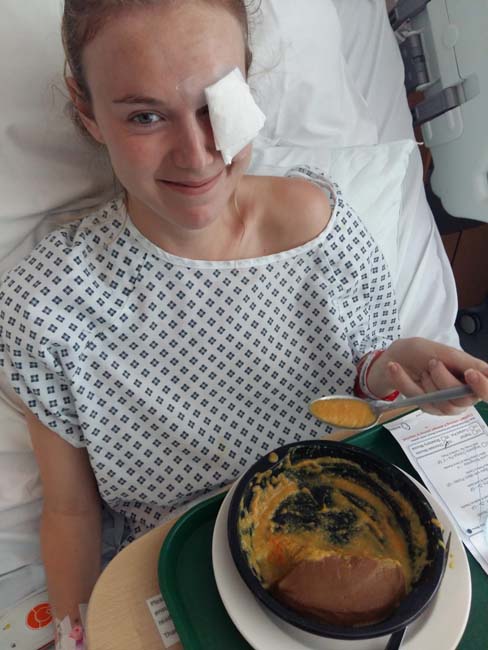 I had six weeks of radiotherapy and six months of chemotherapy to treat what was left of the tumour, which caused me to lose my hair. This was a shock at first but, the way I saw it was, hair can regrow and was a small price to pay for all the amazing treatment that managed to considerably shrink the tumour. I went for my first wig fitting in August 2019, shortly after my 25th birthday. This was completely free on the NHS and made me feel like me again. Also, because I was under 25 when I was diagnosed, the Little Princess Trust donated a wig to me. Both wigs made me feel a million times better every time I wore them. I felt very lucky, as I know real hair wigs can be very expensive. 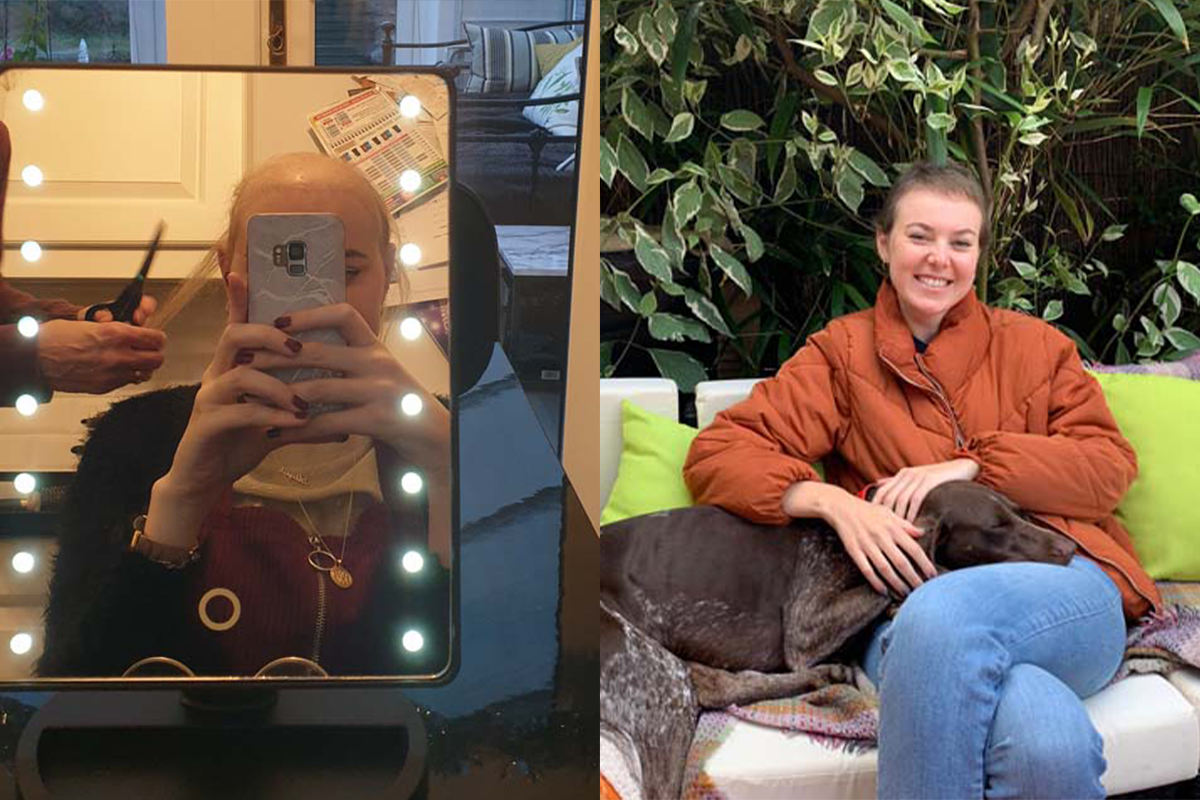 Over the last three years, regular scans have shown my tumour has remained stable.

I asked the doctors to tell me everything that I needed to know about my tumour-type; I wanted to know what we were dealing with. In the beginning I couldn’t look at the statistics around brain tumours, as I found them too negative. I wanted to crack on with treatment so I could carry on living my life. 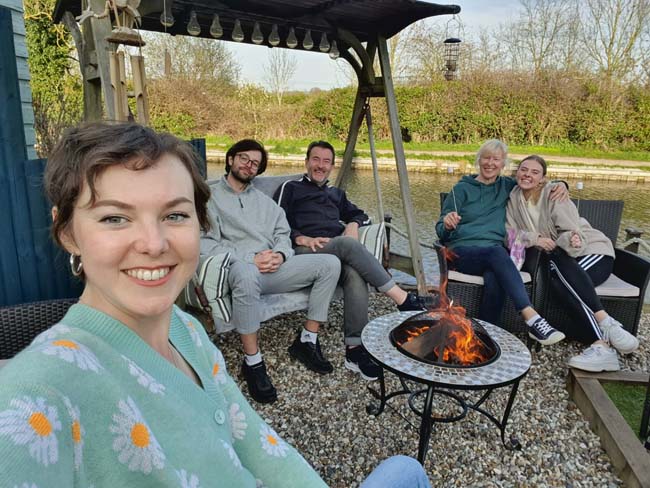 My family was shocked and upset about my diagnosis. They knew I didn’t want people to dwell on it, I even said to them: ‘I don’t know why you’re crying, I’m not going anywhere’ and that’s something I have lived by ever since I was told I had a brain tumour.

My diagnosis has led me to a curiosity in nutrition and cancer treatment. This was fuelled by doctors prescribing a supplement drink to help me with loss of appetite, which is a side effect of chemotherapy treatment. 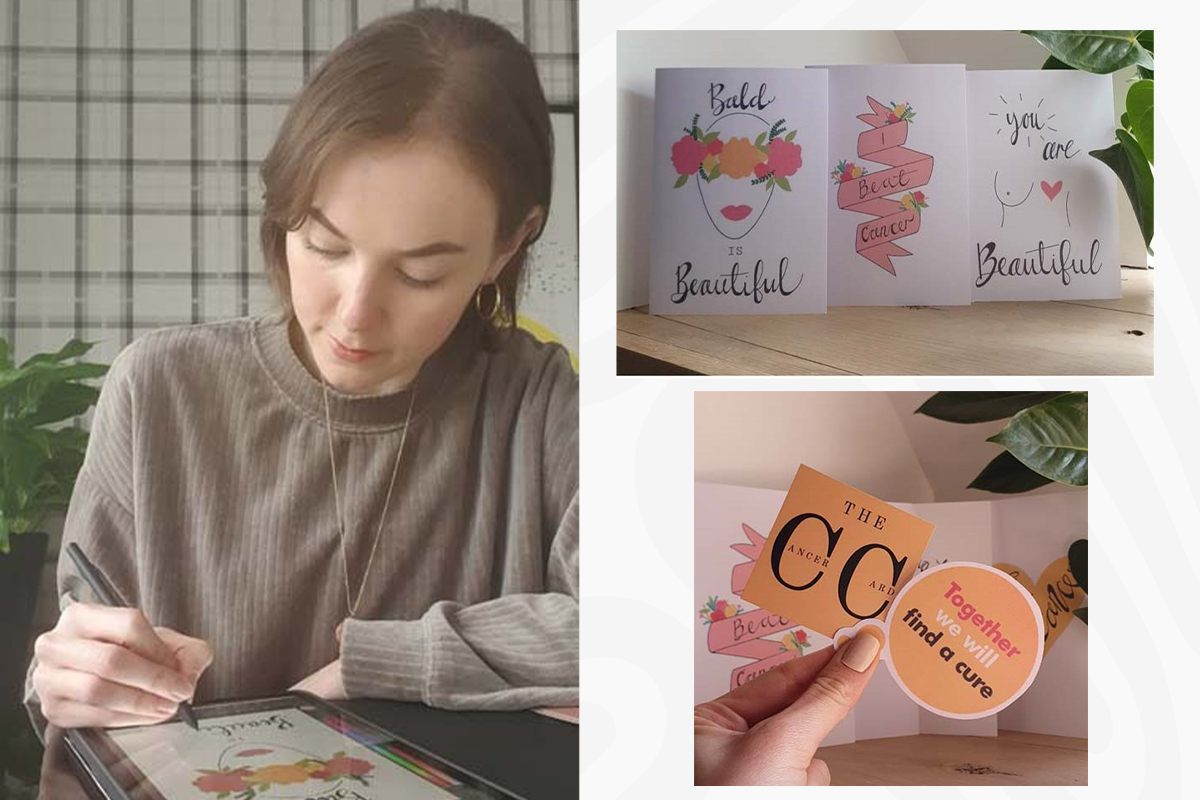 Suffering from fatigue and having a low attention span meant working a full day, like I did before, was, and still is, almost impossible. So, I had to give up work. During February 2021, I started to feel better and ready to try something new, so I decided to set up a business making greetings cards for people who are going through cancer treatment. Starting “The Cancer Card” really helped me and meant I could dip in and out of it whenever I felt motivated to do so. My cards have so far raised almost £1,000 for Brain Tumour Research. My family and friends have also joined in with fundraising by taking part in half marathons and cycle challenges, raising almost £16,000 in total. 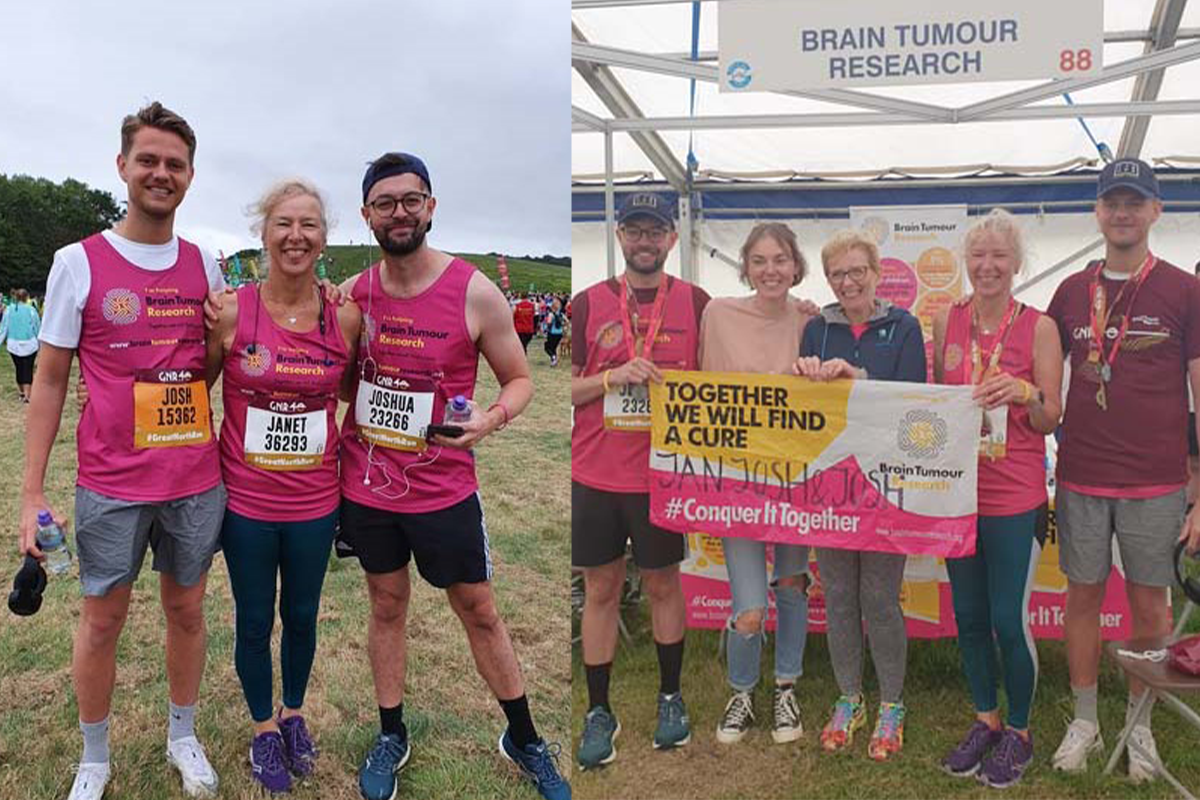 My positive outlook on life still remains firmly in place, and I’ve been able to maintain calm in difficult situations which has helped me fully embrace life with a brain tumour. I hope that by sharing my story I can offer hope to someone going through their own diagnosis. 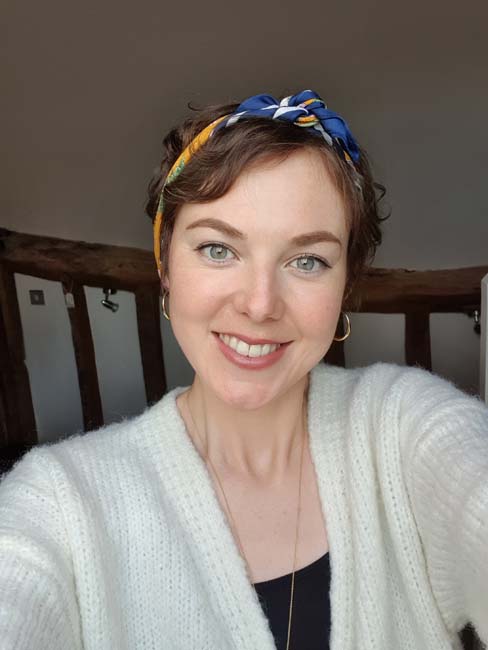