One in three people know someone affected by a brain tumour 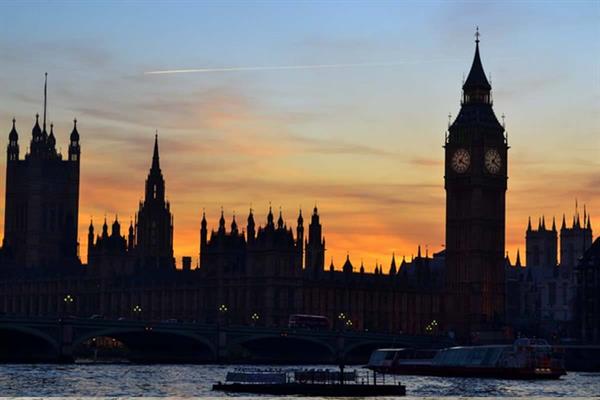 In case some of you missed this last week, let’s begin this update by repeating the news that Brain Tumour Research has announced a series of online presentations about our plans to fund a new Centre of Excellence.

Dr Karen Noble, our Director of Research, Policy and Innovation, will set out what makes a Brain Tumour Research Centre of Excellence. She will explain the application process from initial submission to full application, international peer review, site visits through to the planned announcement of the new Centre in March, which is Brain Tumour Awareness Month.

Joining Karen online will be Russell Marriott, our new Director of Income Generation, who will share his vision on how we will achieve the financial targets required and explain the many ways in which you can help us achieve our goal of creating a sustainable network of seven Brain Tumour Research Centres of Excellence across the UK.

The duo will be presenting on Wednesday 20th July from 6pm – 7pm; Friday 22nd July from 9.30am to 10.30am; and Thursday 4 August from 1.30pm – 2.30pm. Please email me, Hugh@braintumourresearch.org, to register your interest in joining the presentations via Zoom.

We are often approached by the national media asking us to comment on new statistics around brain tumours or our reaction to a high-profile diagnosis. For us the challenge is to balance the stark facts surrounding brain tumours with hope, optimism and the sense that working together we can make a difference and have an impact.

Last week we were asked to comment on a proposed piece on brain tumour incidence for a national newspaper because the piece as originally written was “all a bit too miserable.”

Of course, we would never downplay the seriousness of the disease and the vital need for research and research funding but what could be more a cause for optimism than the creation of a new brain tumour research centre? In the revised piece we were able to say “We’re publishing papers at the moment which should lead to clinical trials, and we’re opening a new, fourth research centre, so there really is hope. I feel very optimistic that in the next 12 months we’ll see significant government funding into this area, which will translate to saving lives.”

I often think about this quote from our campaigning champion Peter Realf: “Research gave my son hope. The campaigning we have done since Stephen died in August 2014 at the age of 26 and the impact we have had since, has given me the belief that he didn’t die in vain. But the bold words and optimism of 2018 need to be matched by actions and those making such announcements need to know they will be held to account.

“When my son was diagnosed in 2008, his oncologist said: ‘who knows what we will know about brain tumours in 10 years’ time?’ This gave him hope; research gave him hope; he hoped things would change, improve and save him. My hope for other families lives on through research.”

As campaigners our hope lives on through political change and more money getting to vital discovery science. We have built up some notable political relationships and we believe they will outlive the current period of change. In particular we would like to join other members of the scientific community in reacting to the resignation of George Freeman as Minister for Science, Research and Innovation by wishing him well and thanking him for his recent endeavours on behalf of Brain Tumour Research. Wherever and whatever his next posting is he will remain a constituency MP as well and we look forward to engaging with him again.

George is supporting Penny Mordaunt’s campaign to be the Conservative leader and our next Prime Minister. It was our pleasure to engage with Penny when she was first elected to the seat of Portsmouth North, the site of the first Brain Tumour Research Centre of Excellence. Penny both visited that lab and has attended our Westminster events.

Of the other original candidates for leadership of the country (and the numbers are reducing all the time until the final two are announced) Jeremy Hunt asked this question below of then Health Secretary Sajid Javid on 1st March this year:

“Today is brain tumour awareness month. The Secretary of State kindly wrote to me in January when my mother died from a brain tumour and Baroness Tessa Jowell was much loved on both sides of this house. She also of course died from a brain tumour. Given that it is the biggest cause of cancer death for the under-40’s and we still don’t know what causes them, does he agree that this should be a priority for research so we understand as much about brain tumours as we do about other cancers.”

“Mr Speaker, can I once again express my condolences to my Right Honourable Friend for his loss. He’s absolutely right to raise this and the need for more research and that is one of the reasons why, back in 2018 we announced £40 million of extra research funding over the next five years. I can tell him some £9 million of that has already been committed to some ten projects, and in addition the Tessa Jowell Brain Matrix is an exciting new trials platform that will give people with brain cancer access to trials and treatments that are best suited for their individual tumours.”

At the time we wrote to Mr Hunt to offer condolences for the loss of his mother but also to remind him that ‘back in 2018’ when funding opportunities were being announced by NIHR and CRUK, Mr Hunt, then secretary of State for Health himself, said “While survival rates for most cancers are at record levels, the prognosis for people with brain tumours has scarcely improved in over a generation. I am grateful to Baroness Jowell and other MPs who have campaigned with great dignity and courage to raise awareness of this issue. Our ambition is to deliver a big uplift in the funding of brain cancer research, while galvanising the clinical and scientific communities to explore new avenues for diagnosis and treatment in the future – it is a chance to create a genuine, step change in survival rates for one of the deadliest forms of cancer.”

As we noted in last week’s news, we believe that the NIHR total for money deployed has since been updated but remains significantly less than half of the money available

Also noted last week was that another early leadership candidate Sajid Javid supported Wear A Hat Day ( see his supportive tweet here) and has stated his determination  ‘to see ‘frontline’ brain tumour funding.’ His initial involvement was triggered by the lobbying of our activist, and his constituent, Penny Church and the story of their beautiful son Finlay.

On Feb 1st another candidate for the leadership Kemi Badenoch wrote on her Twitter account about the recent death of her father “I cried more times in the last 5 months than I did the 40 years before.  He had a brain tumour that took a bit of him away from us each day. It’s been agony coming to terms with what I knew was coming...”

So, from the original ten candidates to be our next PM there are four we know to have a brain tumour connection, but this shouldn’t come as a surprise because according to a recent survey commissioned by us:

One in three people know someone affected by a brain tumour.

In next week’s update we’ll review Tuesday’s meeting of the APPGBT inquiry which is taking oral evidence from charitable funders on brain tumour research, we’ll report back on a Wales Cancer Alliance meeting with the Minister of Health, we’ll introduce you to the newest member of our Public Affairs and Policy team and we’ll look back on GBM Awareness week which begins on Monday.