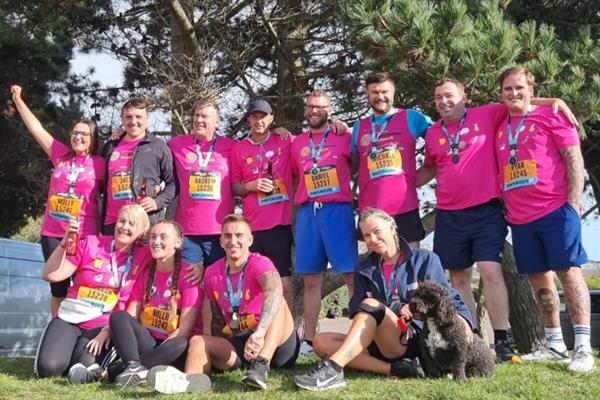 The family of a man who died from a brain tumour took on the Great South Run to raise funds for research to help find a cure.

Graham, founder of Portsmouth Demolition Salvage Ltd, was diagnosed with a glioblastoma (GBM) in July 2019, after suffering what was initially thought to be a stroke. He underwent an awake craniotomy, followed by gruelling chemotherapy and radiotherapy, but he died just 16 months later in November 2020, aged 67.

It was the second year that a group of almost a dozen runners took part in the event, hoping to add to their £6,200 from last year’s fundraising. This year the team consisted of nine family members and two employees; two of Graham’s children including his son Andy Green, who took over the company after his father’s death, and four of Graham’s grandchildren whose ages range from 20 to 27.

Graham’s eldest daughter, Sharon Hayward said: “Dad set up the company when he was a teenager and we are a very close team. When he became unwell, we all wanted to do something to help him, and others diagnosed with the disease – it felt right.”

To donate to Brain Tumour Research inspired by Graham’s story, please click here and include ‘Graham Green’ as your reason in the comments box.