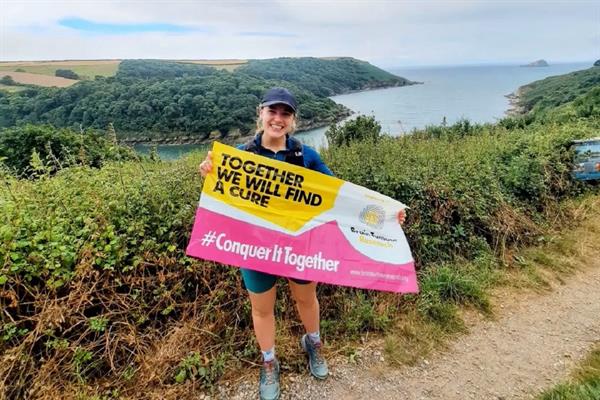 The daughter of a man who died from a brain tumour will lace up her trainers for a back-to-back marathon challenge in his memory.

Lianne Jackson will run three marathons in as many days as part of the Atlantic Coastal Challenge from Friday 7th to Sunday 9th October. She will cover 126.6km of undulating coastal trails with the support of her brother Luke, as well as her partner and uncle.

Her epic challenge is in memory of her dad Keith Jackson, who died from a glioblastoma (GBM) in February 2020, aged 54, just three months after his diagnosis.

Lianne is hoping to raise £2,740 to sponsor a day of research at one of our Centres of Excellence. To help raise awareness she has shared her story, including in The Sun and Mirror, and has received a number of donations including many from strangers, which have helped to boost her fundraising total to more than £1,300.

She said: “Dad encouraged me and Luke to live our lives to the fullest and didn’t want us to see him ill. He had a few sessions of radiotherapy which made him very sick and he decided to stop any further treatment, and eventually became bedridden and stopped eating.

“Raising money for Brain Tumour Research is my way of honouring him through something I know he would have supported.”