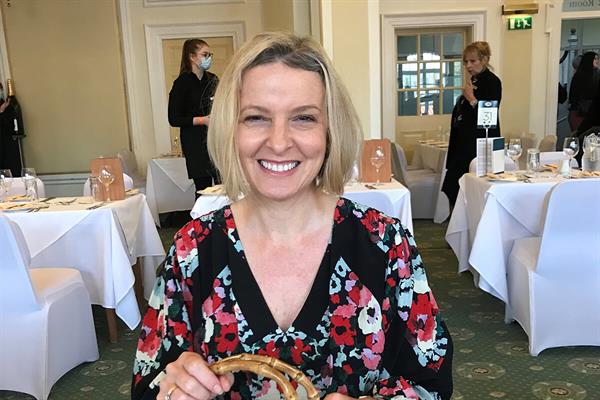 A man has launched a Fundraising Group supporting Brain Tumour Research after his daughter-in-law was diagnosed with the disease.

Paula Coates was 47 when she was diagnosed with a glioblastoma (GBM) in 2021. She underwent surgery, followed by radiotherapy and chemotherapy.

Paula tried to be positive and imagined “being one of the lucky ones” but, after two stable MRI scans and the end of treatment, another MRI in February this year showed regrowth. Despite further chemotherapy and being put on steroids, a subsequent scan showed that the tumour had continued to grow.

Inspired by his “positive, vivacious, active and totally smashing” daughter-in-law, Ray Coates has launched the Paula Coates Fund to help find a cure.

The Fundraising Group held its first event on Thursday 30th June with a golf day at Pike Hills Golf Club in York. More than 160 people played in teams of four in what is known as a 4-Ball Better-Ball competition. Each of the 18 holes at Pike Hills was sponsored for a donation of £100 to £125, with the main sponsor Volkswagen car dealership JCT600 in York sponsoring the 15th hole and offering an electric car for the weekend to the person whose drive off the tee got nearest the pin.

There were also prizes for the best male and female teams, as well as a raffle and tombola to boost the fundraising.

Ray said: “The event was really well attended and the weather was kind. I had set a target to raise £5,000 and was delighted to have made that and more.”

To donate to Ray’s fundraising inspired by Paula go to www.braintumourresearch.org/donation/donate-now and give Paula Coates as your reason for donating.