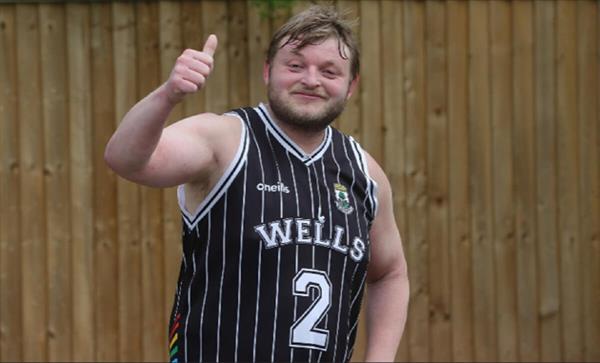 A man is preparing to run 50 miles in one day to raise funds to help find a cure.

Tom Palacio is aiming to complete the epic distance in less than 12 hours on 16th July to raise awareness and fundraise for Brain Tumour Research after his friend, James Pullen died from the disease in 2015.

James was diagnosed with a brain tumour in 2010, aged 22 after suffering from seizures. He underwent surgery and radiotherapy which successfully shrunk the tumour. However, over the course of the following six years, the tumour recurred twice and despite further surgery and months of chemotherapy, James died in December 2015, at the age of 28.

Since James’ death, Tom and others have raised more than £20,000 for Brain Tumour Research by organising memorial rugby matches, annual Christmas raffles, and a cycle from John O’Groats to Land’s End.

The money raised so far has sponsored the equivalent of seven days of research at our Centre of Excellence at the University of Plymouth. In April, Tom, along with James’ parents Sarah and David, and friends Tommy Corns and Joe Phelps placed tiles in James’ memory on the Wall of Hope.

Tom, who hopes to raise £2,740 to sponsor another day of research, said: “In 2021 I ran 10 miles a day every day for nine days and on the 10th day I ran a marathon. To run 50 miles in one day, setting off at 6am will be a huge test not only physically, but mentally too.

“Fundraising gives me the space to think about James and is a way of keeping his memory alive.”