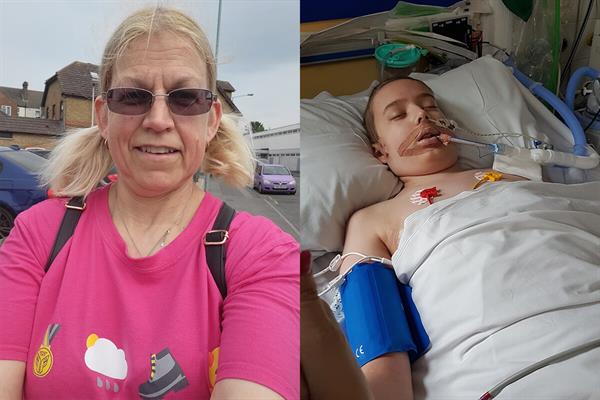 A woman who lost her teenage son to a brain tumour has reached the final day of her Jog 26.2 Miles in May challenge.

Carole Crayford took on the challenge inspired by the death of her son, Michael, aged 13. Michael was diagnosed with an immature teratoma – a type of intracranial germ cell tumour (GCT) – in September 2016. He underwent five brain surgeries, intensive chemotherapy and radiotherapy but died six months later, in March 2017.

Carole said: “It’s been five years since Michael died but sometimes it still feels like five minutes. The grief never ends but some days are better than others and I know I’ve got to carry on because I can’t let Michael down.”

“Brain tumours are much more common than people think and it’s ridiculous how little funding the government gives for research into the disease.”

She added: “We need to raise more awareness because otherwise it’ll just keep getting brushed under the carpet and people will continue to think, like I did, that it’ll never happen to them.

“As Michael said: ‘we’ve got to help people because one minute you’re sailing along and the next it can all change’.”

Our thanks and congratulations go to all the supporters who took on Jog 26.2 Miles in May.