From one Harry to another: England captain sends video message to young brain tumour patient 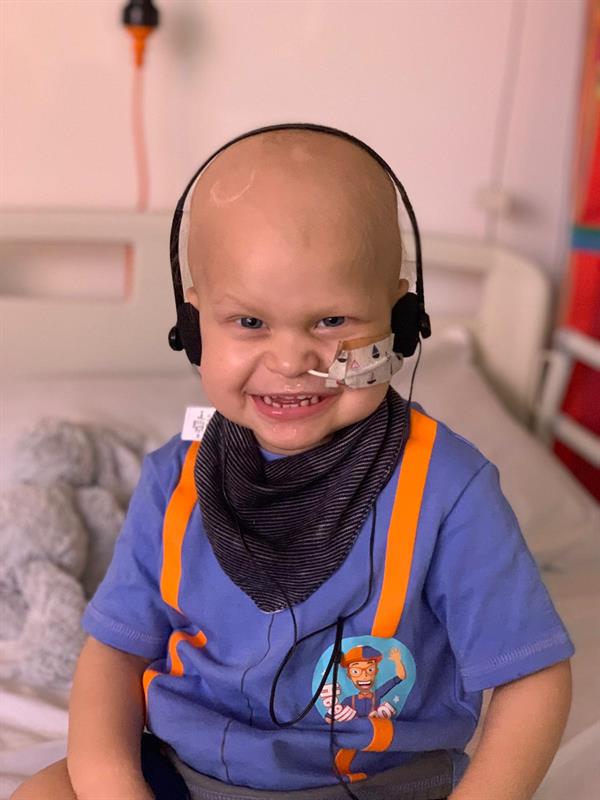 England captain Harry Kane took time out of his last day of training before the Euros final, to send a special message to a Suffolk toddler fighting a rare brain tumour.

Yesterday (9 July 2021), brave two-year-old Harry Crick, from Suffolk, received the surprise video message, in which Kane wishes little Harry all the best as he fights an embryonal tumour with multi-layered rosettes (ETMR).

In the self-filmed video, the star England player said: “We hope can put a smile on your face tomorrow night but I just wanted to send my best wishes. All the best guys.”

Harry was diagnosed with the rare brain cancer in December 2020, after he became unwell with a cold and was unsteady on his feet. ETMR is classified as grade 4, meaning that it is very aggressive, with a prognosis of just 12 months.

Harry is now in Germany, where he is receiving proton beam therapy to tackle the remaining cells of his tumour.

Harry’s dad Matt Crick said: “My wife, mother-in-law and Harry’s older brother James are here in Germany with us but heartbreakingly, Harry’s other two brothers, Olly and Finley, are back in the UK and we miss them terribly. It was such a fantastic boost to get a video message from Harry Kane. It’s incredible that the ‘man of the moment’, took time out to do this, the day before the biggest football game of his career to date. We’re so grateful and will be cheering him on tonight when he leads the team out to face Italy. Come on England!”

A GoFundMe page has been set up, asking for donations to help cover some of the costs associated with relocating to Germany. The family has also raised £2,270 for Brain Tumour Research via a Facebook Fundraiser and they’re sharing updates on their Facebook page, Our Harry, Our Hero.