RAF dad running 5k a day in memory of brother 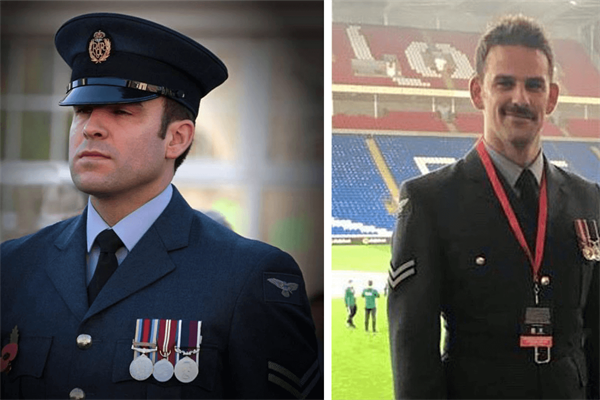 A Royal Air Force (RAF) aircraft engineer is running 5k a day for 27 days in November to raise money to help find a cure for the disease which killed his brother.

Having started his challenge on 1st November, Corporal (Cpl) Michael Hard will run 5k every day until 27th November, marking the fifth anniversary of the death of his brother, Cpl Anthony Hard.

Anthony (pictured left) was diagnosed with an oligoastrocytoma brain tumour after suffering from headaches and a seizure at his military base in Afghanistan in 2011. He passed away four years later in 2015, leaving behind his wife Nahella, daughter Reagan and son Casey.

Running in Anthony’s memory, Michael (pictured right) was thrown a curveball after he was told he needed to self-isolate for two weeks. But he is not letting that stop him and is running 5km in his garden for the duration of his isolation.

Michael said: “I completed the first 5k with my daughter Olivia – she’s planning to join me for a run every weekend. I have been overwhelmed by the support I’ve had from relatives, friends and colleagues, who’ve donated generously and even taken on their own 5k runs, in solidarity.

“My wife and I recently discovered our close family friend Rachel, a mum-of-two, has been diagnosed with an astrocytoma brain tumour. Her shock diagnosis is another reminder of just how underfunded this area of cancer research is and how more awareness is needed to help find a cure.”

So far, Michael has raised £1,725 and his challenge has been featured by ITV Wales and the South Wales Argus. If you would like to support him, please visit his fundraising page.