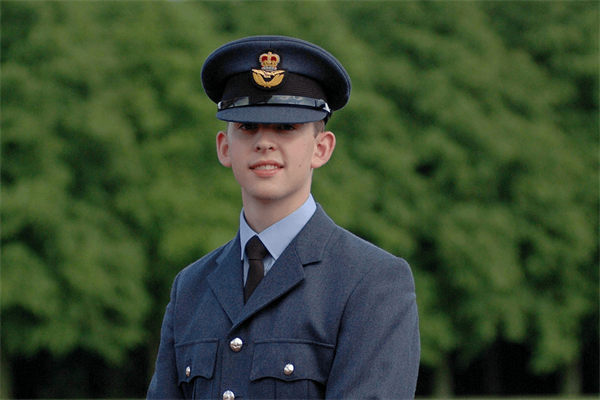 Today marks the sixth anniversary of the death of Stephen Realf.

A young RAF pilot, who was 26 years old when he died.

His sister Maria said: “Stephen packed more into the six years after his brain tumour diagnosis than most people do in 86. But he couldn’t keep fighting forever. To me, he will be forever dashing, forever dignified, forever beaming that beautiful big smile.”

Stephen’s father Peter added: "In 2015 I met the amazing team at Brain Tumour Research, who inspired my daughter to launch a Parliamentary petition which was signed by 120,129 members of the public. With the support of the charity the petition became the subject of a Westminster Hall debate attended by over 70 MPs, and out of the debate the DHSC Task & Finish Working Group on Brain Tumours was formed. This culminated in 2018 when the Government announced £40million being available to fund brain tumour research over the following five years.

“Research gave my son hope, the campaigning we have done since Stephen died and the impact we have had has given me the belief that my son did not die in vain but the bold words and optimism of 2018 need to be matched by actions and those making announcements must know they will be held to account.”

Brain tumours are still killing more children and adults under the age of 40 than any other cancer, and despite these promises of increased investment in research from the Government and larger cancer charities we are still not seeing parity of funding with other cancers such as breast, prostate and leukaemia.

In 2020 we learn that only £6 million of the promised Government money has been spent and the pandemic has seen CRUK warning of a £150 million downturn in their research spending. Where does this leave brain tumour research?

Please sign our 2020 petition #braintumourpetition. The memory of Stephen and the determination of his family showed the way with the e-petition in 2015, six years on from his death we have another opportunity to make the voice of our community heard loud and clear across the country – let’s do that together!