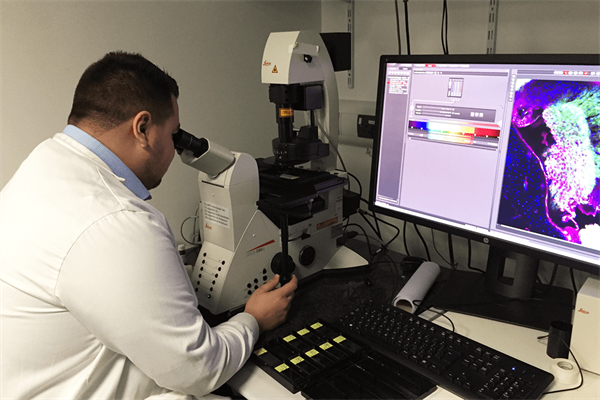 Some amazing stuff here though as a ground-breaking technique, uses low-frequency ultrasound to burst microscopic tumour-targeted bubbles. Microbubbles are microscopic bubbles filled with gas, with a diameter as small as one-tenth of a blood vessel. Soundwaves can cause microbubbles to act like balloons and allow the transferring of substances from the blood vessel to the surrounding tissue. Lower frequencies actually cause microbubbles to expand until they explode and this discovery can be used as a tumour-treatment platform. Click through to find out more about using the microbubbles as a Trojan horse carrying immunotherapeutic genes too! Although this research involved work on breast cancer the ambition is to move toward brain tumours because the blood-brain barrier does not allow medications to pass through, but microbubbles can expand and enable a temporary opening of the barrier, thus letting the treatment reach its target without requiring an operation.

Researchers at Washington University in St. Louis are developing a method to diagnose brain tumours without any incisions. The method uses ultrasonic energy to target tumours deep in the brain. Once located, the researchers inject microbubbles into the blood that travel to the ultrasound-targeted tissue, then pop, causing small tears of the blood-brain barrier. The ruptures allow biomarkers, such as DNA, RNA and proteins, from the tumour to pass through the blood-brain barrier and release into the blood, which can be tested with a liquid biopsy.

A test that analyses DNA in blood has accurately identified and classified different types of brain tumours, including low-grade and more aggressive brain cancers. If the findings are borne out by further studies, the test—a type of liquid biopsy—could be used to help diagnose brain cancer without the need for invasive tissue biopsies, which can be risky and costly. The ability to noninvasively detect and classify brain tumours before surgery could help doctors determine the best course of treatment, better plan surgery, and even eliminate the need for surgery in some people. The test may also prove useful in noninvasively monitoring whether patients are responding to treatment. Being able to diagnose and monitor brain cancers without the need for invasive biopsies is one of the holy grails of neuro-oncology

According to new data specific genomic biomarkers can identify glioma patients most likely to benefit from post-radiation chemotherapy and be a significant predictor of overall and progression-free survival and should lead to  treatment of glioma patients being based on their underlying genomic characteristics. Chemotherapy regimens can be highly effective but can at the same time harbour significant risk of serious toxicities for high-risk, low-grade glioma patients. It is critical to identify, before treatment starts, which patients would derive greatest survival benefit from a PCV-based chemotherapy regimen while sparing others, who do not derive such survival benefits, from its potentially harmful side-effects.

Anti-androgens are known to increase the effectiveness of radiation therapy for prostate cancer patients, helping to slow the rate at which the cancer can repair DNA damage caused by the treatment so could prostate cancer treatment help some Glioblastoma patients? Findings have shown that several antiandrogen medicines slowed the growth of glioblastoma and made it more sensitive to radiation treatment. These results are very encouraging and they may help shed light on the differences seen in men and women. Men are slightly more likely to develop GBM and women have slightly better outcomes and this may be due to higher levels of circulating testosterone, and thus higher levels of androgen receptor signalling, in men. Crucially anti-androgens are also able to cross the blood-brain barrier.

Treatment for aggressive brain cancer shows promise in trial which includes early use of immunotherapy in combination with surgery and radiotherapy (more on this story next week).

Research news in its purest from now as investigators have developed a novel approach for utilizing 4-dimensional (4D) printing of arrays that transform from cell-culture inserts into histological cassettes that hold patient tissue samples for rapid programmable drug testing. The arrays were used to process patient derived GBM organoids reducing the average testing time by several weeks.

Finally this is what is happening in Australia - $9.9 million for research to improve life for brain cancer survivors – well done to our friends in Australian brain cancer charities and lobbying organisations. These things don’t just happen – people make them happen.

Help us make parity of funding for UK based brain tumour research happen by clicking here to sign our petition.